Ireland captain Jonathan Sexton says he wants to go out on a high after confirming his latest IRFU contract extension will be his last one.

It was announced yesterday that Sexton, who turns 37 in July, has signed a new deal that will bring him up to the end of next year’s Rugby World Cup in France.

A veteran of Ireland’s RWC campaigns in 2011, 2015 and 2019, Sexton plans to bow out of the game once his side’s journey in that tournament comes to an end.

It will be 13 years ago this November that the Dublin-born out-half began his senior international career against Fiji at the RDS.

In addition to becoming a centurion when Ireland defeated Japan in the Autumn Nations Series last year, Sexton has won three Six Nations titles as well as 11 major trophies with Leinster.

Still, his appetite for the game has not dimmed and he is getting ready to embrace the final 18 months of an outstanding playing career.

“I’ll be finishing at the 2023 World Cup, I’m delighted to be able to say it,” he admitted. “I’ve been beating around the bush for six months, always nervously talking about the World Cup when you weren’t guaranteed to be there.

“I just want to make the most of these last 18 months of my career. It was always my intention to try and stay at the top of my game to get myself to a World Cup.

“I’m very thankful and grateful that I’ve been afforded that opportunity to do it. Now it’s up to me to keep working hard and to keep my body in good shape. I’m still very driven to get there and perform at a World Cup.

“That was one of the biggest factors for me. I spoke to a lot of guys that are finished with the game and they have big regrets over World Cups.

“I have a chance now to do that, but obviously it’s a long time away. We have a lot of things to focus on, but it’s great to get it sorted.”

Sexton has already put in a lot of work behind the scenes to ensure he is still able to perform at an age when most players of his kind have already retired.

There are plenty who have been able to prolong their own careers, however, and he will continue to take a leaf out of their books as he moves towards the final stages of his own rugby journey.

“You keep that and then something else comes unstuck and you have to find something else. Lots of little one-percenters with your diet or with your recovery. Speaking to the people that are really good in that area.

I’ve played with a lot of guys that played at the top of their game. Guys in Ireland that played to a top level. People that have won a World Cup like Richie McCaw, Brad Thorn. I played with Brad (at Leinster), I took a lot from him.

“Closer to home, Rory Best, Paul O’Connell, Brian O’Driscoll. All these guys played to a similar age. You take bits from all of them, Peter Stringer, Donncha O’Callaghan, the list goes on.

“It’s not like I’m the first person ever to do it. For me, I’m very hungry to stay in the international set-up.

“I don’t want to go out with a whimper, I want to go out at the top. 18 more months to make the most of a career. Hopefully we can finish on a high.”

Before he can allow himself to contemplate a fourth World Cup in the green jersey, Sexton is keeping his eye firmly set on upcoming events, and specially the final two rounds of the 2022 Guinness Six Nations.

Next up for Andy Farrell’s men is a trip to Twickenham Stadium on Saturday for a mouth-watering fourth round showdown with old rivals England. 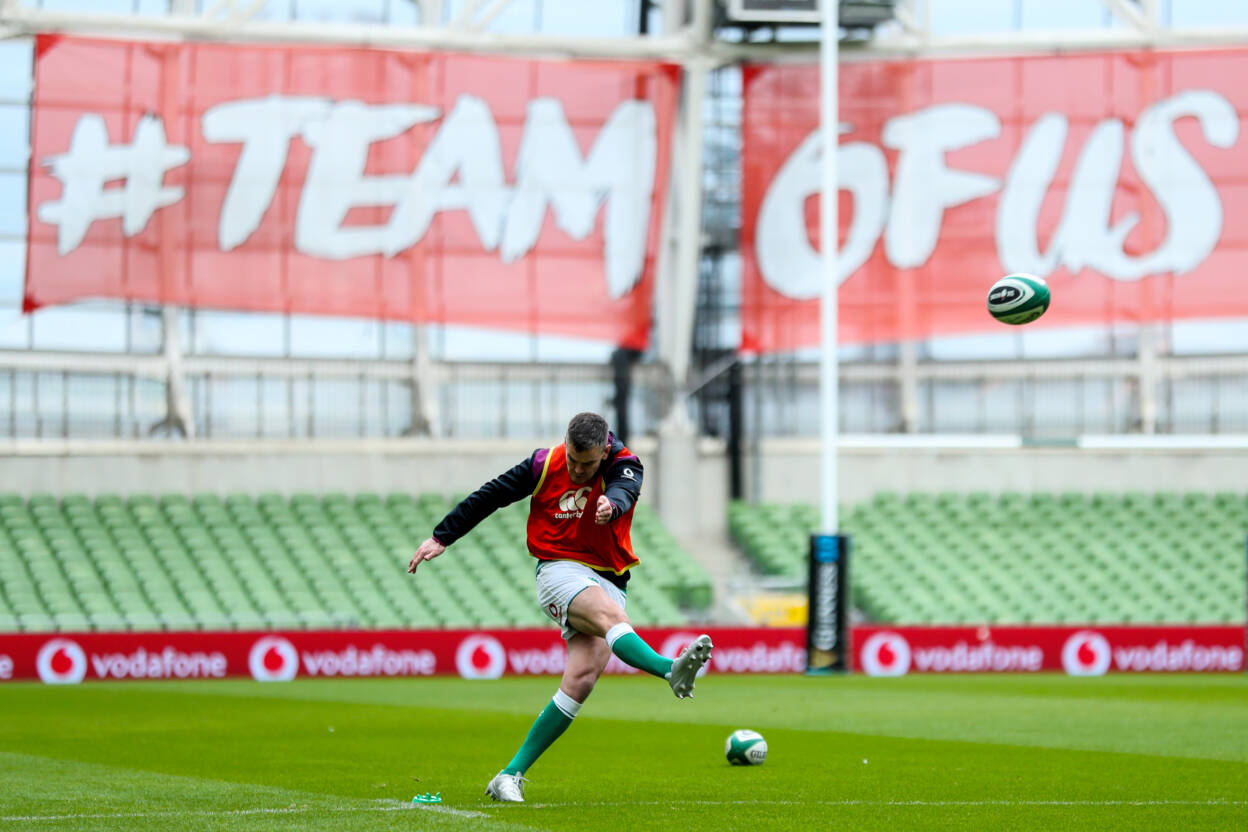 It is set to be Sexton’s seventh time to play a Six Nations game at the London venue, and to date his only victories have come in the 2010 and 2018 Championships.

Given how impressive Ireland’s home form tends to be (they have won 14 out of 15 Tests under Farrell at the Aviva Stadium), he can appreciate how tough a place Twickenham is to play at.

“We haven’t had that many successes in Twickenham over the last 10 years. A couple of wins, I think, I’ve had in that period. It’s such a tough place to go with the atmosphere,” acknowledged Sexton.

It’s such a hard thing to do in international rugby, to go into a hostile environment like this in front of majority English fans and perform. That’s what we’ve got to do.

“That’s where we’re focused, we’ve got to learn lessons from the French game. We’ll try and put them into practice and play much better.

“England will be looking to get their very best performance out there as well. It’s going to be a big Test match.”