Ahead of the south Dublin derby, which kicks off at 7.30pm and will be broadcast live on TG4, we got the pre-match views of Railway’s director of rugby and head coach John Cronin.

IrishRugby.ie: How is the mood in camp and what have your preparations for the final been like?

John Cronin: As people will have seen from Keelin Brady and Grainne O’Loughlin’s interview earlier in the week, it’s a very positive mood in the camp. We have a mantra about getting better, that everyone must commit to getting better all the time and that if you stay still in Railway, you will fall behind very quickly. That includes me, the rest of coaching team, the managers, as well as the players. Saturday is just a point in time for us, we’re on a journey of constantly getting better.

IR: You rested a number of players for last week’s game and took the sting with a 39-7 defeat. But come Saturday, hopefully that decision will pay off?

JC: This is probably two-fold. Before our 2019 AIL title win, we needed a competitive game so we went to Wasps. With the advent of the Top 4 and more competitive games (this season), we didn’t think this was as pressing. We used 45 athletes in the AIL this year and everyone deserved a chance to put their hand up. Last Saturday was invaluable in the sense that you very rarely get a chance to give your ‘espoirs’ a consequence-free opportunity to play a Top 4 side. In planning for the future, those players will have learned more from that game than any this season.

At the end of the day, though, the outcome defines the narrative. If we’d lost in 2019, they’d say we were mad to play Wasps but we won and it was a ‘masterstroke’. It’s same here. We win and it’s a ‘masterstroke’ to keep us fresh and plan for ‘Rock. We lose and we were undercooked or gave ‘Rock momentum. Such is life. 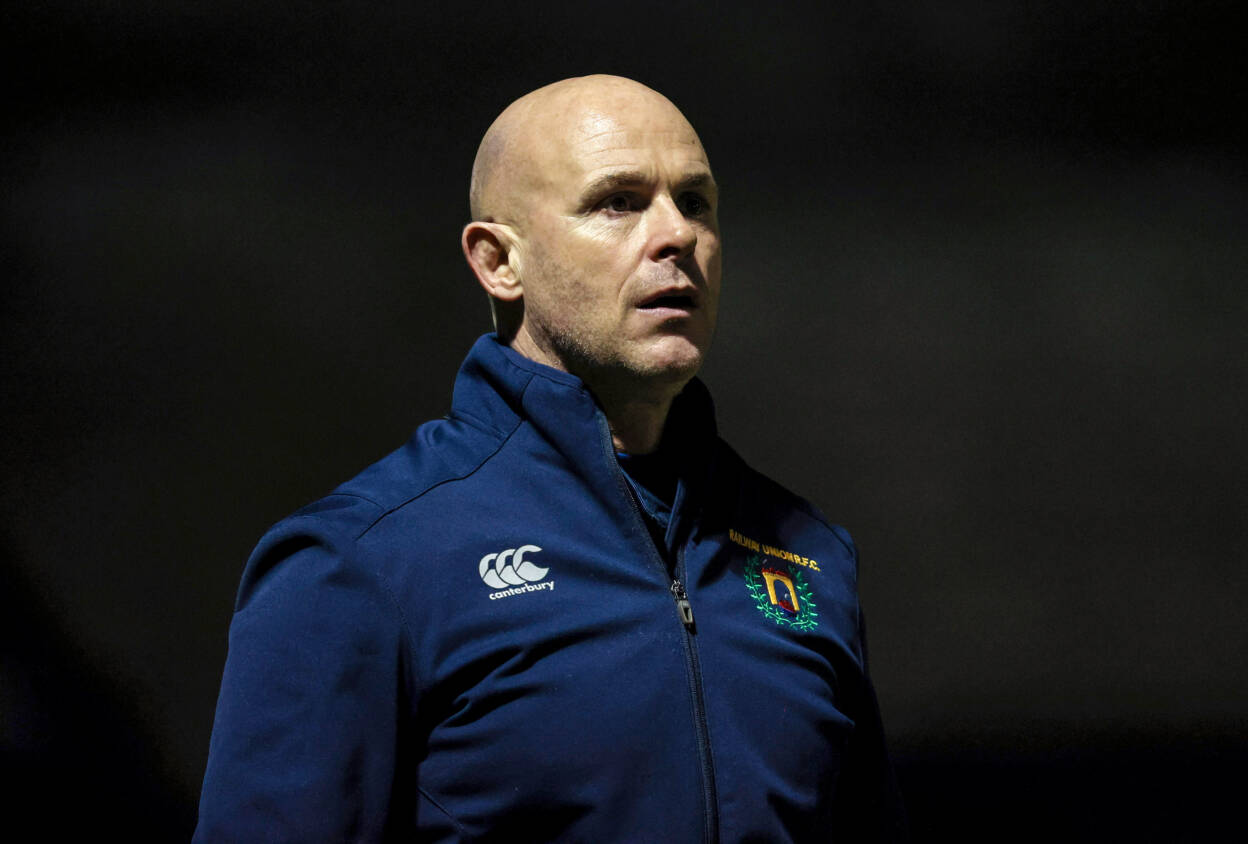 IR: Competition for places must be huge given the younger players who are pushing through all the time and the availability of your internationals?

JC: There’s always competition for places and this week is no different. We have a very dedicated group of athletes and coaches who train six times a week, as well as do their video analysis, their diet, their wellness monitoring, foam-rolling, etc. Everything is geared towards getting better and this weekend is the best 23 that we have available at this point in time. There are players who might not be starting or might not be in squad who will be future internationals and future AIL winners. They are just a different stage in their journey.

IR: What have you made of Blackrock this season and what sort of game are you expecting? Can you take much from the previous meetings during the 2021/22 campaign?

JC: Blackrock are the most improved side in the league and are exceptionally well coached. There’s been a marked improvement from when we played them in September. Their lineout has become more innovative and efficient, their general attacking play and movement is much improved, and their defence is organised and aggressive. They are a very good side.

IR: Notably, Ben (Martin) was UL’s coach for the 2019 decider and is in charge of Blackrock this year. Always a good tactical battle against him and the likes of Philip Doyle?

JC: Ben and Philip are vastly experienced coaches, both of them having coached at international level in multiple countries. Add Dave Gannon, who’s transformed their lineout and brought all his professional playing experience to bear. It’s a fairly intimidating prospect alright.

IR: What would it mean to you and the players if you could retain the title from 2019?

JC: Our long running theme is #ChangeTheGame. We believe the game needs to change off the field. We have campaigned for years for equality for women’s rugby, for representation and for better governance. We were the first to go overseas to play foreign opposition, to employ Player Welfare teams to support the athletes’ development and medical well-being, to put a value on these athletes and charge admission to watch Women’s AIL, to expect athletes to train twice a day and to feed them after training.

We also believe we have to change the game on the field too, in terms of the type of athlete playing the sport, the expectations around that athlete and the type of game played. We have worked hard on our skill development, our conditioning and our tactical understanding. We want to play a level of game that hasn’t been seen before. AIL titles come and go. I’ll be happy on Saturday if we stay true to what we are about and our athletes perform to the level I know they can play at. That will be a privilege to watch. 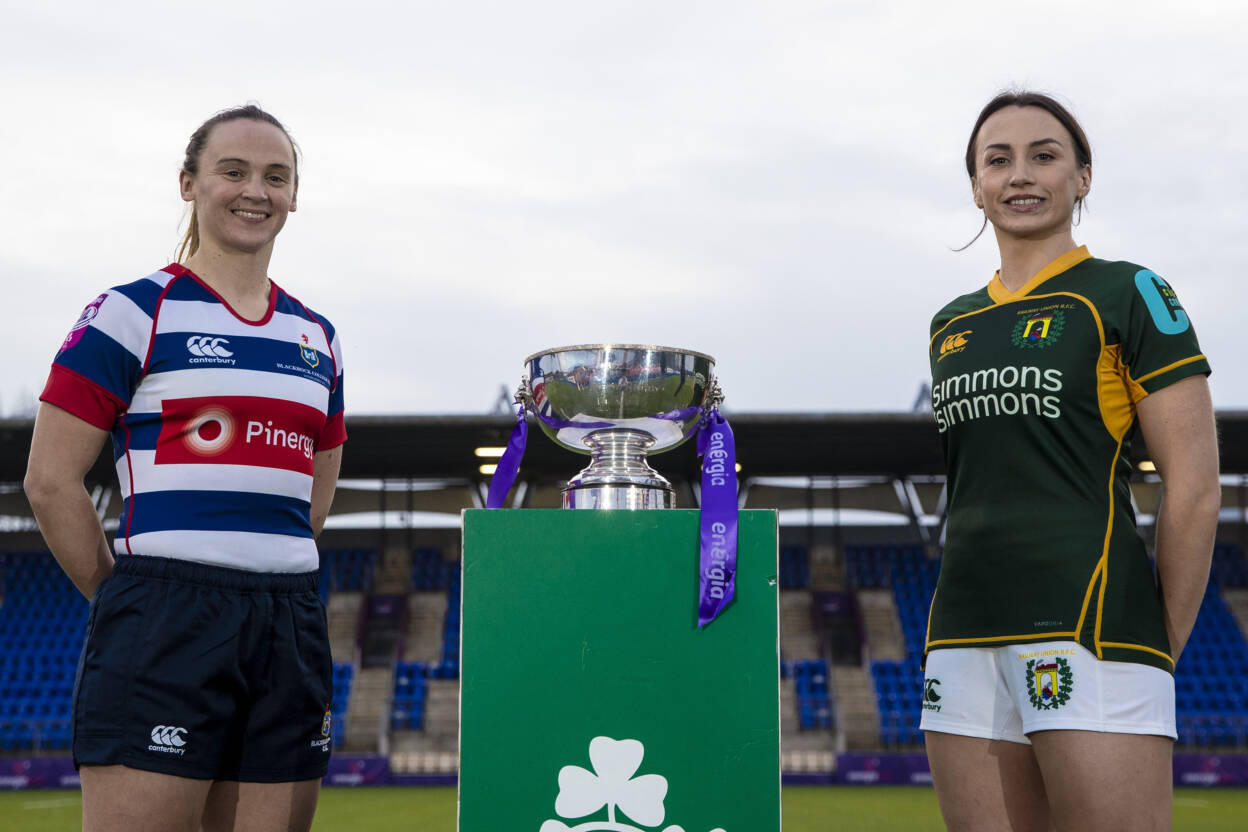 IR: Do you think the Top Four series has helped to prime the squad for the final, given the quality of games week in, week out after Christmas?

JC: The Top Four has been excellent as it’s been quality competitive games for players and coaches. We need to get it quickly to a Top Six, with 2nd XVs for all teams in that division, maybe play each other four times a year. And in the medium term, ideally a top 8 or 10.

We need a sustainable competitive model that is centred around athletes and a product that attracts the best female athletes in the country to play rugby. We have the potential to have a compelling product where we can offer a very strong, promoted and supported domestic league with the opportunity to play in two international codes of the game, with a high-profile standalone Six Nations, an annual WXVs, two different World Cups, a World Sevens Series, and the potential of an Olympic medal – no other sport has this to offer. This would transformational for not just women’s rugby but all rugby in Ireland. It’s a huge opportunity for Irish rugby.

IR: You got a great support out in 2019, particularly from the men’s side of the club. Hoping for the same again? It’s also a great boost to have live TV coverage on TG4?

JC: We operate as one club and we’ll have a big support from all our players – male, female and age-grade, as well as from the other sports in Railway. We get great support from Sandymount village and the community there too. We have a lot of support from around the country, as well as overseas. We think a lot of that has been down to our off-field efforts in promoting equity for women’s rugby. We certainly get a lot of email requests and sell a lot gear online to overseas supporters. Hopefully, they’ll be able to VPN into TG4 and get the game live.