Bristol Bears’ Chay Mullins returns to the Ireland U20’s side to face Italy having missed the victory over France in round 2 through injury.

Mullins is one of  four changes to the starting XV made by head coach Richie Murphy with Jude Postlethwaite, Fionn Gibbons and Matthew Devine also coming into the run on team.

Irish qualified Mullins scored a brace of tries in the opening round victory over Wales.  Fellow IQ player Lorcan McLoughlin, who is currently playing his rugby in Ulster, has been named among the replacements. 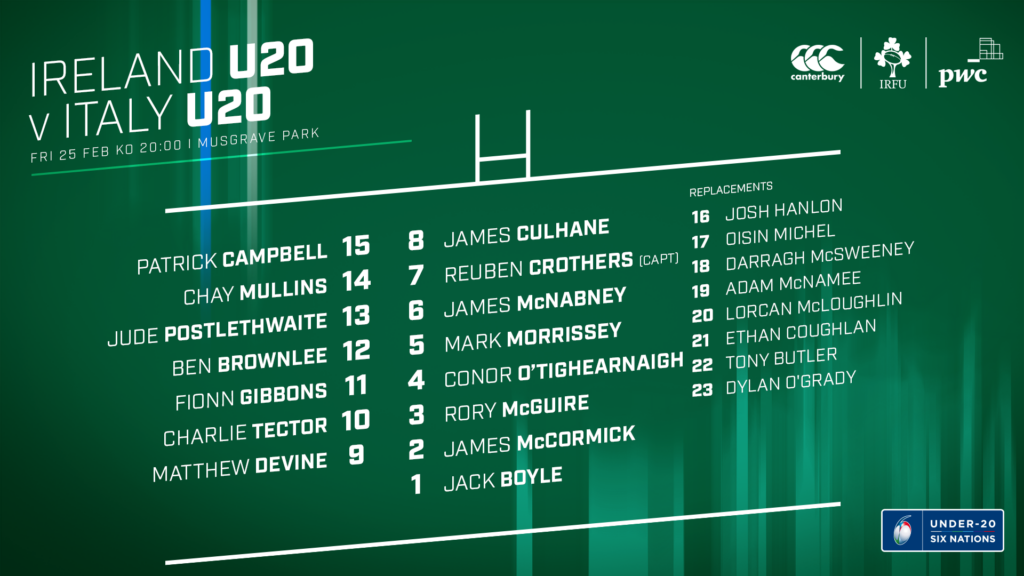