He is the kind of player who could leave a considerable void in any team, but Andy Farrell is confident Ireland can cope with the injury-enforced absence of Jonathan Sexton when they play France on Saturday.

After picking up a hamstring strain in training, an injury that is set to rule him out for a period of seven to ten days, the Ireland captain misses out on facing the French for the second year in succession.

As a result, Joey Carbery is brought in at out-half for his first Guinness Six Nations start, with Connacht’s Jack Carty providing cover from the bench in Paris.

“It is what it is. That’s the sport that we love. There’s always twists and turns, especially within a Six Nations competition,” said Farrell, speaking at today’s team announcement press conference.

“The competition is a long old competition. It spans over eight weeks for us. There’s always going to be things that we have to deal with. Johnny is an important member of our group, obviously being skipper of the side.

“He’s integral to how we push forward with many parts of our environment. At the same time, this is just about the group. Johnny will travel with us and will be as leading as he possibly can be, but this is about the group.

“It’s a great development for us as a team going forward as well. We still expect ourselves to be at our best in Paris on Saturday.

“We’re gutted for Johnny. It means so much to him to captain this side and play in games like this, but at the same time he realises as well it’s an opportunity for us to grow as a group and that’s exciting within itself.”

When it came to selecting a replacement for Sexton in the number 10 role, Farrell acknowledged it was a close call between Carbery and Carty. He says the Athlone man could still have a big role to play in the game.

Obviously we gave it consideration, but Joey has been training really well there. As has Jack as well. Jack comes onto the bench and Joey gets an opportunity to start.

“Joey will be a leader within itself anyway and so would Jack Carty if he enters the field. We’re always trying to grow as a leadership group anyway as far as sharing the responsibility.

“One of the tasks of the leadership is to make sure every single one of our players becomes a leader in their own right. We’re expecting everyone to step up to the plate.”

The player who will lead Ireland out at the Stade de France is Leinster lock James Ryan, who has stepped up as captain, in the absence of Sexton, during the recent past.

Ryan previously captained the Ireland Under-20s to a World Rugby Under-20 Championship final appearance in 2016, and Farrell believes he is growing as a leader at senior level with every opportunity he gets at it.

“These things are great for us. We grow as a group. That’s all part of the journey. James has captained the side a good few times now.

“He gets to lead his country in another big game and we get to find out more about ourselves,” acknowledged the Wigan native. 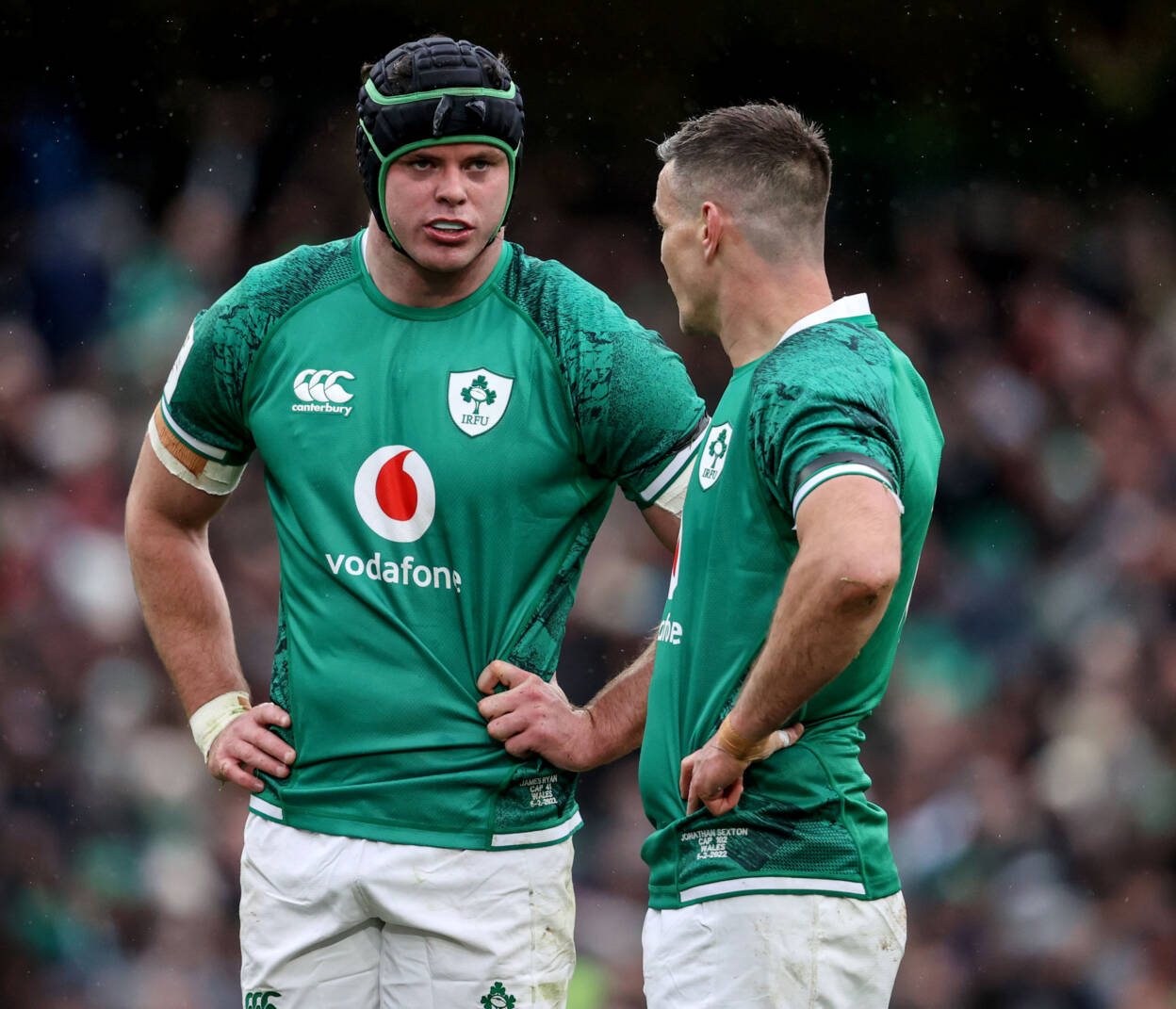 Given both teams began the Championship in such a positive fashion with Ireland defeating Wales 29-7, while France ran out 37-10 winners over Italy, there are many who view Saturday’s showdown as one that could define the Six Nations for 2022.

Farrell was certainly making no attempt to downplay the significance of the second round clash, and he recognises Ireland will need to perform at the very height of their powers this weekend. He added:

“Hopefully we can put in a performance that will give us a chance for what everyone – and rightly so – is billing this up to be a big game.