Although it is his first Six Nations start, Joey Carbery has previously started for Ireland against the USA, Fiji, Australia, Italy, Japan and Argentina ©INPHO/Laszlo Geczo

Munster’s Joey Carbery will finally get an opportunity to start a Guinness Six Nations game when Ireland clash with France in Paris on Saturday (kick-off 5.45pm local time/4.45pm Irish time).

A debutant in Ireland’s historic win over New Zealand in Chicago back in November 2016, injuries have significantly curtailed Carbery’s progress in recent years.

Although he featured heavily off the bench during the Grand Slam campaign in 2018, he missed out on the 2017, 2020 and 2021 Six Nations Championships in their entirety.

The presence of Jonathan Sexton has also made it difficult for him to break into the team, with last Saturday’s 29-7 victory over Wales seeing him appear off the bench for the seventh time in a Six Nations fixture.

However, a hamstring strain has ruled the Ireland captain out of the visit to the Stade de France, so Carbery will wear the number 10 jersey against les Bleus.

“Really excited for the weekend. I feel like I’m ready to go, both mentally and physically. Training has gone really well this week and last week was really good as well. I’m feeling really ready,” admitted Carbery. 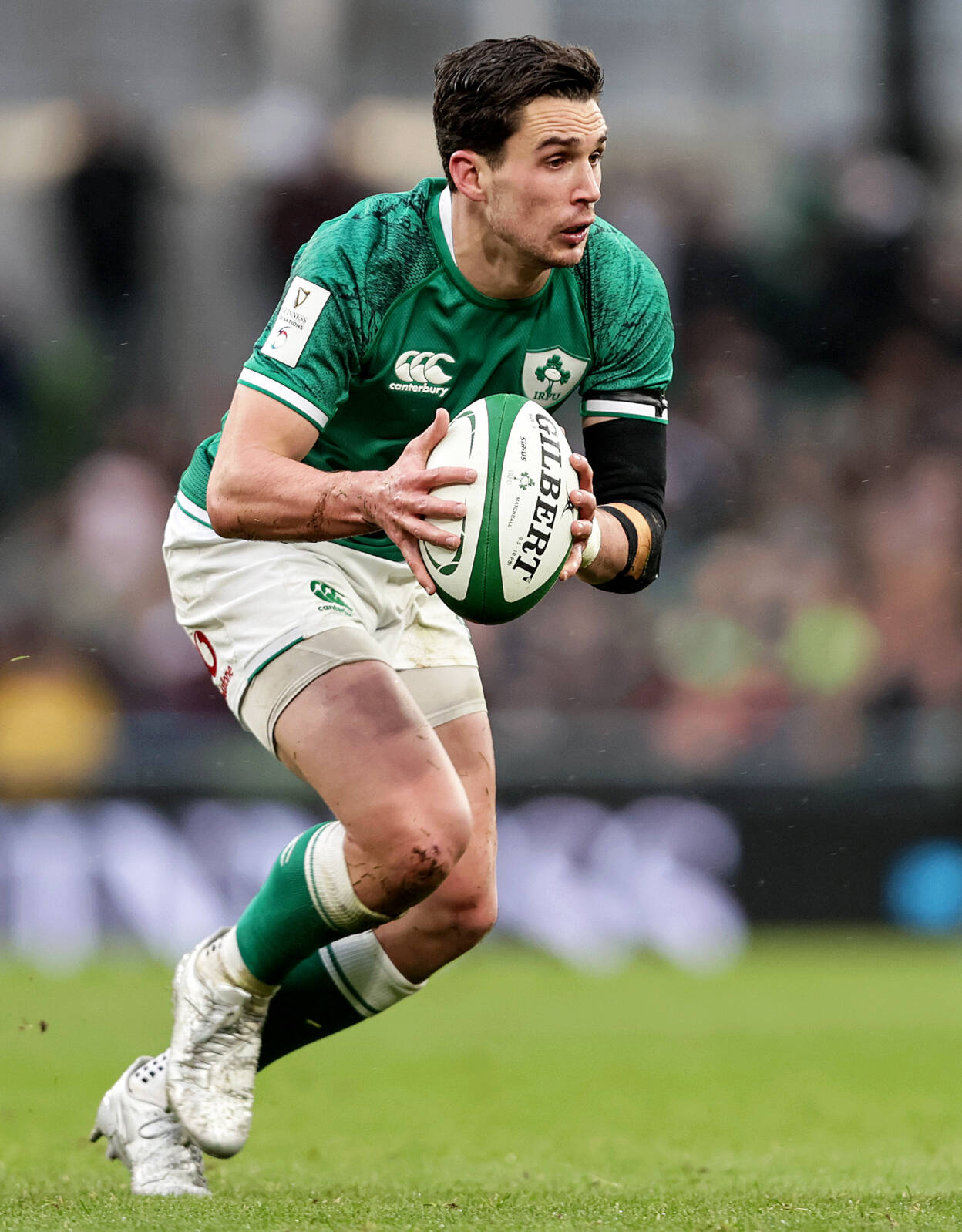 Despite having nine Test starts to his name already, this is undoubtedly the biggest opportunity of the 26-year-old’s international career to date.

While he admitted to having some nerves when asked about the challenge that lies ahead from France, he sees this as part and parcel of international rugby.

I think anyone would get a bit nervous before any big game. I definitely do. There’ll always be that, but when you think back to what you’ve been through and the training, how it has gone the week previous it gives confidence to me, in particular.

“Then confidence to the players around you. Knowing that you can lean back on the work you’ve done previous to this gives me massive confidence.”

Having missed the opening 14 matches of Andy Farrell’s reign as head coach, Carbery finally returned to the Ireland fold for last summer’s encounters with Japan and the USA at the Aviva Atadium.

He also enjoyed cameo appearances in the November victories over Japan and New Zealand, before being handed his third start in five games for a comprehensive triumph over Argentina.

It took him a little while to find his feet again, but Carbery, the Vodafone player-of-the-match against the Pumas, believes he is now reaping the benefits of seeing substantial game-time in those aforementioned Tests.

“Obviously getting back up to speed with all the calls and the systems within Ireland maybe took me a week, but I didn’t look at it that way,” he explained.

“I just wanted to go out and enjoy being back playing again and love being in the whole environment of the place. Just trying to enjoy every day, get better and do my part as part of the team.

“I think every time I can get a start and get game-time under my belt, it’s hugely beneficial. Having the November and having the summer Tests behind me, it leaves me in a good spot going into this weekend.” 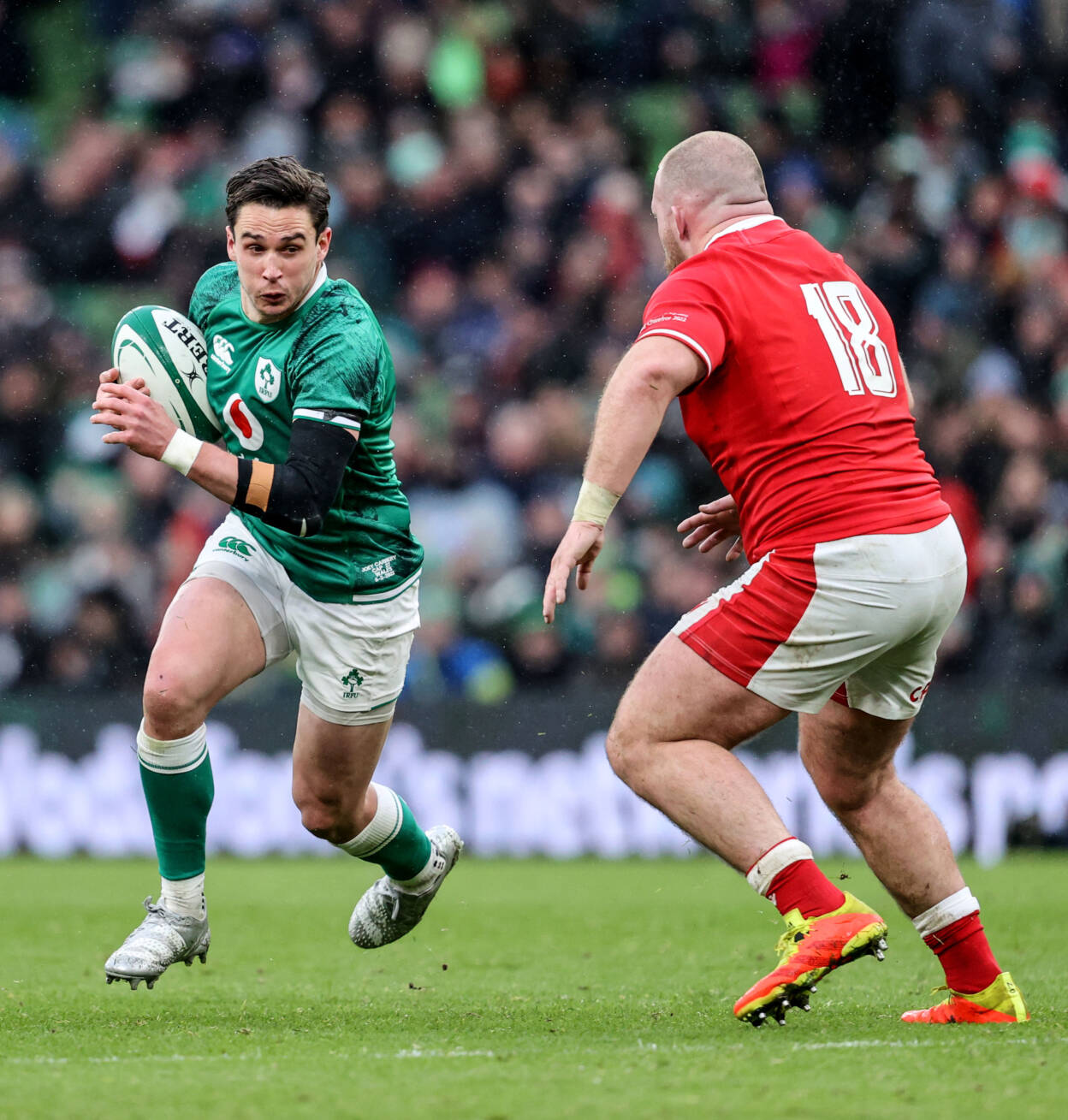 After being ruled out for the best part of 18 months – a couple of fleeting appearances either side of New Year’s Day in 2020 not withstanding – following the completion of the 2019 Rugby World Cup, Carbery is now hopeful the worst of his injury troubles are behind him.

He was recently sidelined for a number of weeks with a fractured elbow, but thanks to the steely mental resolve he has built up over time, he quickly bounced back to find consistent form.

“I think anyone who has been through a long-term injury knows how difficult it is. To come through that it has definitely helped me mentally to enjoy the good things in life sometimes,” he added.

To be honest, I’m just delighted to be back playing. To be back out there injury free and just relishing the whole environment of going into such a big game on the weekend.

“It puts everything into context really when you’re back playing and you’re not injured. Having gone through that, I definitely feel like mentally I’m a lot stronger for it. Looking forward to it.”