Ireland Under-20 head coach Richie Murphy had admitted his charges are somewhat in the dark when it comes to assessing their forthcoming opponents in the U-20 Six Nations Championship.

Thanks to the Covid-19-enforced absence of U-18 and U-19 international squads on these shores in the past couple of years, the players will not have first-hand knowledge of Friday’s opponents Wales or the other four nations.

Captain Reuben Crothers, Mark Morrissey, Jack Boyle and Chay Mullins were all part of the Ireland set-up for last year’s U-20 Six Nations, but the remaining 27 players are featuring at this level for the first time.

“We haven’t seen anything of the opposition players,” admitted Murphy. “Obviously we see the squads as they’re being announced and you recognise some of the names.

“One of the things we have is obviously we don’t have a massive amount of players with senior experience. Some of those Munster boys that were involved in that European game because of what happened with the rest of their players being in Covid (isolation), they’re probably the only guys that have actually been in a professional game.

“We’ve got, I think, four guys back from last year. Their leadership and their experience of what last year was like has been massive for the guys.”

As Murphy alluded to, Covid issues in the wake of a trip to South Africa for two games ruled a large chunk of the Munster senior squad out of the equation for last month’s Heineken Champions Cup trip to Wasps.

This opened the door for a number of Academy players, four of whom have been included in Murphy’s plans for this new U-20 Six Nations campaign. Click here to buy tickets for Ireland v Wales at Musgrave Park. 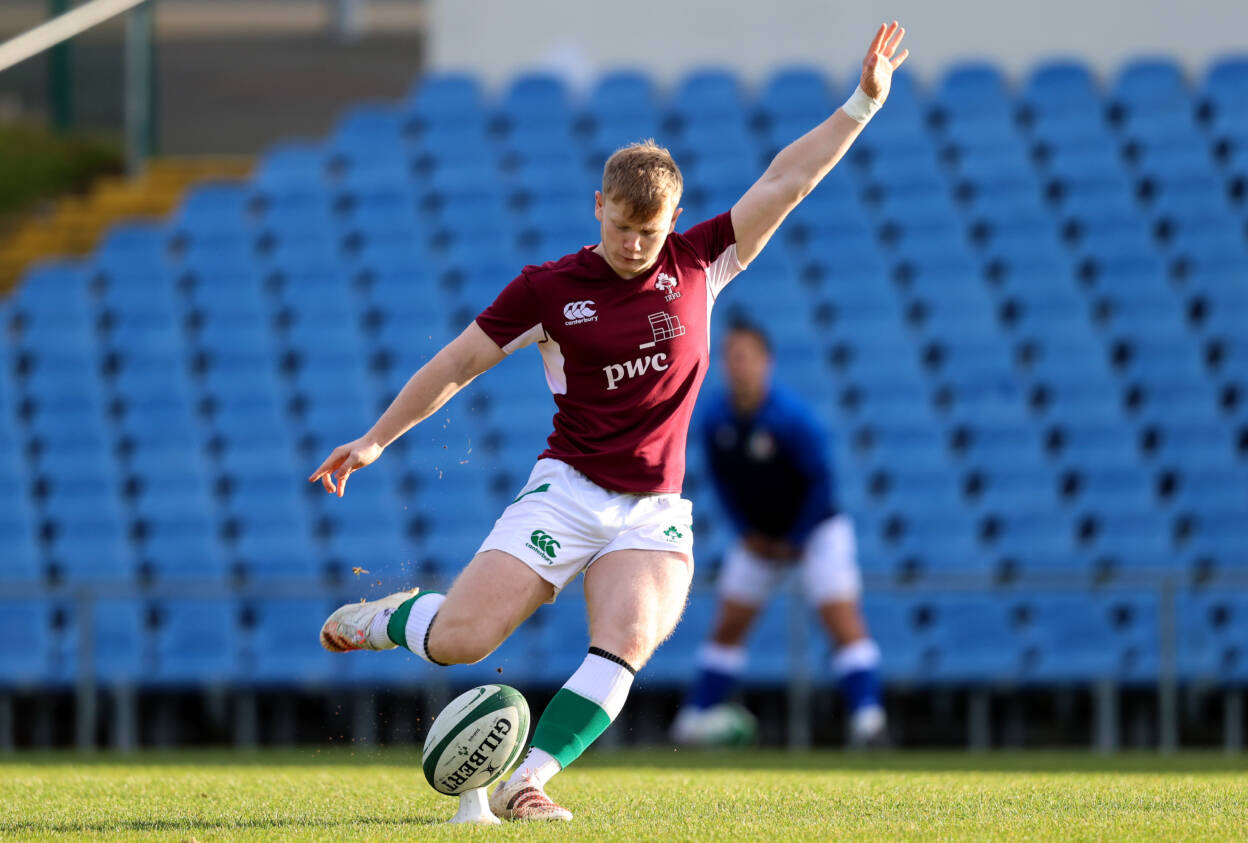 Patrick Campbell, Ethan Coughlan, Tony Butler and Conor Moloney all played some part in a bonus point victory for the province, while Campbell retained his spot at full-back when Johann van Graan’s side beat Castres Olympique at Thomond Park six days later.

This was a major leap forward for this quartet in their respective careers, but one that Murphy feels will prove to be beneficial for both themselves and the rest of his fledgling squad.

“The big thing for them on that occasion is they had a nice lead-in. They kind of knew what was happening, two weeks’ experience going into it. We’ve kind of had that this week.

We’ve had that lead-in with four days training and then we’ll go into Cork on Tuesday. I think those experiences are massively important to them.

I know that guys came back into camp. They played on the Saturday and I think they came into camp the following Monday and some of them found it hard just to come down from that high. In fairness, it was a really good exposure for them.

“It tested them and I think they’re all in a better place coming into this sort of situation and looking towards a Six Nations match next Friday. That experience will stand to those guys.”

Whereas his predecessors were able to consistently examine the progress of Ireland’s brightest rugby talents through the clubs and schools’ systems, the global pandemic ensured that Murphy was not afforded this luxury.

While the lack of high-level game-time has been an issue for those who were not involved in last year’s U-20 Six Nations and Munster’s aforementioned European matches last month, the Wicklow man has no desire to deviate from his preferred game-plan for the upcoming Championship. 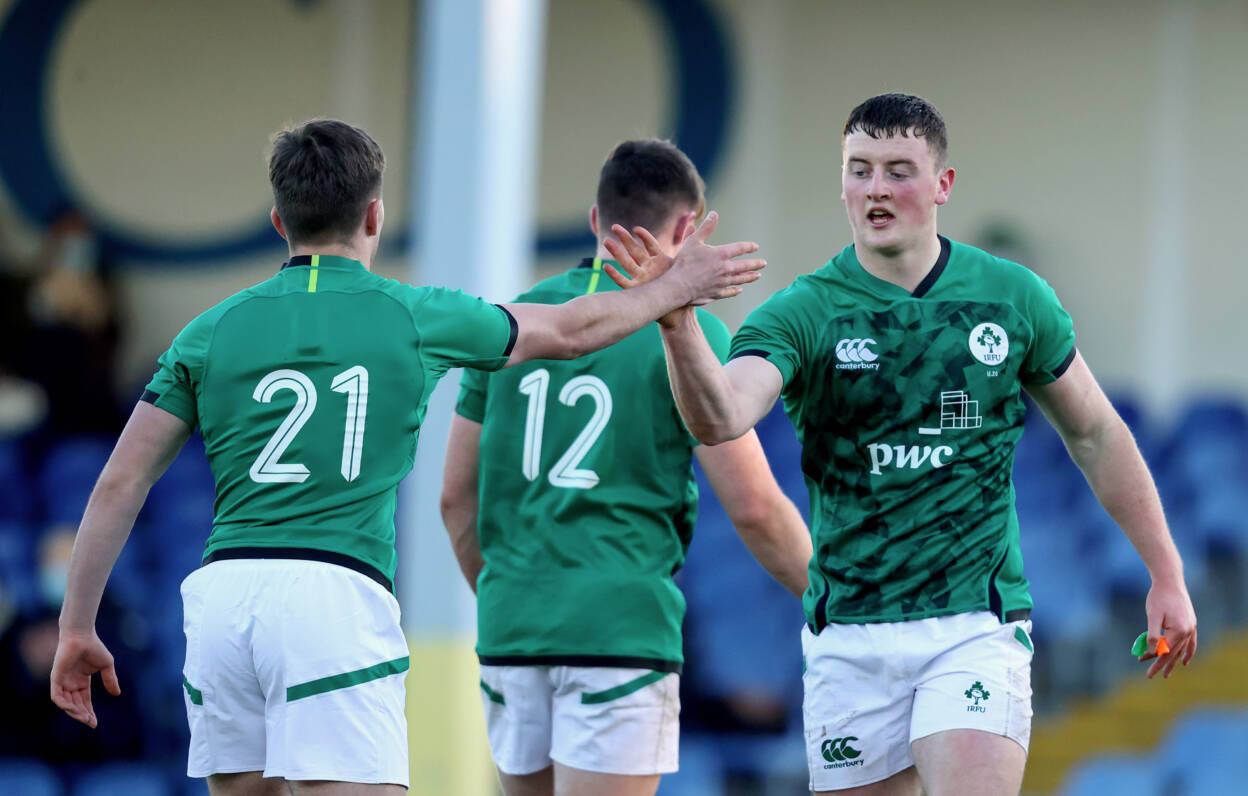 “The big thing is trying to open their eyes really and bring them with us. In some situations it’s taking us a little bit longer to get to where we wanted to get to, but we haven’t just said, ‘right, we’re not doing that because these guys haven’t had as much experience’.

“We’ve set the bar quite high for them and we’ve stretched them. What we’ve done is, we’ve kept reviewing and looking back in order to make sure we’re going in the right direction.

“We haven’t curtailed the game-plan. We’re definitely trying to play the space. The skill-set of the players is good.

“Their ability to stay in the moment, keep focused and keep working towards that plan is probably where they haven’t been in those high-pressure situations enough over that period.”

Murphy is back for a second U-20 Six Nations tilt, in the space of nine or so months, and he is joined on this occasion by three new coaches.

Formerly a forwards coach with Connacht, Jimmy Duffy has joined the national U-20 coaching team for this year.

Currently an Elite Player Development Officer at the western province, Mark Sexton, a brother of Ireland captain Jonathan, is also on board as the Ireland U-20s’ backs and skills coach. 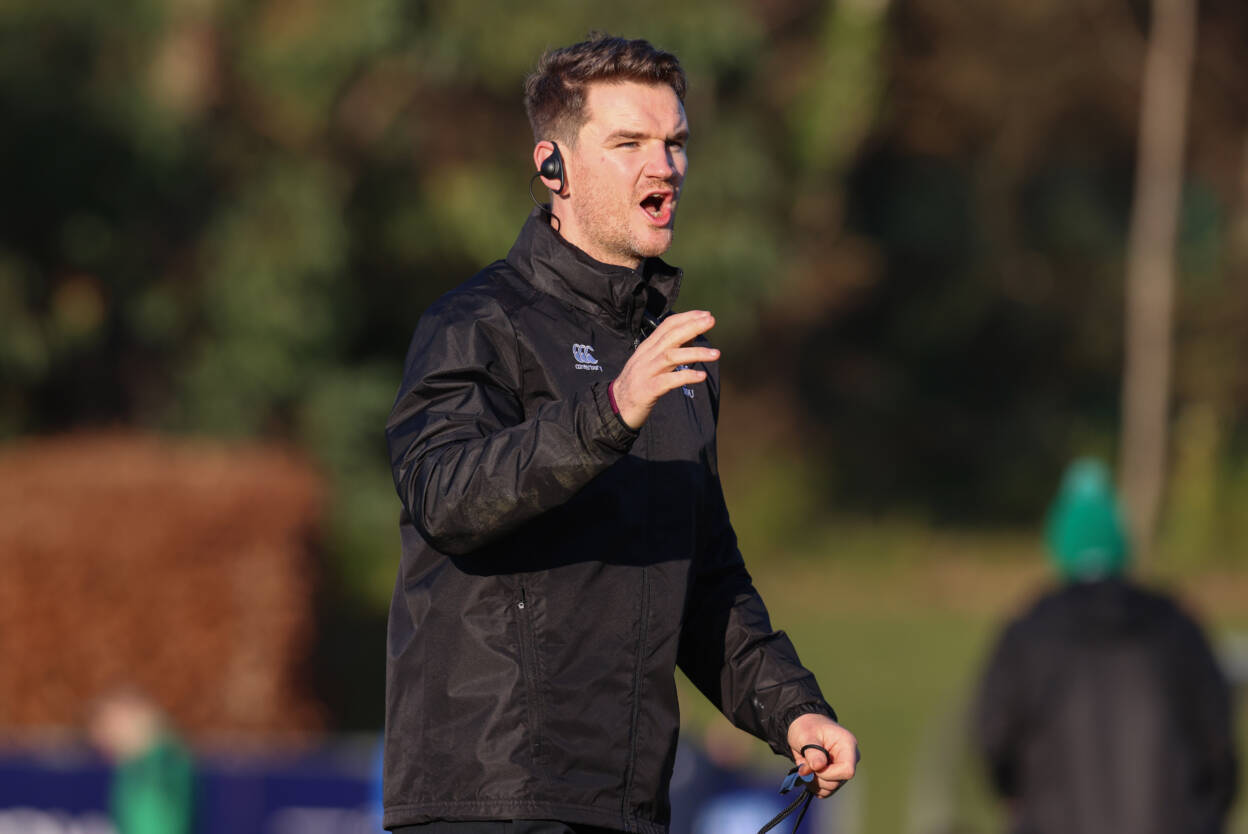 Completing the coaching ticket is Willie Faloon, who maintains the strong Connacht connection within the Murphy-led staff. A native of Armagh, he enjoyed three years at the Sportsground from 2012 to 2015 – and also enjoyed spells at Ulster either side of it.

“I think the guys have come in and they’ve really hit the ground running. Jimmy has obviously got massive experience. Myself and Jimmy have known each other for a very long time,” he added.

We worked with Irish youths, going back maybe 15 years. We’ve had a friendship since then. Working with Jimmy again has been really good.

“Willie Faloon is obviously not too recently retired, but retired through injury and is a young coach. He has come in and has brought in some really good enthusiasm and is a quality coach. Great attitude, high work-rate, like most of the young coaches do in Ireland.

“Then Mark Sexton, the funny thing is obviously I’ve worked with Johnny for quite a long time, since Johnny was in Leinster Academy. I’ve known Mark, but I haven’t known Mark very well.

“To get to know him over the last while has been really good. I see a lot of the traits that Johnny has, in relation to how he analyses opposition and how he coaches the team. He has been a real strong addition to that.”