Ireland’s Joy Neville is one of the world’s top female match officials appointed to the men’s U20 Six Nations Championship as part of their preparation for Rugby World Cup 2021, playing in 2022.

Neville’s appointment follows her inclusion as TMO for the Guinness Six Nations on Monday.

As part of World Rugby’s commitment to ensuring that its match officials receive the highest level of preparation ahead of all major tournaments, the group of female officials selected to the U20 Six Nations will be brought together to cultivate a team environment in the lead up to RWC 2021, which takes place in New Zealand from 8 October-12 November, 2022.

An experienced team made up of Sara Cox (RFU), Maria Beatrice Benvenuti (FIR) and Maria Giovanna Pacifico (FIR) will take charge of the opening match on Friday, 4 February where Ireland will host Wales at Musgrave Park.

Julianne Zussman (RC), Cox (RFU), Nikki O’Donnell (RFU) and TMO Claire Hodnett (RFU) make up an all-female team for the round two meeting between Wales and Scotland on Friday, 11 February with Hollie Davidson (SRU) on the whistle for France v Ireland that same day.

In round three, Joy Neville (IRFU) and Aurelie Groizeleau (FFR) take charge of the contest between Grand Slam winners England and Wales on Friday, 25 February with another all-female line-up led by Clara Munarini (FIR) confirmed for Scotland v France.

Aimee Barrett-Theron (RSA) will be the woman in the middle in round four’s Italy v Scotland on Friday, 11 March where she’ll be supported by Neville, who switches to TMO. In the final round of matches, Zimbabwe’s Precious Pazani will team up with Barrett-Theron as assistant referees for France v England.

The team of female officials will be supported by a number of talented male officials who bring a blend of youth and experience to the tournament including Ireland’s Chris Busby, Olly Hodges and Eoghan Cross,  (pictured) who is selected for his first game in the Championship. 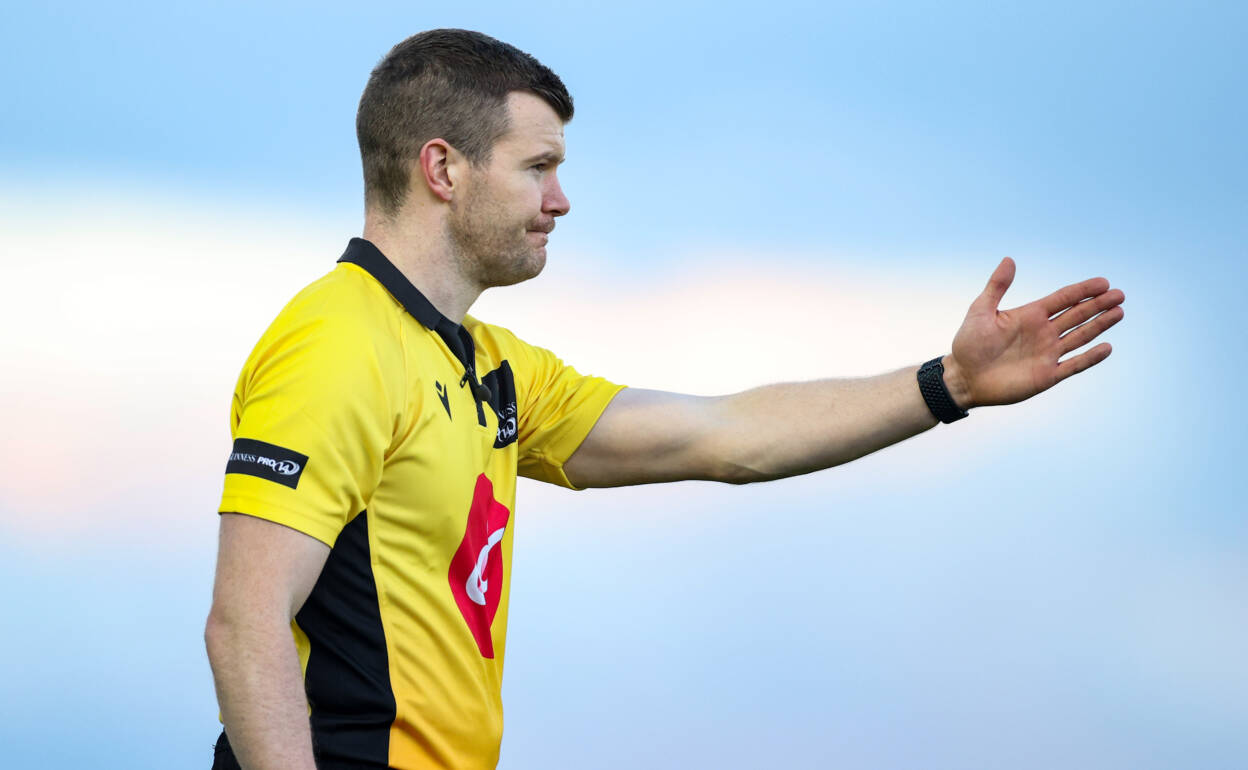 World Rugby Referee Talent Development Manager, Alhambra Nievas, added: “Teamwork is just as important for match officials as it is for the players which is exactly why we have taken this opportunity to enhance our preparations for Rugby World Cup 2021. This tournament will be a fantastic chance for these officials to continue to foster important relationships both on and off the field of play to ensure that they are in the best shape possible for the pinnacle women’s event in New Zealand later this year.”