Over the course of 2021 there have been a host of challenges in Irish Rugby and investing in the quality of coaches involved in the elite player pathway may not generate headlines but it is an area where the IRFU has focused a good deal of energy over the past 12 months.

The IRFU’s coach development pathway aims to support coaches with opportunities to progress via the elite player pathway, underage national representative teams and with the senior provincial coaching set-ups.

In the past 12 months, three Elite Player Development Officers (EPDO) have graduated from academy coaching positions to take up roles with their respective senior provincial coaching teams.  At Connacht Mossy Lawler and Colm Tucker have joined Andy Friend’s coaching group while at Leinster Denis Leamy is now part of Leo Cullen’s team. 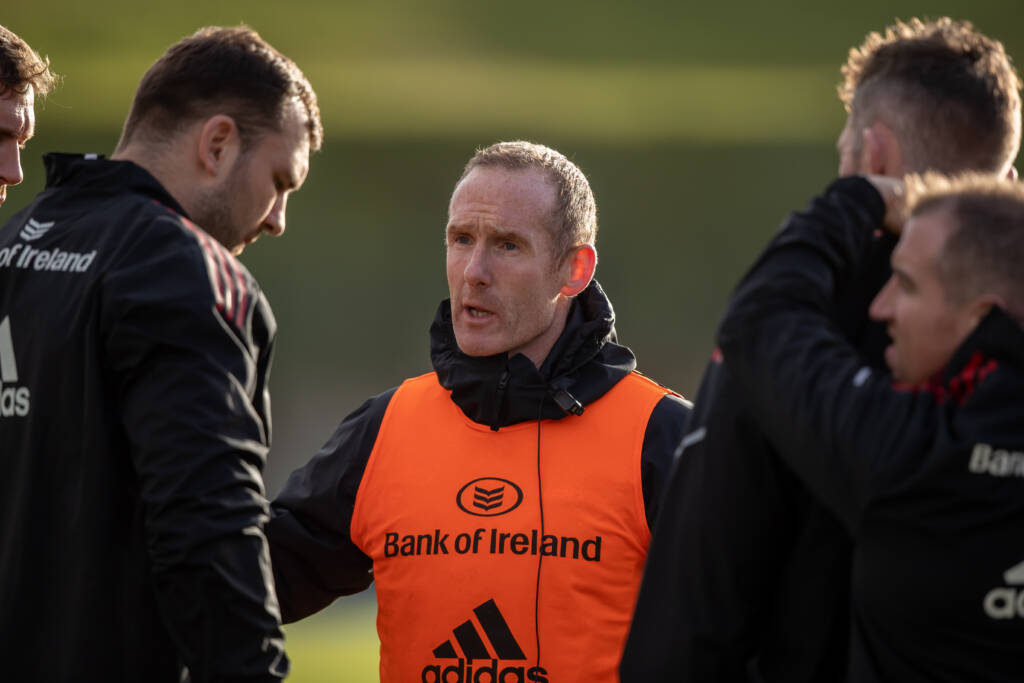 Across the provinces’ academy coaching structures there have been exciting hires in recent months.  At Munster Ian Costello brings a wealth of experience to the role of Academy Manager following senior coaching roles with Munster, Wasps and Nottingham.  Andy Kyriacou, a former Ulster, Munster and Saracens player has also joined the Munster Academy team as an EPDO

Ian, Andy and Greig Oliver stepped into the breach when Munster’s senior coaching team were ruled out of participating in the build-up and management of the province’s EPCR Champions Cup game against Wasps.

At Leinster Simon Broughton has succeeded Noel McNamara as Academy Manager and former Leinster player and Ulster Senior coach Aaron Dundon has re-joined the province as an EPDO. 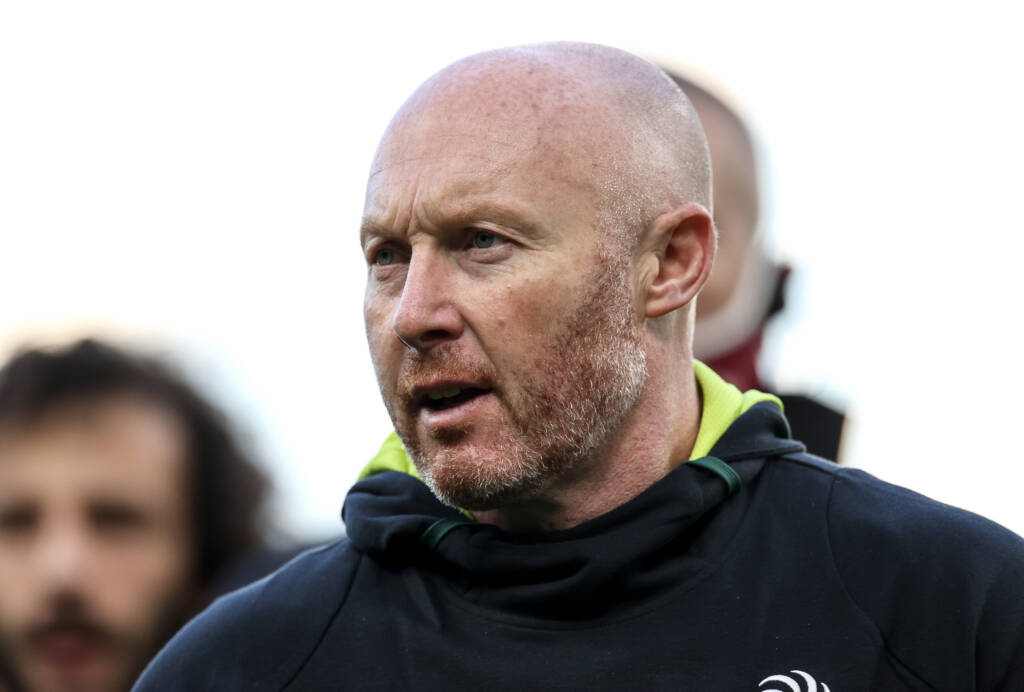 At Ulster Gavin Hogg has been appointed as Academy Manager and former Ulster and Connacht player Willie Faloon has been installed as an EPDO as has Neil Doak who returns to his home province after spells with Worcester Warriors and Georgia.

In Connacht Mark Sexton and Andrew Browne have filled the roles vacated by Mossy Lawlor and Colm Tucker.  Sexton has graduated from coaching at AIL and underage interprovincial level while Browne represented Connacht as a player on 156 occasions.

Greg McWilliams who has coached at senior mens level with the USA and was formerly an assistant coach with the Ireland women’s team is finalising his coaching ticket ahead of the 2022 Six Nations which takes place in late spring.

Aiden McNulty has vacated his pathway role at Ulster to take the position of head coach with the Ireland Women’s Sevens and Katie Fitzhenry has been appointed as a Performance Pathway Coach for the women’s elite pathway and recently coached the Ireland Women’s development side at the Dubai 7s. 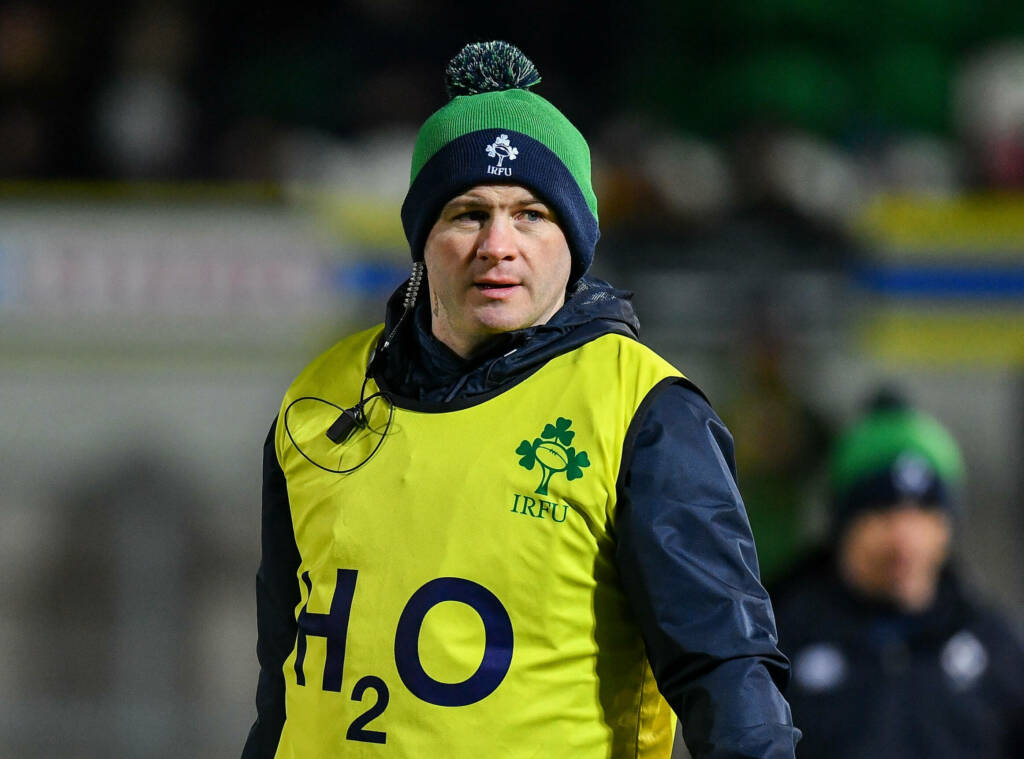 Peter Smyth, IRFU Head of Elite Player Development, commented, “We have some very talented and experienced coaches working in our elite player pathway and we have added significantly to our coaching talent pool in the past 12 months.

It is great to see the likes of Mossy, Colm and Denis advance to senior coaching roles and to see Noel (NcNamara) get the opportunity to coach with the Sharks.  Their progress has created opportunities for others to be elevated and develop.

We have a wealth of experience across the four heads of academy in Eric (Elwood) at Connacht Simon (Broughton) at Leinster, Gavin (Hogg) at Ulster and Ian (Costello) at Munster.

Ian, Andy and Greig did a fantastic job working with Johann preparing the Munster squad for the game against Wasps.

There is a good mix of coaching talent in each province and one of the ways that we will help them develop is with the underage national rep teams.  Over the festive period we had hoped to host some age grade camps where the pathway coaches would work with these squads to broaden their experience.  Unfortunately the current COVID situation has led to the cancellation of these camps.

The Ireland U20s have had a number of camps recently and a challenge match against Italy.  Richie Murphy was installed as their head coach earlier this year.  Richie has worked with the Ireland senior team for many years and he will be supported by Jimmy Duffy who was a senior coach at Connacht and two exciting up and coming academy coaches in Willie Faloon and Mark Sexton.”