The venues and dates of the Aviva Minis Festivals for 2022 have been confirmed with five clubs set to host festival days ahead of the national festival in Aviva Stadium in May.

The action kicks off with a Girls Festival on Sunday, March 27th, in Cill Dara RFC.

The four provincial festivals for girls and boys take place in April, starting on the 9th with the Ulster Festival hosted by Bangor RFC, while Old Crescent is the venue for the Munster Festival on Sunday, April 10th.

The Leinster leg of the Aviva Minis Festival circuit will be held in DLSP FC  on Saturday, April 23rd. The final provincial festival, in Connacht, takes place on April 24th in Galway Corinthians RFC.

The National Festival will take centre stage on May 22nd when hundreds of boys and girls will run out at the home of Irish Rugby – Aviva Stadium. 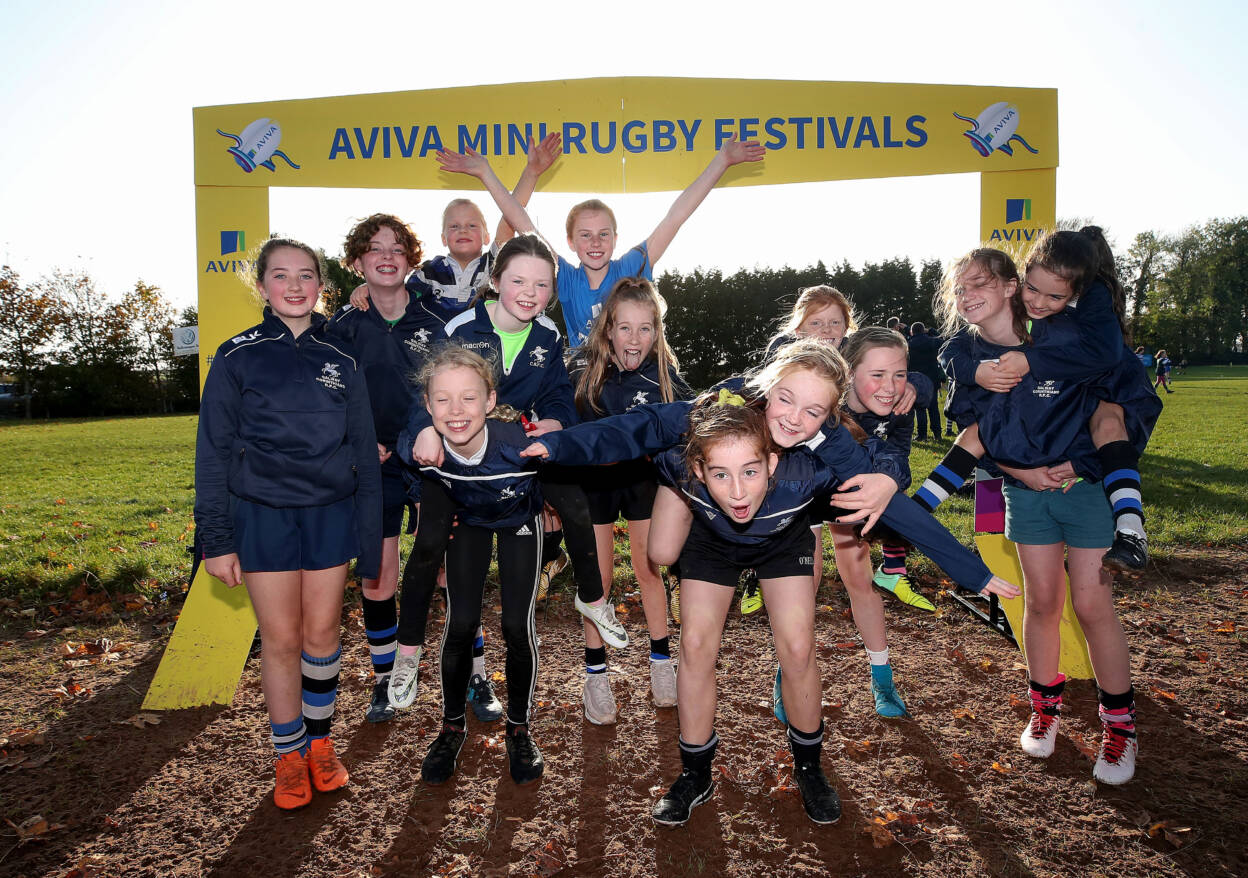 “We’re delighted to announce the venues and we’re really looking forward to working with Aviva and  the clubs on the festivals.

The Aviva Minis festivals have been a huge part of the Mini Rugby calendar and everyone is pleased to see them back this season.”

In the build up to the festivals the IRFU Coaching Department have introduced the ‘Better Coaches, Better Players’ programme to further support mini rugby activity across the country for the coming season.

The aim is to deliver the best possible rugby experience for our young players through developing our mini coaches understanding of their players’ needs and developing their coaching knowledge.

The first of these is ‘Tackle Technique for Mini Rugby‘ which was rolled out earlier this month, coaches can download the pdf here.