Ballyclare are through to the final for the first time in their history, having twice come from behind to edge out Connemara 14-12 in a thrilling contest at the Claughan.

Winger Scott Martin’s intercept try brought the hosts level at seven-all, replying to Connemara’s terrific opener from centre John O’Brien who sped in under the posts following some lovely offloading and a neat midfield switch.

Connemara were kicking themselves at half-time, having failed to convert two more try-scoring opportunities. The impressive O’Brien was foiled by a tap tackle and back rower TJ Berry dropped a pass with the line in sight.

The visitors did retake the lead, edging five points clear when flanker Paul Lee crossed in the right corner following a prolonged bout of forward pressure in the Antrim side’s 22.

However, with the big home crowd roaring their approval, Ballyclare captain Joel McBride ran in the match-winning score, throwing a couple of dummies and using a hand-off and a burst of pace to raid over from 35 metres out.

Mark Jackson added the all-important conversion, his second of the afternoon, and with less than 10 minutes remaining, Ballyclare’s dogged defence – combined with some Connemara indiscipline – made sure there were no further scores.

The last Saturday in January will see Clogher Valley make their second ever All-Ireland Junior Cup final appearance. They were beaten 10-9 by Enniscorthy in the 2014 decider.

Valley claimed a 14-7 victory at home to Ballyclare in the Ulster Rugby Championship last week, and they followed up this afternoon with a convincing 47-9 semi-final triumph over Newcastle West.

Sean Herlihy landed three penalties for the Limerick men, but the Valley side, led superbly by captain Paul Armstrong, again displayed the free-scoring form which has seen lose just one game so far this season.

Newcastle West got off to a strong start, but Sean Murphy’s 16th-minute sin-binning hurt them and Clogher scored soon after from pretty much their first visit to the 22.

Full-back Armstrong swooped on Matthew Bothwell’s kick over the top to notch the opening try, and the latter used a nice dummy and turn of pace to run in the second to make it 14-3 for half-time.

The Co. Tyrone outfit pushed clear in the second half courtesy of an intercept try from Armstrong, the player-of-the-match, and a Stuart Brown effort from a kick through.

David Sharkey and pacy replacement Ewan Haire also dotted down before a sidestepping Armstrong completed his hat-trick. He added his sixth conversion to take his tally to a superb 27 points.

So. we are guaranteed the first Ulster winners of the prestigious national cup competition since City of Derry in 2010, when they overcame provincial rivals City of Armagh on a 19-17 scoreline. 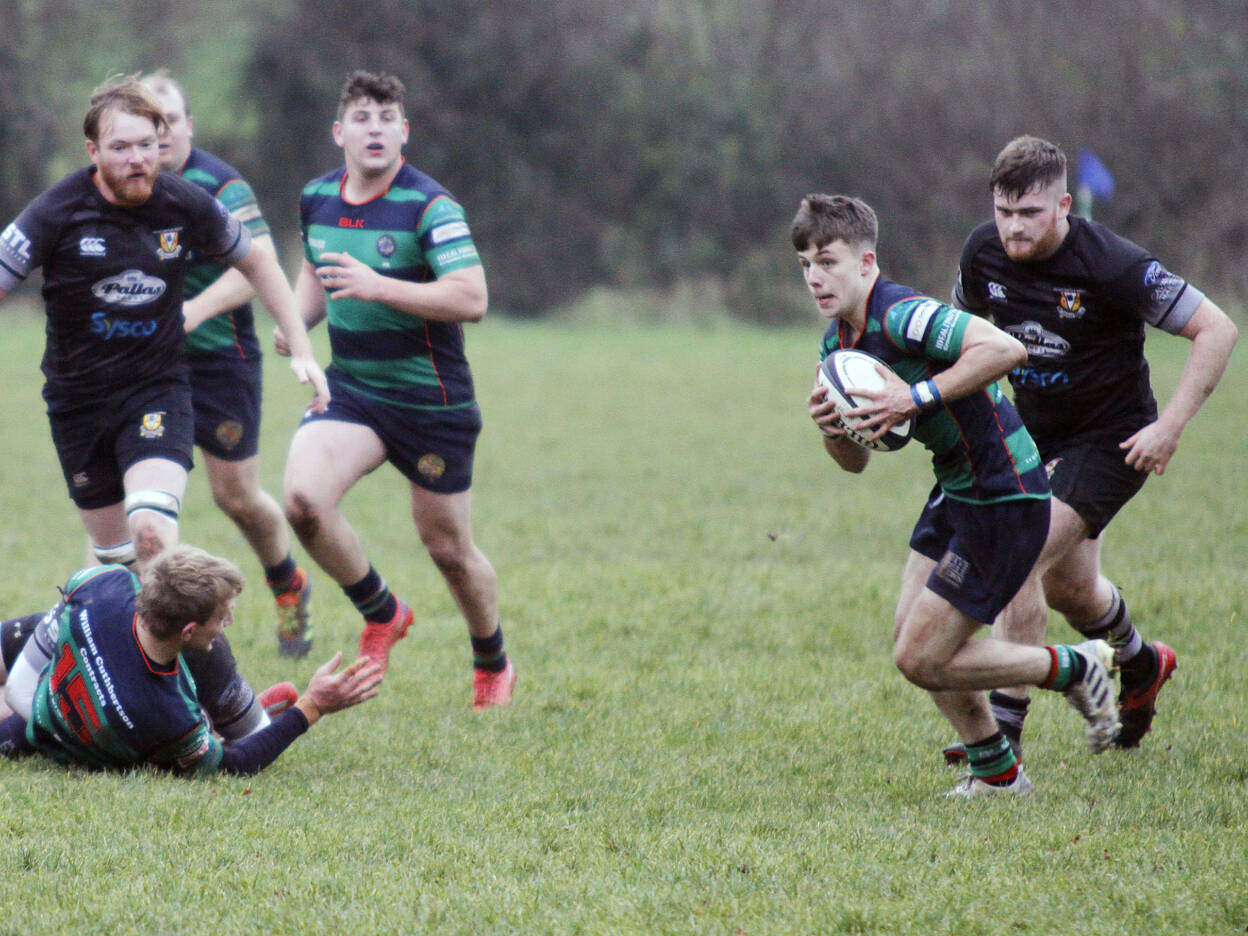