Ireland Women’s great Claire Molloy, who retired from international rugby in September, has been inducted into the Guinness Rugby Writers of Ireland Hall of Fame, as has legendary winger Simon Geoghegan.

Molloy, who continues to play with Wasps in England, won 74 caps for her country over the course of a 12-year Test career which saw her become renowned as a world-class openside flanker.

The Galway native was an integral part of the team that won a Grand Slam in 2013, two Six Nations Championships and Ireland’s first victory over New Zealand in 2014.

She also captained both the Ireland 15s and Sevens teams, leading the team for the 2017 Women’s Rugby World Cup in both Dublin and Belfast.

Geoghegan, very much a fans’ favourite and an electric presence out wide, is perhaps best known for his try in the 1994 Five Nations match against England at Twickenham.

It was one of 11 which he scored in 37 international appearances, and it helped the men in green to a famous 13-12 triumph that day. 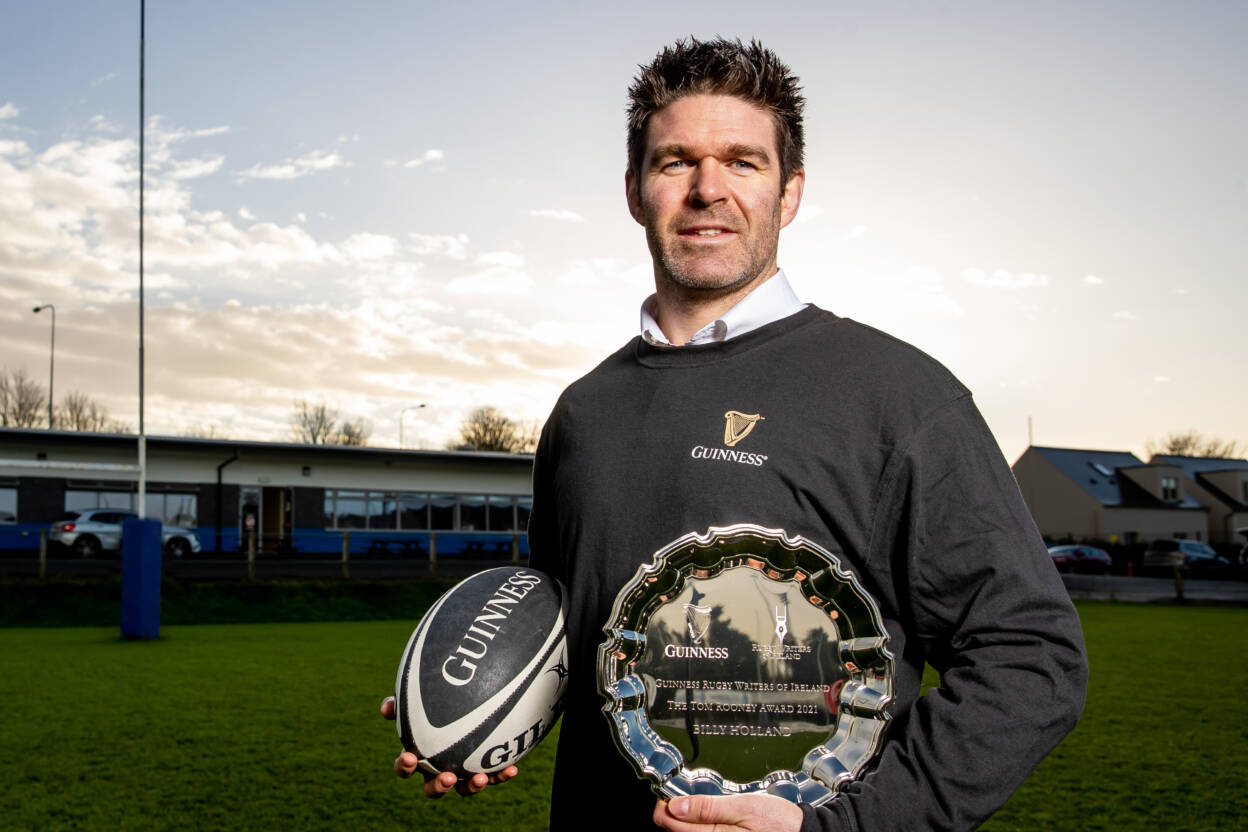 Former Munster lock Billy Holland was announced as the recipient of this year’s Tom Rooney award in recognition of his immense contribution to Irish Rugby. Holland, who earned one cap for Ireland, retired in June of this year having played 247 times for Munster.

Molloy was delighted to receive the accolade, saying: “To follow in the footsteps of my former team-mate and captain, Fiona Coghlan, and be inducted into the Guinness Rugby Writers of Ireland Hall of Fame is an incredible honour for me.

“I was lucky enough to be the Women’s Player of the Year award winner in 2018, and to be recognised once again by the Rugby Writers of Ireland is an absolutely amazing feeling.”