Fiona Steed’s life in rugby has been in many different guises, first as an exceptional, fearless and totemic figure on the pitch for Ireland, and then as a coach and administrator, her passion for the game no less now than it was when pulling on the green jersey herself.

Steed’s recent election to the IRFU Union Committee for the 2021/22 season was notable for the very fact the former Munster captain, and subsequent Head Coach of the Province, brings a wealth of international experience and knowledge to the table, but also an innate understanding of the Irish Rugby landscape having been invested in the game for three decades.

If she is not coaching the U16 girls in Bruff RFC, lending her vast rugby intellect, and most importantly her unquenchable love for the game, to the future generations of players, Steed is knee-deep in off-the-pitch work, her enthusiasm for growing and promoting the game, and for simply making advancements, as strong as ever.

Just a handful of months into her time on the IRFU Union Committee, and as the Chair of the Women’s Sub Committee, Steed’s passion for Irish Women’s Rugby is palpable and infectious. For more ways than one, her election is a significant one.

“I’m hugely emotional and passionate about anything I do, but particularly about rugby,” she says. “I’ve always had that passion for rugby and I’m not a person to do things by half because it’s just not in me, it wasn’t in me as a player, and it’s not in me as a coach. I want to make things better and I can see how the right people can make things better.

“I think it’s important to acknowledge that the IRFU knew what they were doing when they accepted me onto the Committee. They knew I’m not someone who is going to sit idly by and that’s a statement from the IRFU. I know there are so many people within the Union, from the top right down to those on the ground every evening of the week in rugby clubs around the country, that are hugely passionate about the game, and determined to make us as good as we can be.”

A cursory glance down Steed’s Twitter timeline shows weekly updates from Bruff RFC, and pitches up and down the country, of blitzes, of smiling faces, and of hundreds of kids – boys and girls – out playing rugby and embarking on their own journey in the sport. 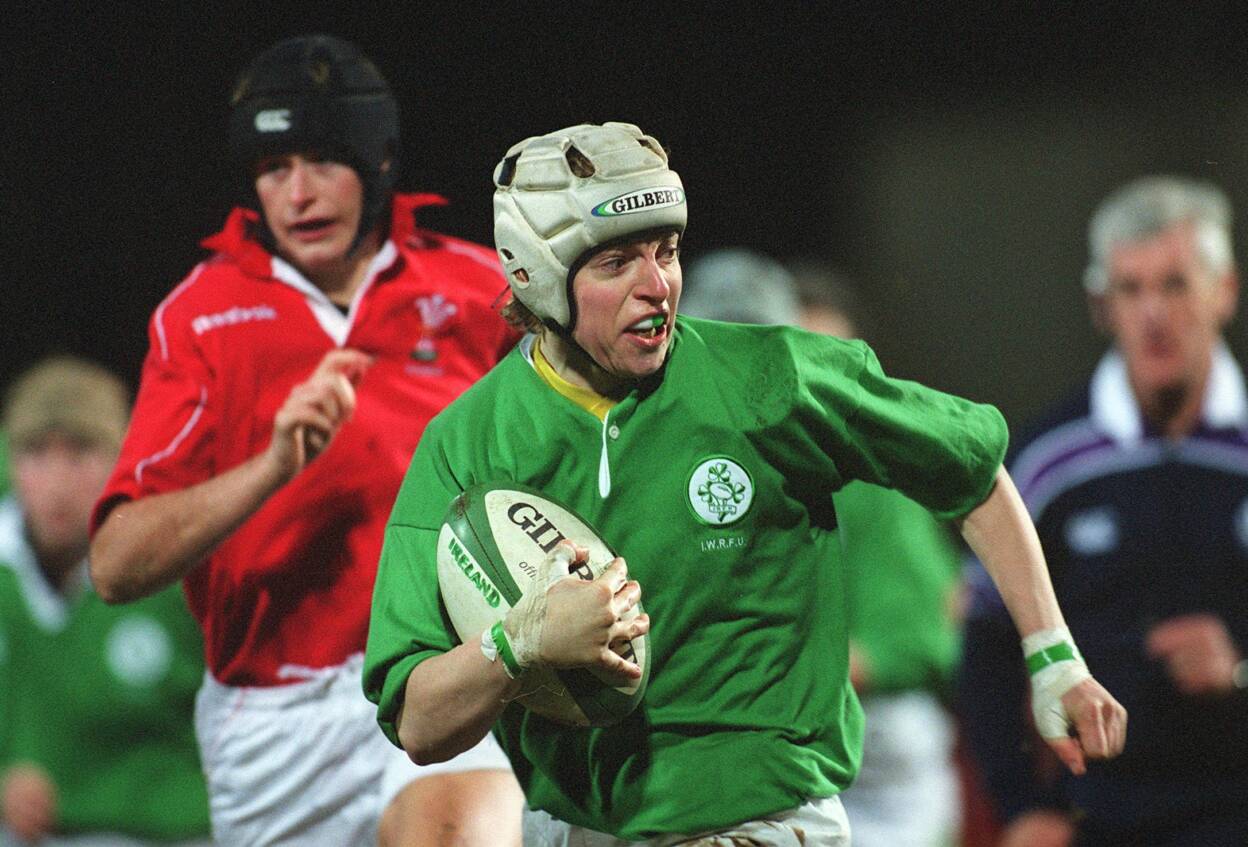 What cannot be questioned is the insatiable appetite of the thousands of volunteers, coaches and administrators, extending up through every stage of the rugby pathway, to continually grow the game and make Irish Women’s Rugby as good as it can be. To truly fulfil all the exciting potential we see in our clubs every week.

“For me, you can talk on TV or radio about what needs to be done, or what needs to change,” Steed continues. “But what is actually needed is action, is positive leadership and involvement. I used to do my talking on those platforms, and yes, I was critical of certain things in the past, but now I am putting all that energy into work behind-the-scenes.

“There is a huge willingness to change and move forward. I see that on the side of pitches, in clubs, and at the top level in the boardroom. I see that first hand and I’m genuinely excited about it because I know where we can go, what the potential is and how important that change is. But we have to be careful of the pace of change. It can’t be too fast, it has to be sustainable.”

Steed cites the recent elevation of Ballincollig and Wicklow RFC to the Energia Women’s All-Ireland League as examples of sustainable change. Both clubs have done Trojan work in recent years, building up playing numbers to form senior teams and enter the top division in the country.

“I don’t want change for change sake because that’s what people are saying we need,” she explains. “I want it to be measured and sustainable and for it to be based on best practise nationally and internationally. And how we use the best of what’s happening in rugby and in other codes to improve and move forward.”

Steed is part of the IRFU Women’s Advisory Group that recommended the commencement of a broad structural review of the implementation of 2018 – 2023 Women In Rugby Action Plan, to be conducted by Amanda Bennett. It will be an important piece of work, Steed says, as a number of areas of the Women’s game are examined, including the alignment between the Domestic Game and the High-Performance areas and the women’s player pathways.

“I know I have a certain standing in the game and I want to use that beneficially. I’ve always called it as it is and I haven’t changed, even in this role. Yes, I may have relinquished my media duties but it’s important to note I am talking directly to the people that can implement the changes that are needed. To have that voice at the Committee table.

“I want us to be competing with the best in the world on the world stage and is it wrong for me to say I want us to be the best? No, absolutely not, but also we need to have the structures underneath that. I want rugby to be in the best possible health in this country. I want it to be the choice of the masses, for both boys and girls, and I see its potential every week in Bruff. We have 80 girls every single week playing.

“I am really looking forward to the challenge and I know the implementation of simple things over a sustained period of time can put us on the right track. It’s an exciting time full of potential and positives.”