Two of the Energia All-Ireland Junior Cup quarter-finals were won by away teams on Saturday, as Ballyclare and Newcastle West both progressed with hard-fought victories on the road.

Connemara and Ballyclare are through to the semi-finals for the first time in their history, while Newcastle West have earned their second semi-final shot after losing to Kilfeacle & District four years ago.

Clogher Valley kept up their impressive record in quarter-final games. They have a long history with the All-Ireland Junior Cup, finishing as runners-up in 2013/14 but losing four other semi-finals.

The Tyrone club most recently reached the last-four in 2016/17, losing to eventual champions Ashbourne, so Stephen Bothwell’s charges are hugely determined to get their hands on the trophy. 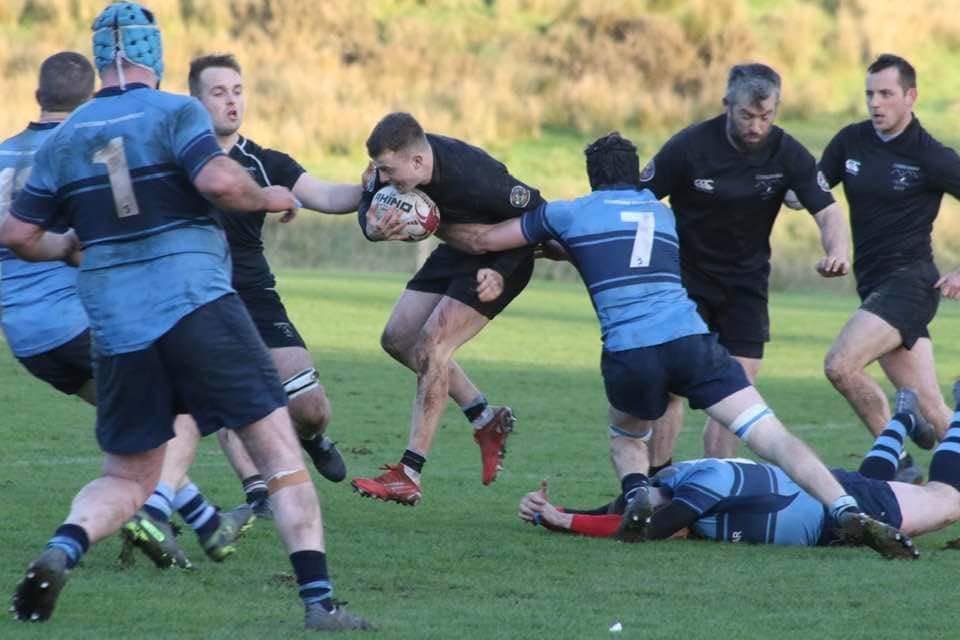 Connemara dethroned defending champions Kilfeacle and made history in the process, winning a fiercely-contested quarter-final 17-11 at Monastery Field.

Despite spending the majority of the match down to 14 men due to an early red card, the Blacks made the most of their scoring opportunities and outscored the Tipperary side by three tries to one.

David O’Reilly, John O’Brien and Fionn Heffernan all crossed for the Clifden-based outfit, in front of a raucous local crowd. Henry O’Toole tagged on a conversion.

Kilfeacle had an unconverted try from Kevin Kinane and player-coach Willie Staunton kicked two penalties. However, it was the hosts, with their skilful attack and physicality, who deservedly advanced to the semis.

Second row O’Reilly was rewarded for his opportunism when he dived on a bouncing ball in the in-goal area to touch down for the opening score, which O’Toole converted.

Guided by experienced out-half Staunton, the visitors seized the initiative thereafter and scored 11 unanswered points in a profitable 20-minute period either side of half-time. 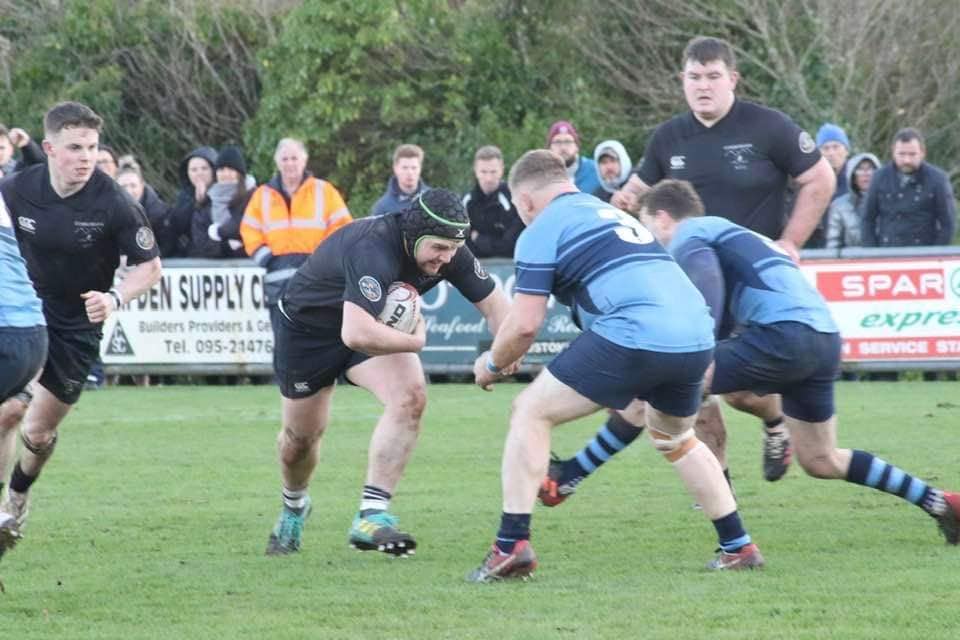 Even with their numbers temporarily reduced to 13 with a yellow card, Connemara were always in the contest. The introduction of the Staunton brothers, Niall and Ian, in the pack provided a shift in momentum.

Committed to running the ball, the Blacks were rewarded for their ambition when a sweeping move involving both backs and forwards brought them into Kilfeacle territory.

Armed with a penalty advantage, Connemara worked the ball to the right and Mark Joyce deftly offloaded to his centre partner O’Brien, who evaded the attentions of the defence to score in the corner.

Not content with consolidating their 12-11 lead, the Galway men looked to increase it and with the game in its dying embers they collected their third five-pointer.

In another purposeful attack, tighthead prop Heffernan picked up possession outside the 22 and, selling two dummies, he thundered through to touch down in the corner and complete a famous victory. 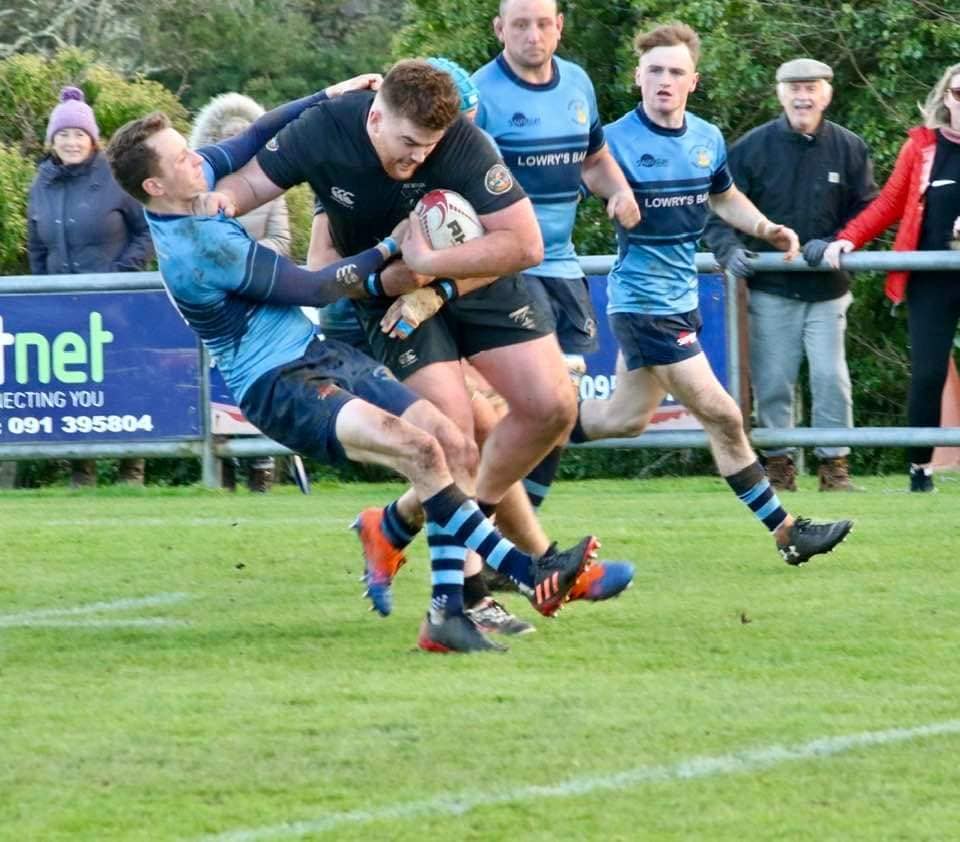 As expected, Ballyclare had a much tougher time of it against Enniskillen than in their recent league clash. They prevailed by a single point in the end, winning 18-17 at Mullaghmeen in a tense finish.

Ballyclare defended well late on, holding off Enniskillen’s attempts to earn a match-winning score, as they advanced thanks to two Scott Martin tries and eight points from the boot of Robbie Reid.

Winger Martin opened the scoring in the 16th minute, crashing over in the left corner after scrum ball had been whipped out to both sides of the pitch. Reid added a well-struck conversion from out wide.

The sides could not be separated in the lead up to half-time, as Enniskillen twice fought back with tries of their own. Their player-of-the-match, Jack Rutledge, grabbed the first off a close-in scrum.

Martin managed to finish off a Ballyclare attack down the narrow side, inside the hosts’ 22. He chased down a kick ahead and touched down, with Reid’s missed conversion leaving it 12-7. 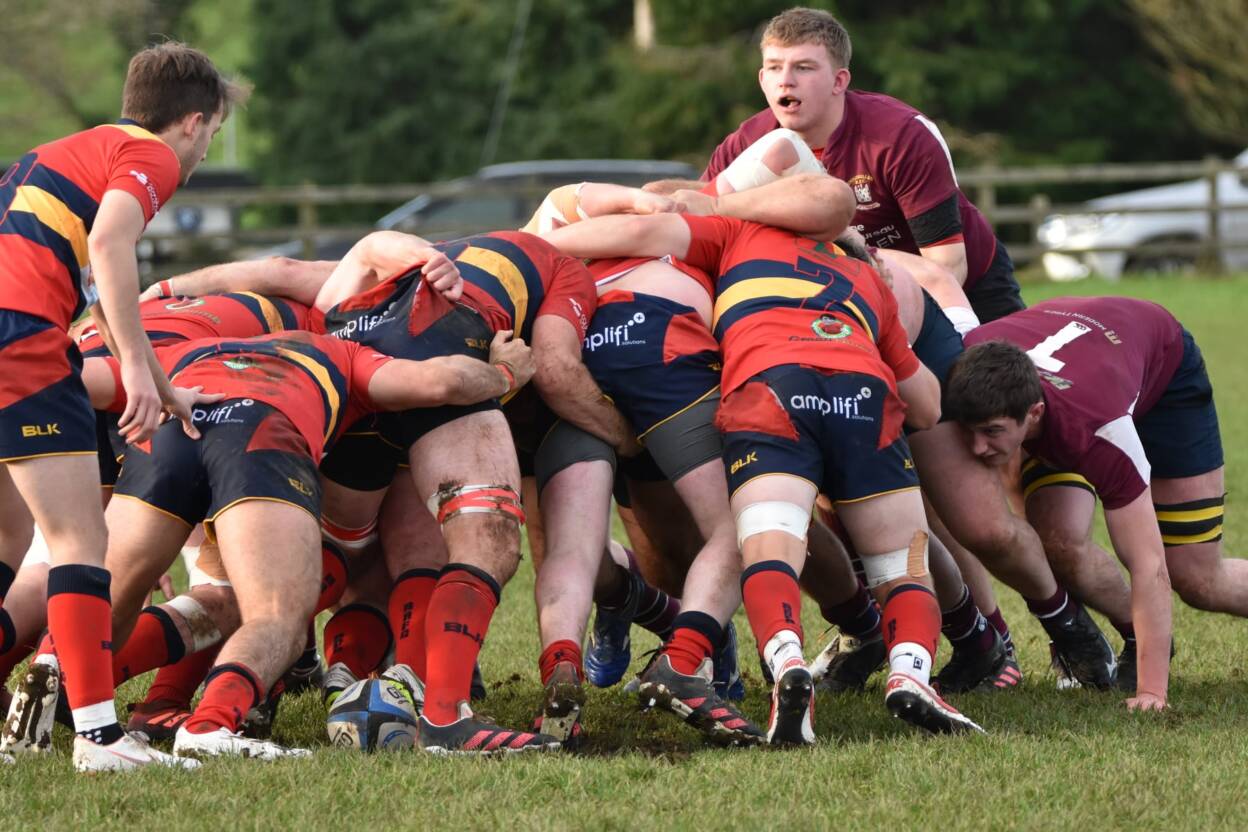 However, Stephen Welsh’s Skins hit back just before the break, kicking a penalty to the corner and the resulting lineout maul saw hooker Steven Fox power over to draw the teams level again.

Despite falling behind to a Reid penalty, Enniskillen went ahead for the first time midway through the second half. They stretched the Ballyclare defence out wide and full-back George Foster grabbed their third try.

Unfortunately, the conversion was missed at 17-15 and the door was left open for Ballyclare to respond from the tee. Centre Reid did just that, following a ruck infringement in front of the hosts’ posts.

Enniskillen stormed back downfield in search of a response, a costly penalty ending one promising attack before Ballyclare, with James Creighton clearing well, successfully weathered the late storm. 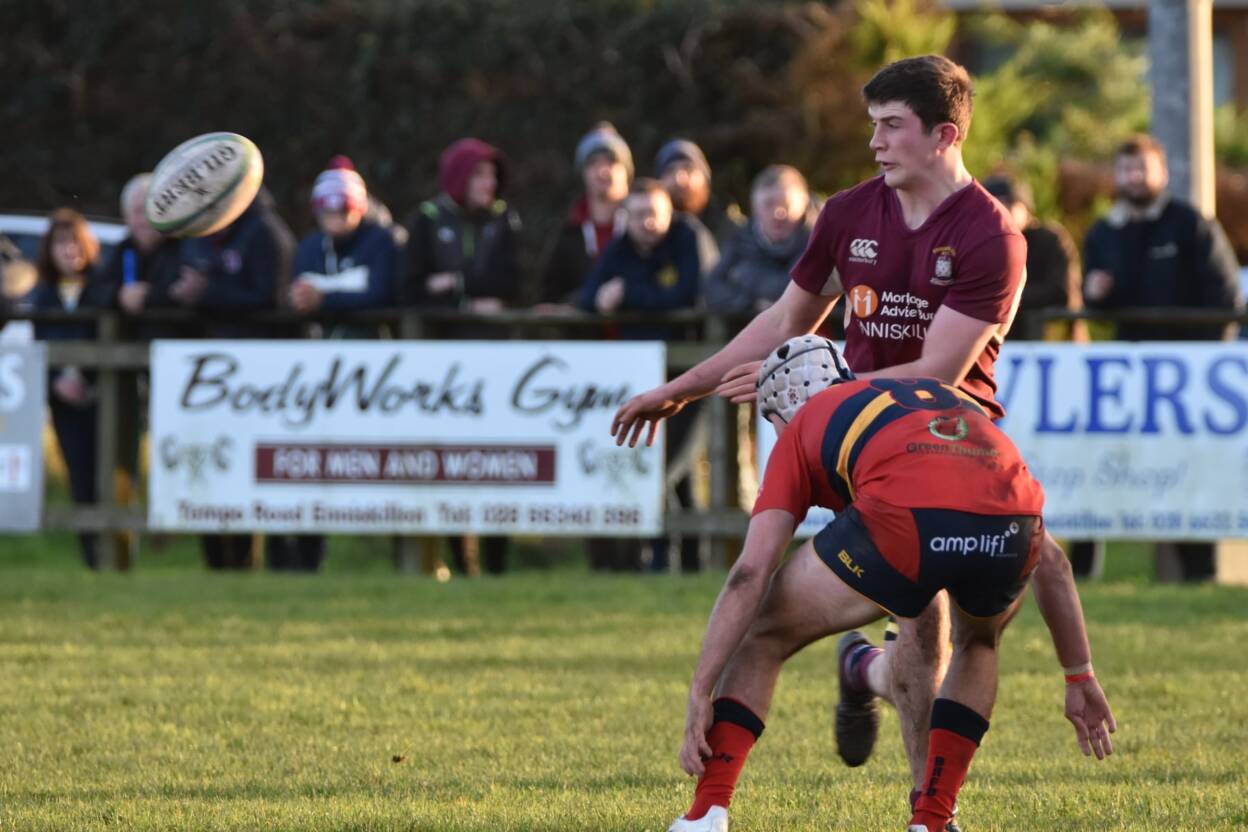 Meanwhile, Newcastle West will be Munster’s representatives in the semi-finals after defeating Mallow 21-15 in a cracking provincial derby in north Cork.

Ronan Mills and captain Owen Glynn touched down early in each half for Mallow, who turned in an excellent performance against a team that plays a division above them in the Munster Junior League.

Newcastle West had to absorb plenty of pressure in defence and pick off some timely scores, James Kelly’s 35th-minute try adding to two Charlie O’Doherty penalties as they nipped into a 11-10 lead for half-time.

Mallow muscled their way back in front, just seven minutes into the second half, but captain Alan O’Riordan led by example for NCW, finishing off a terrific forwards try at a crucial stage of the game.

O’Doherty converted and then tagged on a penalty with three minutes remaining, as the Limerick men took a tight verdict by six points, despite Mallow’s frantic late search for a third try.

Clogher Valley had the biggest winning margin in the last-eight, captain Paul Armstrong tallying up 18 points in a well-judged 23-6 triumph over fellow Ulster side Dromore.

Hooker Kyle Cobane, Clogher’s player-of-the-match, scored their other try, while a strong defensive display from the hosts saw Dromore kept try-less at the Cran.

Full-back Armstrong’s 22nd-minute penalty opened the scoring and he soon added a second close-range effort. Dromore halved the deficit with a well-struck kick from Jason Gribbon.

However, Armstrong stung the visitors with a intercept try just before the interval, running clear from inside his own half. His conversion extended the lead to 13-3.

Gribbon split the posts again to put a converted score between them, but Clogher began to dominate both possession and territory and the clinching try duly arrived on the hour mark.

A sustained bout of pressure from the Valley pack ended with Cobane driving low for the line. Armstrong converted and followed up with a 71st-minute penalty to send the Fivemiletown faithful home happy.