The Ireland Men’s and Women’s Sevens teams get their HSBC World Rugby Sevens Series campaigns underway in Dubai on Friday November 26th. TritonLake, as title sponsors of the Ireland Sevens programme, is celebrating this with the launch of a new podcast series, TritonLake Perform.

TritonLake Perform will explore the intersection of sport and business, and in particular, the necessary ingredients when it comes to creating and maintaining a dynamic high-performance culture.

Hosted by TritonLake founder and CEO, Conor Smyth, guests on TritonLake Perform will come from the world of sport and business, with particular focus on businesses operating in the countries where HSBC World Rugby Sevens Series take place – many of which are key markets for TritonLake. 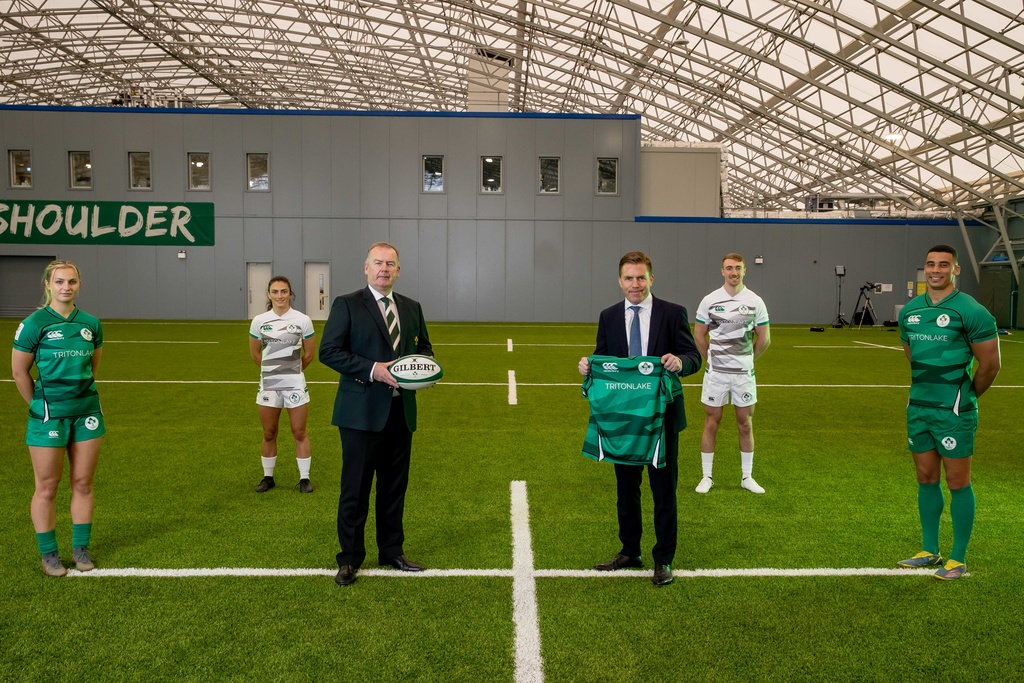 The first episode of TritonLake Perform features Ireland Men’s Sevens Captain and Olympian, Billy Dardis, who outlines his Sevens journey, his path to captaincy and the leadership challenges the role presents, his Olympic experience as well as managing his career as a Management Consultant alongside his sporting commitments. To listen to the first episode of TritonLake Perform, click here.

TritonLake is a global investment advisory business that leverages technology and behavioural science to bring relevant investment opportunities to an extensive network of sophisticated investors.

Rugby fans can look forward to even more exclusive content that TritonLake will be sharing on its social media platforms in the coming months, including insights from members of the Sevens team on mindset, leadership and resilience. Stay up to date by following @TritonLake on social media.

Speaking at the launch of TritonLake Perform, Dardis said: “TritonLake coming on board as primary sponsor of the Ireland Sevens programme has provided a real boost to all of us as players as it is a vote of confidence in what we are setting out to achieve. As players, we are all looking forward to getting back out on the pitch and representing Ireland on the world stage. I really enjoyed speaking with Conor, sharing some of the learnings from my personal, sporting and professional journey to date and some of the lessons I know help me to perform at my best on and off the field of play.”

Commenting on the launch of TritonLake Perform, Conor Smyth, CEO and Founder of TritonLake, said: “At TritonLake we know that there are significant parallels between the world of sport and business when it comes to ingredients for success.

We are delighted to partner with the Ireland Rugby Sevens Programme, to learn with and from them as they represent Ireland and to be able to share those learnings with existing and potential partners through TritonLake Perform. We are delighted to be with them in Dubai, a key market for TritonLake, and wish them all the very best of luck as the action gets underway this weekend in Dubai.”

Chairperson of the IRFU Commercial and Marketing Committee, Michael Collopy, said: “TritonLake is a fantastic addition to our family of Irish Rugby partners. TritonLake, like our Sevens programme, strives to achieve success around the world. There are notable parallels between performance across sport and business, thus we are confident that TritonLake Perform will provide plenty of valuable insights for listeners.”