After putting it up to Young Munster last time out, UCC broke their duck in Saturday’s Division 1A basement battle with a hard-earned 10-6 win at Ballynahinch.

All of the points in this meeting of the bottom two were crammed into the opening 19 minutes, including UCC winger Matthew Bowen’s fifth try of the season.

Captain Rob Hedderman converted it and added a penalty, and although Jack Milligan pulled back six points for Ballynahinch, a scoreless second half meant the visitors finished on top.

‘Hinch were first to threaten, full-back Yasser Omar evading two tackles to take them up towards the UCC 22. The attack quickly broke down, though, and Bowen stunned the home crowd after just three minutes.

Mark Bissessar dived on a loose ball just inside the ‘Hinch half, Daniel Squires dangled a kick through into open territory and the lightning-quick Bowen was first to it, touching down ahead of Shane Ball. 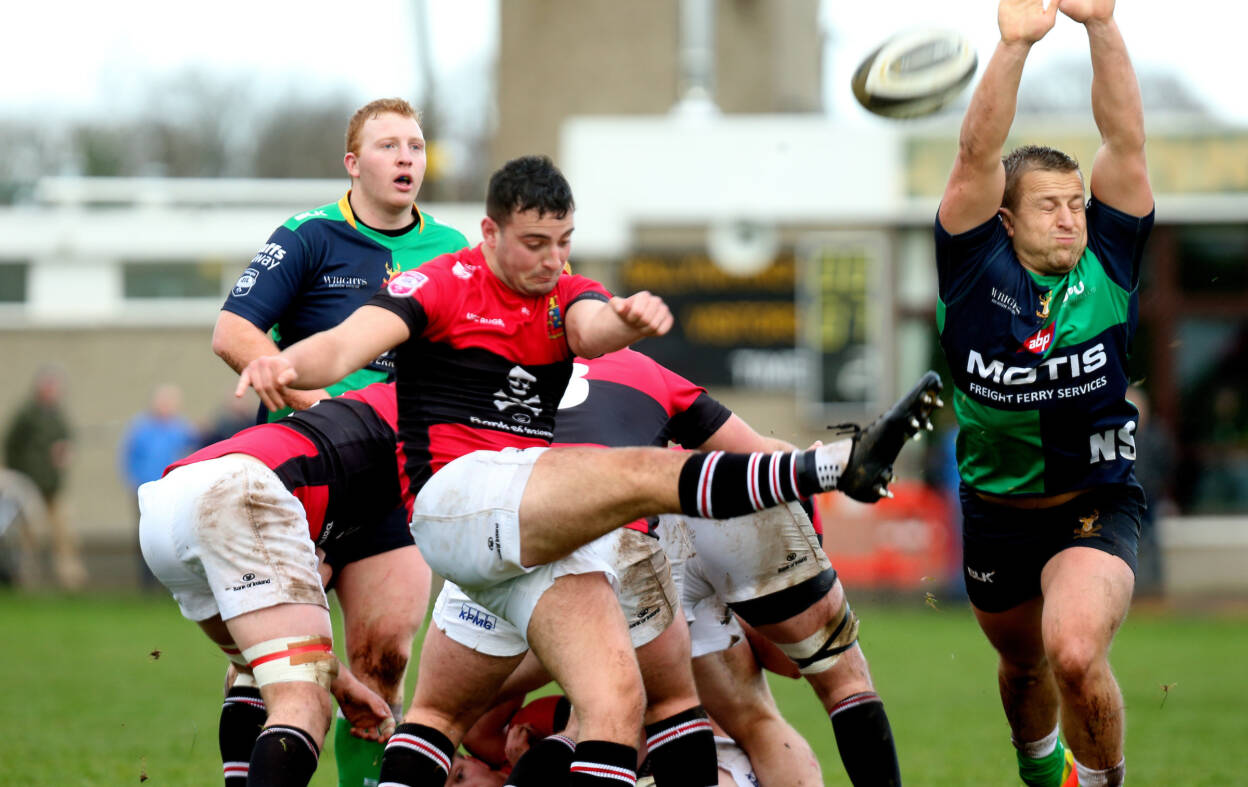 Full-back Hedderman did well to make it a full seven points, but ‘Hinch wasted little time in responding, their lineout maul making inroads before UCC were caught offside. Milligan split the posts from inside the 22.

Despite the rain and some heavy underfoot conditions, both sides were eager to play with width. The kicking battle was nip and tuck, with UCC’s Louis Bruce worming his way through and threatening on a kick chase.

Oli Loughead won a relieving penalty for the hosts after they had lost a lineout, but ‘Hinch were soon guilty of sealing off, allowing Hedderman to restore the Cork side’s seven-point advantage with 17 minutes gone.

Openside Loughead was well positioned at the breakdown to set up ‘Hinch’s quick-fire response, as Milligan left-footed the ball between the posts to reduce the arrears to 10-6. 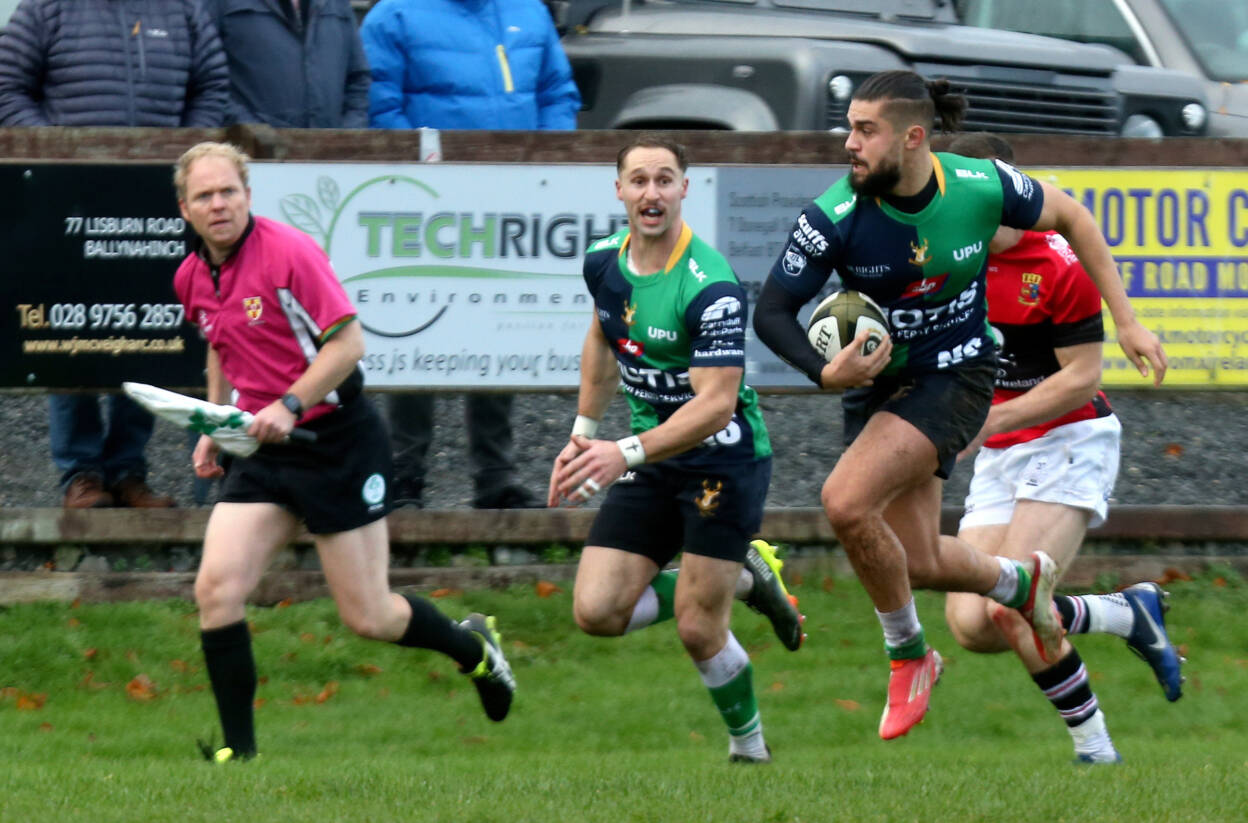 The game was developing into a real dog fight, particularly at the breakdown, and just when ‘Hinch managed to work some space out wide, Hedderman’s deliberate knock-on earned him 10 minutes in the sin bin.

Frustratingly for the home side, out-half Milligan overcooked his kick to touch and that was the last act of a keenly-contested opening half.

Smart kicking from half-backs Louis Kahn and Cian Whooley had UCC on the front foot, early in the second period. A scrum penalty allowed ‘Hinch to kick clear.

Adam Craig’s charges made very good ground with a well-executed lineout drive, but they could not exploit Hedderman’s absence in the backs, and Aidan Brien’s charge-down brought UCC back downfield.

When ‘Hinch managed to build phases, Thomas Donnan and Cairns opened up the visitors’ defence but a try eluded them again when Rory Butler’s pass out to replacement Diego Vidal Souza was adjudged forward. 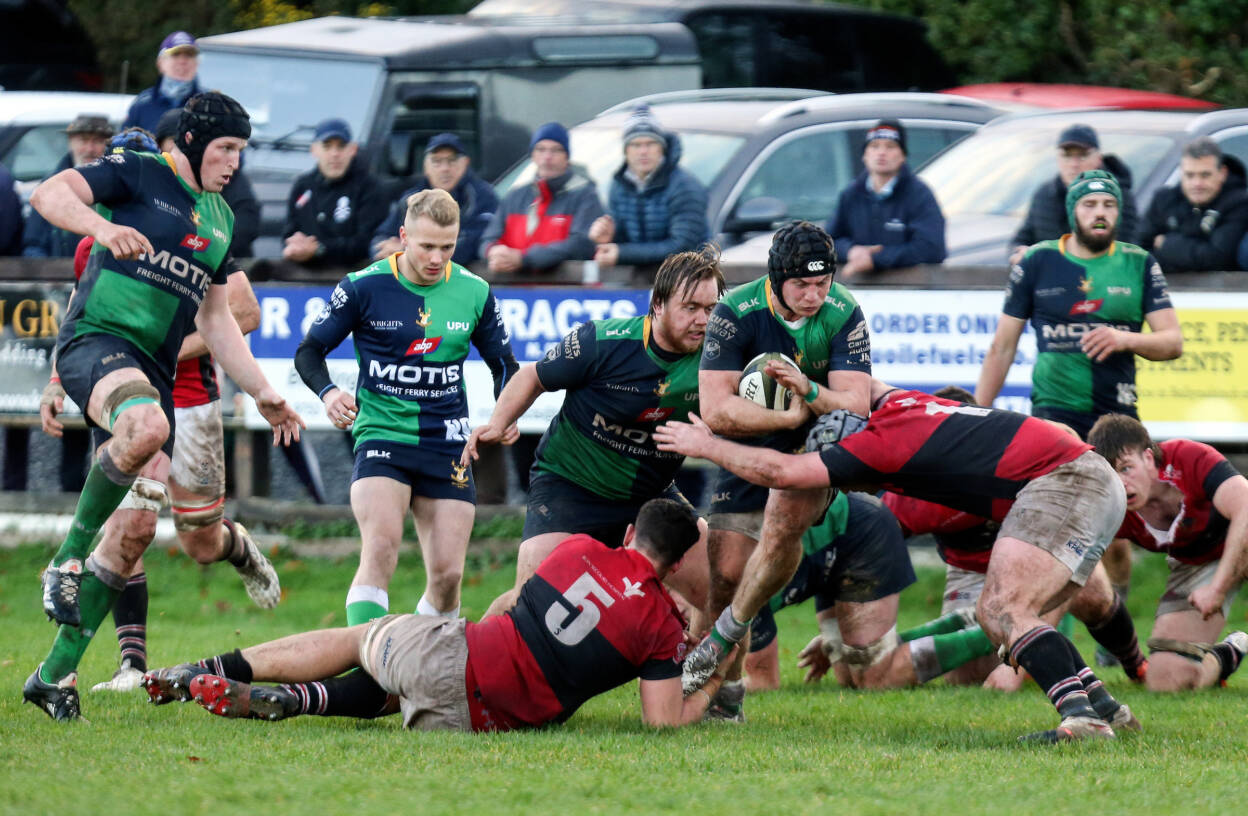 Back-to-back penalties, including one at scrum time, saw the Co. Down side continue to knock on the door, only for Jack Kelleher’s rip in the tackle to briefly take the pressure off UCC.

Into the final 10 minutes, the Ulstermen continued to force the issue until turnover ball allowed UCC centre Squires to fire away a brilliant 50:22 kick.

Although Hedderman flashed a subsequent penalty wide, UCC played out the remaining minutes in ‘Hinch territory, their forwards maintaining a high work-rate and centre Darragh French threatening from a kick through.