Ireland head coach Andy Farrell sang the praises of openside flanker Josh van der Flier after his side made it three wins from three in the Autumn Nations Series.

Taking his haul to three tries in four Tests, the Wicklow man helped Ireland to their biggest ever victory over Argentina – 53-7 – as the home forwards feasted on seven well-executed scores.

Responding to the ever-increasing competition for places within the national squad, van der Flier is doing his utmost to cement a regular starting place.

Speaking during the post-match press conference, Farrell said: “He has been outstanding, Josh, in the three games (this autumn) and I know that he’s come off in all three games, but he’s been exceptional.

“He’s emptied himself, in fact he’s got us out of a lot of trouble at times in the three games. Just by his sheer want to not get stopped in his carry. He’s been outstanding.

“I think something clicked with Josh when Will Connors was coming onto the scene. We know that Will is a great player.

“He’s going to come back from injury pretty soon and push for a claim as well. Josh has stood up to the competition and he has been exceptional this month.” 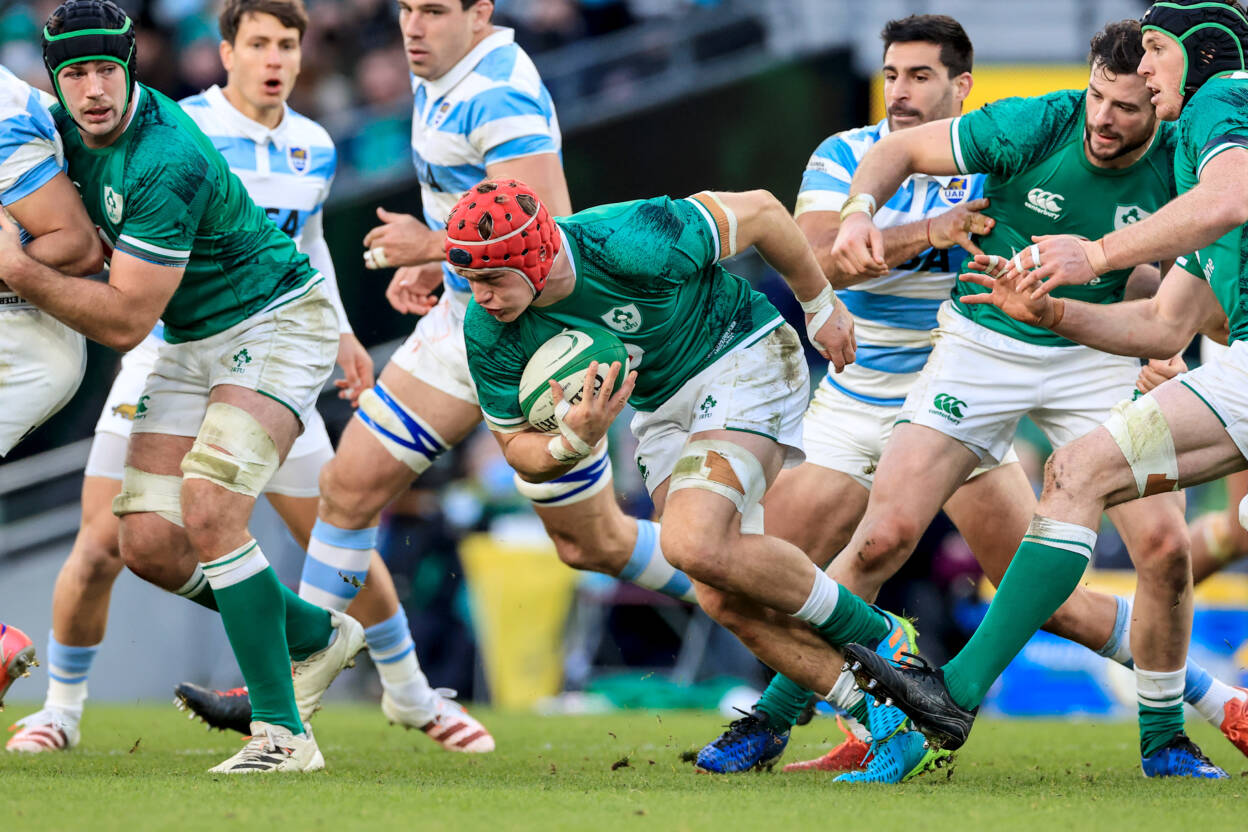 Van der Flier was initially set to be joined in the back row by his Leinster colleagues, Caelan Doris and Jack Conan. While Doris took to the field as planned, a quad strain ruled Conan out of contention.

Iain Henderson tweaked his hamstring during yesterday’s warm-up, meaning Munster duo Peter O’Mahony and Tadhg Beirne were promoted from the bench in two late changes to the starting XV.

The vacant places in the matchday 23 went to Ryan Baird and Nick Timoney, who had to make a considerable trek from Belfast in order to don the green jersey for the second time at Test level.

“Jack Conan, he felt a little bit of something in his quad yesterday. We gave him until this morning to see how he would wake up. We thought he’d be okay, but he wasn’t,” explained Farrell.

“We didn’t even get to the warm-up obviously with him. A quarter to eight this morning, Nick Timoney got a call to come back down from Belfast.

“For all the mix-up this morning, Tadhg Beirne was covering second row and all of a sudden he’s covering 6, 7 and 8. Then he’s back into second row again and he plays a match like that.

“Pete (O’Mahony) comes off the bench to play a full game and ends up captaining the side (after James Ryan was withdrawn) and has a stormer.

“The most pleasing part about the month really that we’ve been together is the cohesion as a group and going forward as a group.” 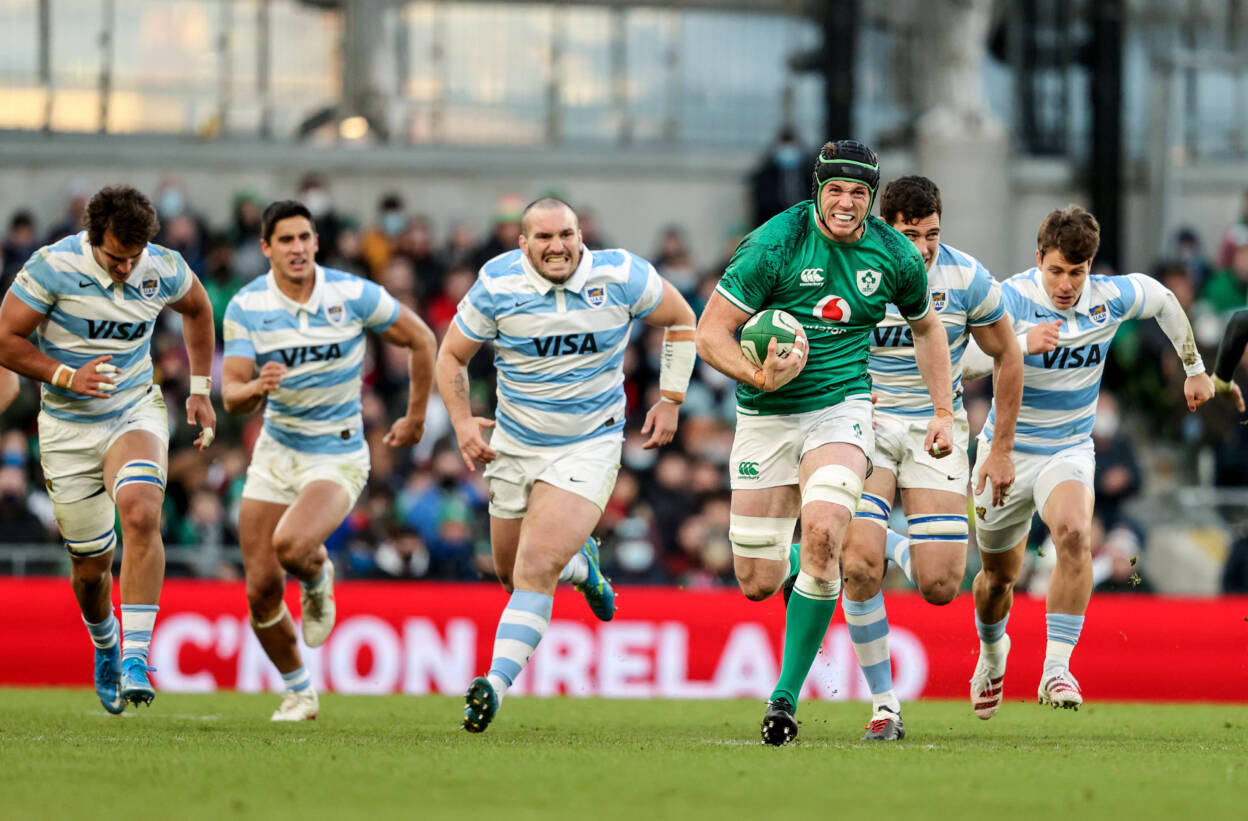 The aforementioned Baird was amongst a number of players in their early 20s to be introduced as replacements over the course of Ireland’s final Test of 2021.

The more experienced duo of Cian Healy and Keith Earls also made cameo appearances and Farrell was thrilled with the contribution each player made to the men in green’s eighth successive win.

“That’s why I say today was the most pleasing day for me, because of how we’ve grown as a group. Those lads thoroughly deserve their chance and it wasn’t just them. It wasn’t just the young lads,” he added.

“Look at Cian (Healy), what he did when he came on. Look at the experience of Earlsy (Keith Earls), what he brings to the bench.

“Pete has been on the bench a couple of times and has been exceptional when he comes on. It’s a squad thing, but those lads, they’ve deserved a big block of time. I thought they were exceptional.

“The two half-backs come on and speed the game up. It’s there for all to see. Dan (Sheehan) comes on and gets nine out of nine (with his lineout throws), and looks such a presence with ball in hand. Line speed defensively as well.

“That’s great and Ryan Baird comes on. Wasn’t playing until eight o’clock this morning, seamlessly comes on and has a few big moments as well.

Tom O’Toole has been around the group for a good while and he has grown massively in maturity as far as his scrummaging is concerned, first and foremost. But in and around the group just as an Irish rugby player.

“I’m so pleased with him because he has been patient enough learning his trade. It’s a tough old position tighthead, for a young kid. He was exceptional when he came on as well. Nice and composed.” 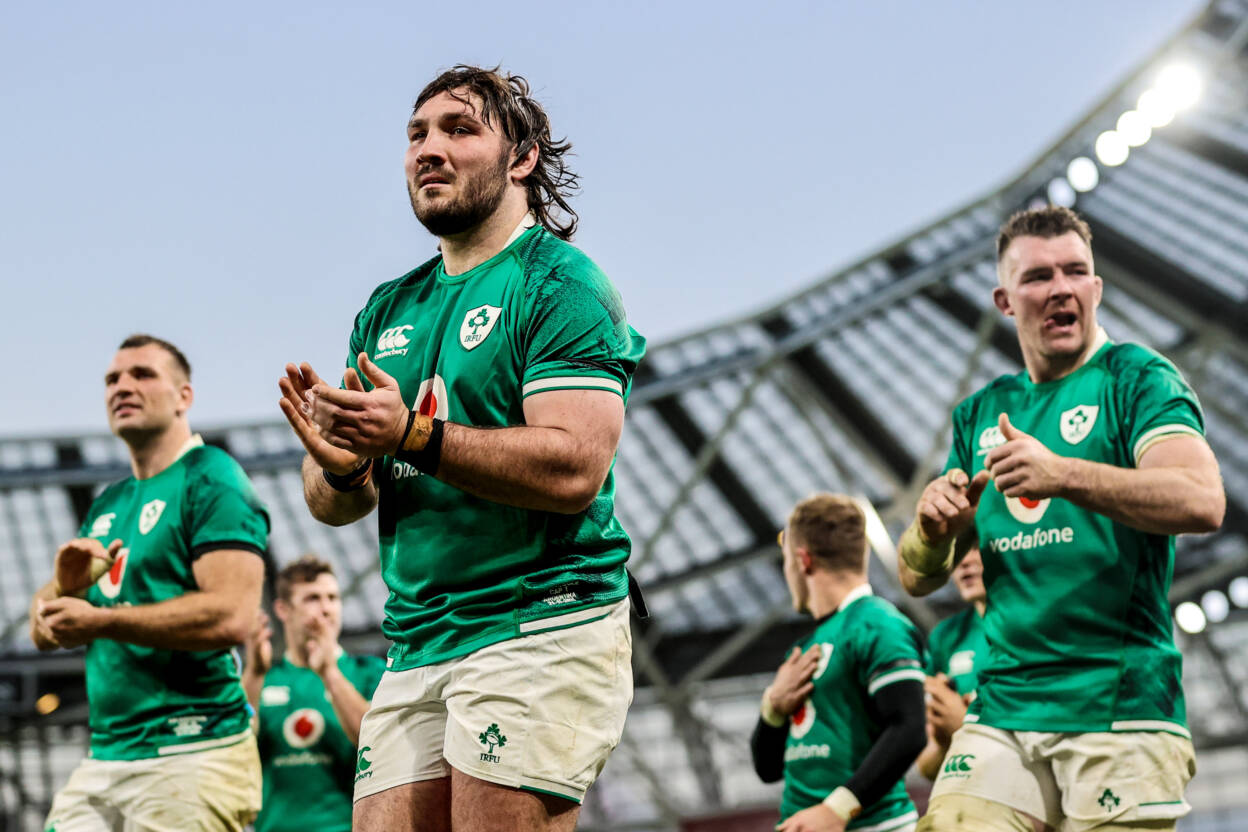