Participation in rugby for women and girls is on the rise and when you look at clubs like Banbridge RFC, it’s not hard to see why.

Running Canterbury Give It A Try for the first time over the summer proved to be a big hit with girls aged from eight to 14. The club are also part of Ulster Rugby’s Super Series, a new programme designed to provide 15-a-side playing opportunities for U16 and U18 girls.

There’s an average of 20 women in contact training on a Monday night while the touch rugby squad continues to grow after their recent run-out at Kingspan Stadium for an exhibition game.

What’s more impressive is that Banbridge only launched their women’s programme a matter of weeks ago. “We’re chuffed to bits with how everything is developing,” says club executive member James Cromie.

“We started out with a focus on fun, fitness and non-contact skills.95% of the women we started with had never touched a rugby ball in their lives. They’d never even been to a rugby club, but they’ve taken this opportunity and run with it. They’re the first to get tickets to our social events too.”

Many clubs are looking at how they can offer rugby to more women and girls as way of ensuring long-term sustainability and viability. The solution for Banbridge RFC was simple – commit the resources required, find the right person to lead the way and be supportive along the journey.

Caroline Meenan was installed as Director of Women’s and Girls Rugby for Banbridge in April 2021. The result has been overwhelmingly positive for the women and girls involved and for the wider club. IrishRugby.ie spoke to Caroline in Rifle Park during the club’s first ever hosting of Canterbury Give It A Try. 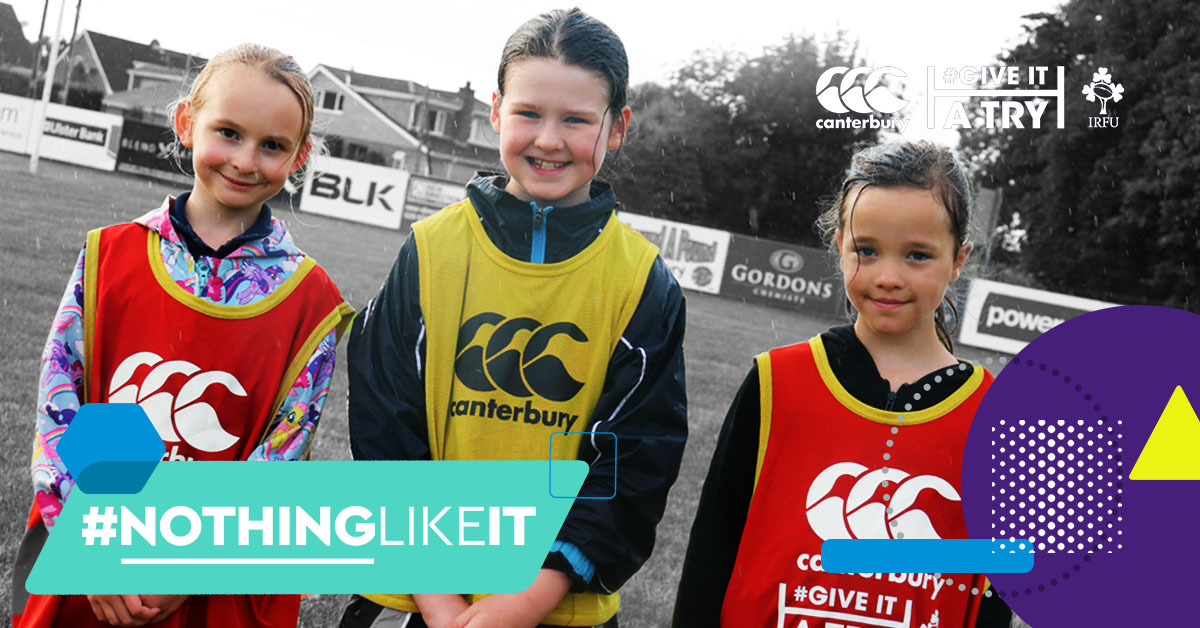 Caroline, can you talk to us about what leading change looks like for women in rugby?

Taking Banbridge as an example, you’re leading a team of men who’ve been involved in rugby for many and haven’t really had a strong female leader coming into the club and leading the development of a whole new section. Banbridge had that vision for the club and knew that’s what they wanted.

They asked me to come down and present a five-year plan to them of what I would do. They had to make sure that I was right for the role and for the club, which I thought was fantastic. They were making sure our visions were the same. It’s all about working together and interacting.

I set out a clear, defined plan with small steps – key deliverables that everybody in the club has visibility of so that they can see the progress. It’s a phased introduction of female rugby.

What did you start with?

We started off in June with introducing social rugby. We’re averaging about 30 ladies that have never played rugby before just doing social touch rugby on a Wednesday night. The visibility of that is important because it shows the club there are senior women in the area that are interested in playing rugby.

What we can now see is an interest in progressing to contact. I’m working with the club now to look at a coaching structure that can take the ladies to the next step in parallel to keeping the social element going.

Banbridge also introduced Canterbury Give It A Try. What was that like?

That’s all about the development of grassroots rugby in the club. Showing the girls that there’s a pathway. On a training night, we can have new recruits aged eight and new recruits in their 40’s on another pitch and everybody that takes part hasn’t played rugby before.

It’s a really good showcase for what the club has achieved because two years ago, there were no females on the pitch at all.

Can you talk to us about your journey as a leader in rugby?

I turned to youth coaching after I finished playing because I could see so much potential for the development of women and girls’ rugby.

I saw the Leadership Development Programme being offered by IRFU Spirit Of Rugby in 2018 so I spoke with Ulster Rugby and quickly applied.

The course just built my confidence so much. It also made me realise that one person can’t achieve it all. One person can have aspirations but in order to execute them, you need a structure in place like we have here in Banbridge. You need that support. You need subcommittees. You need more than one strong leader and you need different personalities both on the pitch and off the pitch.

It also taught me a lot for my personal life and my career. My work is in project management so I’m all about goals, success and setting clear plans in place.

What has been the reaction of the club to the successes you’ve had so far?

I for one was panicking on the first night when there were three people in the carpark at 7:25. Then the next night, there’s 26 people.

In the space of five weeks, the club could see our aspirations and knew we were going to deliver on them and they’ve been so supportive. They went out and got a sponsor for women’s and girls rugby for the next two years.

Small things make a difference too. Money for a pizza night. We were making plans for a tournament against another club with a new women’s section and the offer was there when it came to organising the bus.

What do you think the bigger picture looks like?

I sit on committees where I have strong visibility of the IRFU Women In Rugby Action Plan and the return to rugby post-COVID has been an anxious time.

It can be really difficult for one person trying to recruit, coach, plan and get sponsorship. The leadership course taught me about the support network we need around us to lead change.

Coaches and volunteers were exhausted doing so much before, but people have come back with a new outlook of focusing on one role and doing that well within a structure.

People are passionate and enthusiastic again and not looking to rely on the provinces or the IRFU to do it for them. Yes, Give It A Try is an IRFU programme, but it’s the coaches here that make it happen.

People are taking a lot more ownership and it’s reflected in the numbers coming back . So far, so good and I hope that we really see the grassroots open up for all clubs this season.

What is your involvement in committees?

I’m the Youth Representative on the Ulster Women and Girls Committee. That came through the leadership course, as well.

It means that I can share my experiences with other clubs a lot more easily and talk about small changes that make a huge difference to club sustainability.

The skills of the leadership course help us to mentor other people and other coaches. We have blinded case studies we can share that offer real life examples of how change happens.

I also sit on the IRFU Women’s Sub Committee as the Ulster youth rep and I think it ties in quite well that I’m doing the work on the ground in Banbridge.

The IRFU are constantly sharing the positions that are available on committees and it’s great to see new people coming through, but I’m happy where I am at the minute.

We’re also looking at mentoring and leadership projects with Spirit Of Rugby at the moment and I’m excited to be involved with that.

Is there a final piece of advice you have for women who are leading change?

I would just encourage people who are struggling to be a one-man band to reach out and ask for help. Contact your province. You’re not on your own. You don’t have to do it all yourself.

Caroline has just gone on maternity leave, but the club are confident that the infrastructure and resources are in place to sustain the initial success in her absence.

“We’re getting more volunteers involved and managers and assistant coaches in place,” says James Cromie. “That’s a big step. I know I can pick up the phone to any one of the coaches from the boys’ teams and they’ll be there to lend a hand. We’re all one club.” 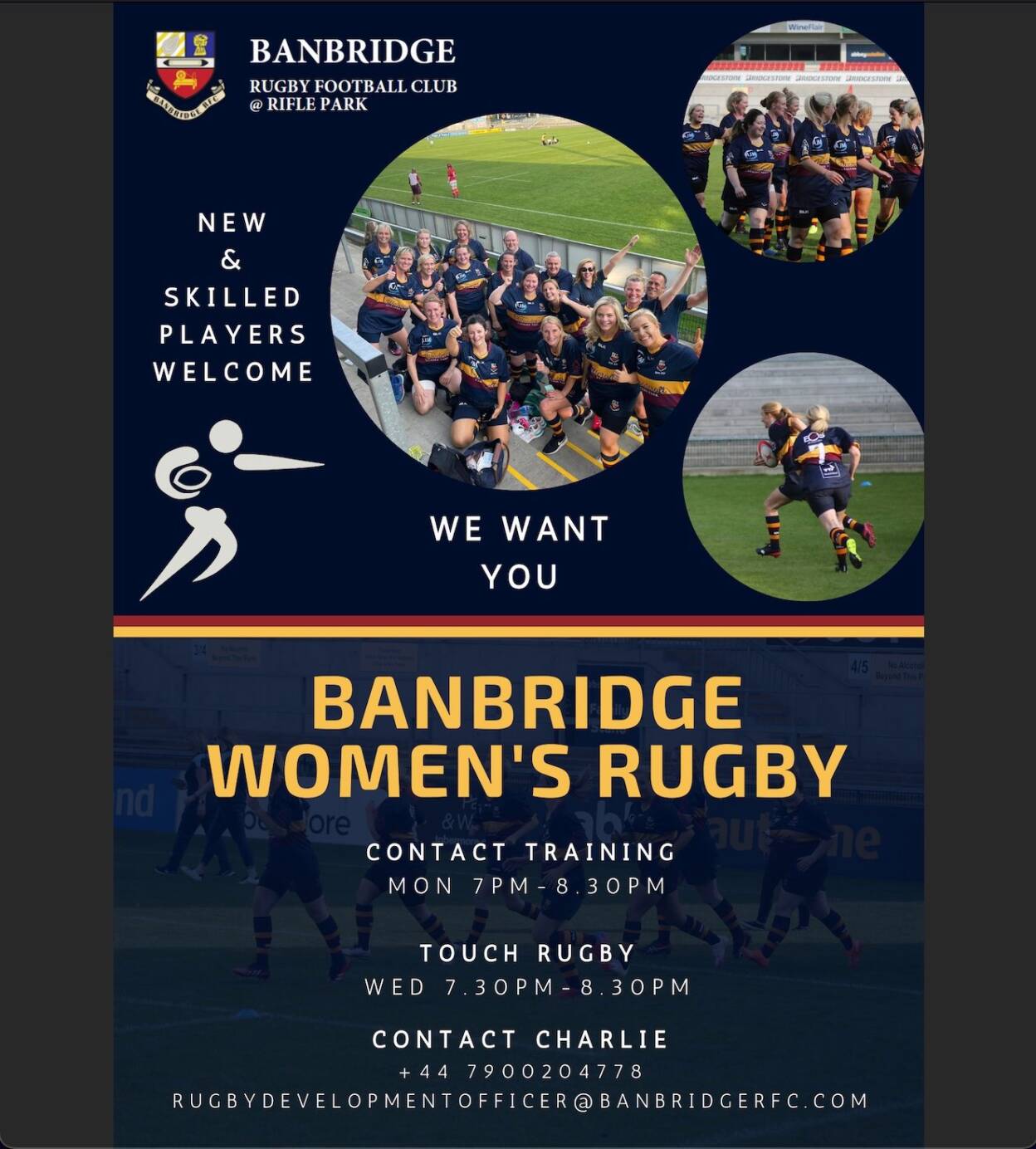