Ireland centre Bundee Aki is hopeful the return of a full crowd to the Aviva Stadium can be the catalyst for another memorable home performance against New Zealand tomorrow.

For the first time since a Guinness Six Nations win over Wales in February 2020 and the world was impacted by the Covid-19 pandemic, the Aviva Stadium is sold out for an international rugby Test.

Last night’s World Cup qualifier between the Republic of Ireland men’s soccer team and Portugal offered a glimpse of the atmosphere that Aki and his team-mates can expect at the Aviva this weekend.

An attendance of approximately 40,000 helped to make it a special occasion for new Ireland centurion Jonathan Sexton in last week’s Autumn Nations Series opener against Japan, but it will be significantly heightened for the visit of the All Blacks.

“My hair was standing at the back of my neck and my ears were ringing at the time. I was like. ‘Jesus, this is absolutely loud’.

“It wasn’t a full crowd then, so I can only imagine what this weekend could be like with a full stadium, a packed out stadium. We’re looking forward to a very good crowd behind us.” 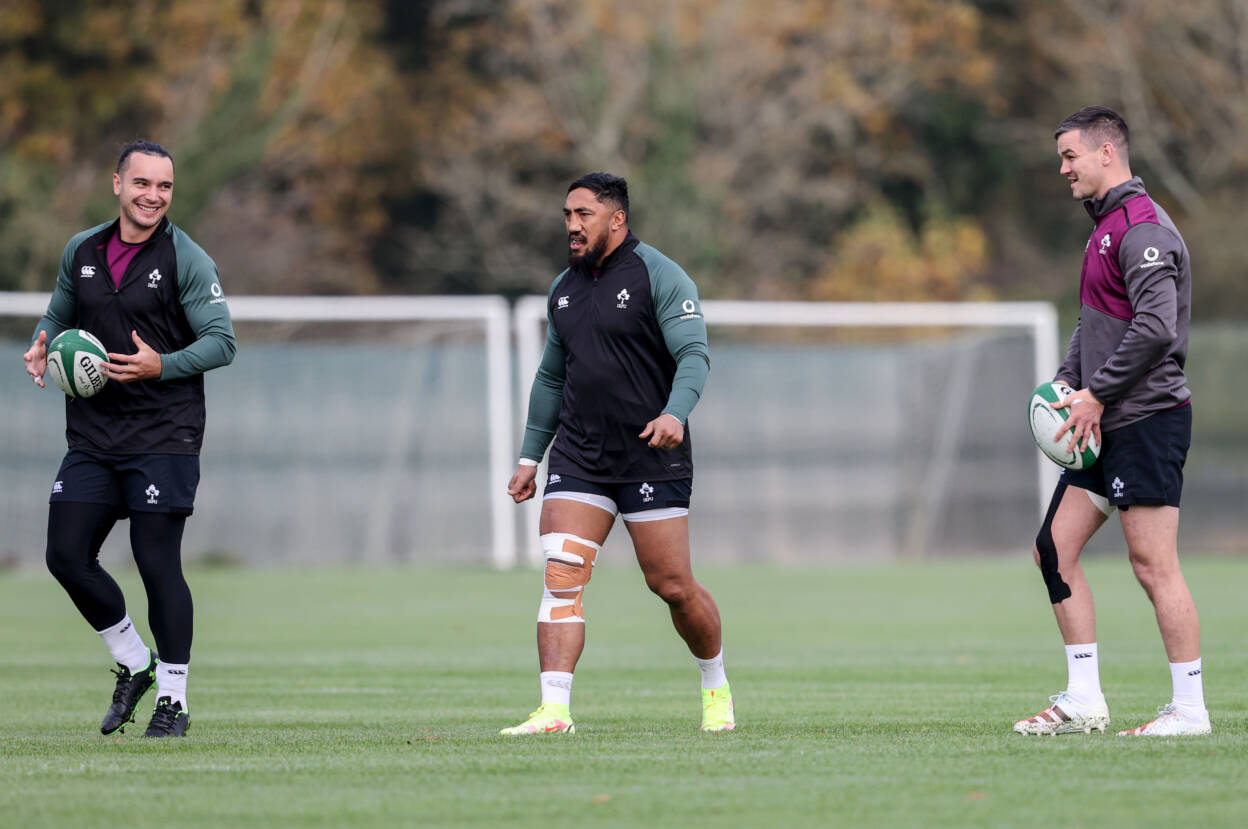 A native of Auckland in New Zealand, Aki made his Ireland debut in a convincing triumph over South Africa almost four years ago to the day.

His one appearance against New Zealand was a successful one as he played a significant role in a memorable 16-9 home victory for the men in green in November 2018.

While it would be understandable if the Connacht star felt strong emotions ahead of each encounter with New Zealand, he is doing his best to take his own personal circumstances out of the equation.

I try to approach it as just another match, but it is a special occasion. Playing against New Zealand obviously. The mere fact they’re the number one team in the world.

“They’re the big boys in town and they’re the hard ones to play against. I think everyone is looking forward to the challenge that is put in front of us.

“They’ve got world class players throughout their whole squad. I think they’re leaving out a huge amount of experience as well. Quality players, who are not named in the team this weekend. I think that’s the luxury New Zealand have.

“They’ve got a very, very big basket of high quality players. You could pick any starting 15 to put out and they’ll put in a performance just the same way they do every single week.”

During their 60-5 success against the Japanese, Ireland played an encouraging brand of attacking rugby, with Aki himself getting over for a well-worked try during the second half. 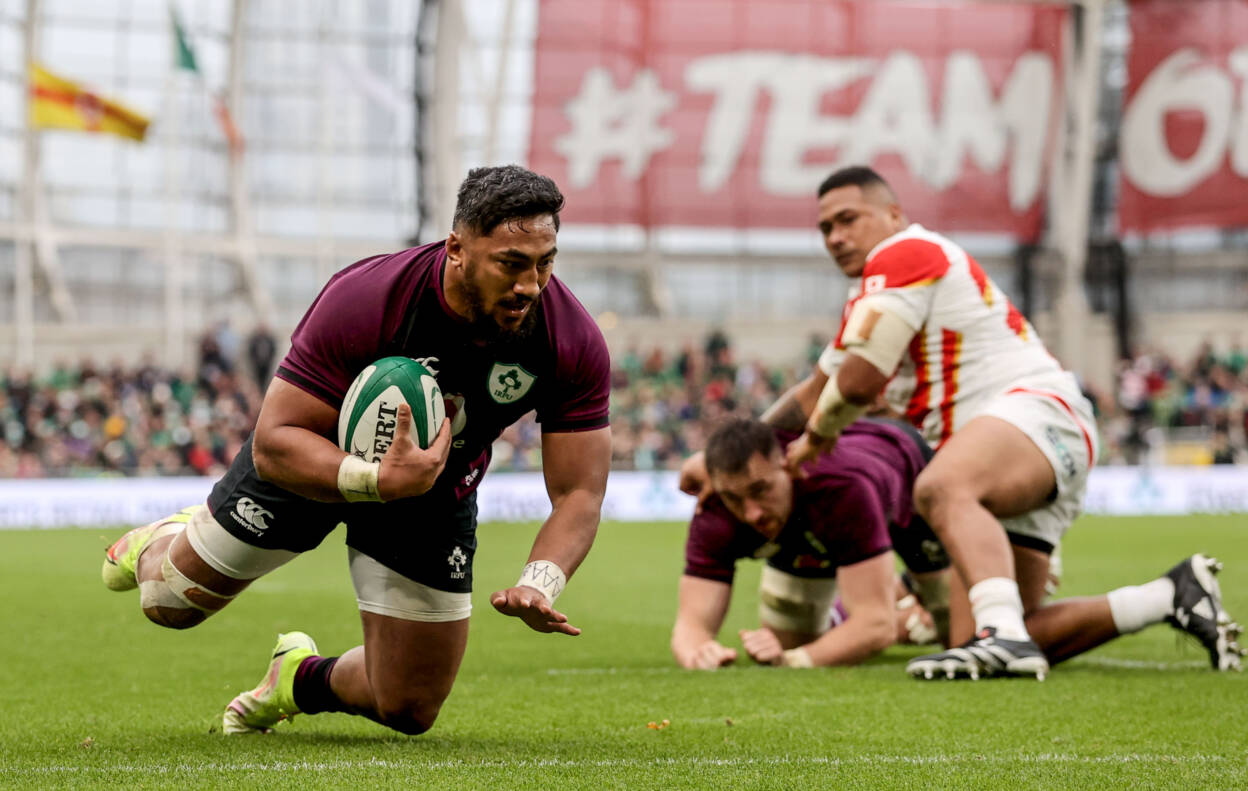 Although they have every intention of adapting a similar approach tomorrow, the 31-year-old, who missed the 2019 Rugby World Cup clash with New Zealand through suspension, acknowledged the importance of playing what is in front of them.

“I think we all want to play very expansive rugby and very entertaining rugby, but there’s a lot of stuff that comes into play. There’s a lot of circumstances when you’re in the game that you’ve got to be able to do first, which is make sure you win the contact or the collision.

“Make sure you’ll be able to get nice, quick ball for everyone else to play in and everything else will fall into place.

Given how well it went for Ireland against the All Blacks in 2018, it would be tempting for Andy Farrell’s men to try and channel that display when they cross the white line on Saturday. 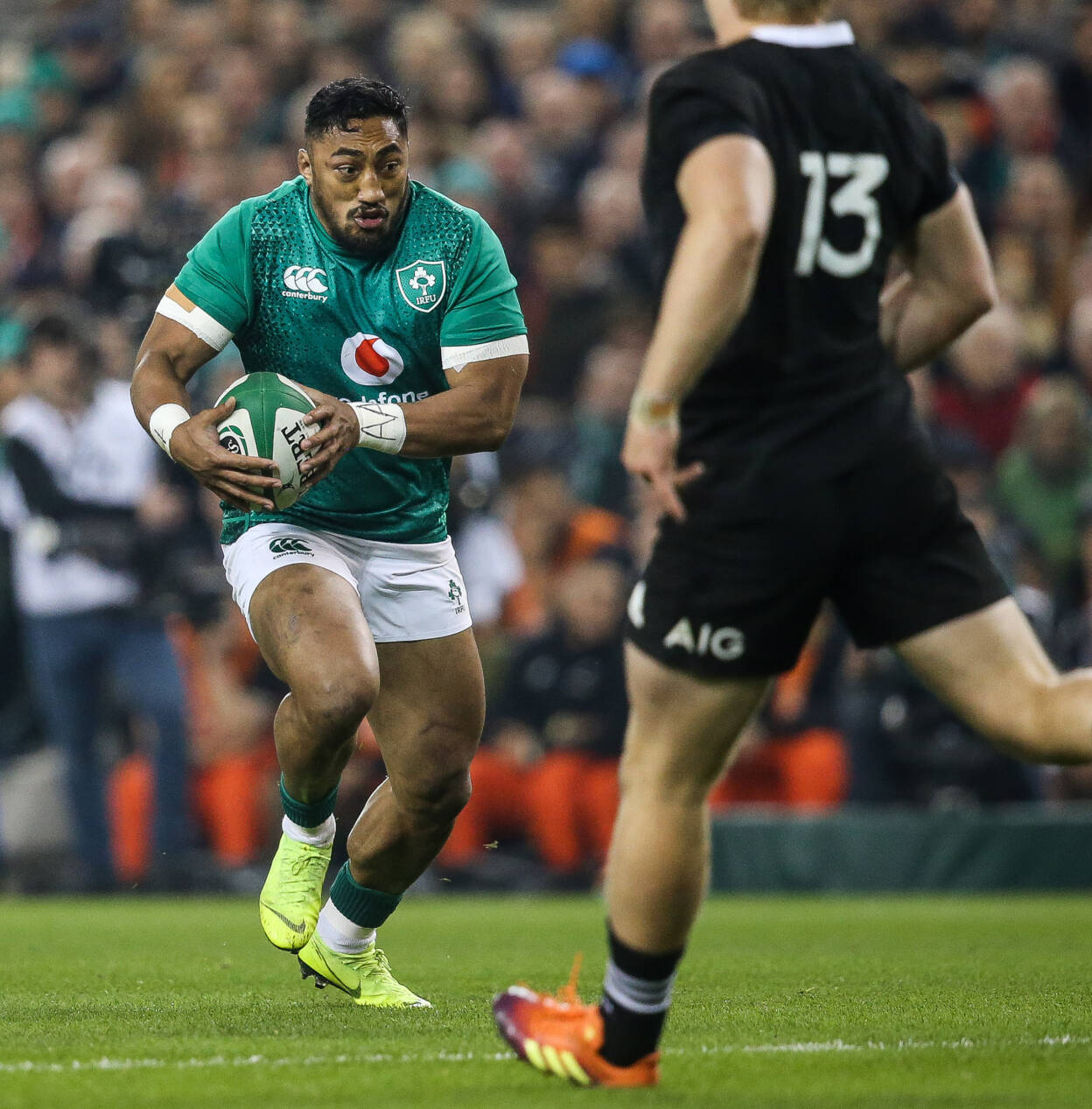 Yet, as far as Aki is concerned, New Zealand will be an even more difficult proposition this time around. He added:

2018, obviously it was important that day. It was a good day for us, for Irish Rugby, but I think New Zealand is a different kettle of fish at the moment. They’re improving every single year.

“They’re becoming better and better as they play every game. You’ve seen what they’ve done in the Rugby Championship, as well as coming here on their November tour.

“I can’t speak highly enough of how good they’ve gone as a group and as a team. It’s just going to be a task for us that we’re going to have to be able to go out there and perform.”