Amee-Leigh Murphy Crowe is in line to win her sixth Test cap on Friday. ©INPHO/Giuseppe Fama

Despite the disappointment at falling short in their bid to reach next year’s Rugby World Cup in New Zealand, Amee-Leigh Murphy Crowe insists there is a positive mood within the Ireland squad ahead of their Autumn Test against the USA in the RDS on Friday (Kick-off 7.15pm, tickets available here).

This game will be a landmark moment in the history of women’s rugby on these shores, given an international Test has never taken place at the Ballsbridge venue before now. Tipperary native Murphy Crowe is listed amongst the replacements for the game – which kicks off at 7.15pm and will be available on the RTE Player – and is thus hopeful of picking up her sixth international cap at the XVS grade.

“The atmosphere has been good. We had two camps together, to get all our work done and our preparation ahead of Friday night’s game against the USA. We’re just going to keep our heads in check and continue to prepare into camp now today for a training session and tomorrow’s Captain’s Run,” Murphy Crowe explained in a press conference on Wednesday.

“Then we’ll hit the ground running on Friday and perform how we want to perform. Because we know we’re capable of doing that very well. I feel like when you come into this bubble and the team is around you, we’re all focused on the one thing. Which is Friday night’s game. That’s the key for this week. Just focus on your session.

“Because at the end of the day, if you’re not performing in training today and tomorrow, it could put doubts in your head for the game going into Friday. We all just want to be in check, ready to go, hitting the ground running on Friday evening.”

Having featured at the Rugby World Cup Sevens in San Francisco back in the summer of 2018, Murphy Crowe was desperate to join the list of players who have played global tournament finals in both rugby codes. While it remains a major source of frustration that their Europe Qualifiers in Parma were ultimately unsuccessful, she and the remainder of the squad recognise how important it is to keep moving forward.

“To be honest, we have to get on with it. We’re international players, we’ve got a game on Friday night. We’ve had to come into the camps. It has been so heartbreaking, not being able to qualify. Every player feels grief. 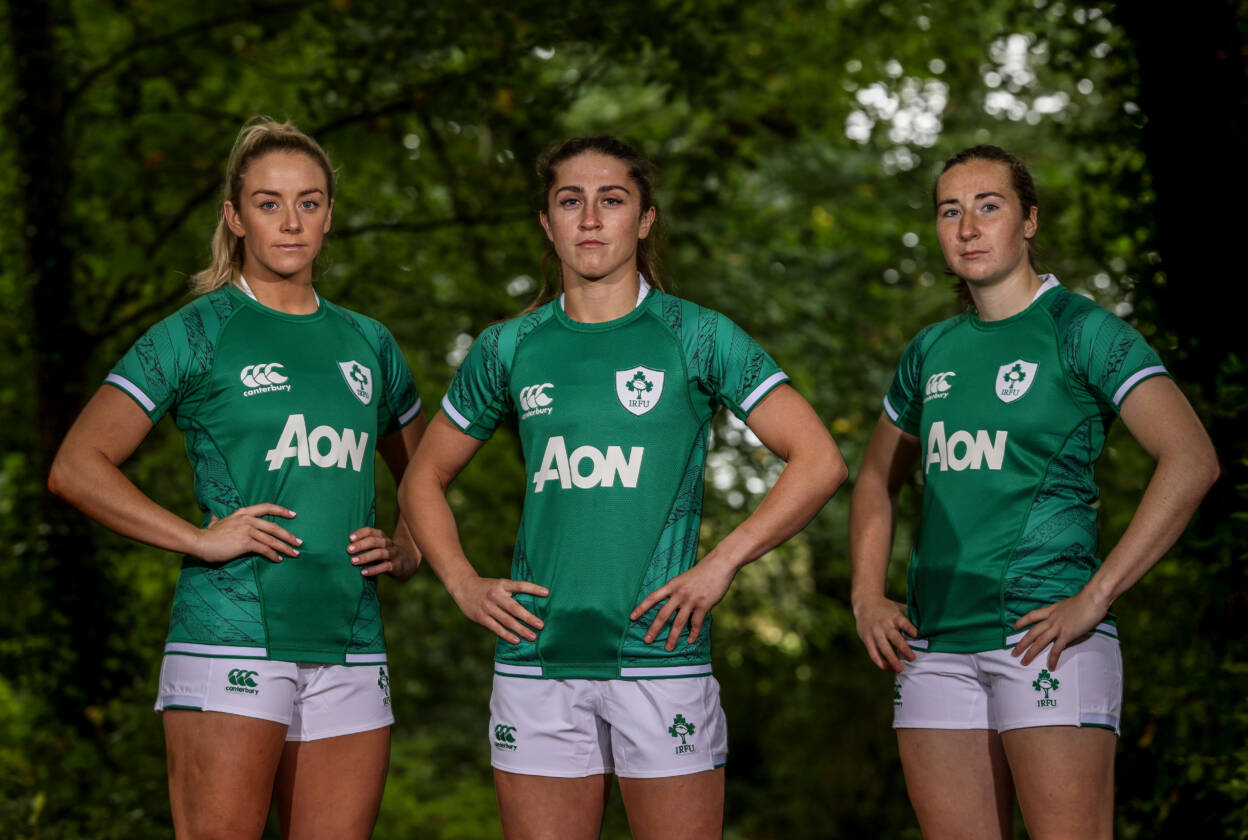 Still relatively new to international XVs rugby, Murphy Crowe acknowledges there are areas of her game that require some fine tuning. In that regard, she is thankful that Friday’s game – should she see action off the bench – and the 21st November visit of Japan to the RDS affords her an opportunity to put things right.

“We’re our own worst critics. Personally, I feel so disheartened by some of the performances that I had and decisions I made in games. It has hurt me badly, but luckily for me as an international player, I get to rewrite wrongs this Friday night.

“I might make a mistake, but I am out there again and wearing the Ireland jersey and that’s what makes me so proud and passionate about playing rugby.”

The forthcoming games will bring the curtain down on Adam Griggs‘ tenure as Ireland head coach, with the New Zealander stepping aside to make way for Greg McWilliams in 2022.

A former schools coach at St Michael’s College who recently enjoyed a memorable sojourn in the USA, McWilliams previously served as Ireland women’s assistant coach from 2009 to 2014. While none of the current squad have worked with him before, the paths of McWilliams and Murphy Crowe have previously crossed.

“Adam has us for these two games, which is great. I’m sure he’ll do a great job, as he always has done. Then we have Greg coming in with new eyes and a fresh look at things so it will be great for the team going forward. When I was playing underage for Munster, I was playing U19 and I remember Greg came and watched us.

“That’s my only dealings with him. He then invited a few of us into 15s camp and we got to train with the girls, who I would have looked up to as an 18 year old. The Ali Millers and the Lynne Cantwells. He invited us into camp. That’s the only interaction I’ve ever had with him, but I’m very excited for the future with him,” Murphy Crowe added.