While there was general satisfaction with the way they performed against Japan, Ireland captain Jonathan Sexton recognises there were a couple of areas that need sharpening up for the visit of New Zealand.

Despite a couple of close encounters with the Brave Blossoms in recent seasons, Andy Farrell’s men were emphatic 60-5 winners of the Autumn Nations Series opener at the Aviva Stadium.

Nonetheless, the spectre of the All Blacks is enough to keep any squad grounded, especially when the world’s number one-ranked team are in such a good vein of form themselves.

The winners of this year’s Rugby Championship, the New Zealanders have comprehensively overcome both Wales and Italy in recent weeks.

Speaking at the IRFU High Performance Centre, Sexton said: “It was important for us to start on a good note. We put a lot of pressure on ourselves last week to not be standing here today, or yesterday, and saying, ‘oh, we only had a few sessions to prepare’.

“We made sure that we prepared properly with the limited time that we had. I think now that the coaches have been in place for a couple of years that we’re starting to get used to the systems and we were able to hit the ground running.

“At the same time, we saw a few things in the game that the All Blacks might have seen and we need to brush up on a couple of things to make sure we’re ready to go on Saturday.”

To date in his career – between appearances for Ireland and the British & Irish Lions – Sexton has faced New Zealand on no fewer than 13 occasions. His record so far stands at three wins, one draw and nine defeats.

Each of these games has helped him to build up a firm understanding of what makes them such a formidable outfit.

Indeed, with former Ireland coaches Greg Feek and John Plumtree now part of Ian Foster’s coaching ticket, he expects them to have a firm grasp of what Ireland are all about as well.

I think it’s the intensity that they bring to the game, the physicality. By intensity, I mean the speed they play at and at the same time being physical.

“All the focus is on making sure that we can get our best performance out there at the weekend. We know what quality they possess. We know their coaches quite well obviously, having been coached by Greg Feek and John Plumtree before.

“We know the strengths that they’re going to bring. We’ve just got to make sure that we’re in the best place possible come Saturday.”

Although his versatility means he could easily slot in at full-back, Sexton’s opposite number on Saturday is expected to be Beauden Barrett, the two-time World Rugby Player of the Year.

Incidentally, the 30-year-old Taranaki native, who spent a year in Ballinacree, Co. Meath during his youth, recently preceded Sexton in becoming a centurion for his country.

His 100th cap for New Zealand came in in their 54-16 triumph over Wales at the Principality Stadium in Cardiff late last month. 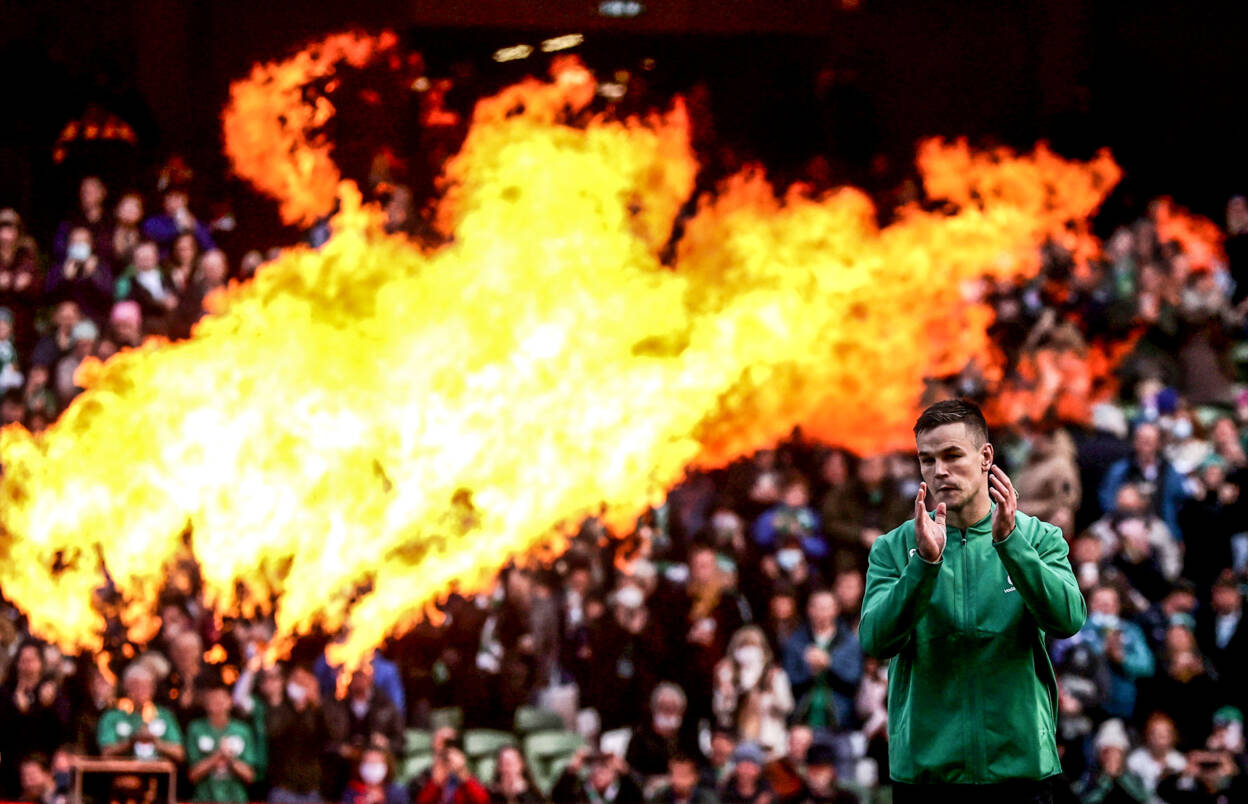 No more than the team itself, past experience has told Sexton everything he needs to know about the quality that Barrett possesses.

“He’s an outstanding player. Whether he plays at 10 or 15, he brings his strengths to the game and he’s a freak of a runner. He’s got a lot of skills,” Sexton said of the 30-year-old.

“A great kicking game, out of hands, those great kick passes that he can do. That small chipping game that he does for himself or for others.

“He’s a strong guy, he goes to the line well and he picks a good pass. He’s got it all really. A guy we’ve got to look out for, whether they go with him at 10.

“I would guess that Beauden will be in the team somewhere. He’s obviously a threat and one of their biggest strengths.”

Throughout the course of the Japan match, Ireland played a relentless attacking brand of rugby that featured a succession of offloads and some eye-catching finishes for tries.

Sexton and his team-mates would dearly love to replicate this style again on Saturday afternoon, but the Ireland skipper realises that’s easier said than done. 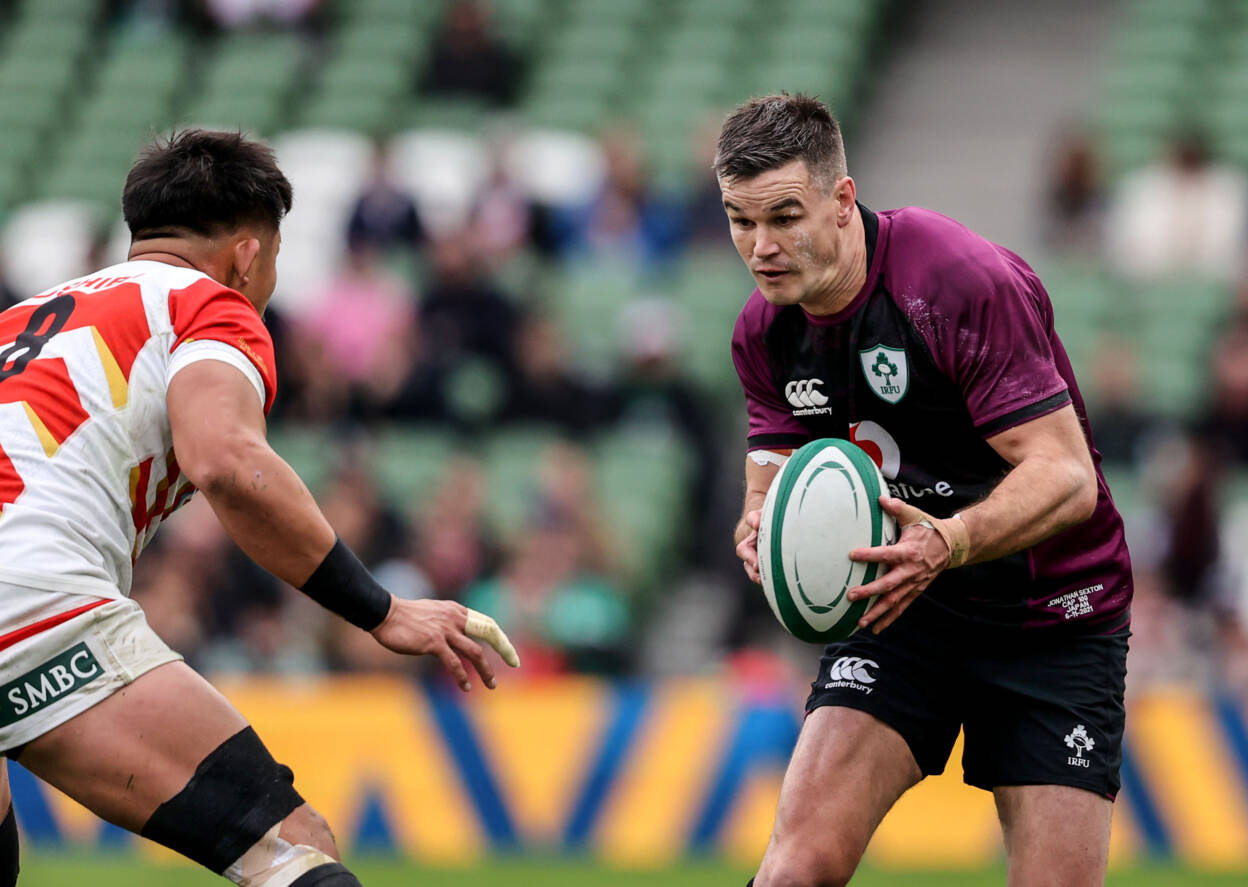 “That’s just the way the game unfolded on Saturday. We’ve always had the licence to do that. If teams show a different picture, you can’t do that all the time. We’d love to do it all the time,” he added.

“We just got presented the pictures and we read them quite well. Executed off the back of it. If a team comes and they put 14 guys on the front line, you can’t run it. You’ve got to kick more. You’ve got to target a different space.

In an ideal world yes, but if it’s raining and they play a different type of defence to what Japan showed us, well then we’ll play the right options that we see fit. The most important thing is that we win.

“That’s what we’re judged on. It’s great getting some plaudits for how we played the game on Saturday. We showed bits of that through the Six Nations, but the pleasing part about it was that it was a bit more consistent this past week.

“Again, I think Japan even said themselves that they weren’t too happy with what they put up on the day. We’re playing against much better opposition this week, I think.”