Saturday’s mouthwatering Autumn Nations Series clash with New Zealand is set to be another milestone in the burgeoning career of Ireland full-back Hugo Keenan.

Despite having 14 caps and five tries to his name already, the Leinster star is yet to face the All Blacks and, owing to the Covid-19 pandemic, this will be the first time he has come up against southern Hemisphere opposition.

He did enjoy considerable success against New Zealand at Under-20 level, featuring alongside fellow future senior internationals, James Ryan, Andrew Porter and Jacob Stockdale, as Ireland defeated the Baby Blacks at the 2016 World Rugby U-20 Championship.

However, Keenan acknowledges that facing the same country at the highest grade of the international game is an entirely different prospect.

“I suppose the challenge doesn’t really get bigger than this, than the All Blacks. It’s exciting,” he said, speaking during a media call.

“These are the games that you want to be involved in. It’s really exciting, the prospect of it. I’ve never played them before obviously. Had a bit of success at underage, Under-20 level, against them.

“Never came across them in the Sevens, but they’re a serious side and it’s a big, big challenge. We’re all looking forward to it here.” 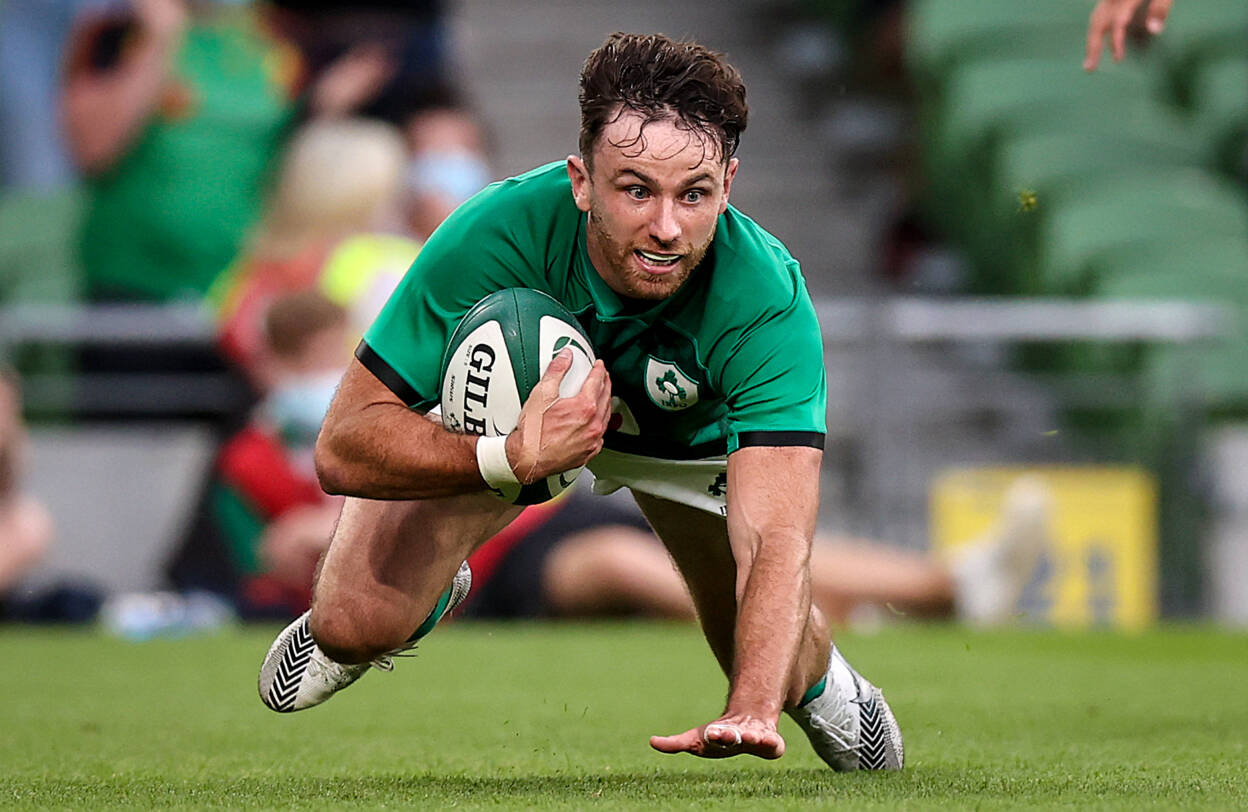 Including Ryan and Porter, there are a number of players in the current Ireland squad that have experience of defeating the All Blacks in 2016, in Chicago, and 2018 at the Aviva Stadium.

While it is not something that is completely dominating their preparation for the game, Keenan has been getting some pointers off those who have tasted victory before against New Zealand.

The experience of lads who played in those games, even just having small chats with us. Inputting how they felt those games went in team meetings.

“We’ve touched on it a small bit, but it’s a different group, a different management and everything. It doesn’t really matter what has gone on in the past.

“It’s a fresh slate and it’s a good opportunity now for us to do it and some lads who’ve never been a part of those famous wins to be involved this time. It’s exciting.”

Although he was not part of the team or wider squad for those wins, Keenan does have a vivid memory of both clashes. In fact, the Stateside triumph five years ago coincided with the first big landmark in his professional career.

“I was there with my brother (in 2018). I got to experience it. I remember the atmosphere being incredible. Hopefully it will be the same this weekend.

“In 2016, I was making my debut for Leinster against Zebre. We were watching a bit of it in the airport.”

Given his Ireland senior debut was the first Test match to take place on these shores after lockdown – a delayed Guinness Six Nations win over Italy in October 2020 – Keenan is only now getting used to playing for Ireland in front of supporters.

A limited number of spectators were afforded access to the summer meetings with Japan (3,000) and the USA (6,000), but this was significantly heightened for the return of the Brave Blossoms to the Aviva Stadium last Saturday.

In the end, a crowd of approximately 40,000 passed through the turnstiles to see Ireland secure an emphatic 60-5 victory.

When the All Blacks pitch up at Irish Rugby HQ this weekend, a full house of up to 51,700 is expected for Ireland’s second outing of the Autumn Nations Series.

Having finally gotten to enjoy the backing of a big home crowd as an Ireland player, Keenan was able to appreciate the difference it can make. 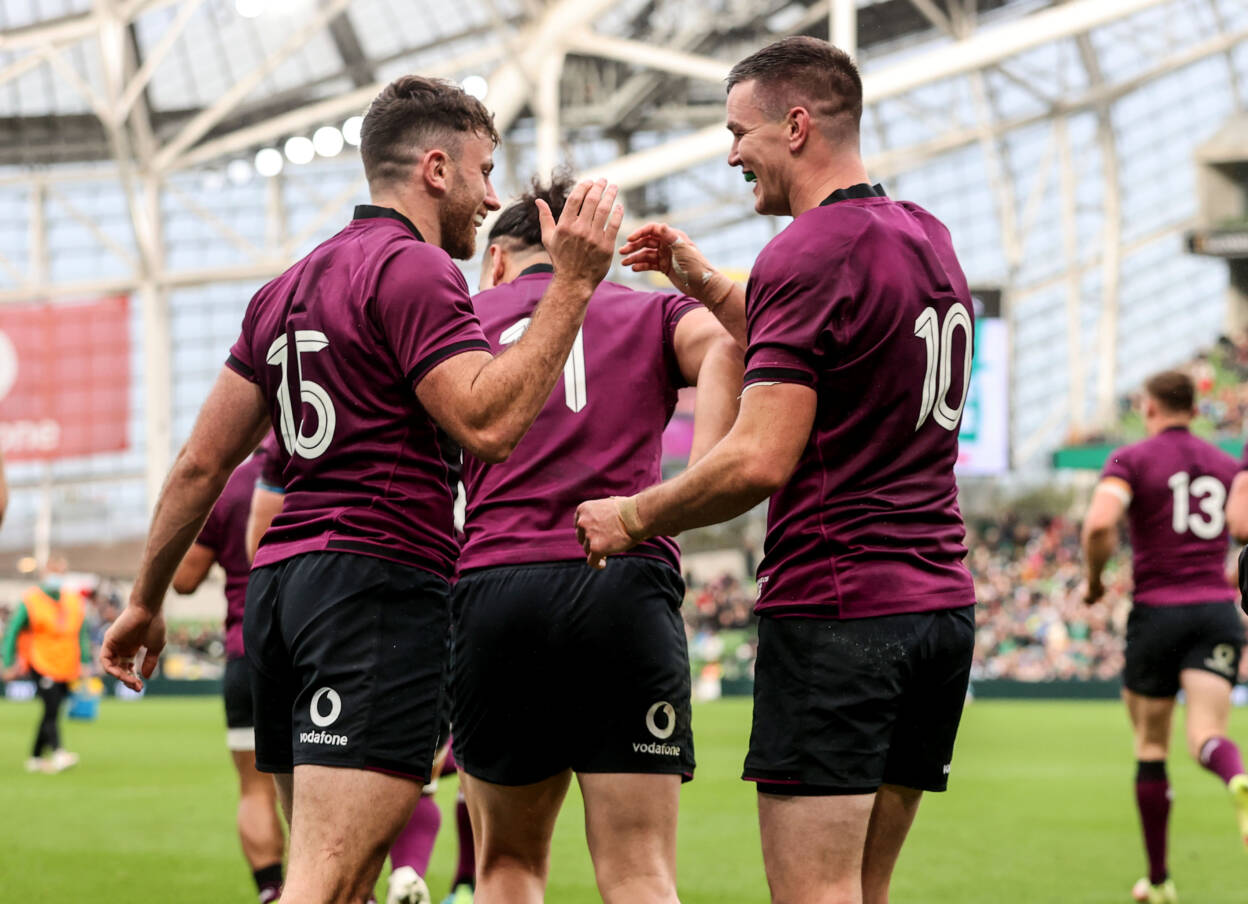 “Last week was my first experience of playing in front of that big of a crowd for Ireland and it makes such a big difference. Honestly, it’s more enjoyable, but also when you’re blowing and it’s getting tough, just to give that extra bit of encouragement to keep going. It really helps,” he added.

It was really cool playing and especially that Johnny (Sexton) moment for his try. That was a really special one. Another 10,000 this weekend, a full stadium. It’s really exciting and the sort of day you want to be involved in.

“Hopefully it will be another good one now. You have to, in one way, put the crowd to the side and ignore the distractions, those sort of elements, and just focus on the game.

“You certainly hear them, you can’t block out the noise. It’s just about staying in the moment and focusing on your job. Not letting it distract you.

“There’s no way you’re not going to hear them and not going to appreciate them roaring you on. You can hear the excitement in the crowd when something big happens. It’s very enjoyable, really.”