Ireland head coach Andy Farrell has hailed Jonathan Sexton as a ‘one-in-a-generation player’ in advance of his 100th appearance for his country at the Aviva Stadium on Saturday. 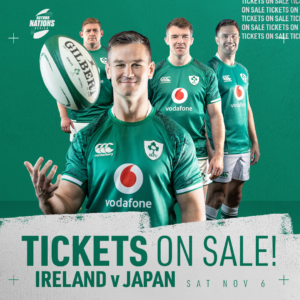 As well as lining up alongside provincial team-mate Jamison Gibson-Park at half-back, Sexton will lead out Ireland as captain for their Autumn Nations Series opener against Japan (kick-off 1pm).

Farrell has worked closely with the out-half since he first came into the national set-up as defence coach back in 2016. He is delighted to see him reach such a personal milestone under his watch.

“A lot has been said already about Johnny and we can carry on on the same subject for years to come as well and not just this week because, I said it last week, he is a one-in-a-generation player. That says it all, really,” he said.

Saturday’s game will see Sexton – and a number of others – returning to the international fold for the first time since Ireland rounded off their Guinness Six Nations campaign with a final round win over England on March 20.

For his Leinster colleague, James Lowe, it has been an even longer wait. After starting the opening four games of the Championship on the left wing, Lowe subsequently missed out on the visit of Eddie Jones’ side.

He was unavailable for the summer Tests against Japan and the USA through injury, but is restored to the back-three for this weekend’s rematch with the Brave Blossoms.

Farrell has been pleased with the application shown by the former Chiefs winger in the past few months and believes he is now in a better position to deal with the rigours of international rugby.

I have been impressed with how James has gone about dealing with the tough time that he went through.

“He has had a good look at himself with regards to his preparation and I think it was a little bit of a shock for him first time up, with the pressures and the scrutiny of international rugby.

“He has gone away, been very diligent and wanted to work on aspects of his game that we have asked him to and there are improvements there. He gets his chance because of all that, to show us that he is the right man for the job.

“He is in great nick. He has lost a bit of weight, he has the bit between his teeth. He is a guy that likes to find his way into the game constantly and that’s what we want from our wingers.

“Andrew Conway does exactly the same, he has an ability within a system to find a way to get his hands on the ball.

“James is big and strong and hard to handle and he can be a link as a ball player as well, whether as first receiver or out the back and he has a big left boot. We know all that. It’s bringing it all to the arena on Saturday.” 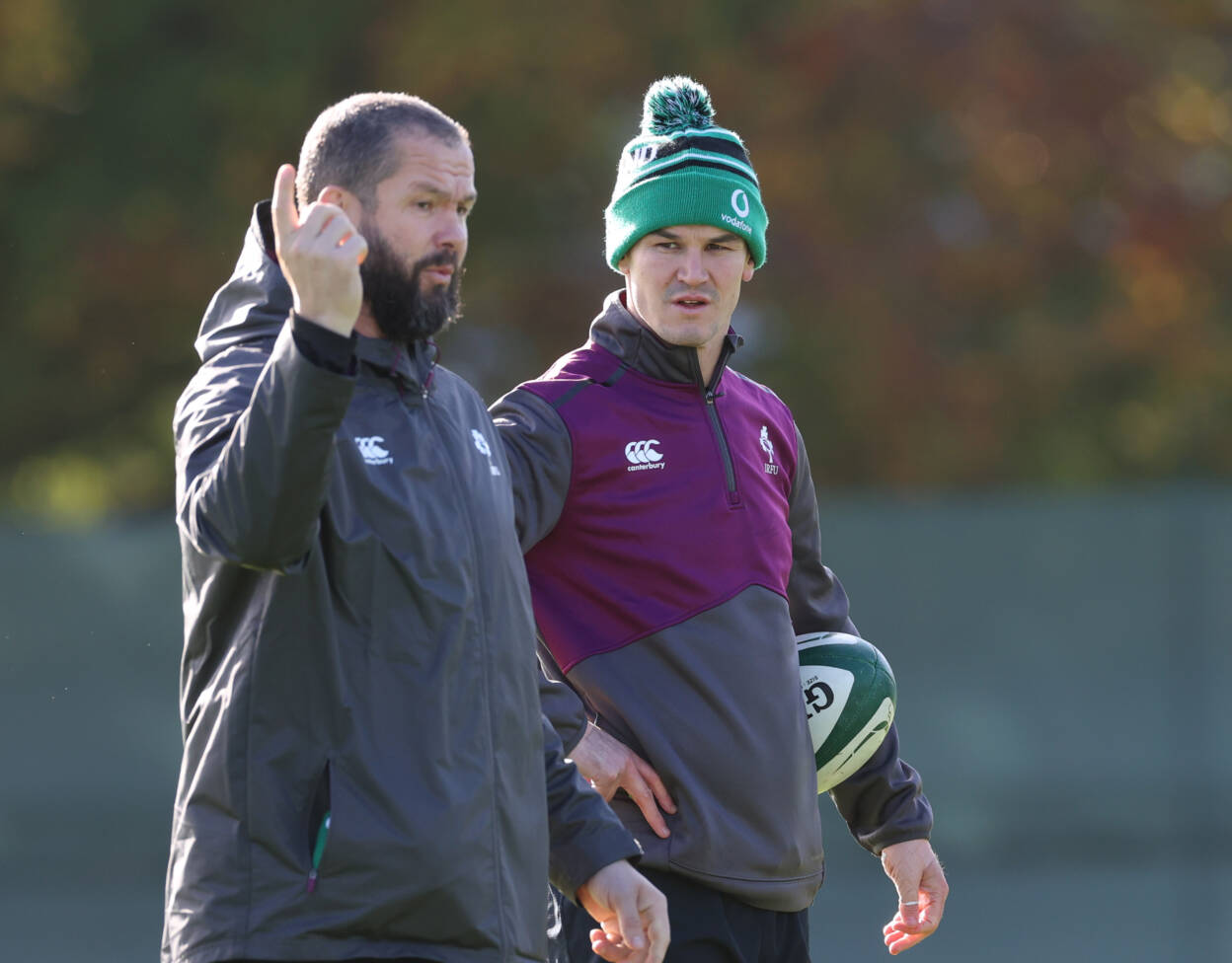 Farrell has named two uncapped players in his squad for this autumn window and one of them will most likely get a chance to make his debut against Japan.

On the back of excellent form for Leinster in the United Rugby Championship, hooker Dan Sheehan was drafted into the Ireland squad and will provide back-up for Ronan Kelleher on the replacements bench.

Farrell has handed out a number of international debuts since assuming the role of head coach in the winter of 2019. He sees similar traits in Sheehan to those who have gone before him.

“I’ve seen what you hope to see when you work with somebody for the first time. Somebody who has come into a daunting environment and rolled his sleeves up and said, ‘right, I’m going to show I belong here’, and he has definitely done that,” he noted.

“That’s what we’ve seen in the past with the likes of Hugo (Keenan), Caelan (Doris), Ronan Kelleher to a certain extent as well.

“Dan has come in and hit the ground running. Of course he has made his errors like everyone has. It’s certainly not going to be perfect on the weekend for him, but he has got the bit between his teeth and he is trying to show the rest of the squad that he belongs here.” 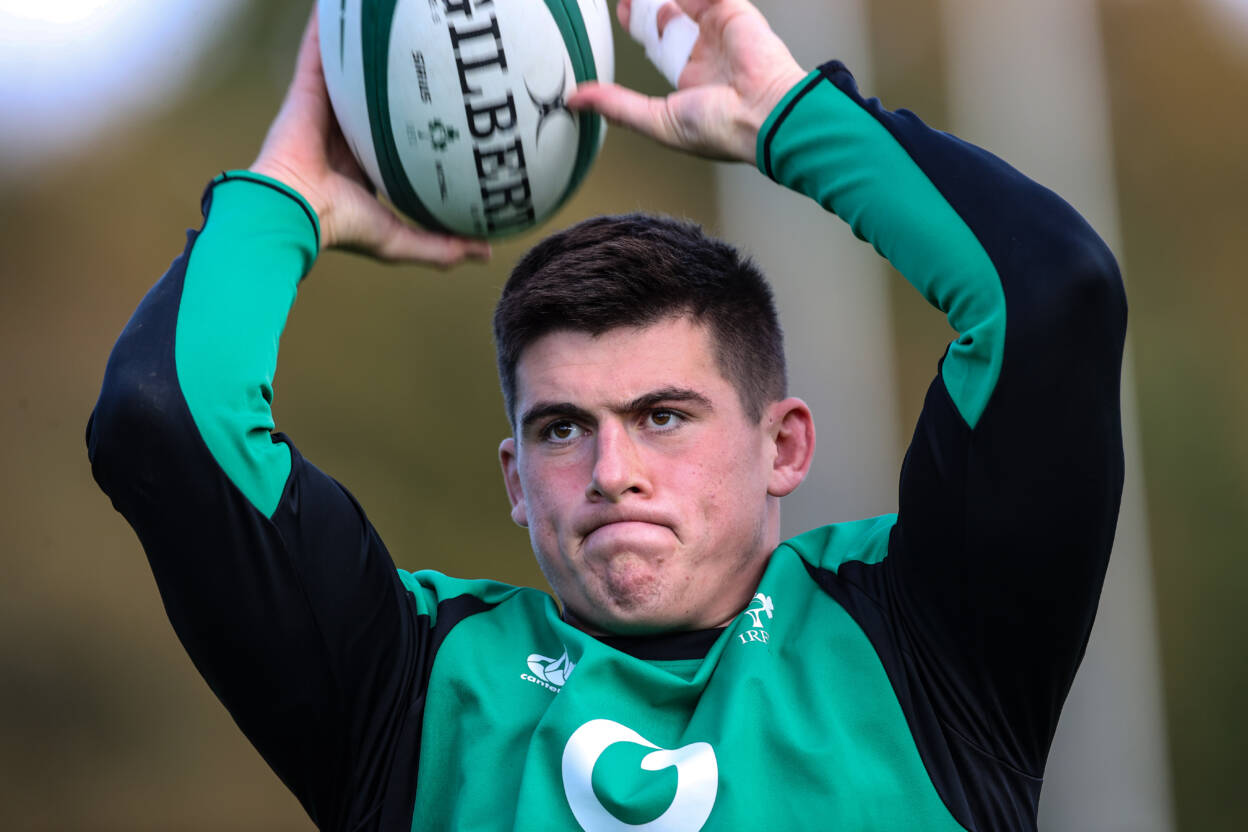 The summer Tests also saw Farrell giving first caps to a number of players, some of whom have retained their places in the squad for this autumn international window.

Speaking to the assembled media in-person for the first time since March of last year, the Wigan native confirmed why a couple of those faces are marked absent for Saturday’s match.

I get that everyone wants to see the next cab on the rank and the next exciting youngster, but Gavin (Coombes) has been ill all week so that has ruled him out. He has had a virus and not been able to train with us.

“Rob Baloucoune has got tremendous potential, but he has been injured for a good while and he is just finding his feet. He has come back into the squad after being involved in the summer.

“Some lads find their feet straight away, like Dan Sheehan, and some take a little bit more time. You bring in an extended squad for the Autumn Nations Series and that will be great for some of them lads.”