Young Munster winger Conor Hayes was in ruthless form against Lansdowne, scoring 17 points in a brilliant individual performance to help them maintain their 100% record this season.

This Energia Men’s All-Ireland League heavyweight encounter really sprung to life in the 31st minute, as Cookies out-half Evan Cusack put Hayes through a gap with a lovely inside pass.

The strongly-built former Connacht Eagles winger accelerated through from halfway, arcing away from Lansdowne full-back Liam O’Sullivan’s challenge to thunder in behind the posts.

Hayes scored his second try out wide just a few minutes later, with Cusack increasing his contribution to seven points with both conversions. Lansdowne were 17-6 behind at the break.

However, the hosts responded in impressive fashion, scoring tries through Leinster duo Cormac Foley and Peter Dooley during the opening 11 minutes of the second half. Charlie Tector converted both to add to his two earlier penalties.

Nonetheless, the talented Hayes made sure he got the decisive score of a thrilling game in the 63rd minute, completing a memorable hat-trick at the home of Irish Rugby. 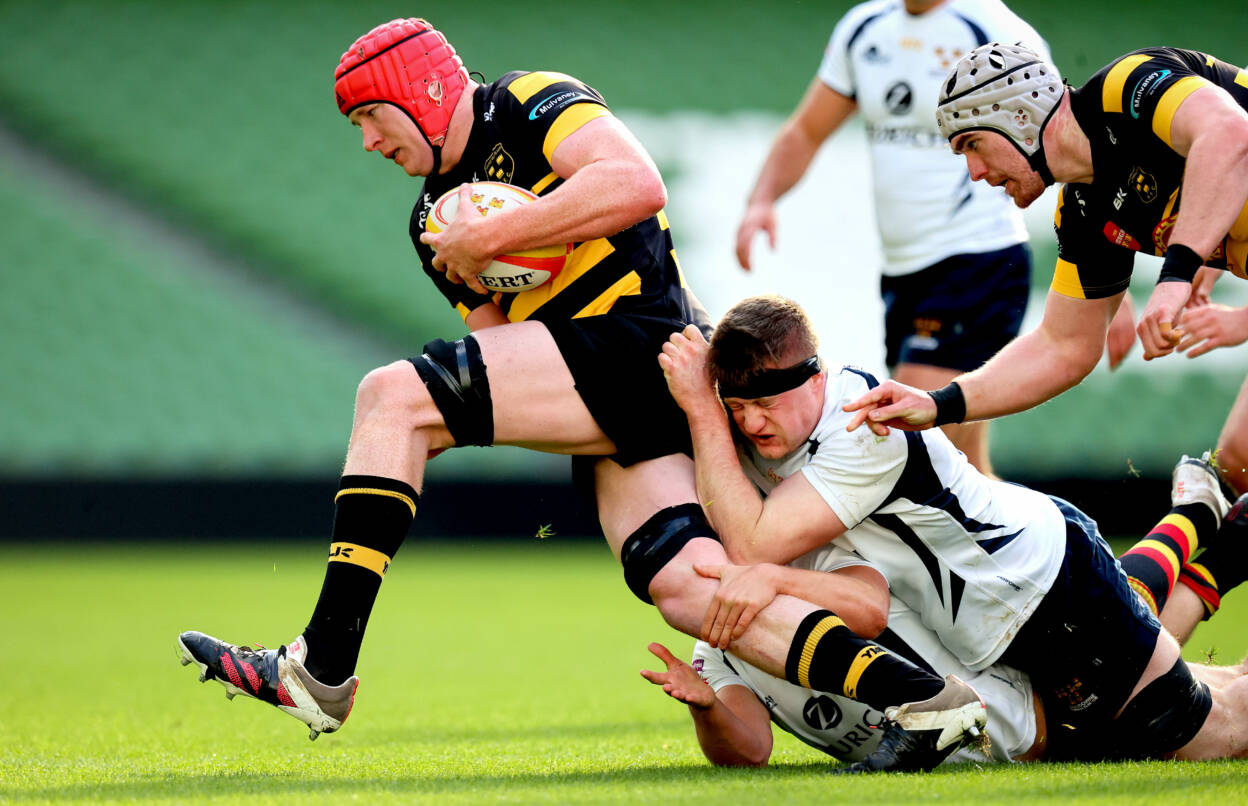 There was a real sense of excitement heading into this Division 1A duel given that both teams were three from three. The fact that it was being played on the Aviva’s main pitch really added to the occasion.

The first quarter was relatively uneventful and both teams were well set up in defence. Lansdowne did have the lion’s share of possession, with young out-half Tector threatening with a couple of chip kicks over the top.

The hosts were met with big hits from Young Munster forwards Tom Goggin, who also stole a couple of lineouts, and Dan Walsh, but Tector opened the scoring with a well-struck penalty. 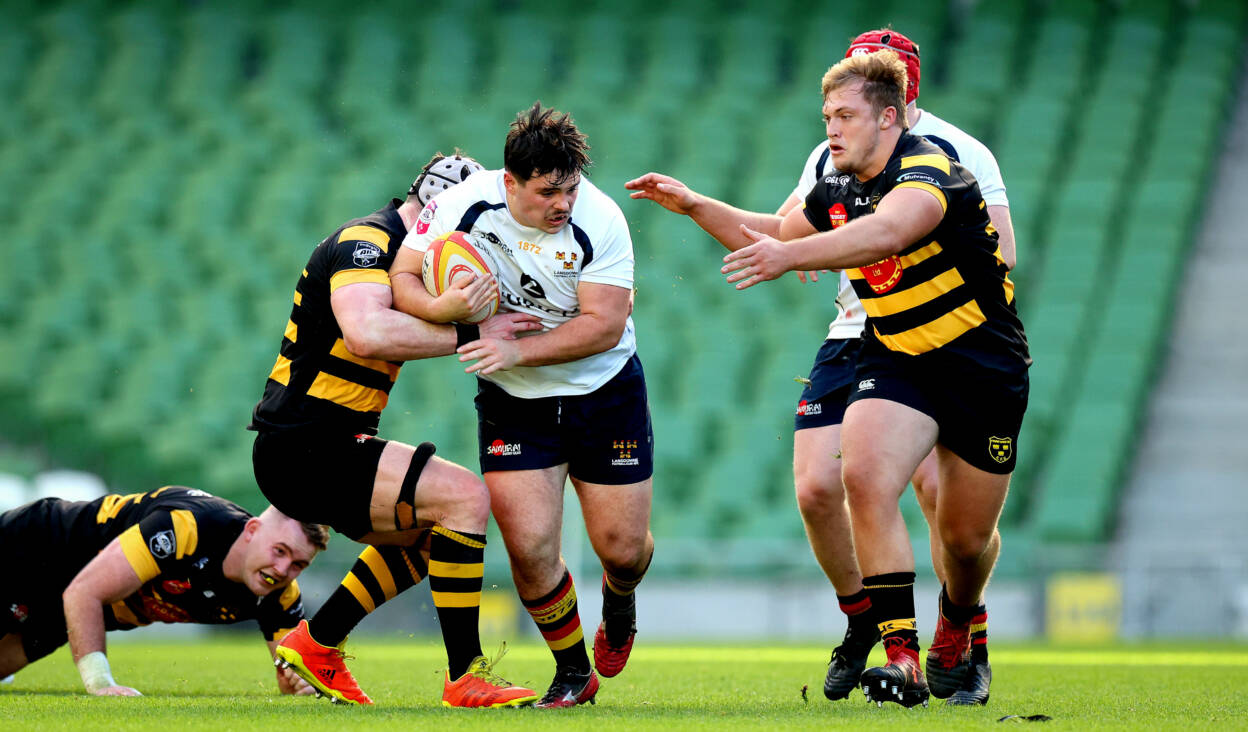 The second quarter was a real purple patch for the Cookies. Cusack opened their account with a 26th minute penalty, having missed an earlier effort, before Hayes kicked off the try scoring in style.

Gearoid Prendergast’s men followed up with an excellent team try, the best bit seeing centre Harry Fleming worm his way through and get an inviting offload away for Munster’s Keynan Knox to almost barge his way over.

They retained possession close to the posts, despite a near steal from Lansdowne’s James Kenny, and worked it wide to the right where Hayes had a simple finish in the corner.

Cusack’s classy conversion put 14 points between the sides, but Lansdowne had a timely spurt just before the interval. Patrick Campbell infringed on the ground after a Joey Szpara surge, earning a yellow card and Tector split the posts. 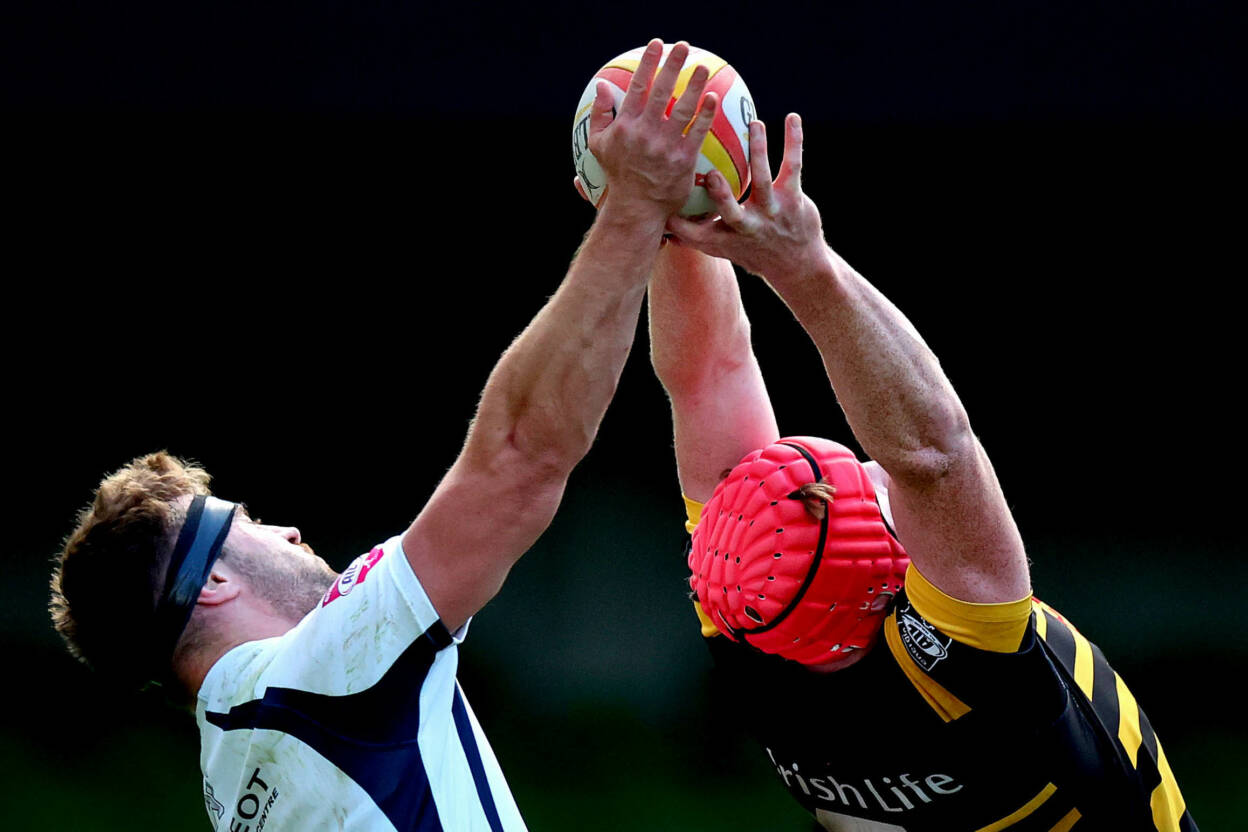 Into the second half, Mark McHugh’s charges came out like a different beast, aided by the presence of both Foley and Dooley. Replacement scrum half Foley really upped the tempo of their play.

Their first try arrived when centre Paul Kiernan made a great break, just inside halfway, and linked with the supporting Foley to his right for a fine score which Tector converted.

Lansdowne kept up the momentum, making some punchy carries through their forwards, particularly former captain Jack Dwan and Michael O’Brien who had an impressive debut in the back row.

Birr man Dooley grasped his opportunity to muscle over from a close-in ruck, and all of a sudden Lansdowne were back in front at 20-17, approaching the hour mark.

The Cookies, though, showed the necessary composure to work themselves back into the lead. Some lovely footwork from full-back Campbell saw him link with Hayes who cut in off the right wing to add his third try, which he converted himself. 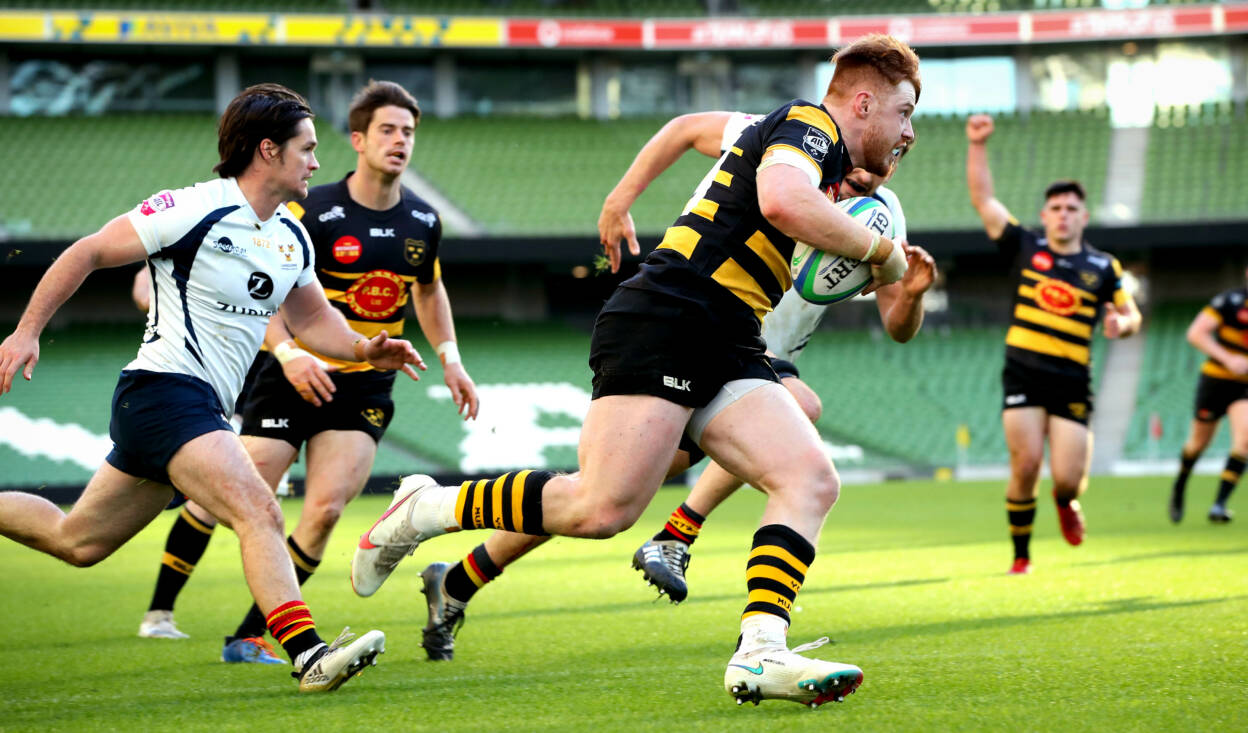 Munsters, who had a subsequent penalty miss from Hayes, kept their cool in the face of a late Lansdowne onslaught, a break involving Corey Reid and replacement Adam Boland was the hosts’ best chance.

A couple of key penalties moved Prendergast’s well-balanced side out of harm’s way, and they remain unbeaten at the business end of the table, close behind Garryowen and Clontarf.

After playing their part in an outstanding advertisement for AIL rugby, Lansdowne dropped to fourth but are only four points off the summit. Another top-four clash awaits them next Friday, away to ‘Tarf.