Railway Union signalled their intent for their rest of the Energia Women’s All-Ireland League campaign with a clinical six-try 37-10 victory over UL Bohemians at Park Avenue.

Strong-carrying prop Katie O’Dwyer crossed in the 13th minute, putting Railway on course for a 22-3 half-time lead with the excellent Deirdre Roberts and captain Niamh Byrne also touching down.

The Dubliners were superb in putting their chances away, as out-half Nikki Caughey kicked the other seven points and her opposite number, Nicole Cronin, replied for Bohs with a 39th minute penalty.

Replacement Sarah Quin’s try sparked hopes of a UL revival, but Railway reeled off three more scores, Roberts with the bonus point effort and wingers Aoife Doyle and Stephanie Carroll also got in on the act.

This top of the table clash set off at a frenetic pace, both teams picking up early turnovers with UL seeing more of the ball but the home side had the better of the territory. 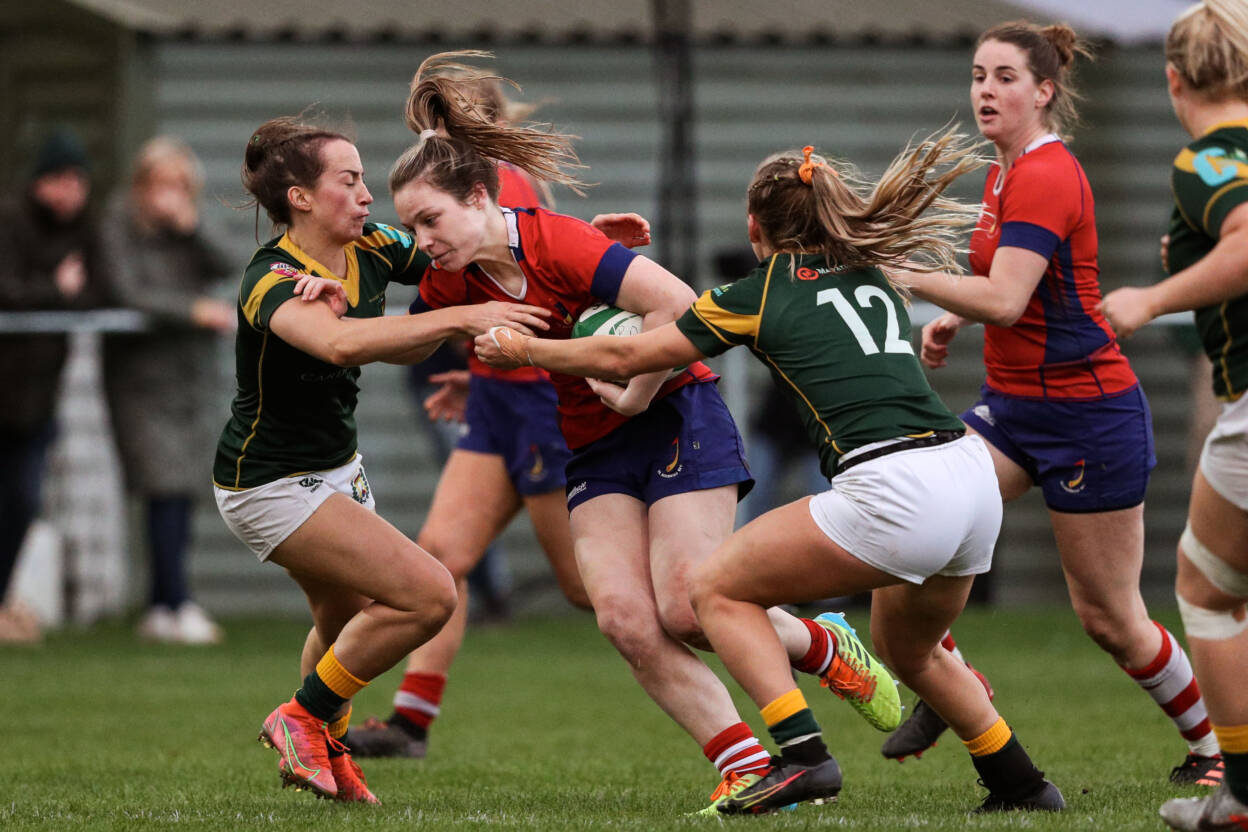 Railway’s tight five did the damage for the opening score, firstly winning a scrum against the head right on the visitors’ 22.

Munster lock Siobhan McCarthy gave the hosts serious momentum with a big carry, and a few phases later, tighthead O’Dwyer rumbled over. Caughey clipped over the conversion from the right.

A well-struck penalty from Caughey made it 10-0, and with Bohs having nothing to show for two lineout opportunities in the opposition 22, Railway were able to extend their lead.

Ailsa Hughes tidied up a loose ball and brilliantly broke downfield from near the Railway 10-metre line. Stephanie Nunan produced a try-saving tackle, but the hosts grasped their chance from a subsequent scrum.

Taking up position at the base, Roberts surged over from the set piece, beating two defenders with her angled run. Caughey converted to open up a 17-point lead.

With Nicole Cronin missing touch from a penalty soon after, Railway raided back up to halfway where Caughey’s cross-field bounced up and Carroll gobbled it up to tear back into the Red Robins’ 22.

Railway again made good use of the possession, the forwards chipping away firstly before Caughey darted to the right, passing out of a tackle for Byrne to finish strongly and pick up five more points. 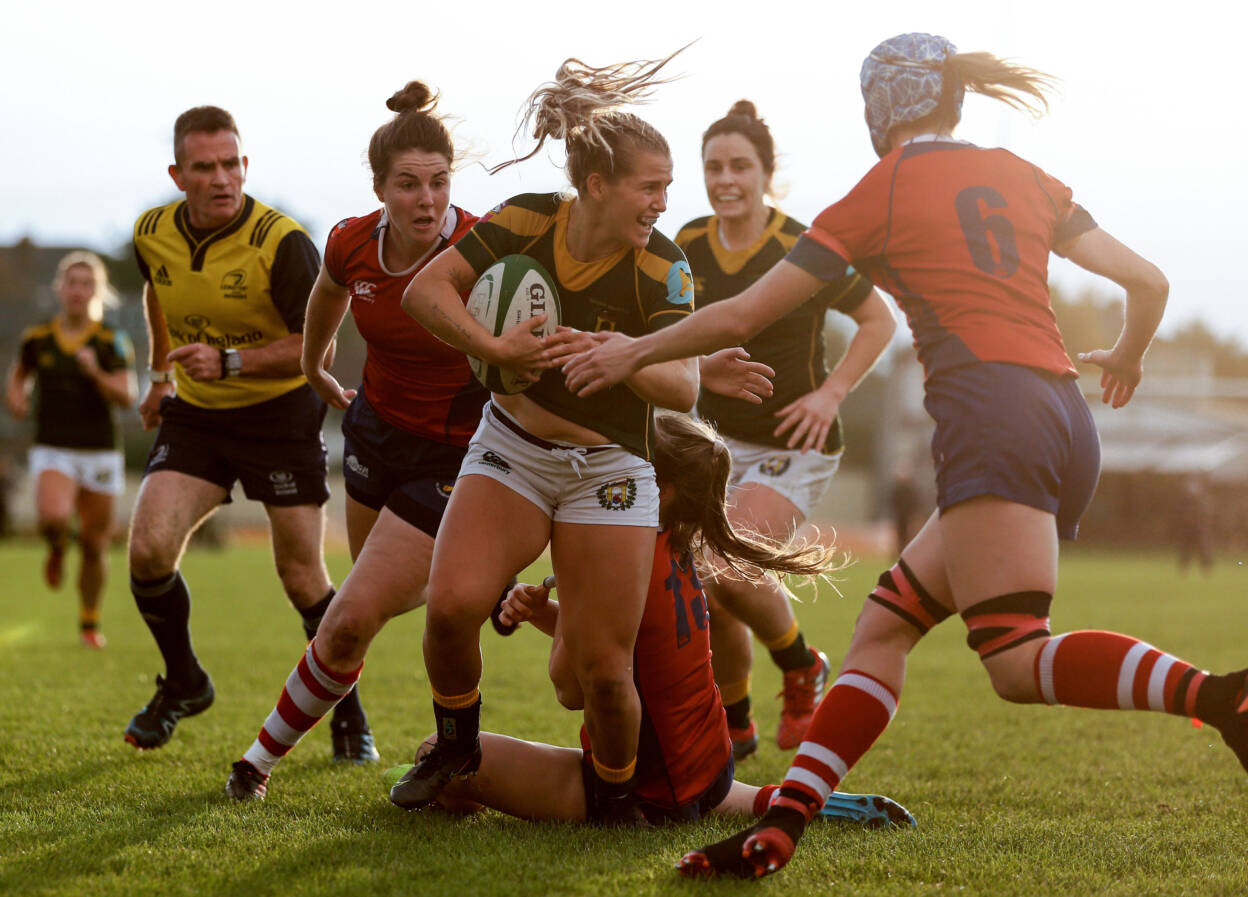 However, UL swiftly got their maul going and after Caughey saw yellow for a high tackle, they began to threaten the Railway line with Clodagh O’Halloran and Ireland captain Ciara Griffin getting their hands on the ball.

A powerful carry from Bohs skipper Chloe Pearse set up Cronin to knock over a late penalty, getting Bohs on the board. Griffin, Pearse and Quin all increased their influence on the restart.

UL enjoyed more of the territory when the second half got underway, Quin having the desired impact off the bench with an interception and then a determined low drive to score the visitors’ only try.

Cronin converted to cut the gap to 22-10, yet Bohs’ joy quickly turned to frustration. Roberts picked up a turnover from the restart, Railway set up camp close to the UL line and Roberts was fed from a ruck for another quality finish.

There were some defence-dominated passages of play until Railway completed a very impressive collective performance with two more unconverted tries during the final quarter. 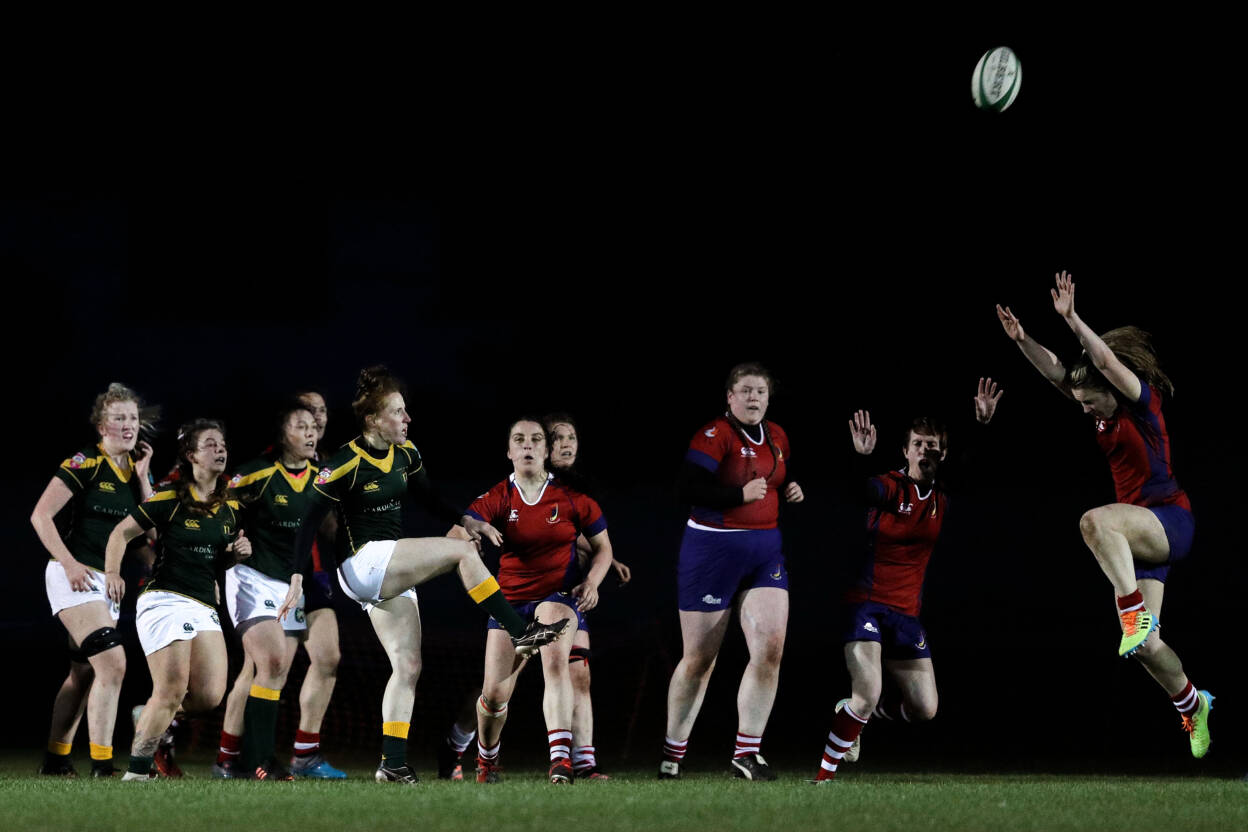 Ireland’s Lindsay Peat was part of a Railway shove to win a scrum against the head, while fellow international Aoife McDermott was the best lineout operator on show and also displayed her handling skills in the loose.

Back from injury, replacement Claire Keohane hung up an inviting cross-field kick for Doyle to dot down in the right corner. It all came from an initial well-won turnover penalty from Byrne.

The Railway captain repeated the trick with four minutes remaining, and Bohs coughed up possession in the final play. Carroll sprung through from the resulting ruck, bouncing off Cronin’s attempted challenge to score.