Enniscorthy, Skerries and Bangor remain unbeaten at the business end of Energia Men’s All-Ireland League Division 2C. City of Derry gave themselves a timely boost with their first win.

Enniscorthy put together a strong start and finish to defeat Omagh Academicals 45-17 at Alcast Park. Centre Nick Doyle impressed again with a brace, taking his season’s haul to six tries.

He got a fortunate bounce to run in a chip-and-chase effort, taking ‘Scorthy 22 points clear after earlier scores from Kevin O’Connor and Ivan Jacob, two members of their dangerous back-three.

Late replacement Mervyn Edgar had the Omagh lineout ticking along nicely, but a frustrating penalty robbed their maul of a near-certain try at a crucial juncture. 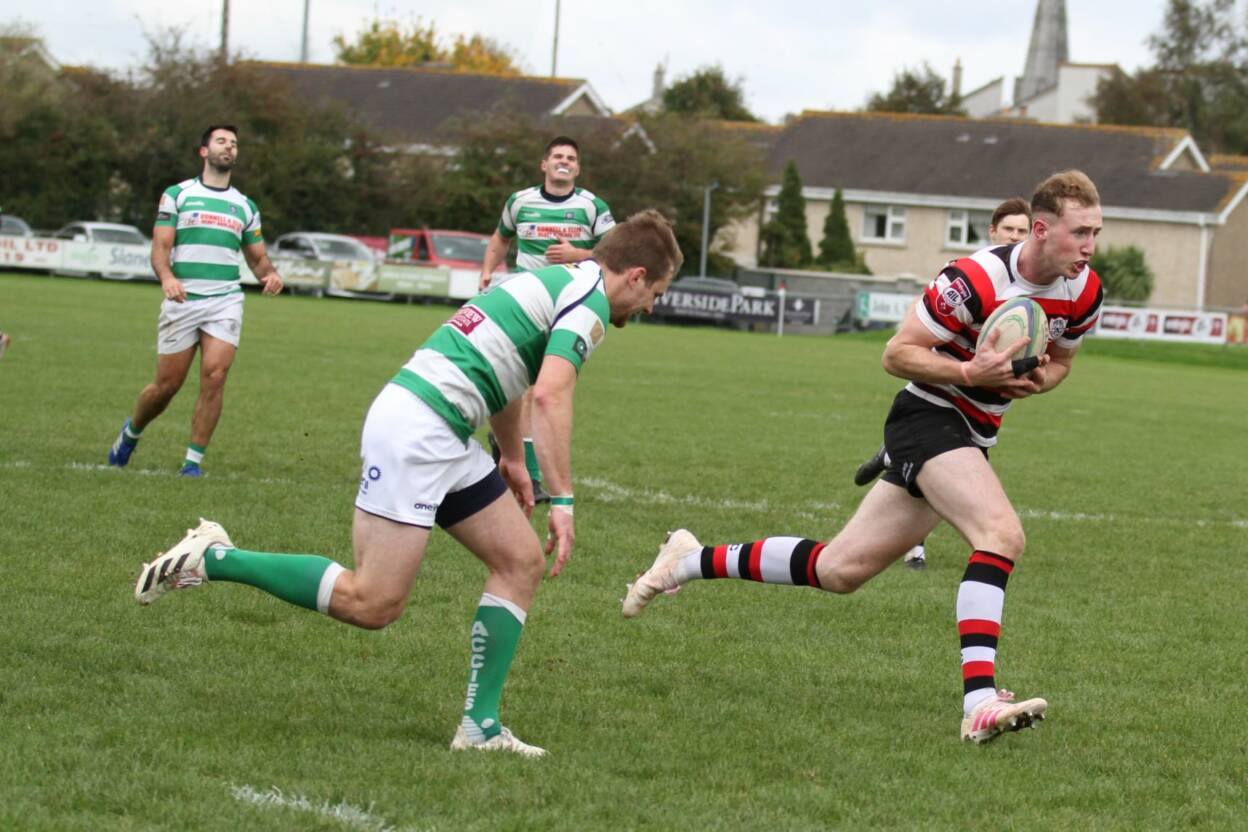 They kept plugging away and the set-piece platform paid dividends approaching half-time. Edgar and in-form winger Ryan Mitchell both touched down on the back of lineout drives, with Taine Lagan breaking down the blindside to send Mitchell over.

However, Enniscorthy sandwiched in their bonus point score – grounded by hooker Davy Murphy – and a late Ivan Poole penalty to lead 30-10 at the turnaround.

Turnovers were really denting Omagh’s hopes, but a terrific 70-metre intercept try from Neil Brown gave them a shot at taking something out of the game.

‘Scorthy showed exactly why they are league leaders, though, as they pulled away again in clinical fashion. Poole’s third penalty was followed by closing tries from ever-threatening backs Doyle and O’Connor. 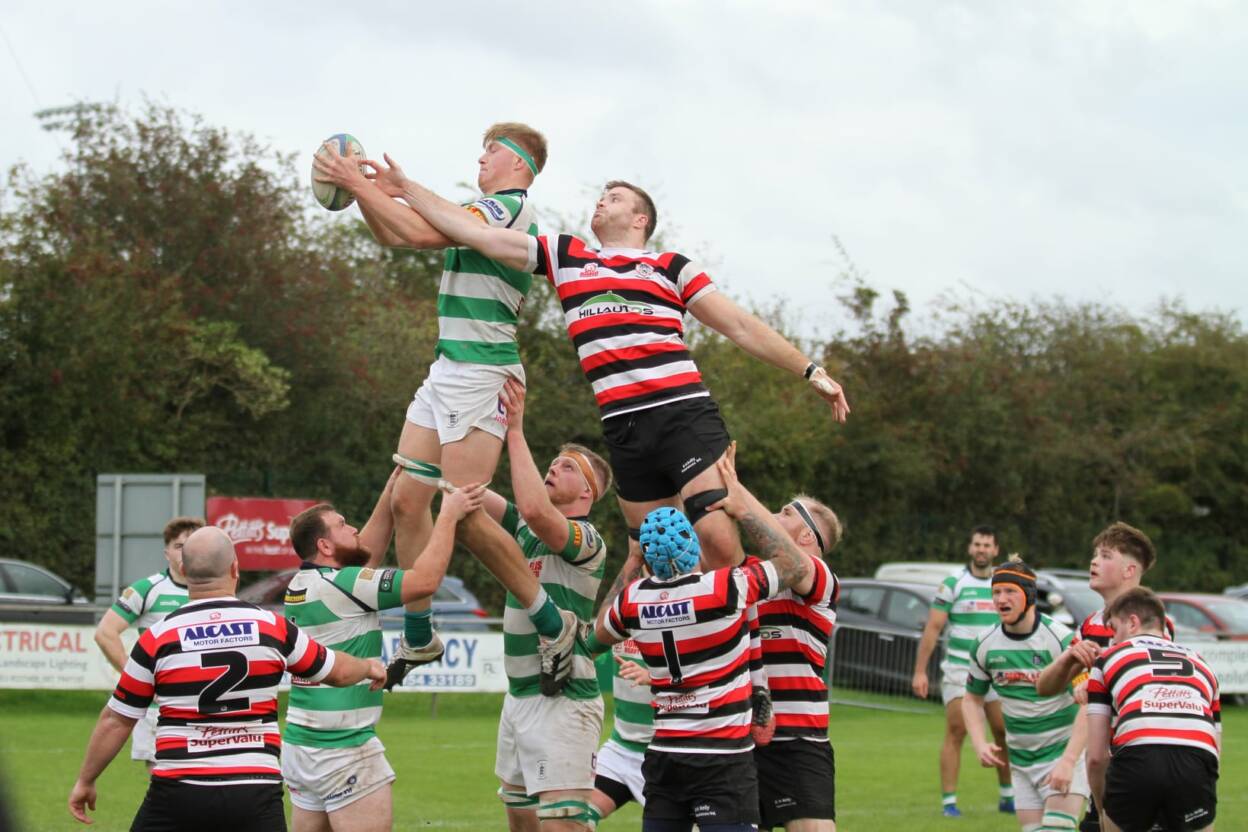 Clonmel claimed their second draw in three games, as Dean Slattery converted lock Tony Cantwell’s try to earn a share of the spoils with Munster rivals Bruff at Kilballyowen Park.

Played in breezy conditions, this third round clash finished 14 points apiece. Twice Bruff went ahead, tighthead Kieran O’Dwyer taking advantage of a couple of close-range opportunities to score in either half.

Bruff impressed with their ball retention in the build-up to both tries, which were converted crisply by full-back Adam O’Dwyer. Both defences put up a tough resistance.

Clonmel levelled during the latter stages of both halves, with all four of the fixture’s tries scored by forwards. Prop Niall Campion crossed in the 35th minute, and Cantwell stormed over with nine minutes remaining. 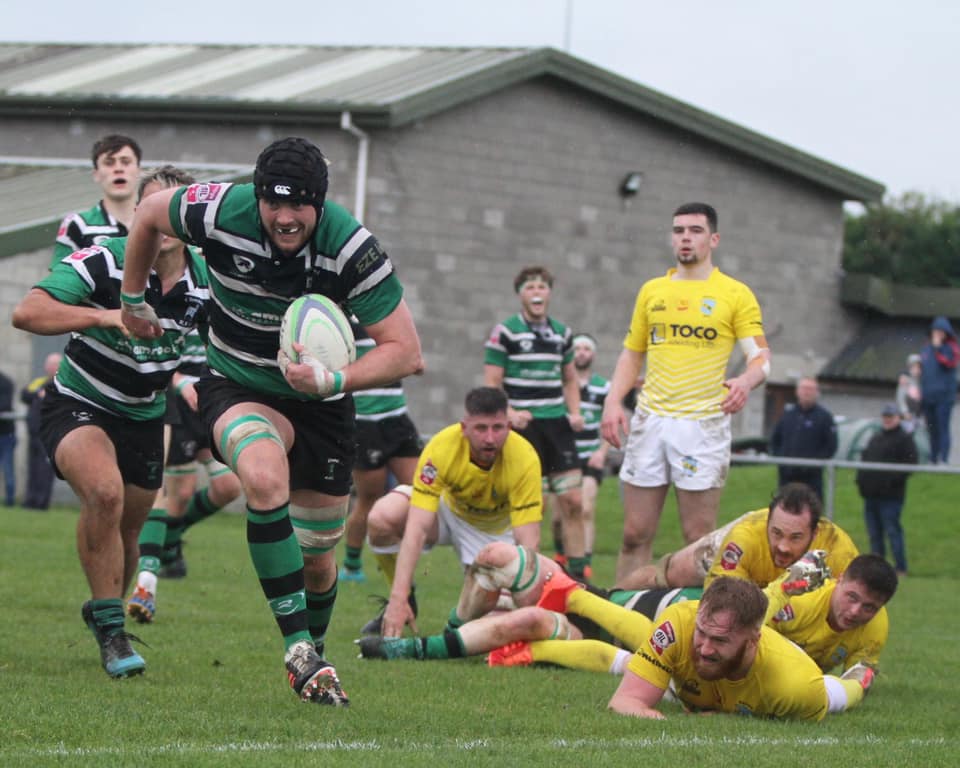 Bangor made it three victories on the trot with a 24-14 dismissal of Midleton at Upritchard Park. Despite struggling on restarts, their finishing skills and a powerful scrum saw them win out.

Midleton revived their fortunes with final quarter tries from number 8 Charlie Murphy and lock Denis Broderick, but fell short of a losing bonus point despite a resilient display.

It was an evenly-contested first half, both place-kickers missing penalties in windy conditions before Bangor converted their pressure into points when Midleton previously could not.

The Seasiders denied the visitors’ big pack with a key turnover, before striking for a late seven-pointer before half-time. They moved the ball to the left where number 8 Mike Weir dodged past the defence to score.

Bangor managed to hold up Midleton from a tap penalty, and just two minutes after the break, Rhys Larmour knifed through to make it 14-0. Out-half Gareth Millar earned the plaudits for his initial chip kick to Mark Widdowson.

Millar cleared the crossbar with a penalty from distance, taking his contribution to seven points, and a bout of scrum pressure close to the Midleton line earned Bangor a penalty try and a 15-against-14 scenario for 10 minutes.

Tom Rock’s men failed to take advantage of the yellow card, though, and the bonus point remained out of reach amid some sloppy passages of play.

Instead it was the hardy Midleton side that closed out the scoring with two quick-fire tries, the second from some excellent interplay that began back in their own 22. 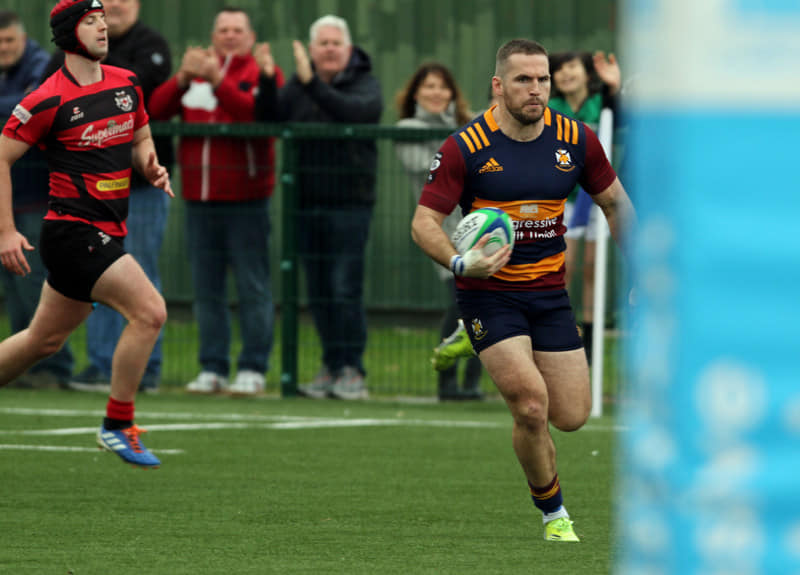 Skerries edged ahead of Bangor into second place thanks to a convincing 36-5 success against Tullamore. The Goats showed their quality again on their all-weather pitch at Holmpatrick.

Arguably the try of the match came from Tullamore, as a slick backs move off a lineout split open the defence, late in the first half, and winger Lance Batten was able to dive over and score.

Nonetheless, Skerries were 17-5 to the good by half-time, Mark Oliver’s first-minute charge-down try being added to by a Paul O’Loghlen penalty and captain Kevin McGrath’s third try of the campaign.

Outside centre McGrath almost squeezed in a superb solo score just before the break, but the north Dubliners went on to dominate the second half as they picked up their second try-scoring bonus point in three rounds.

Their lineout maul did the damage for Cormac Murphy’s converted effort, it was a similar build-up to Cormac Marrey’s bonus point score, and the backs conjured up a deserved second try for McGrath. 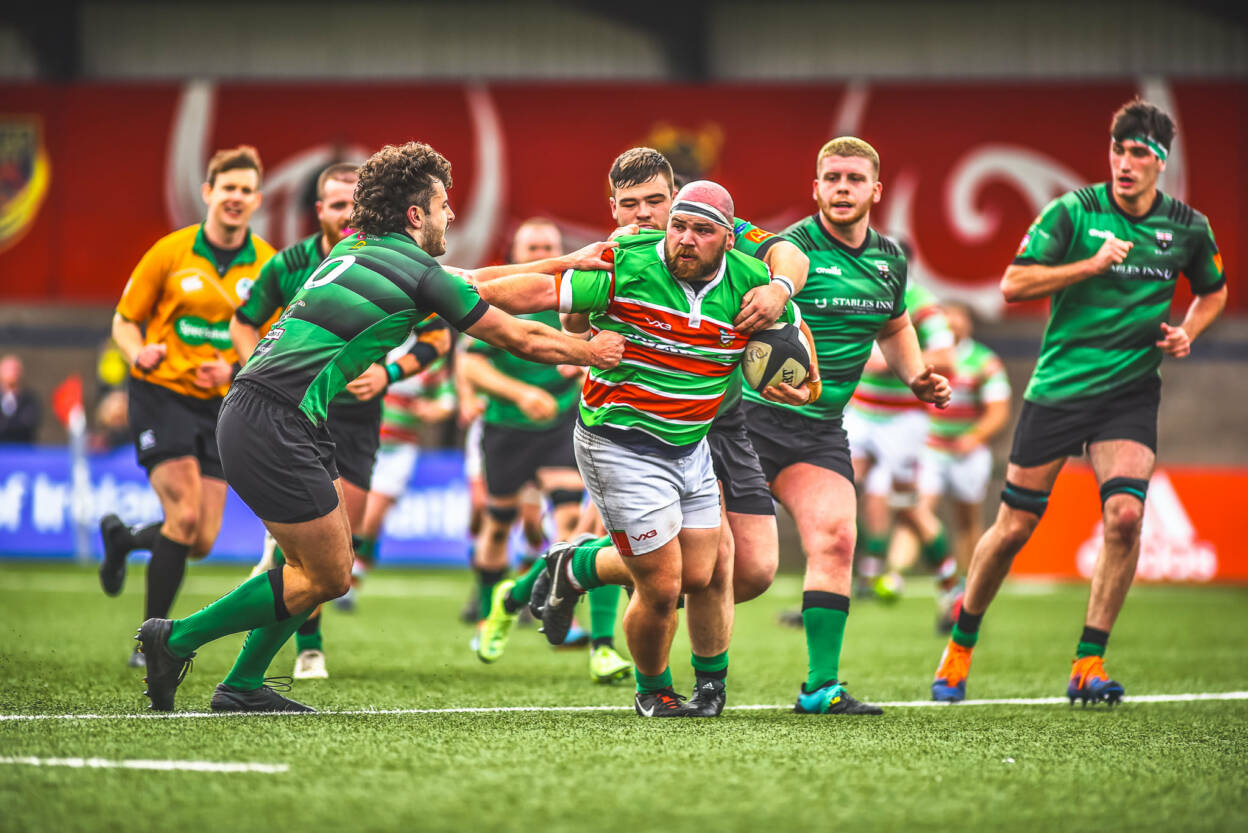 Meanwhile, City of Derry had the biggest jump in places as they went from 10th to fifth courtesy of their first win. Out-half Alex McDonnell starred with 15 points in a 20-14 triumph away to Sunday’s Well.

Derry centre Paddy Blennerhassett tore through the home defence to score in the 10th minute, with a McDonnell penalty giving them a 10-7 half-time lead at Musgrave Park.

McDonnell touched down from his own well-weighted chip kick, only for the ‘Well to roar back into contention. James Mulcahy’s maul try, adding to Alex Lane’s first half score, left them just three points behind.

Derry dug deep in defence, a double tackle seeing centre Ross McLaughlin win vital turnover ball. The momentum was now back with Richard McCarter’s charges and a well-struck penalty from McDonnell got them over the finish line.