Garryowen still sit top of the Division 1A table after a late surge sealed their third straight bonus point victory. They ran out 26-13 winners over a Jack Ringrose-led UCD at Dooradoyle.

Two tries each from Bryan Fitzgerald and Sean Rennison did the damage for the Light Blues, although a spirited UCD edged 10-7 ahead for half-time thanks to winger David Heavey’s converted score.

A James Tarrant penalty saw the students retake the lead after Fitzgerald’s second well-taken try, but Garryowen’s set-piece-hungry pack – in which Munster flanker Jack Daly put in a big shift – finished much the stronger.

Replacement Rennison had the desired impact off the bench, putting his name to two tries from a scrum and a pick-and-drive, and young out-half Tony Butler supplied both conversions.

Wearing their white and black away jerseys, Garryowen used their lineout drive to put UCD under early pressure. The students defended well and Tarrant, with a big wind behind him, hoofed a big clearance kick to halfway. 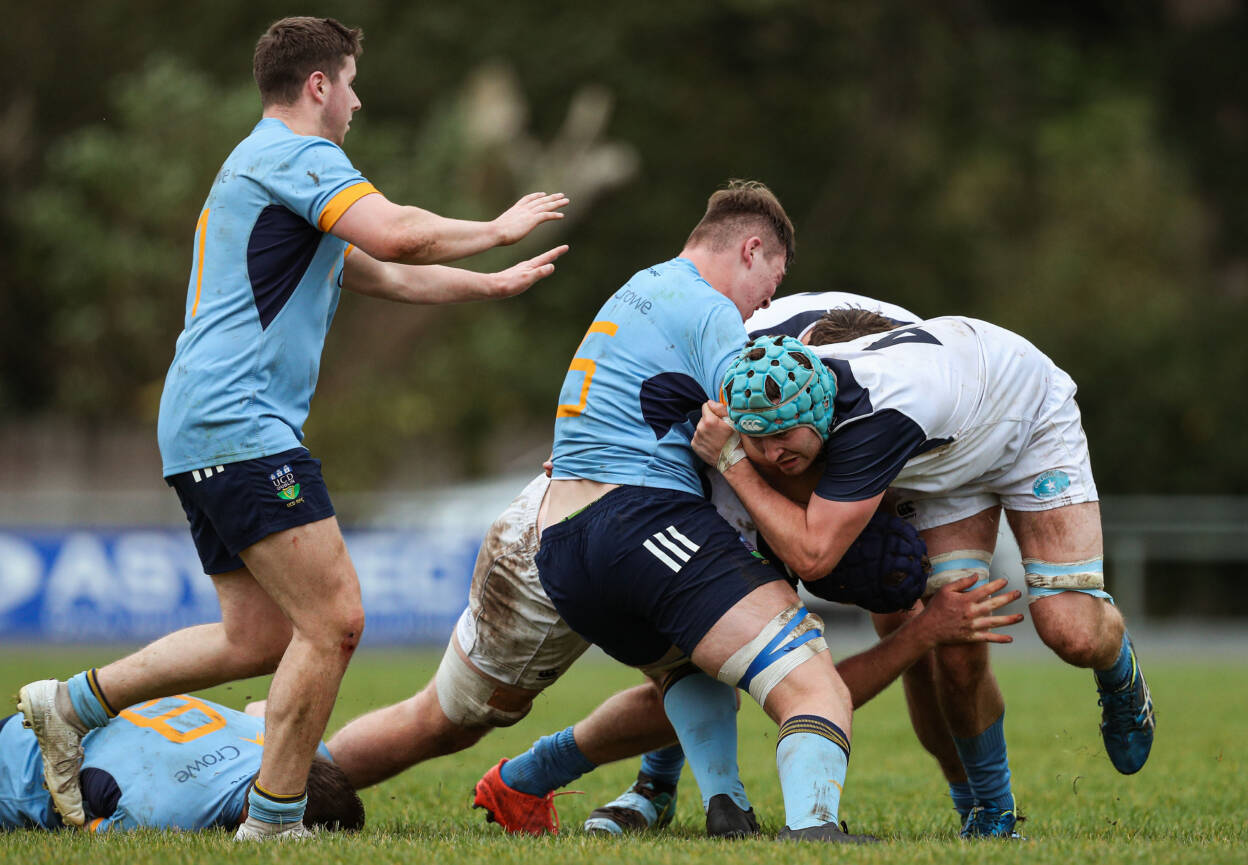 Leinster Academy back rower Sean O’Brien led the visitors’ determined defence, which forced a knock-on before Garryowen’s impressive centre Fitzgerald won his second penalty of the day at the breakdown.

It was Fitzgerald who broke the deadlock, tidying up a scrappy Garryowen attack in the ninth minute as he managed to dodge past Jamie Murphy’s initial tackle and somehow ground the ball despite the presence of Ronan Foley and others.

It was an excellent finish from the Ireland Club international, and Butler neatly converted from the right, but from UCD’s first visit to the home 22, they mustered the levelling score.

The College pack threatened from a maul before a bouncing pass was tided up by full-back Luke Maloney. He did really well to avoid the first tackle, step inside a second defender and fling the ball wide for Heavey to collect and score.

The levelling conversion was knocked over by Tarrant, and some great scramble defence from Heavey foiled a Garryowen break that had Colm Quilligan sprinting towards the try-line. His opposite number tackled him into touch. 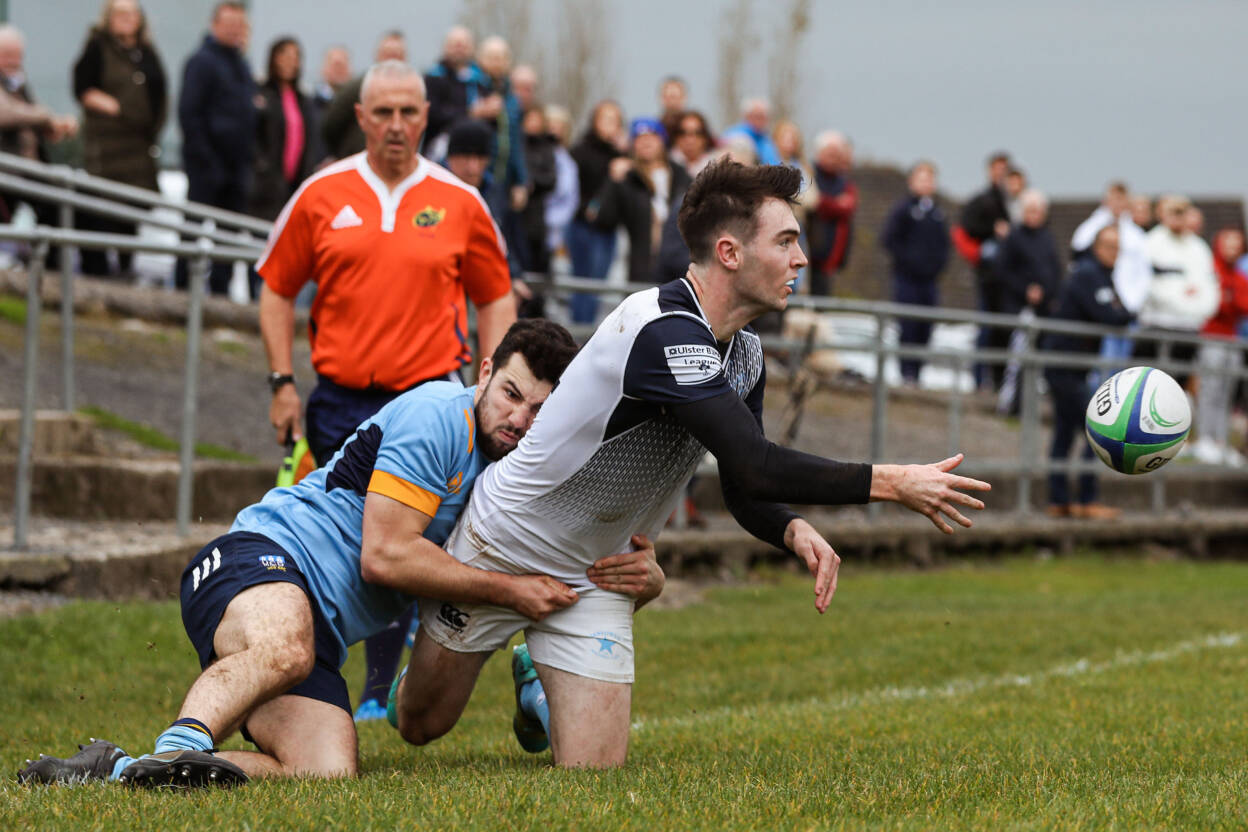 UCD had more of the territory in the second quarter, Tarrant missing a drop goal before they were squeezed out in the left corner after deciding to take a penalty quickly.

Tarrant did land a late penalty to edge Kevin Croke’s youngsters ahead, just reward for their best spell of carrying and phase-building in the Light Blues’ 22.

Into the second half, Jonathan Fish made an early impact off the UCD bench but they were unable to capitalise on a pacy breakaway from inside their own half.

Garryowen began to turn the screw with a barnstorming maul that made 25 metres, captain Kevin Seymour and Tim Ferguson soon combined to steal a lineout and the possession eventually resulted in a second try.

A nice move down the blindside played in Fitzgerald to complete his brace, only for UCD to move back in front early in the final quarter. Tarrant split the posts for a 13-12 scoreline. 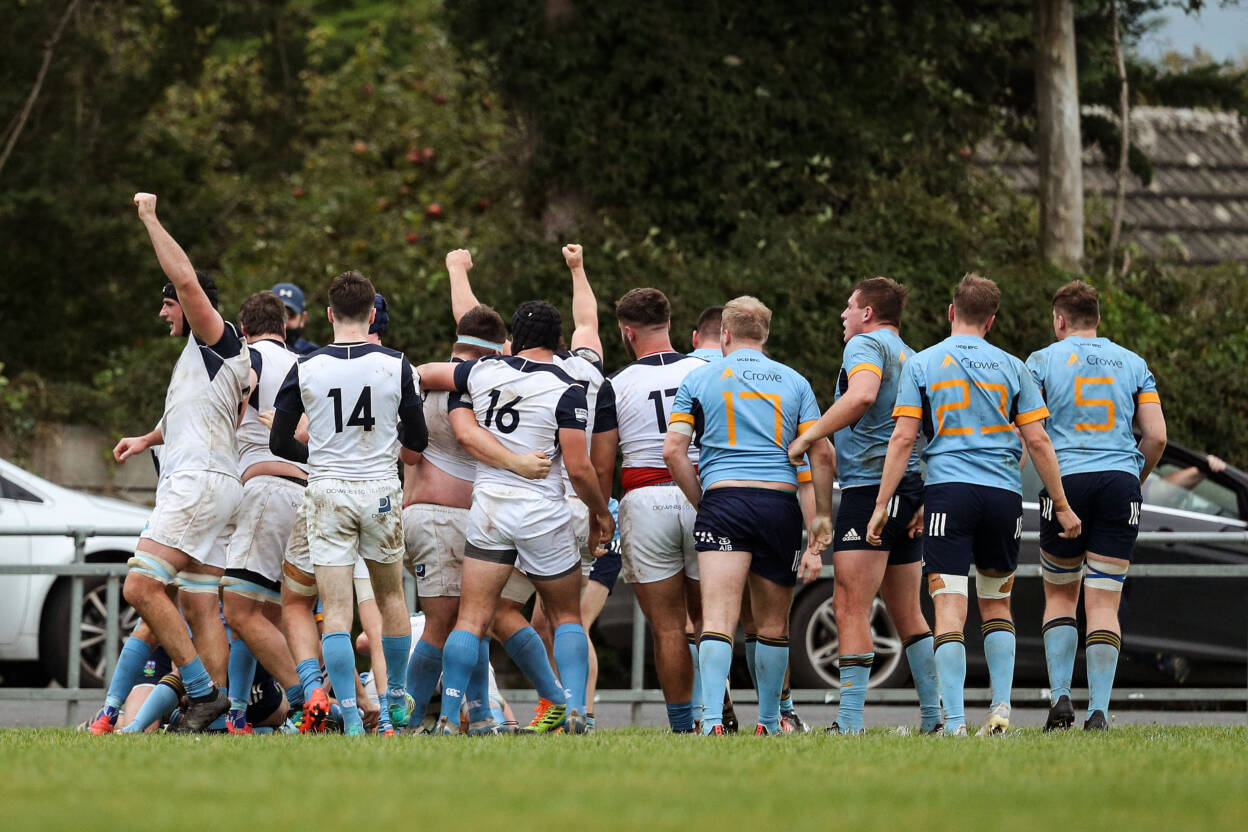 However, the power of Garryowen’s pack settled the issue. With ten minutes remaining, the home scrum advanced towards the line and Rennison crashed over for Butler to convert.

A penalty against UCD allowed Butler to kick his side back into the College 22. UCD kept them out from a maul, but a few phases later Rennison burrowed over from close range. Butler converted for a 13-point winning margin.