Michael Silvester had a memorable debut for Lansdowne, scoring a brace of tries in their 31-15 bonus point success at UCC.

The Leinster-capped winger touched down twice during the second half, showing his pace out wide with his second score coming from a perfectly-weighted kick through by replacement James Kenny.

Conan Dunne, Cormac Foley and Adam Boland also touched down for Mark McHugh’s unbeaten side, who have moved up to second in the Division 1A table.

Munster Academy forwards Alex Kendellen and Scott Buckley aided UCC’s challenge at the Mardyke, and the students hit back with closing scores from full-back George Coomber and number 8 Kendellen.

A fast-paced first quarter finished scoreless with Lansdowne beating a quick path to the UCC 22. They were foiled by a forward pass and then a hard-won UCC turnover on their own line. 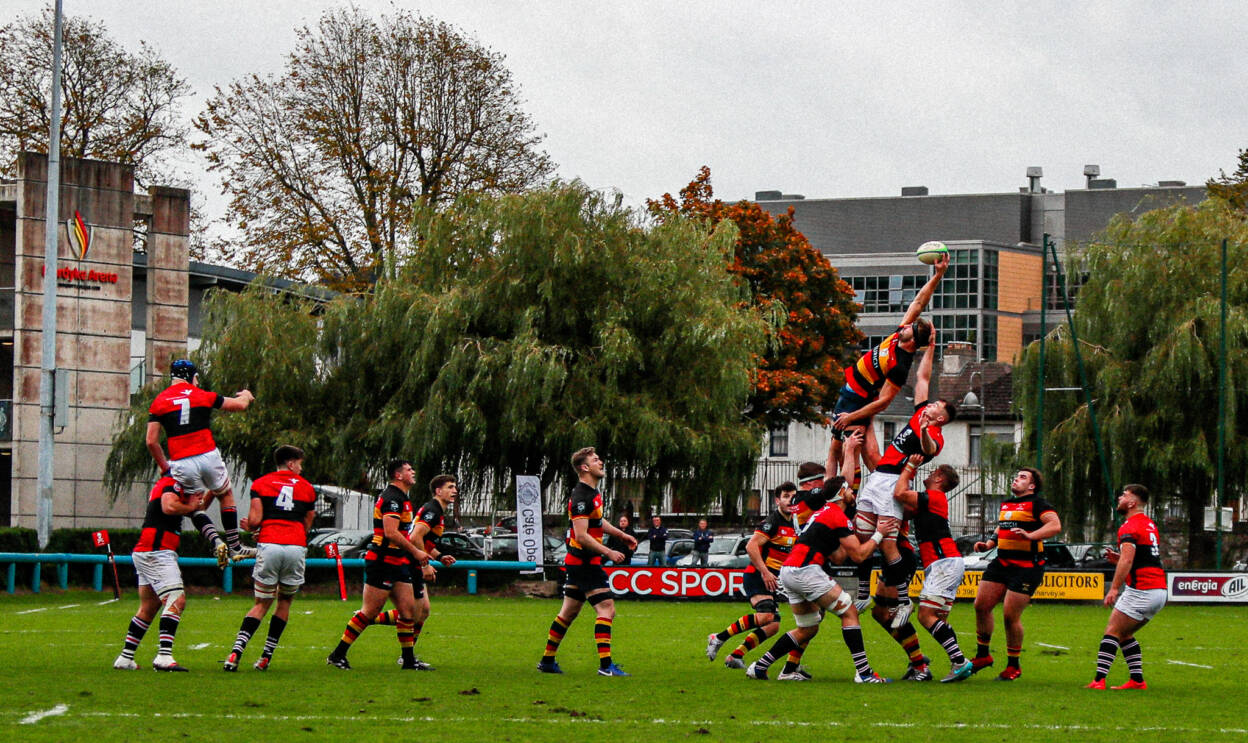 The breakthrough came on the 20-minute mark, the visiting forwards edging ever closer before tighthead Conan Dunne collected a Foley pass at the second attempt – and just ahead of the defending Darragh French – to score under the posts.

UCC had a try-scoring opportunity before that, their captain Jack Kelleher being held up over the line before, back closer to halfway, Kendellen got his hands on the ball at the breakdown. 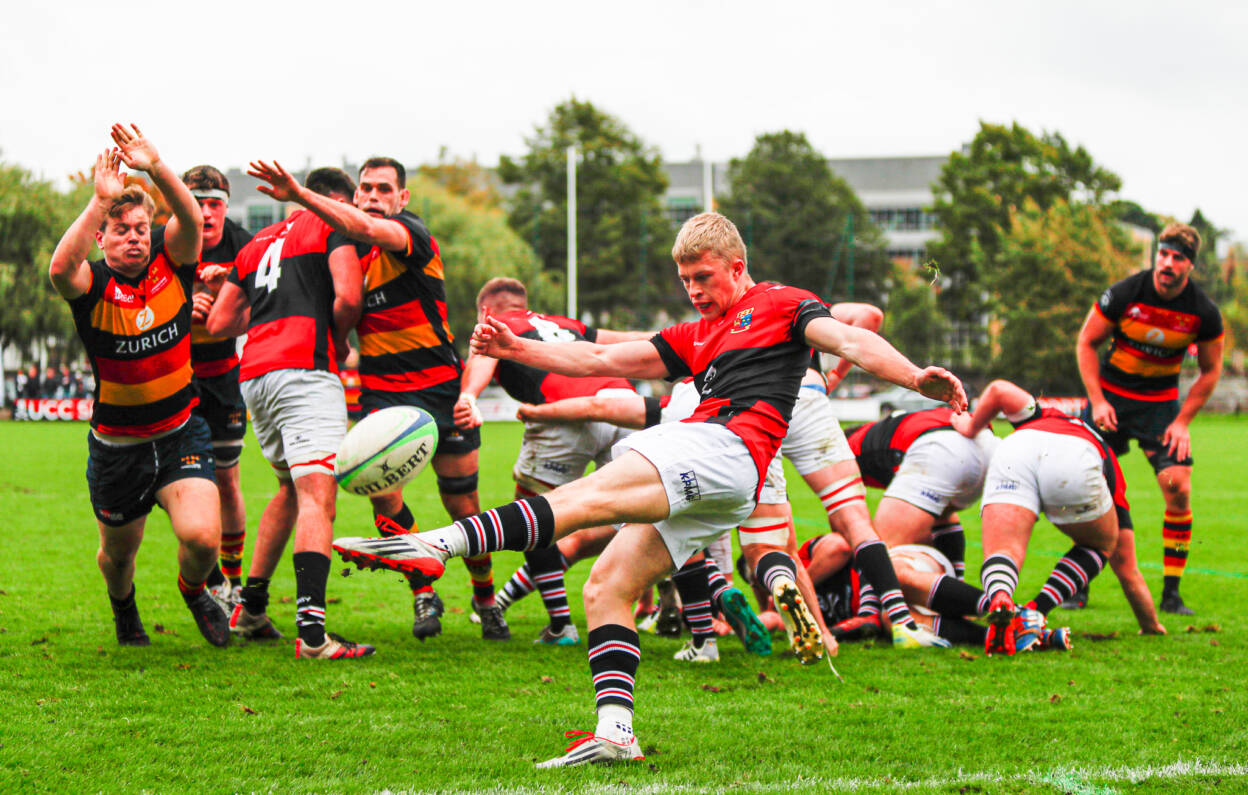 However, Lansdowne soon struck again from close range, scrum half Foley capitalising on some space around the side of a ruck to dart in behind the posts. Tector converted for a 14-3 half-time lead.

The headquarters club went wider for their third try in the 49th minute, with a fine Tector 50:22 kick giving them the prime platform of a lineout before they got the backs involved.

A nice chain of passes saw former UCC favourite Paul Kiernan carry up close. Replacement Boland picked from the ruck and expertly twisted his way over the whitewash, with Tector converting.

The bonus point try arrived with a quarter of an hour remaining, as UCC conceded shortly after their own goal-line dropout.

Three phases after the kick, busy scrum half Kenny broke down the blindside and Boland’s neat tip-on pass freed up Silvester to raid over from just outside the hosts’ 22. 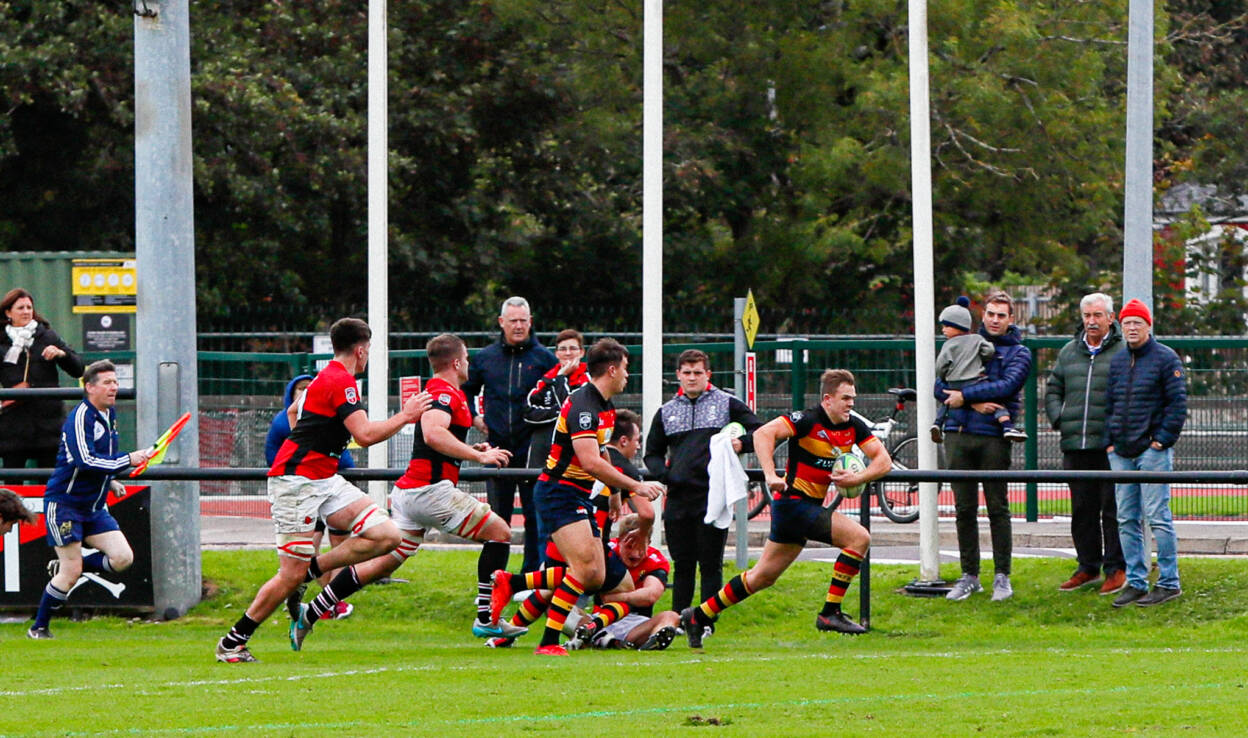 The 23-year-old added a second unconverted try just a couple of minutes later. After upping the pace again from a tap penalty, Lansdowne stretched the UCC defence with hooker Jamie Kavanagh making the initial incision from Kenny’s slick pass back inside.

Loosehead Frank Kavanagh from Gorey gobbled up even more metres, taking the visitors to just outside the UCC 22. Kenny cleverly stabbed a kick through for Silvester to ground the ball ahead of UCC winger Timothy Duggan.

Credit to the young Cork outfit, they showed a lot of character to hit back with two tries of their own, the first coming on the back of a maul near the right corner.

Coomber was sent over by half-backs Joe O’Leary and Billy Kiernan to the left of the posts, following good carries by Kendellen, Jack O’Sullivan and Kelleher.

UCC tagged on a further seven points before the final whistle, with backs and forwards showing excellent hands in the build-up. Replacement Matthew Bowen was tackled short but popped the ball up for Kendellen to crash over for his first AIL try.