A dominant display from Dublin University earned them a 31-0 victory and the Dudley Cup, following a one-sided encounter with arch rivals UCD at the Belfield Bowl.

What a difference a week makes, as Trinity leaked 35 points to a Liam Coombes-inspired Garryowen just last Saturday. The swift turnaround in fortunes makes this result all the more impressive.

The set piece proved lucrative for Tony Smeeth’s youngsters in the second half as they scored a steamrolling maul try from more than 20 metres out, finished by hooker Mark Nicholson.

A penalty try from a scrum was their other score of the half. The visitors’ pack had an evident edge over UCD both in the tackle and at the breakdown, with the speed of ball being the key to their dominance.

14 points from the boot of out-half Mick O’Kennedy in the first half kept Trinity ticking on the scoreboard, as they built a 19-0 interval lead. 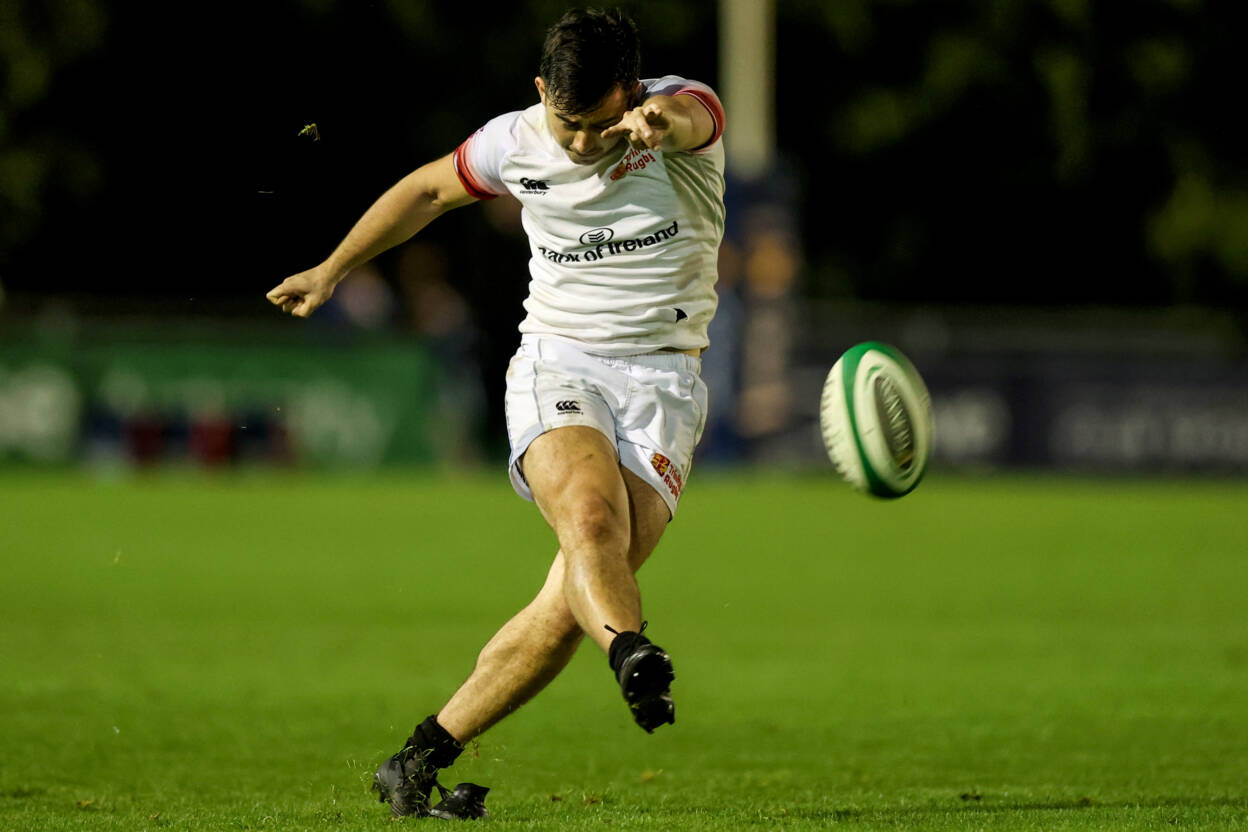 Together with lively scrum half Louis O’Reilly, O’Kennedy put width and speed on the ball while stretching the opposition defence, creating plenty of attacking opportunities.

The only try of the opening period came from some individual brilliance from loosehead prop Giuseppe Coyne after he followed up his own chip kick out wide.

His memorable 17th-minute effort was a try that any winger would have been proud of, and it showed the real evolution of the modern day front rower.

There was a brilliant atmosphere at the Bowl for this eagerly anticipated Dudley Cup clash. Run by the Irish Universities Rugby Union, the Dudley Cup (sponsored by the Maxol Group) is the blue riband senior intervarsity competition.

It is named after Lord Dudley, former Viceroy of Ireland who donated the trophy following a visit by King Edward VII to what became UCC in August 1903. The cup was first played for the following March.

UCD were the holders heading into this season, having defeated UCC 24-10 at the Mardyke back in November 2019.

Both UCD and Trinity fielded some really talented young players, including Ireland Under-20 and Sevens international Chris Cosgrave at outside centre for the home side. 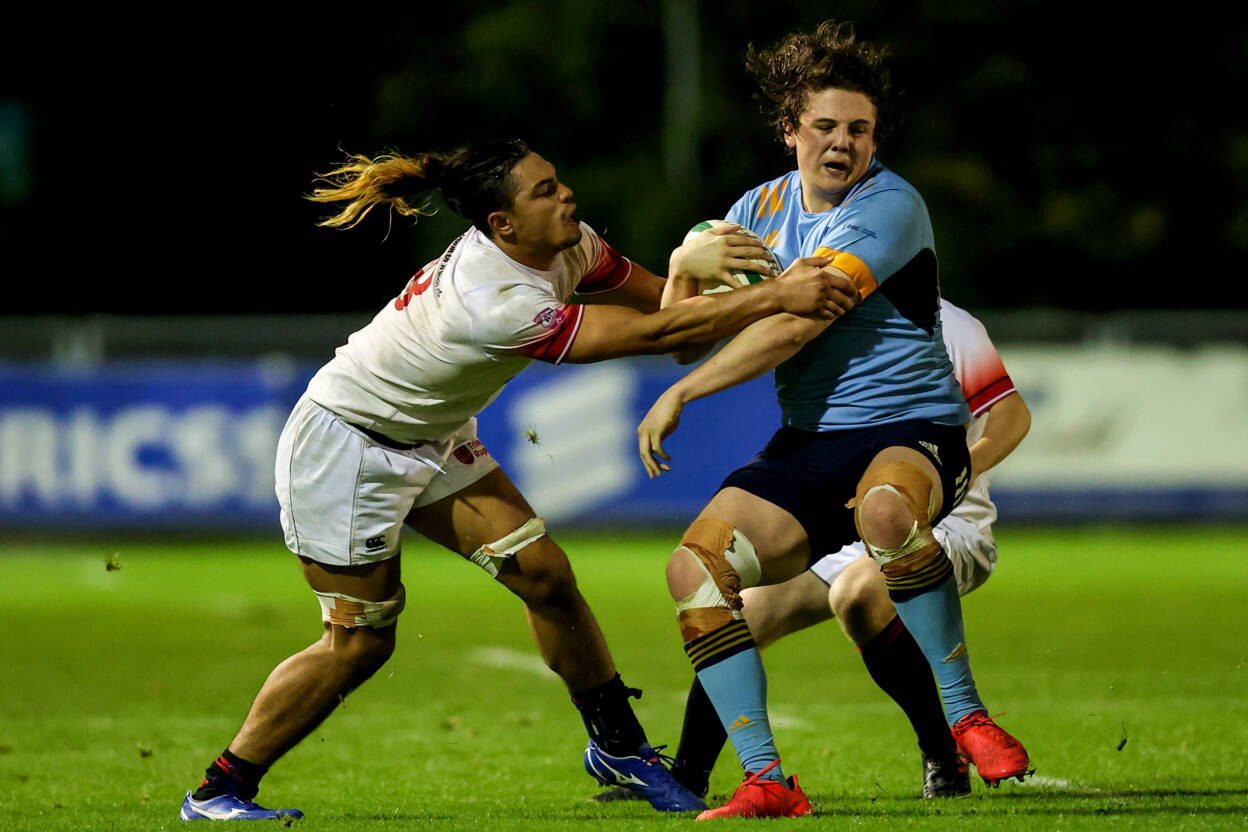 It may as well have been a home game for Trinity as their vocal supporters brought all the energy from before the first whistle, which arguably had a big impact on the game.

Leinster centre Liam Turner was a pillar of his team’s defence, leading their fast line speed. Second row Harry Sheridan, who recently represented Ireland U-20s, also put in a solid shift in both attack and defence.

Two long-range penalties from O’Kennedy gave Smeeth’s charges an early six-point lead. Coyne then broke a tackle out on the wing before chasing down his own chip kick to score a spectacular try.

You will not see many better scores this season. O’Kennedy added two more penalties after 28 and 34 minutes, with UCD, who had leaked 29 points at Clontarf in the first round, struggling to mount a response. 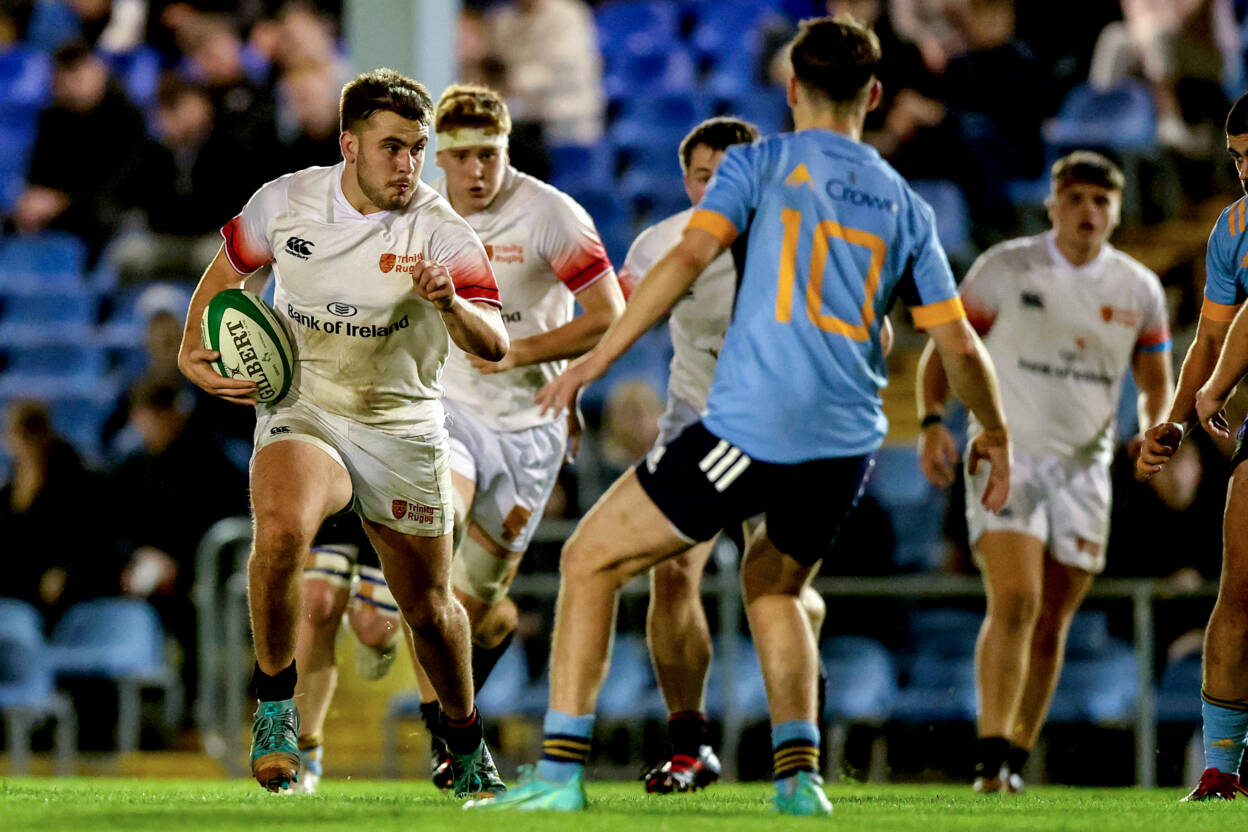 The second half was rather uneventful and the tempo of play dropped quite significantly. However, we did see two more tries, the first of them with barely a minute gone.

The visitors really had the bit between their teeth and barrelled over the line after a powerful maul, Wicklow man Nicholson getting the touchdown for a 24-0 scoreline.

Both teams lost players to the sin bin within four minutes of each other – UCD hooker Bobby Sheehan and Trinity centre Gavin Jones.

After adding a penalty try, Trinity managed to keep the hosts try-less despite some late pressure as UCD knocked on the door of the try-line for the first time in the contest. 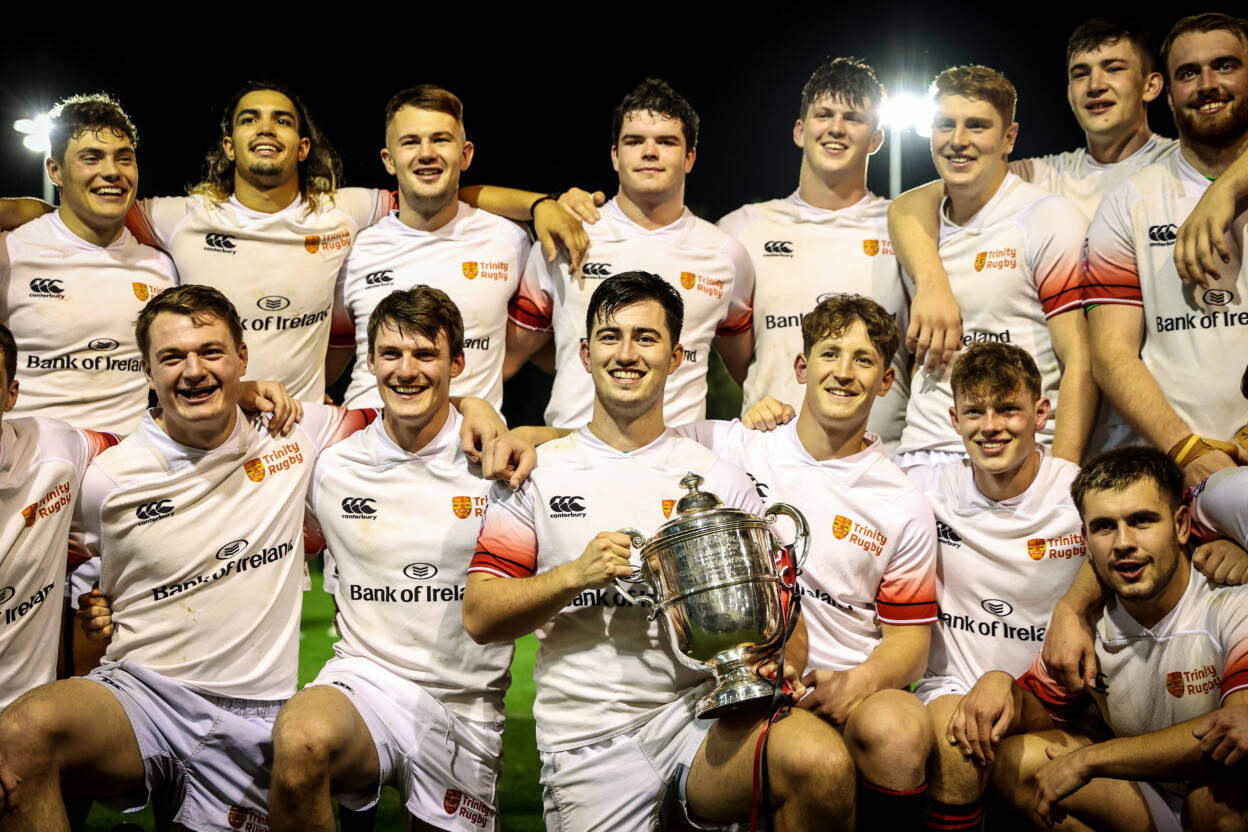