Railway Union, Old Belvedere and UL Bohemians lead the way at the top of the Energia Women’s All-Ireland League with maximum points after two rounds.

UL Bohemians prop and captain Chloe Pearse led by example with two tries in a 43-7 bonus point win over Galwegians in sunny Glenina.

It was a productive day for the Bohs front row, with tighthead Fiona Reidy also touching down and hooker Kate Sheehan chosen as the player-of-the-match.

Connacht’s Ursula Sammon raced through for an inspiring early try for Galwegians. She beat two players from halfway and then sliced in between two more to raid in behind the posts.

That came in response to Eilis Cahill’s fourth-minute opener for Niamh Briggs’ Bohs, who soon began to dominate play as they exposed gaps in the home defence.

Reidy restored their lead before winger Alana McInerney, picking up possession 60 metres out, tore clear down the right touchline to register try number three at the posts.

Pearse put her name to the bonus point score – making it 26-7 at half-time – and, reverting to the back row, she charged off the back of a midfield scrum and evaded three defenders to complete her brace.

Preceding that was an Eva McCormack effort, which was followed by Nicole Cronin’s fourth and final conversion of the game.

Aoife Corey then came up from full-back, profiting from a nice chain of passes to run in Bohs’ seventh and final try from close range. 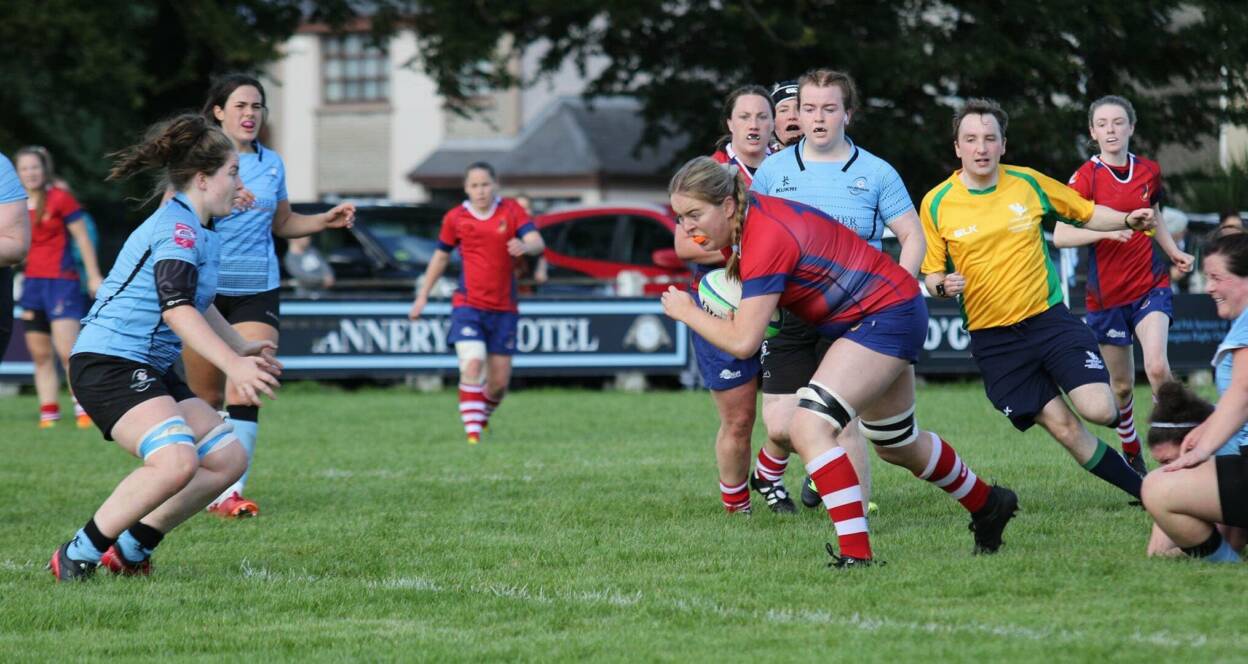 A much closer contest awaits next Saturday when Briggs’ charges host Old Belvedere who made it two wins out of two by overcoming Malone 57-12.

Driven on again by captain Jenny Murphy, ‘Belvo ran in nine tries, doing most of the damage in a first half which ended 40-0 in their favour.

Winger Laura Carty helped herself to a hat-trick and out-half Hannah Tyrrell scored a try and kicked five conversions, taking her early-season haul to 31 points.

At Park Avenue, Railway Union ran riot in their first home game to teach Wicklow another tough lesson in their All-Ireland League apprenticeship.

John Cronin’s charges, boosted by a number of returning international and provincial players, secured a staggering 142-0 victory over the top-flight newcomers.

Railway were in ruthless form and they finished with a total of 24 unanswered tries. Scrum half Ailsa Hughes notched a hat-trick, keeping a constant high tempo to the hosts’ attack that created an intensity that Wicklow found hard to live with.

Centres Katie Heffernan and Maggie MacKinnon sliced open the visitors’ defence on numerous occasions. Their powerful direct running helped them to score seven tries between them.

Long-striding Ireland lock Aoife McDermott another player that Wicklow could not cope with. She was able to make plenty of metres and also scored three tries of her own.

There were a few of the Wicklow youngsters who deserve credit for their commendable work-rate. Their out-half Beth Roberts exited well and had some nice touch-finding kicks.

Winger Aoibhin Stone looked promising anytime she got the ball, while back rower Jessica Schmidt put in an honest day’s work all around the pitch.

Meanwhile, four-try Cooke bounced back from losing in Limerick to beat Ballincollig 24-10 at Shaw’s Bridge.

Front row duo Ilse van Staden and Aishling O’Connell both got amongst the tries, and versatile forward Naomi McCord grabbed her second of the campaign.

With young flanker Katie Hetherington also crossing, the Cookies had the bonus point in the bag before Jayne Pennefather and Katelyn Fleming collected a couple of consolation scores for the Cork outfit.

Blackrock College returned to winning ways in emphatic fashion, serving up a 50-0 beating to Suttonians at the JJ McDowell Memorial Grounds.

Ireland back rower Hannah O’Connor starred with a 20-point contribution made up of two tries and five conversions.

There were braces too for Mairead Holohan and Ireland Sevens starlet Anna Doyle. Two more players who came up through the Ireland Under-18 Sevens pathway, Aoibheann Reilly and Eimear Corri, had a try each.

Corri scored the try of the game, breaking free up the right wing before cutting in past the final defender to extend the lead to 43 points.

Leinster captain Christy Haney soon broke from halfway with a strong fend, sucked in a couple of defenders and offloaded brilliantly out of a tackle for Holohan to go in under the posts.