A try in the final play from young centre Eoin Deegan was enough for Old Wesley to edge out Shannon 23-22 in a cracking Division 1B contest at Energia Park.

Some important penalties late on helped Old Wesley to work their way into scoring range. They made carry after carry, forcing Shannon to commit numbers tight to the ruck.

The Shannon defence suddenly looked stretched, a peach of a floating pass from out-half Paddy McKenzie putting Deegan away for the all-important try, with a simple winning conversion following from Josh Miller.

In the second half, both teams began to loosen up. The Limerick men, in Pat O’Connor’s first league match at the helm, scored two tries in this period through full-back Jamie McGarry and winger Ikem Ugwueru.

Ennis product Ugwueru ran a lovely short line after linking up with scrum half Aran Hehir, who threw a well-timed inside pass to put the winger away for the score. 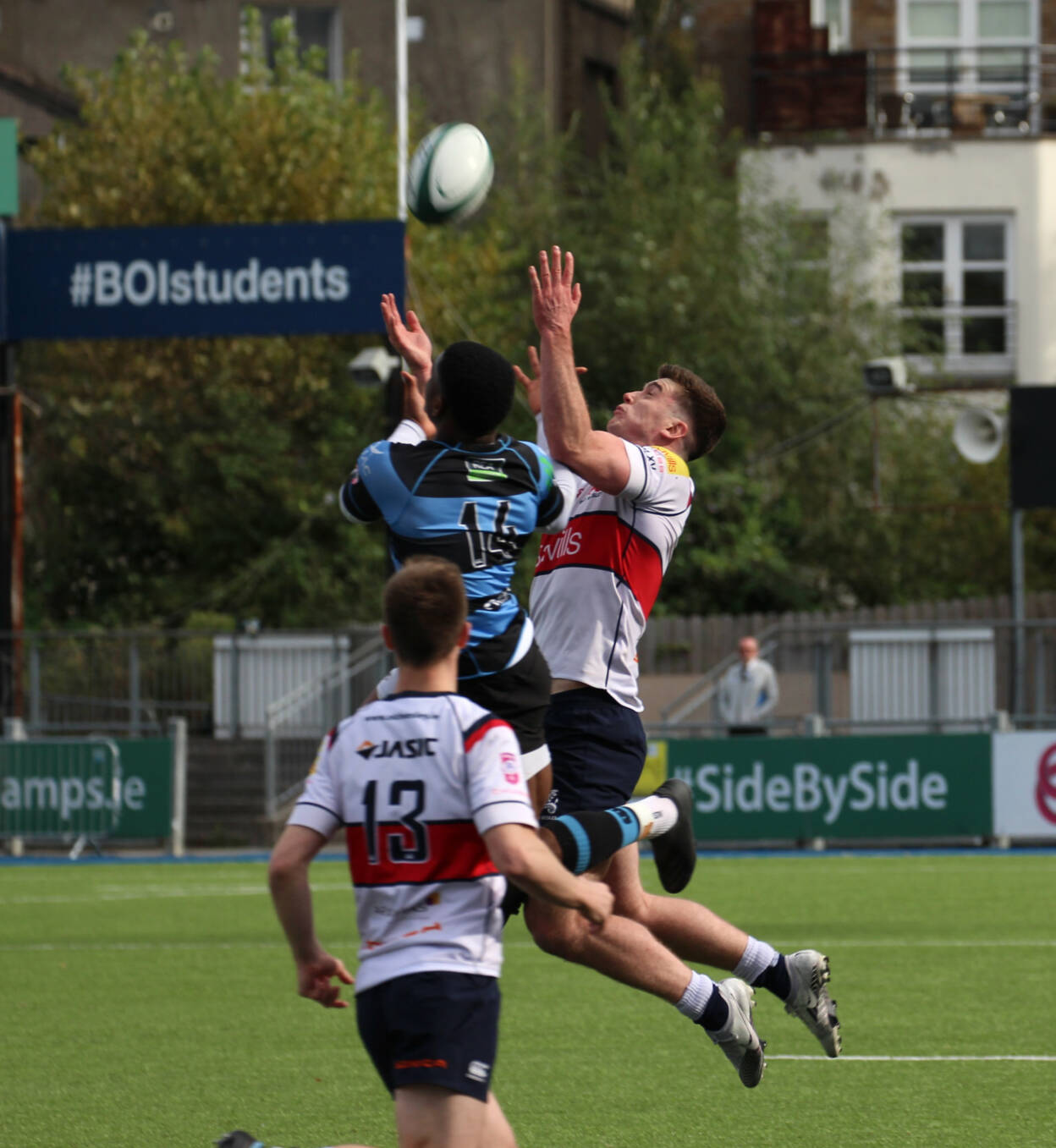 However, it was the three tries from Wesley during the closing half – Jack Costigan, Alastair Hoban and Deegan all touched down – that saw them prevail in an exciting finish.

The only try of the first half arrived in the fourth minute. Against the run of play, Hehir picked off a loose Wesley pass to run in a well-taken intercept try, converted by John O’Sullivan.

It was a very cagey opening 40 minutes with both sides putting in a big defensive shift, especially the visitors who were having to do a lot of work without the ball.

Captain Lee Nicholas and fellow forwards Kelvin Brown and Sean McCarthy led the charge for Shannon. Old Wesley lock JJ O’Dea was impressive throughout, making a big impact all around the pitch. 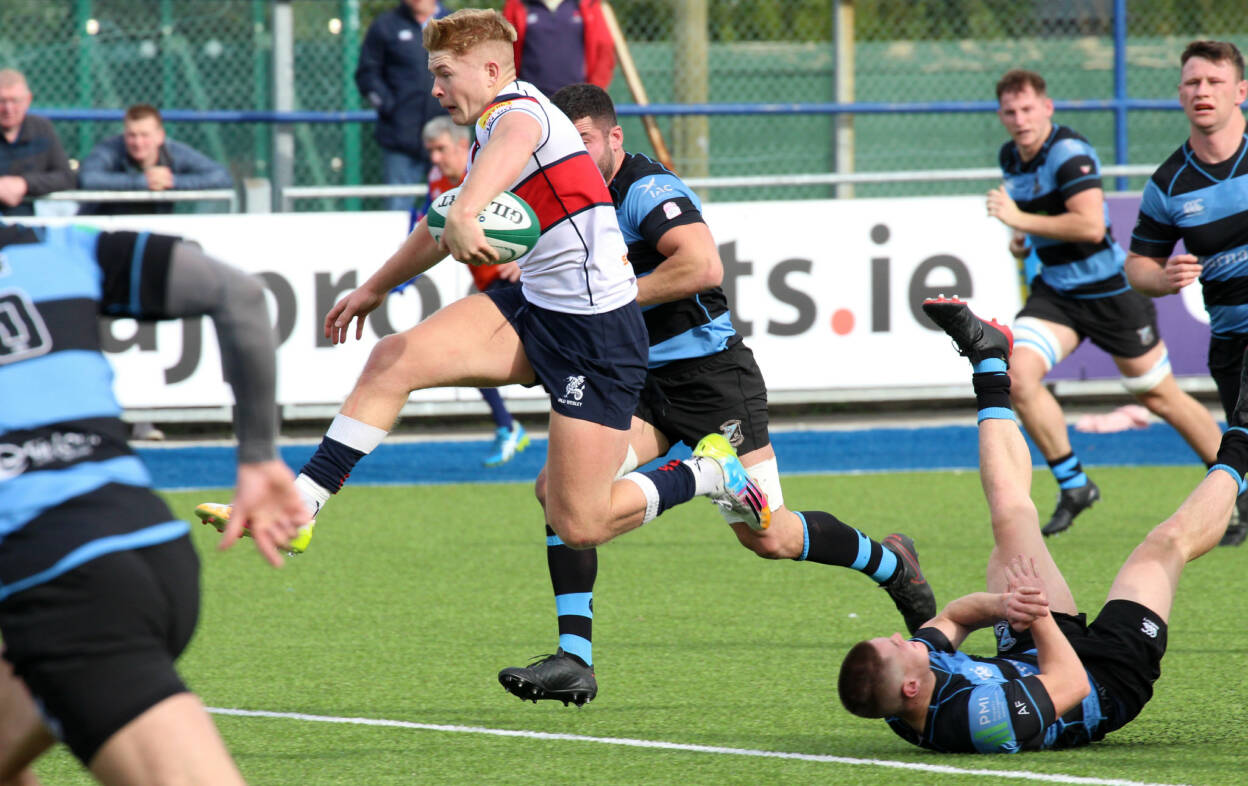 Shannon led 10-6 at half-time, O’Sullivan’s 22nd-minute penalty coming in response to a brace of well-struck place-kicks from his opposite number Miller.

Just three minutes after the break, a good carry from number 8 Nicholas set up the perfect platform for Shannon to attack. The backs took over and made it count.

The ball was spun wide, with replacement Alan Flannery showing some nice footwork before laying off for McGarry to go over in the corner for an unconverted effort.

Nonetheless, Wesley replied in brilliant fashion with two unconverted tries in the space of 10 minutes. Costigan registered the first, following up on some good work by winger Tommy O’Callaghan in the build-up.

Despite losing hooker Ben Burns to the sin bin, Morgan Lennon’s men struck again soon after. They worked the ball wide and flanker Hoban dotted down in the corner, making it 16-15. 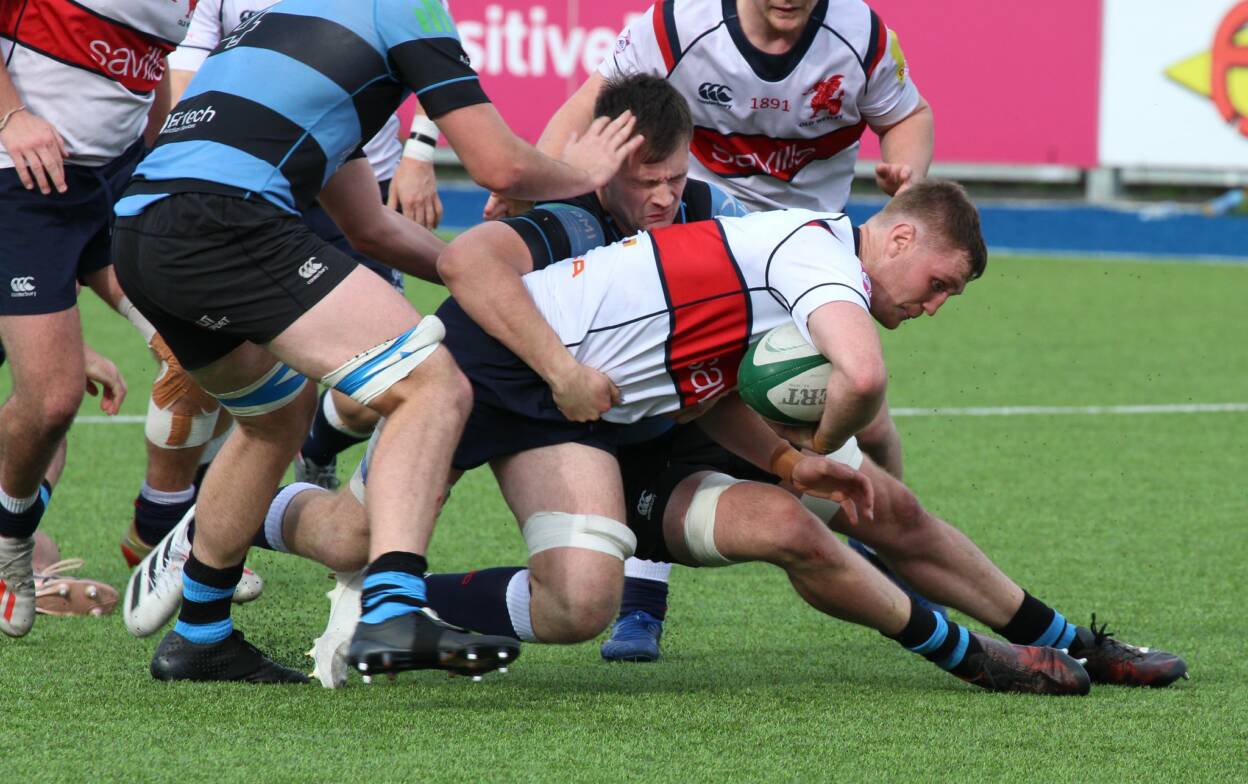 Shannon regained the lead in the 64th minute, Ugwueru darting in under the posts with O’Sullivan’s straightforward conversion giving them a 22-16 advantage.

It was not enough in the end, though, as Wesley, with O’Dea winning a crucial turnover and Charlie O’Regan bringing impact off the bench, freed up Deegan to surge in under the posts.

On this evidence, both of these clubs look capable of mounting challenges for promotion this season. Wesley have their first Dublin derby of the campaign next Saturday, away to St. Mary’s College.

Shannon head coach O’Connor told SRTV afterwards: “It’s tough anytime you go away from home and get so close to taking a win, and then to lose it right at the death.

“But, look, we’re learning. We made a few errors there today that allowed them into the game. Wesley are a good side and if you make those kind of errors, let a side like that get that kind of field position, it hurts you.

“We’re a very young group with five debutants today, and we’ll only get better week-on-week. It is a league and we took a point away from it which is positive. We just need to regroup now for next week.”