The first of the Connacht derbies in Division 2B of the Energia Men’s All-Ireland League brings Ballina, the newly-crowned Connacht Senior League champions, to Galwegians.

Both of these clubs have assembled high-quality coaching teams for the new campaign, with Neil Doak joined at Belfast Harlequins by Paddy McAllister as player-assistant forwards coach.

‘Quins have recruited well in the off-season, their scrum-half ranks bolstered by Luke Simms, Callum Davidson and Lee Steenson, while versatile Ulster Under-19 prop Jack Boal is another new addition.

James ‘Jesus’ Fennelly, the former Trinity favourite, leads the list of new signings at Blackrock, with the likes of back rowers Matthew Cosgrove and Colm Gallagher looking to ‘kick on’ after the Covid-cancelled season.

Galway Corinthians got a timely boost in their final Connacht Senior League game, as a late penalty from out-half Dylan Keane saw them defeat Sligo 19-17. 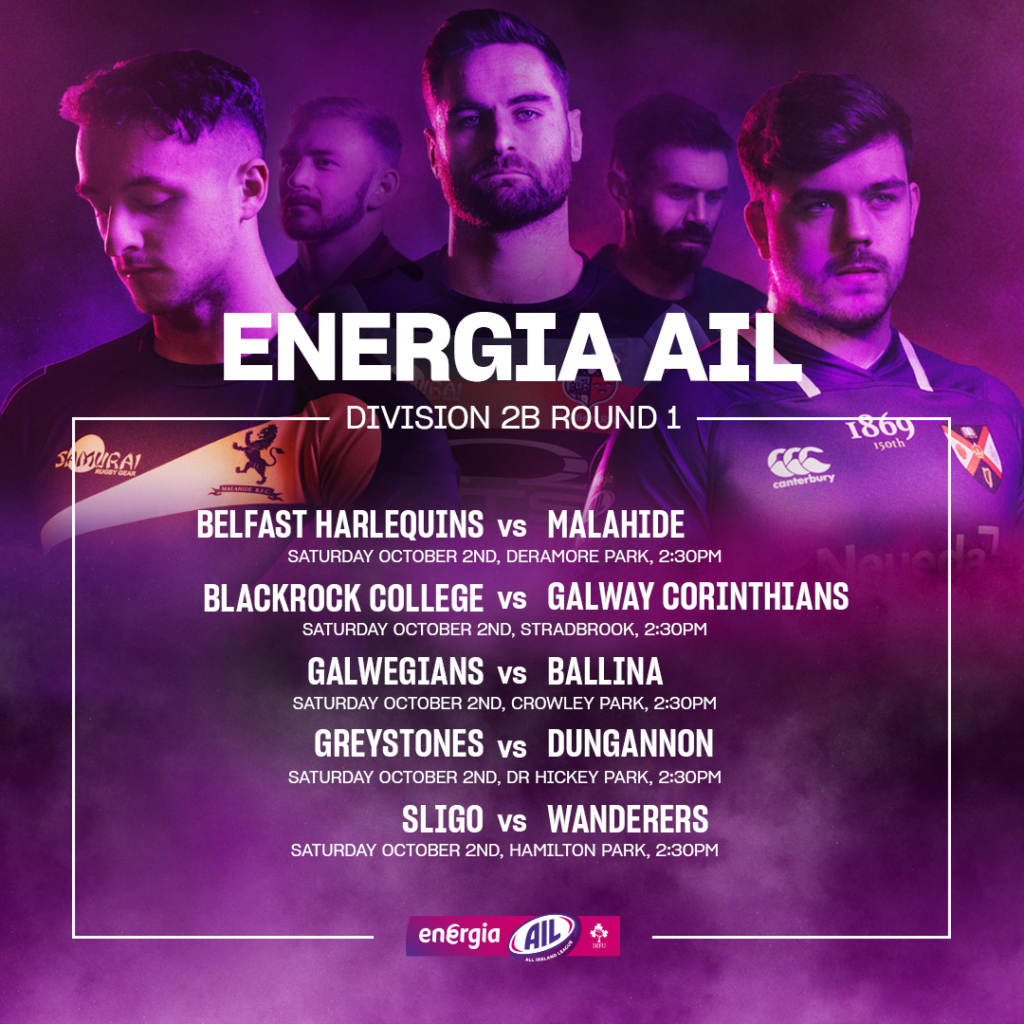 Determined to get the best out of his squad, Naughton said: “I’ve seen some great potential in these young players coming through and we have some experienced players to help guide them too.”

Former Ealing and London Scottish captain Danny Kenny returns home and could be an important figure for ‘Stones this season. Look out too for South African hooker Ntuthuku Mthembu.

Andy Hughes’ Dungannon, who won 22-14 on their last visit to the Co. Wicklow club, warmed up for the start of the league with a 31-21 success at Bangor.

The Sligo ship is now steered by Brazilian international out-half Josh Reeves, who is originally from New Zealand. He has been appointed as player-coach, with fellow Kiwi Simon Galvan looking after the forwards.

Coincidentally, the 31-year-old Reeves played for Wanderers, Saturday’s first round visitors, in the All-Ireland League back in 2011/12.

Eoin Sheriff continues in charge of the Chaps, who have already booked their place in the Leinster Senior League Division 2 final. Their last trip to Strandhill, back in October 2018, ended in a 28-20 victory.