With a number of new coaches in situ in Division 2C. will the Leinster clubs lead the charge for promotion as they did so before the pandemic began?

This Bangor’s first time to host Bruff since November 2018, wingers Cian Clifford and Liam Treacy both touching down that day in a 15-10 triumph for the Limerick side.

Following some recent defeats in Ulster, Bangor director of rugby Tom Rock is demanding a reaction. He wants his players to ‘deliver consistency in our basics and the small details’.

The Seasiders are hoping for a cleaner bill of health, particularly in the forwards where Bruff are traditionally strong. The battle for set piece supremacy will be crucial.

The vastly-experienced Ben Manion is on board as Enniscorthy’s new head coach, as they aim to continue where they left off in March 2020 when they were second in the standings.

The Australian is looking forward to getting the most out of a ‘young fast pack’ and ‘good backs that want to throw the ball around’. Ten young players were blooded in the Leinster Senior League.

New signing Flor McCarthy will be looking to make his mark in the Midleton back-line. Player-coach Stuart Lee remains a talismanic figure at out-half. 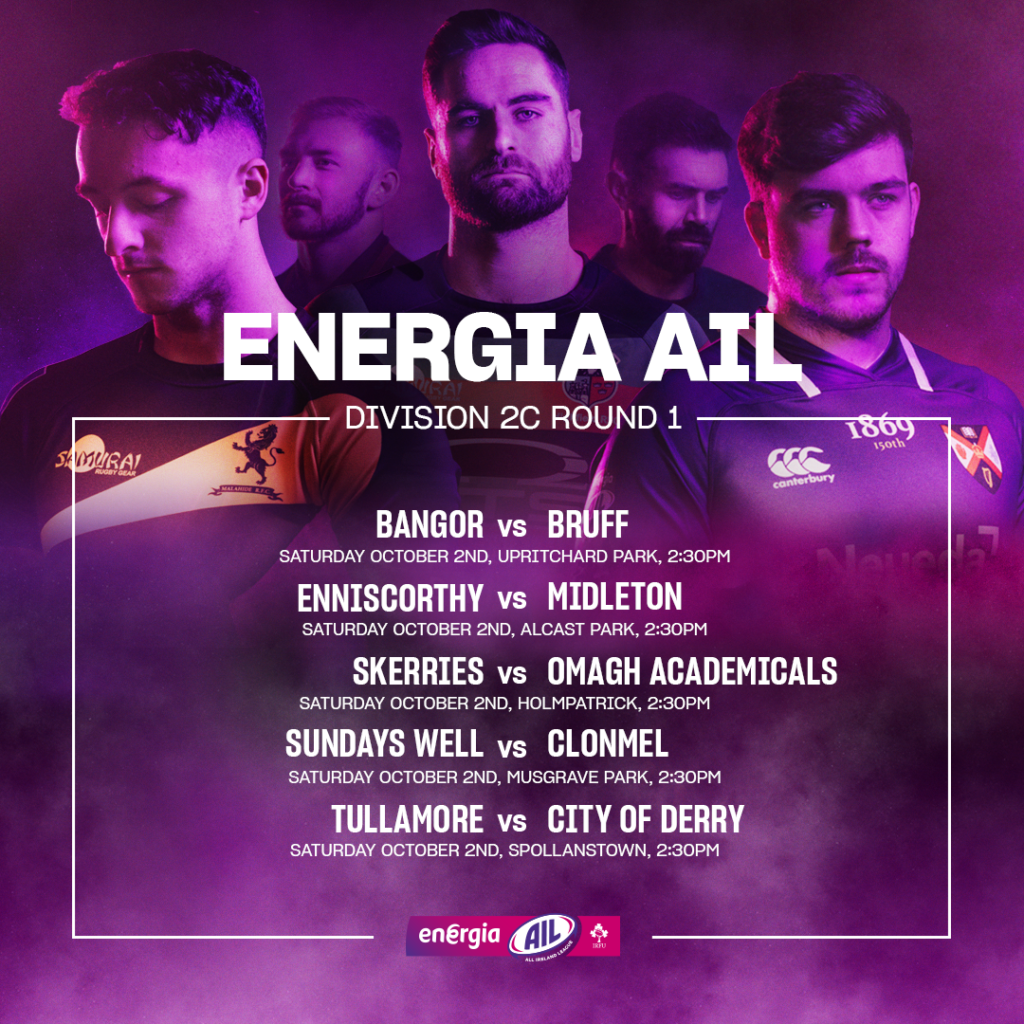 With just one defeat in 13 games, Skerries were top of the table when Covid-19 unfortunately forced the cancellation of the 2019/20 season.

Former Ireland Club XV winger Kevin McGrath, who captains Skerries, said: “A lot of us are here going for it again. Lads are absolutely buzzing, flying again. The mindset is there straight away – everyone wants that league win.”

Towards the end of last year, Glenn Kyle took over as Omagh’s head coach. The Accies’ early season form has caught plenty of attention, with 15 tries scored in overcoming Dungannon, Ballymena and City of Derry.

A move back to his native Cork sees Denis Hurley take the coaching reins at Sunday’s Well. The former Ireland international was previously assistant coach with Blackrock College.

Impressive number 8 Conor O’Brien continues as captain of the ‘Well, who were narrow 15-12 winners over Clonmel in August’s Cork Charity Shield clash.

Clonmel won the last three games of the Covid-cancelled 2019/20 season – their first as an AIL club – and their young squad is now coached by Ian Keatley, Hurley’s former Munster colleague.

South African Darin Claasen has added club stalwart Dave Hanlon to his coaching team at Spollanstown, where the Tulliers defeated City of Derry 30-18 back in November 2019.

Stepping up as Derry’s new head coach, Richard McCarter is following in the footsteps of his dad Gerald. Injuries have severely hampered their build-up, so they are taking a ‘back to basics, one game at a time’ approach.