Former Connacht and Nottingham forward Danny Qualter is back with Buccaneers. It is a mostly youthful squad at Kolo Kiripati’s disposal ahead of his league bow as head coach.

South African youngster Tabo Maree will add further grunt up front, and it will be needed against a Cashel side that are always formidable at set-piece time.

These two clubs were at opposite ends of the table when the pandemic struck, Nenagh Ormond lying second-from-bottom and MU Barnhall leading the charge for automatic promotion.

Speaking about the league’s return, Nenagh head coach Mike Kennedy said: “I suspect there will be an element of rustiness to some teams, and others not as much. But it really is the unknown more than any other year as far as I can tell anyway.”

Barnhall were the team to beat in 2019/20 and, with a number of youngsters pushing through, they are relishing another crack at reaching the league’s second tier. 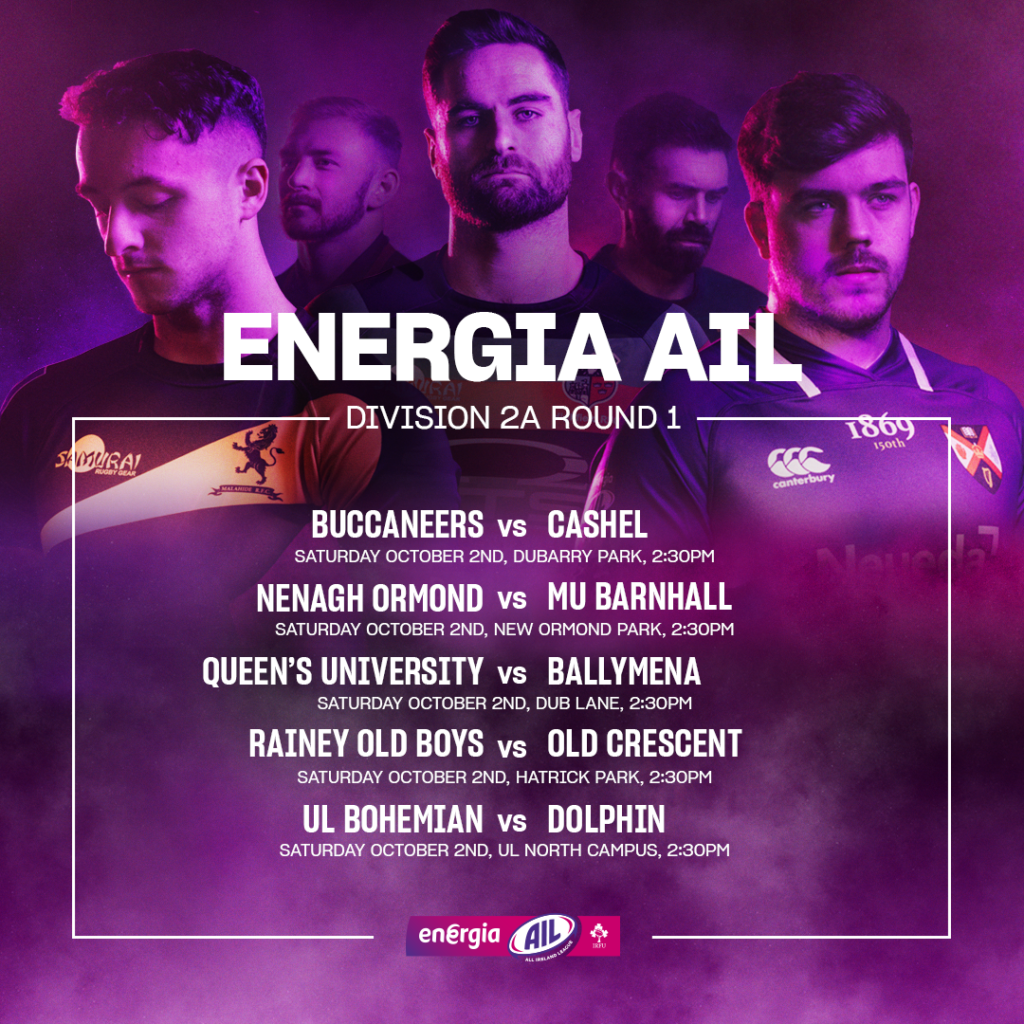 Queen’s have enjoyed some runaway wins in the Ulster Rugby Premiership, thumping both Banbridge and Rainey Old Boys with Jamie McNeight and Jonny Hunter scoring hat-tricks.

The provincial derbies keep coming for Derek Suffern’s young guns, as Ballymena pitch up at Dub Lane, on the back of victories over Bangor (51-17) and Harlequins (25-13).

Centre Sam Millar has quickly found form for the John Nicholl-coached Braidmen, who have welcomed back Azur Allison from Malone and fellow returning forward JJ McKee.

One of McKinley’s recent matchday selections had an average age of just 22, but they are making positive early strides. They overcame Malone 34-31 last week, with lock Connor Smyth claiming two tries.

Fresh from helping the Munster Women to win the Interpro title, Wigan native Matt Brown is hoping to drive Old Crescent back to the top four – exactly where they were 18 months ago.

Munster rivals UL Bohemians and Dolphin lock horns and two former provincial team-mates, Tommy O’Donnell and Brian Scott, get to take each other on as fledgling head coaches.

Bohs boss O’Donnell told the Limerick Leader: “The AIL is a significant trophy. A lot of guys coming out of school, a lot of guys playing into their late 20s, 30s, to play that AIL rugby. Can’t wait to get going.”