Niamh Byrne stands in for a photo beside the Energia Women’s All-Ireland League trophy. Would she like to be the one to lift it at the end of the season? “That’s the plan,” she says in a measured and modest tone.

In 2018/19, it was Byrne as captain who got her hands on the cup when Railway Union won the AIL title for the first time in their history.

How did Railway feel about being custodians of the trophy for so long? “We’d much rather have been playing rugby,” said their head coach and director of rugby, John Cronin. It is AIL match week for the first time since March 2020, so his wait is almost over.

“The buzz is brilliant,” he says. “You can see it in the WhatsApp group and you can feel it on the training pitch. The girls were really keen to get back at the start of the summer, so we’ve had a long lead-in and we just can’t wait to get going.” 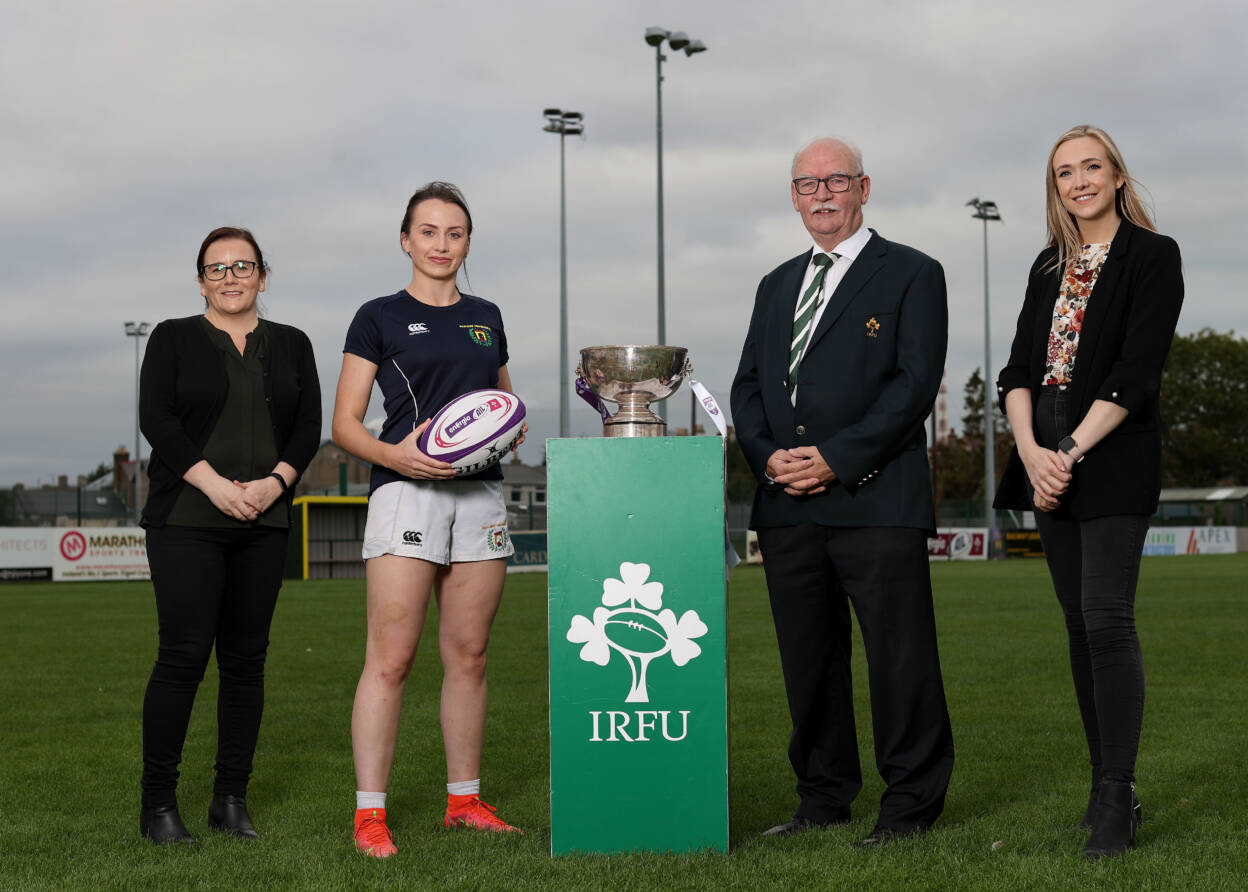 There will be a much-changed look for many squads this season, and Railway Union will be without a number of players who served them so well on their title run at the last time of asking.

Emma Taylor is back in Canada while the return of Women’s AIL rugby to Cork sees Claire Coombes join up with Ballincollig. Other stalwarts like Juliet Short and Grainne Egan have retired.

There are fresh faces, and new talent, to see too. Maggie MacKinnon was on the podium with the Canadian Sevens team at the 2018 Youth Olympic Games and was part of the Maple Leaf Academy set-up in 2020/21.

She is a new recruit along side Chisom Ugwueru, a Vodafone Women’s Interprovincial Championship winner with Munster, and Emma Fabby who caught the eye during Connacht’s interprovincial campaign.

Railway Union’s first game back is a short trip to near neighbours Blackrock College – a side who have also recruited well during the down time. Cronin says it is an opportunity to renew friendships as well as rivalries.

“It’s a tough opening fixture for us,” he note”. “They beat us the last time we played there in the AIL and we know they’ll be planning to back that up. We just can’t wait to get back on the pitch.”