Wearing his Connacht colours, Paul Boyle returned to the Aviva Stadium where he made his Ireland debut against the USA in July ©INPHO/Dan Sheridan

They may be facing a tough start to the inaugural United Rugby Championship but, from the point of view of back rower Paul Boyle, this is exactly what Connacht need to get themselves up and running in 2021/22.

Coming off the back of a productive season in the Guinness PRO14 – they finished second in Conference B and were subsequently sixth in the Rainbow Cup – the westerners are looking to lay down a marker when the URC gets underway.

While the presence of four South African franchises will help to broaden the appeal of this new competition, Andy Friend’s Connacht are set to be amongst familiar company in the opening five rounds.

In addition to facing Cardiff in their maiden URC outing this Friday, they will play provincial rivals Munster and Ulster on consecutive weekends in October.

Rather than being daunted by the fixture calendar, Boyle is eagerly anticipating what lies in store for his side.

“I always say you want to play against the best and we’re going to have to play against these teams at some stage. It might as well be at the start,” he insisted, speaking at the United Rugby Championship launch at the the Aviva Stadium.

“We have full focus on Cardiff for now and really looking forward to getting stuck in on that. It will be my first game back. I missed the two pre-season games, so I’m really excited to get involved.”

Connacht’s home game against the Ospreys on November 26 will also be a special game for Boyle as it will see him coming up against his good friend and former team-mate, Jack Regan.

A son of former Offaly hurler Daithi, Regan joined the Swansea-based side in the off-season having lined out for Dunedin Sharks, Otago and the Highlanders during a recent stint in New Zealand.

Boyle and Regan previously shared dressing rooms in the underage international ranks, most notably with the Ireland Under-20s in 2017. He is happy to see the Birr man back closer to home.

“From talking to him he’s really excited. I hadn’t seen him in about two-and-half years, so I was delighted to see him during the week. Jack’s on a bit of a buzz at the moment. He’s loving life over in Wales and he’s going to be a great addition to Ospreys.

“He’s a really good player. I played with him for three or four years from when I was about 16 growing up. He’s a good friend and a good player. He’s going to be a great addition to the Ospreys.” 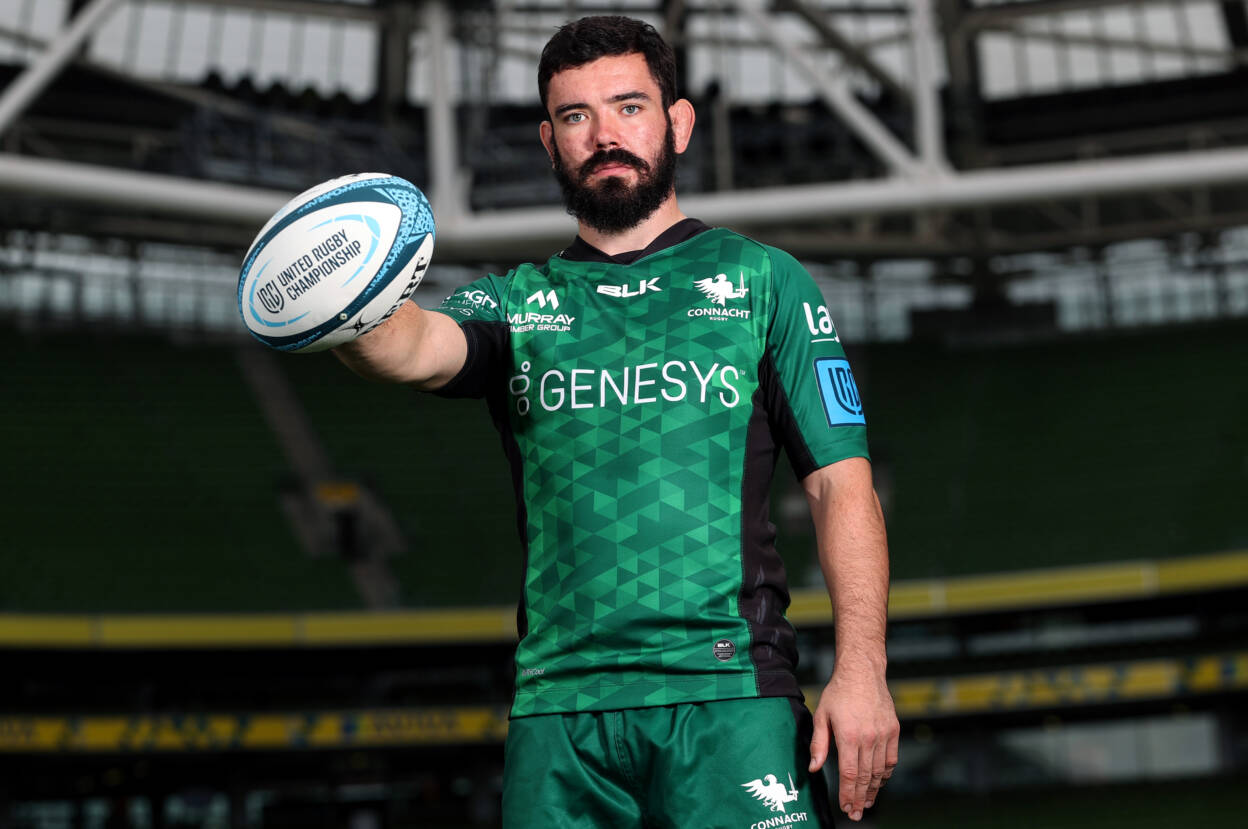 Following a superb 2020/21 campaign with Connacht that saw him notch eight tries in 17 appearances, Boyle was called into Andy Farrell’s Ireland squad for the Vodafone Summer Series.

He left enough of an impression behind the scenes to be handed his debut as a second half replacement against the USA at the Aviva Stadium on July 10, and found the whole experience of being in an international environment to be an invaluable one.

“The three-week camp was really enjoyable. It was unbelievably intense. I learnt a lot and since then I’ve just been trying to implement the things that I learnt – whether it was work-ons or good things that I need to improve on as well.

“I’ve just been enjoying implementing those. I got some really good feedback from coaches. Learned a lot off other players that I was with in camp.

Hopefully now, come game-time, I can implement some of the things I’ve been working on. On field I was expecting the step-up and the step-up was there, but when it’s expected, it’s not as bad.

“It was more the off-field stuff that was surprisingly a big step-up. Whether that was the video work you do, the analysis, learning new calls.

“That was probably the toughest part to learn, but after a couple of days I was well used to it and I’m looking forward to hopefully getting back in again.” 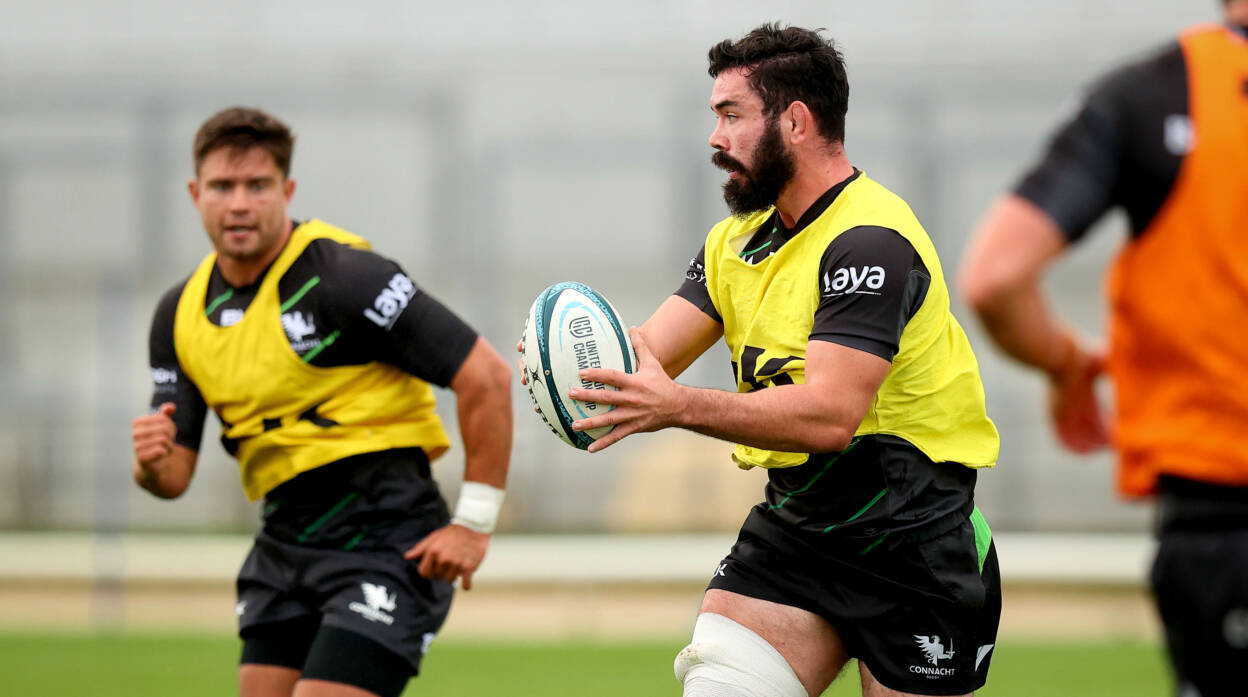 Remarkably, Boyle is one of nine players in the current Connacht squad to have represented Lansdowne in the Energia All-Ireland League.

Lining out for the headquarters club while simultaneously being contracted to the Leinster sub-academy, working under former Wales Grand Slam-winning coach Mike Ruddock offered him a taste of what he was to eventually encounter on a weekly basis in the professional game.

“The path I came up in rugby, I wasn’t part of a school. I was playing with Gorey the whole way up, so when I went to Lansdowne it was my first proper step up in standard,” admitted the Wexford native.

“It’s the old saying, but it really does make a man of you. I learnt so much between playing a year of 20s there and a year of AIL as well.

“When you have guys like Mike Ruddock coaching you, you’re learning off the best. I thrived in Lansdowne.”

With another member of his family now a part of the AIL furniture, Boyle is adamant that more players can make a transition from domestic rugby into the professional ranks. He added:

You can always see guys coming from the AIL. Whether it’s us, we have Matt Healy or Pete Sullivan. There’s always guys you can pick up. Greg McGrath this year as well.

“There’s guys you can pick and there’s hidden gems in the AIL, because it is a high standard. There’s a lot of good players there that might have slipped through the cracks.

“For coaches and Academy managers, whoever it is that is picking up players, the AIL is a really good one to keep an eye on players.”