Ireland flanker Edel McMahon has insisted coping with pressure will not be an issue when they cross the white line against Scotland in the final round of the Rugby World Cup 2021 Europe Qualifier tournament.

Having gotten their campaign back on track with a 15-7 triumph over Italy in Parma, Adam Griggs’ side are seeking a similar result in Saturday’s finale against the Scots (kick-off 5pm Irish time).

While all four teams are tied on five points apiece, Ireland will enter the game knowing that a second win on the bounce will guarantee them a spot at an upcoming repechage tournament at the very least.

An automatic ticket to next year’s World Cup in New Zealand is also very much up for grabs, with the girls in green only marginally behind table toppers Italy on points difference ahead of this weekend’s action.

Speaking during a media call from Parma, McMahon said: “We knew what pressure was on us last weekend (against Italy). Not coming away with a result would have been a different story.

“There was a lot of pressure on us that weekend. It’s a part of elite sport, it’s a part of international rugby. I thought everyone dealt with it very well and took it as a catalyst to edge us on and be better on the pitch.

“We spoke a lot about our defensive game against Spain and that probably wasn’t there, but that was a huge talking point of our week and our prep coming into the Italy game. We saw that from the get-go, from the kick-off.

“That set the tone for the rest of the match and that’s been a big positive for us, in how we have used the pressure and not go into our shells and hide away from it. I think the same is coming this weekend as well.”

Although Ireland’s narrow defeat to Spain in the opening round left them with virtually no margin for error in the remaining games at Stadio Sergio Lanfranchi, the same was true for Scotland.

In their first competitive fixture since finishing fifth in the Women’s Six Nations, Bryan Easson’s charges suffered a comprehensive 38-13 defeat at the hands of Italy.

Like Ireland, a reaction was expected from them against Spain in the second round and they got themselves back in the frame with a thrilling 27-22 bonus point victory. From McMahon’s point of view, that second game saw the real Scotland coming to the fore.

“Scotland maybe were a bit similar to ourselves in their first game. That wasn’t a fair reflection of what they are able to do against Italy and they showed that then against Spain,” she noted.

“They definitely reviewed and had a few hard conversations during the week, similar to us. They came out of the blocks and got the all-important win to leave it all to play for this weekend.” 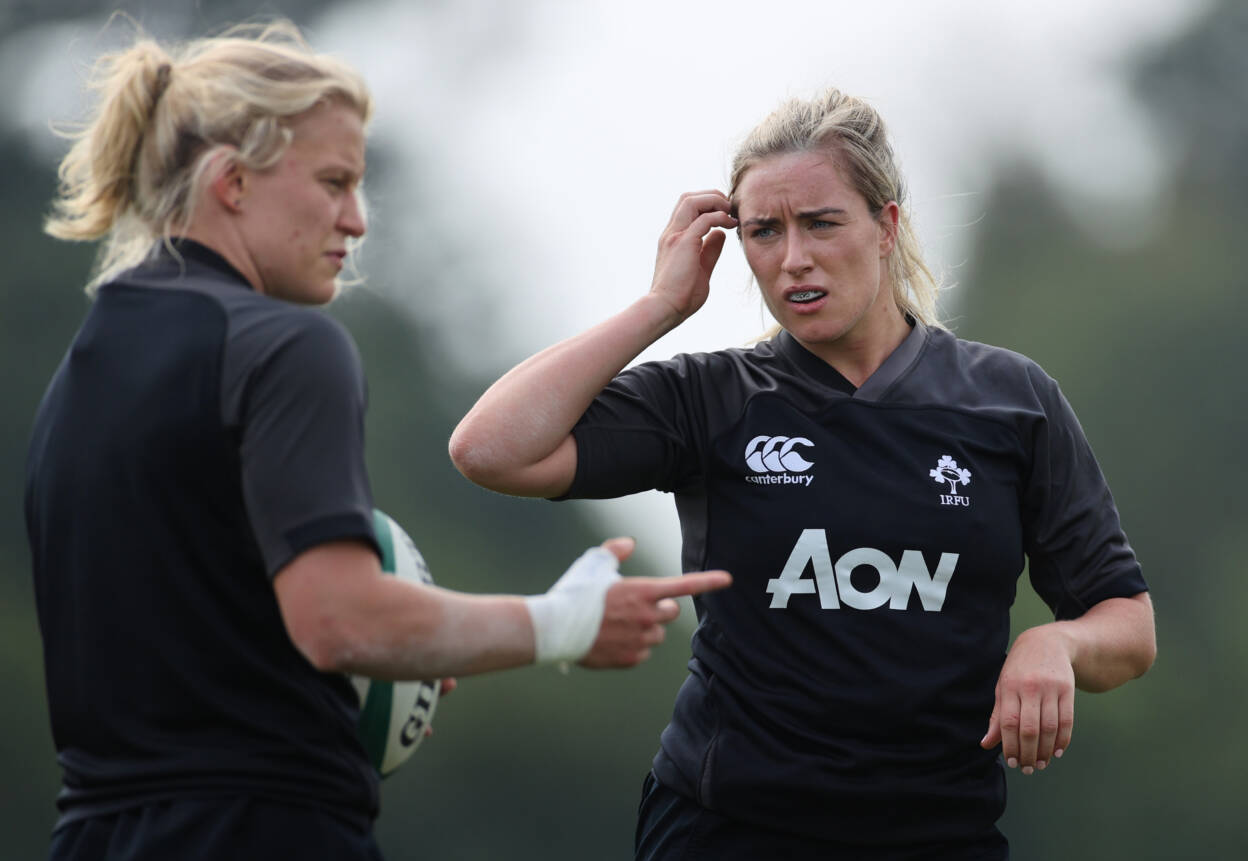 Despite only picking up her 11th cap in the Italy game, McMahon has been part of the international fabric for a good few years. The Wasps back rower first made her Ireland debut back in February 2018 – a Six Nations win over the Italians at Energia Park.

This came just a few short months after the most recent World Cup, which was held in Dublin and Belfast in August 2017.

After previously finding herself on the brink of a breakthrough in advance of the 2017 World Cup, McMahon is aware of how much it would mean to reach the latest edition of the global showpiece.

“I have been unfortunate with injuries. I was there or thereabouts with the girls in 2016 and I ruptured my Achilles so I knew the girls that were involved in that preparation as well. How hard it was when we didn’t cross the line and the challenge that we had set ourselves.

I knew what that meant to them and the task that lay ahead. I may not have the caps, but I have been around a long time now.

“I know what it means to the girls here and those that didn’t get selected to be here. How important it is for us to get the job done this weekend.”

Although she is joined in the squad by three of her club-mates – Cliodhna Moloney, Claire Molloy and Sam Monaghan – McMahon also gets to don the green jersey alongside a former colleague from a different sport.

While growing up together in the village of Kilmihil in west Clare, McMahon played ladies football at club level with Ireland full-back Eimear Considine. Like Considine – and Eimear’s sister Ailish, who is currently plying her trade in Australia with Women’s AFL side Adelaide – McMahon also represented the Banner at inter-county level.

This remained her big focus for many years, until rugby suddenly came into her life while studying a bachelor’s degree in biochemistry at NUIG.

“It’s cool to think that we are back in the same team as well and pushing for that elite performance in whatever team we are involved in. It’s a nice link-up, a nice bit of home.

“I was all football-focused at the time. I was playing county, but there was no training on over the winter so I thought, ‘do you know what, I’ll go up to training’, so I accidentally came across a rugby training session (in college) and I didn’t look back.

“So, I was playing that for about three seasons for a bit of craic and the seasons I decided to take it seriously, I think Eimear was playing Sevens at the time and then we came across each other on a Munster and Connacht pitch.”