The Ireland squad during Sunday's Captain's Run in Parma.

Having waited so long for a shot at reaching next year’s tournament, Ireland captain Ciara Griffin is relieved to finally be getting up and running at the Rugby World Cup 2021 Europe Qualifier in Parma on Monday.

Before facing hosts Italy and Scotland at the same venue on September 19 and 25 respectively, Adam Griggs’ Ireland will square off against Spain at Stadio Sergio Lanfranchi tomorrow (kick-off 5pm Irish time, live on World Rugby YouTube/Facebook channels and rugbyworldcup.com/2021).

The winners of this round-robin series book their ticket to next year’s World Cup, while the runners-up will proceed to a repechage tournament.

The margin for error will be relatively small over the next couple of weeks in the Italian city, and Griffin is aware of how important it is that Ireland can defeat Spain in their competition opener. She said:

“We want to be able to control this. We can control our performances and control what we put in. That will get us over the line. We’re just really excited about it. About getting there tomorrow.

“There’s a very solid squad selected, but that’s the training for the last six weeks that has pushed the squad to that level. Hopefully we’ll see more of that tomorrow.”

Ordinarily selected in either the number 6 or 8 jerseys for Ireland, Griffin has instead been named at openside flanker for the clash with Spain.

Although it is the same back row that started the Six Nations victory over Italy in April, Ulster’s Brittany Hogan will pick up her fifth international cap at number 8, having featured in Griffin’s new position against the Azzurre.

The openside role is not anything new for the versatile Griffin, however, and she does not envisage any major shift in the team’s dynamic when she crosses the white line tomorrow. 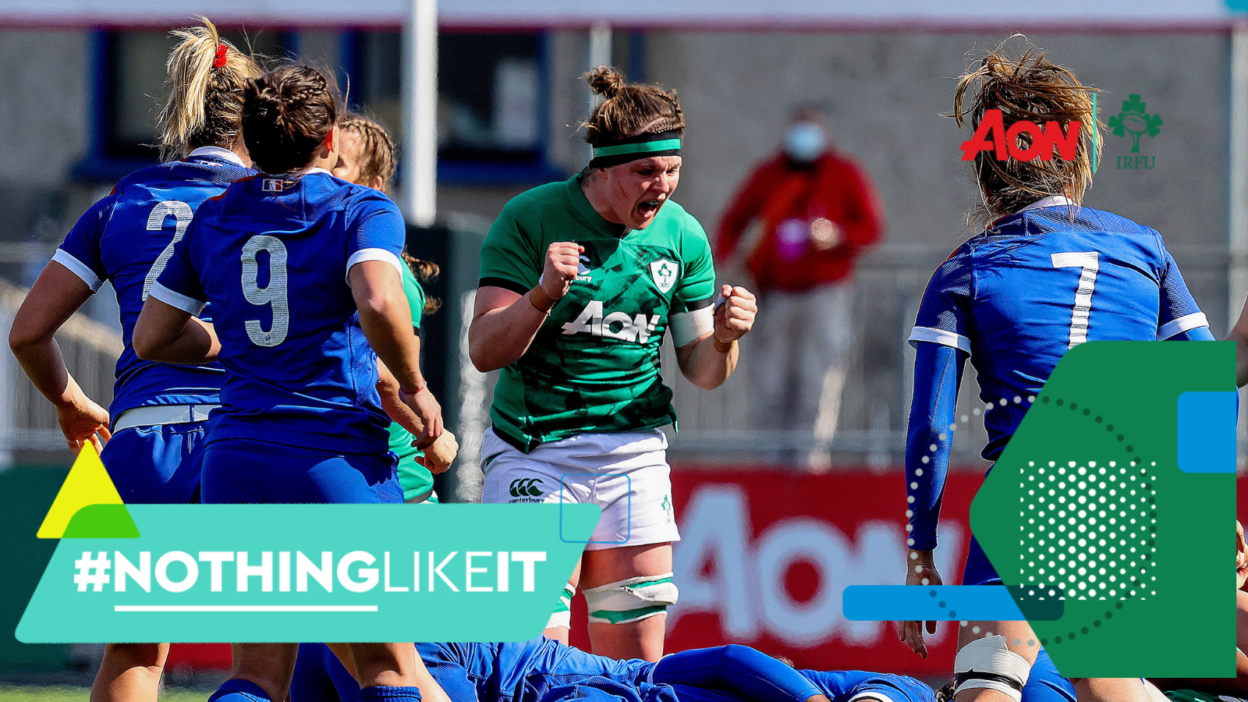 “I’ll play wherever I can, to be honest, once it’s a green jersey. I’m excited about playing seven tomorrow. A similar back row, so we have experience playing together. Looking forward to that,” she said, speaking at the Captain’s Run session.

“Seven, I’ve played there previously. Obviously I’ve been in six and eight lately, but seven has always been in the blood as well. We’ll see how that goes tomorrow.

“I think the big thing here is, the back row are very supportive of each other. No one is out on their own.

“We work quite well as a group. That is going to be a big support unit. You’re not on your own there either. You’ve big support on your left and your right.”

In the terms of the starting XV that Ireland head coach Griggs has selected for this game, it is the presence of Sevens captain Lucy Mulhall at outside centre that provides the greatest level of intrigue.

A member of the IRFU Sevens programme since 2015, the Wicklow native will line up in midfield alongside the vastly-experienced Sene Naoupu.

There is also a spot on the bench for international newcomer Sam Monaghan – one of three Wasps players in the Ireland 23. A powerful second row, she may well find herself sharing scrum duties with Griffin at some point in the contest.

“Hopefully she (Monaghan) gets her run-out tomorrow as well,” the Kerry woman continues. “It’s a sign too of her putting her hand up for selection and it just shows how competitive the camps were the last few weeks, that you have some new caps in the squad.

“It’s great really and it’s a sign of things to come. For the two girls tomorrow, I wish them well. Hopefully they enjoy the experience.”

As well as trying to qualify for the World Cup over the next fortnight, Ireland will also be looking to build the foundations that can hopefully lead to future generations of young girls taking up the sport of women’s rugby.

Griffin and her Ireland team-mates were glued to Saturday’s Vodafone Interprovincial Championship decider between Munster and Leinster at Energia Park, a competition that she believes offers the perfect pathway into the national set-up.

“We were in the team room and we were watching the Interpros on the big screen. Just to get to see it on TV and for us, even though we’re over in Italy, we felt part of it,” she added.

“We had the songs going. ‘Stand Up And Fight’ was going around the team room and everything. It’s great and the fact that it was on TV (was great).

I think that is what is going to help develop that grassroots as well. You need to be able to see it, physically.

“For girls to see that you can see the red of Munster, the green of Connacht, the white of Ulster and the blue of Leinster. An option is there and that can lead you then into a green jersey. I think it’s just so important.

“You want your role models for players coming up through the ranks at a young age, both boys and girls.

“You want to put your best foot forward, to show them how it’s done and how it can be done. That hard work does pay off.”