The Leinster players, including captain James O'Loughlin, celebrate with the U-18 Men's Clubs Interprovincial trophy after their victory at Newforge ©SPORTSFILE/John Dickson

Leinster captain James O’Loughlin lifted the PwC IRFU Under-18 Clubs Interprovincial trophy at Newforge after leading his side to a convincing 28-8 bonus point win over Ulster, their closest rivals.

Photo Gallery: Trophy Joy For Leinster U-18 Clubs Side In Belfast

With two victories each across the first two rounds, it was a winner-takes-all affair in Belfast where Daryl Maxwell’s Ulster outfit were looking to make the most of home advantage.

Despite an early Ben Gibson penalty, the hosts were 14-3 down at half-time following tries from Leinster’s Charlie Sheridan (11 minutes) and Oisin Lynch (17).

Nathan Hook touched down for Ulster, 15 minutes into the second half, but Leinster finished the stronger with Senan Phelan and Tom Larke taking their team’s try haul to four.

In a typically frenetic start, Ulster’s James Girvan got over the ball at the breakdown to win a penalty. From a tough position on the right wing, Gibson split the posts for a fourth-minute lead. 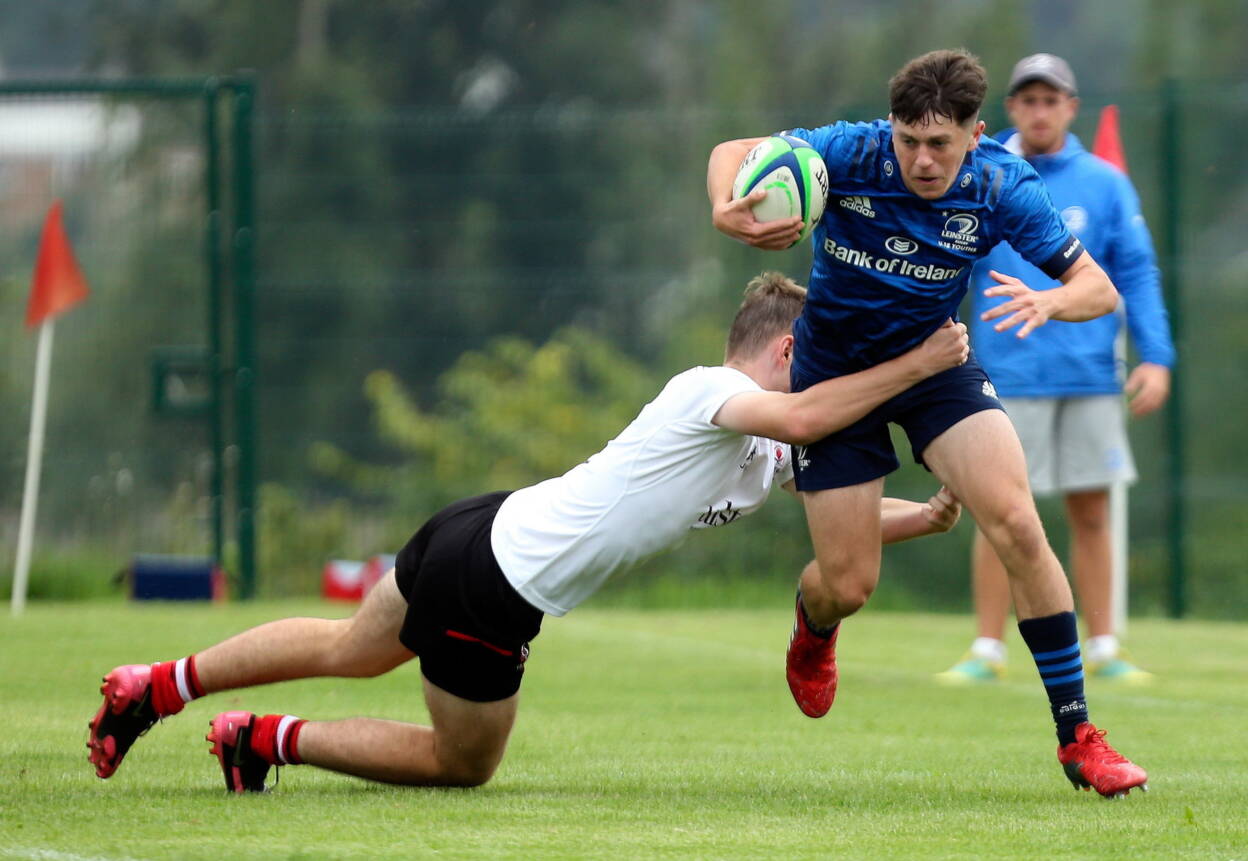 Leinster began to make headway through their elusive full-back David Donohue and big carriers up front, yet another turnover penalty – won by Malone’s Sam Green – allowed Ulster to kick clear.

Nonetheless, from the resulting 11th-minute lineout, a Gibson pass was intercepted on the Leinster 10-metre line by Sheridan, and the Naas centre nimbly shrugged off Girvan and accelerated clear of Gibson’s despairing tackle for an excellent individual try, converted by Larke.

Midway through the first half, a slashing break by Sheridan took Leinster deep into the hosts’ 22. The forwards took over, rumbling up close before Boyne prop Lynch burrowed over for Phelan to convert. 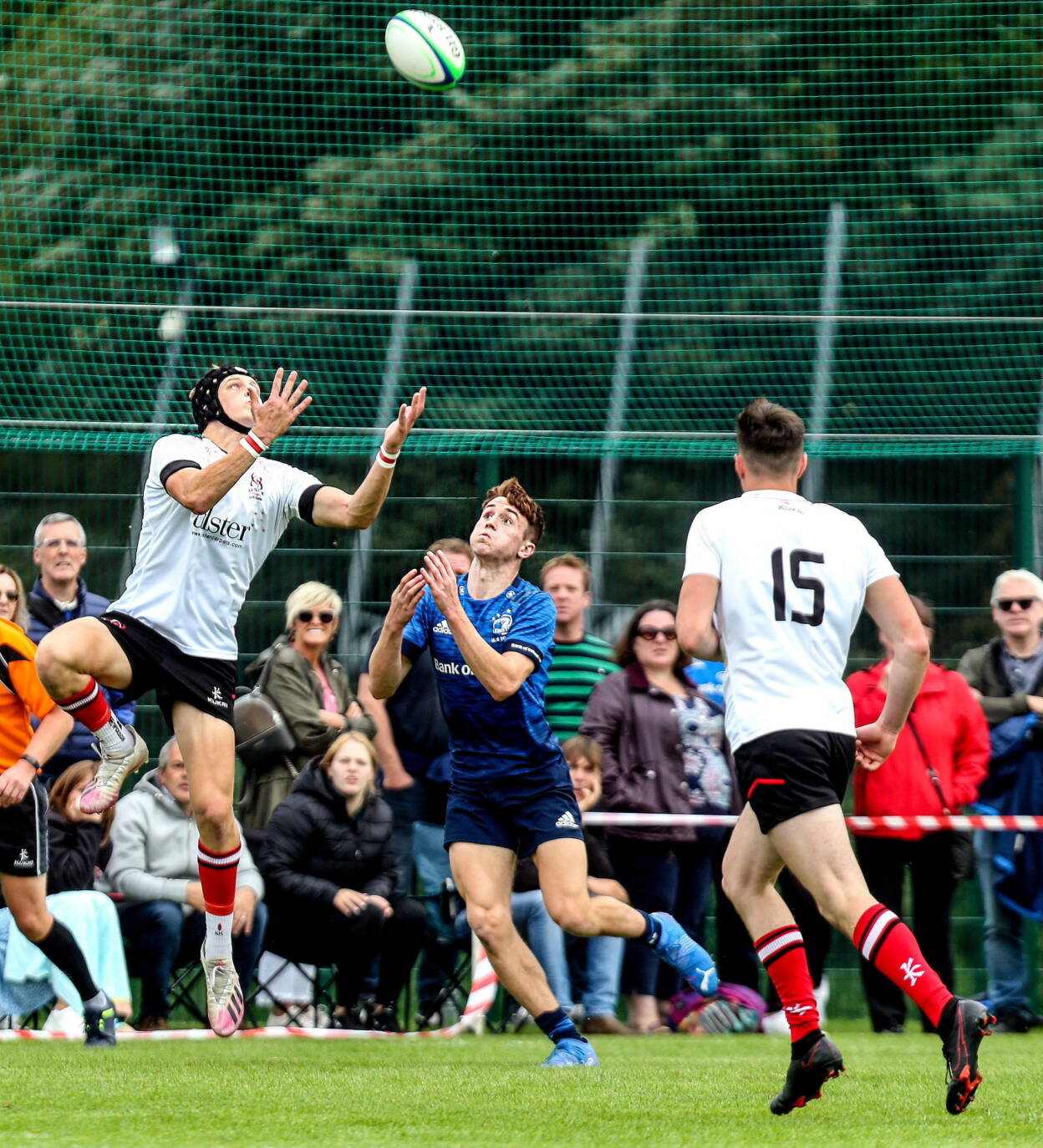 Just when they looked poised to strike, Green was bundled into touch and, on the opposite wing, Nathan Ogborne was denied by a try-saving tackle from Andrew Doyle.

Into the second half, Ulster, who had lost the talismanic Gibson to injury, continued to edge the breakdown battle with Green earning a penalty. Yet, an error-strewn spell prevented both sides from building for a score.

The silky Sheridan made 30 metres on another eye-catching burst, before scrum half Doyle was held up over the line. Ulster stormed back with some nice interplay between James McKillop and Mark Lee, who gobbled up 25 metres between them.

Their hard work laid the platform for Hook to slam the ball down by the left corner flag, closing the gap to 14-8. Joseph O’Rawe and Green had worked the ball wide for the Dromore winger to crash over past two defenders. 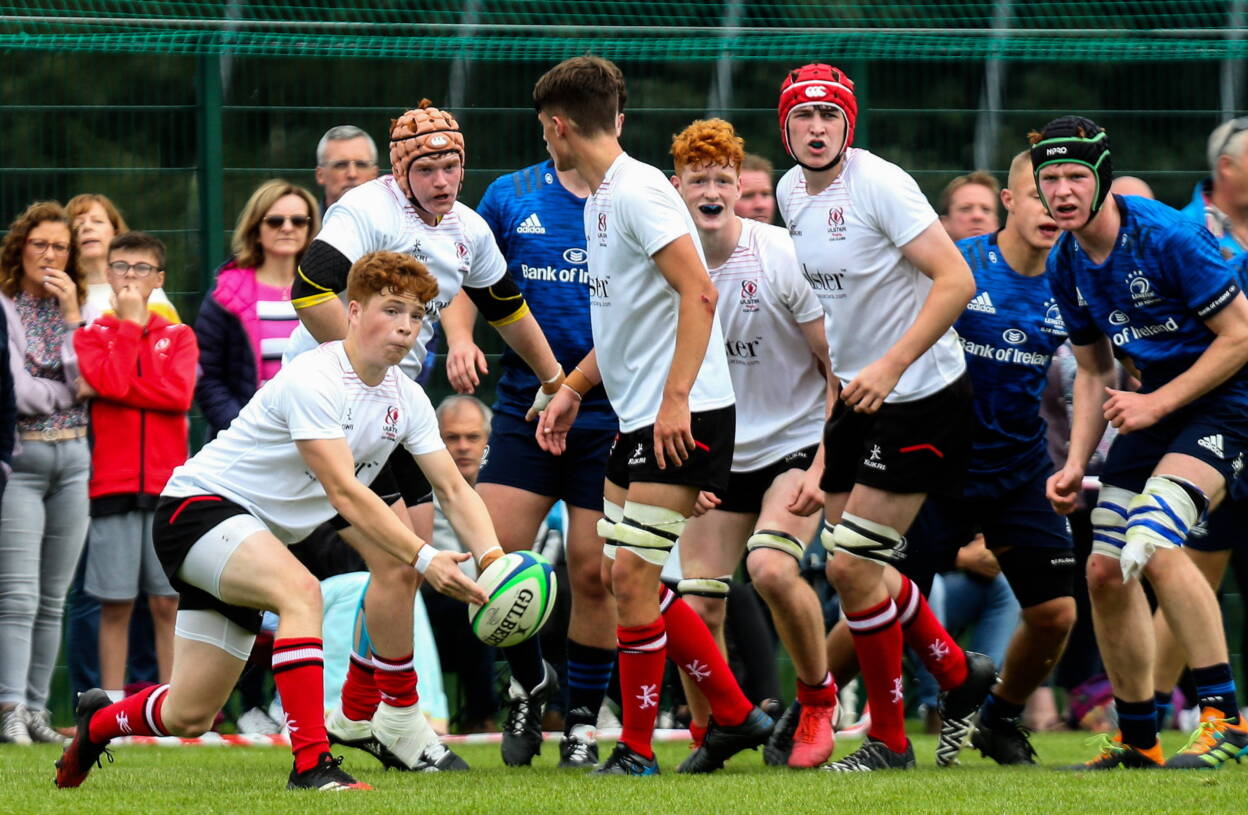 After replacement O’Hawe’s conversion attempt drifted wide, it was nip and tuck until St. Mary’s centre Phelan, fed from a scrum, sliced in under the posts on a slick sidestepping run with Ulster guilty of two missed tackles.

Larke converted and it was his quickly-taken lineout, barely five minutes later, which saw replacement Sean Tipper’s return pass put the Old Wesley out-half over in the left corner for the clinching try. 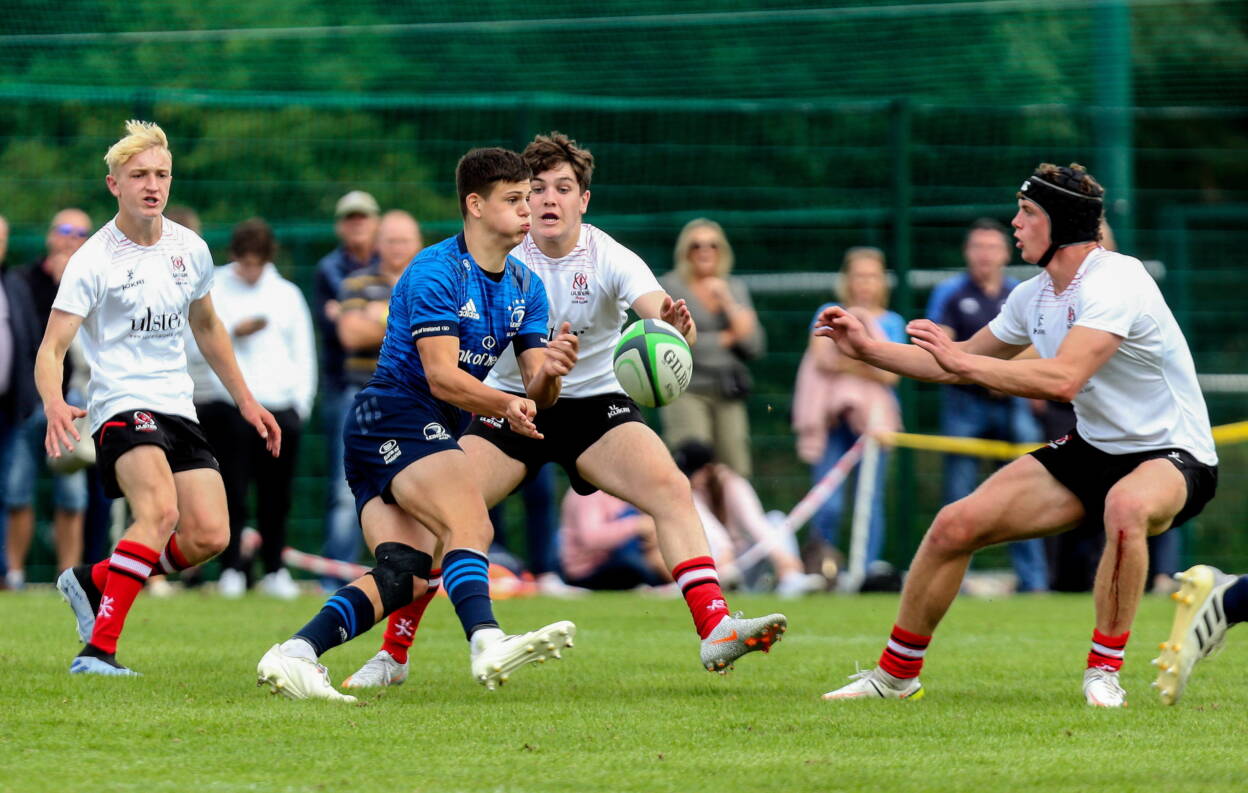