Photo Gallery: Munster March On To Set Up Title Decider

Round 2: Murphy And Roberts Shine As Leinster Enjoy Donnybrook Return

Two excellent early tries from Clodagh O’Halloran, the eventual player-of-the-match, and Ursula Sammon set up a pulsating first half, the sides staying locked level at seven-all.

It took a breakaway score from influential out-half Nicole Cronin to break the deadlock in the 57th minute, and Munster’s talent-packed bench gradually put the result beyond doubt.

Stephanie Nunan sped in at the left corner in the 63rd minute, followed by fellow replacement, Deirbhile Nic a Bhaird, who brilliantly burst through from halfway to bag the bonus point.

Aoife Doyle’s 79th-minute effort – set up by Cronin’s deft kick – was the icing on the cake for Munster, who lead Leinster by a single point ahead of their final round showdown in Donnybrook next Saturday. 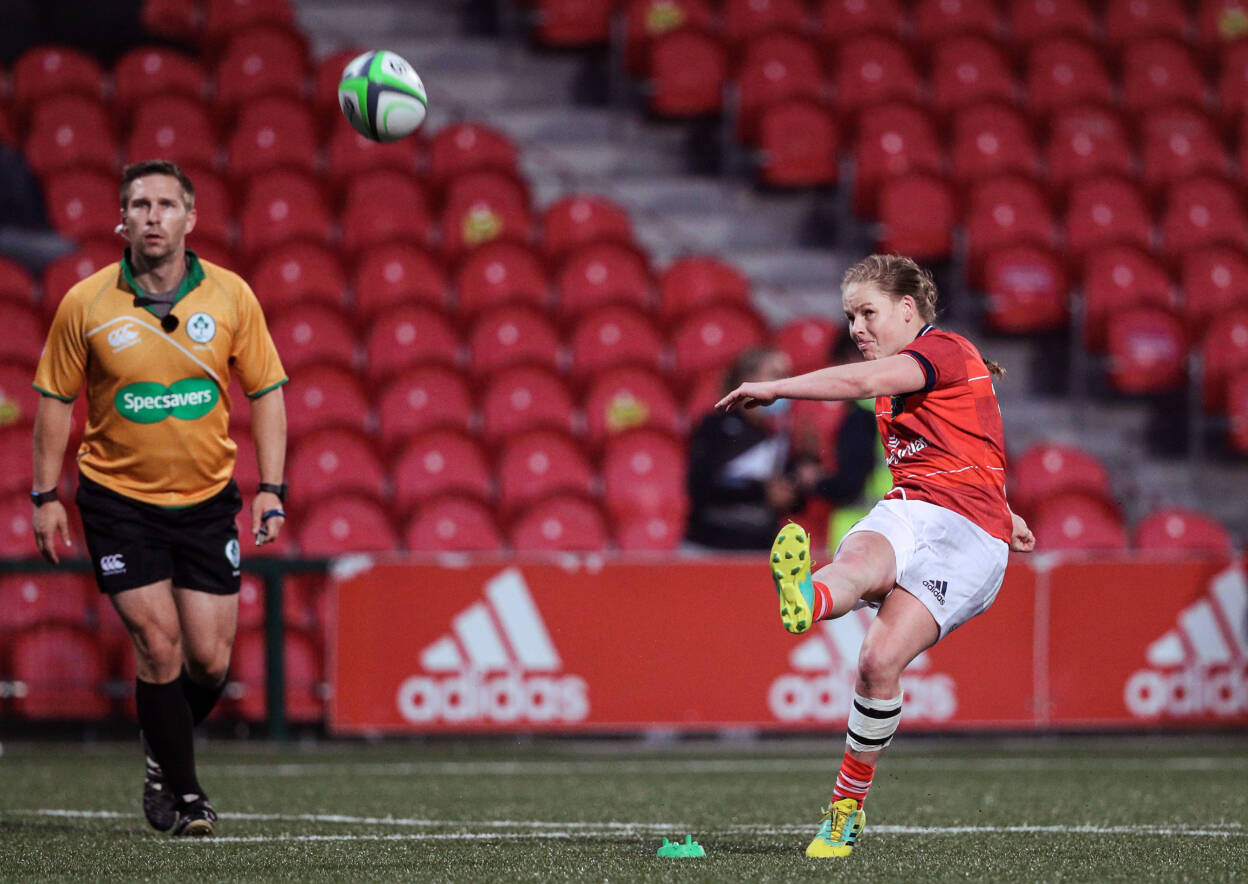 Munster captain Sarah Quin said afterwards: “We made tough work of it, to be honest. It took us a good 50 minutes to get going, but we found that gear.

“We said at half-time that we need to step it up and play our own game, earning the right to go wide and play the game that we want to play. And we eventually got there.

“Obviously, we’ll look at Leinster’s game but we’ll look at our own performance first. We’ve a lot to work on, especially the breakdown.

“As I said, we made it hard work for ourselves so there’s a lot that we need to work on. Probably the breakdown more than anything else.”

Rachel Allen’s inviting third-minute pass put O’Halloran in between two defenders and she had the pace to cut outside Connacht full-back Nicole Carroll and make the line. Cronin converted from the right. 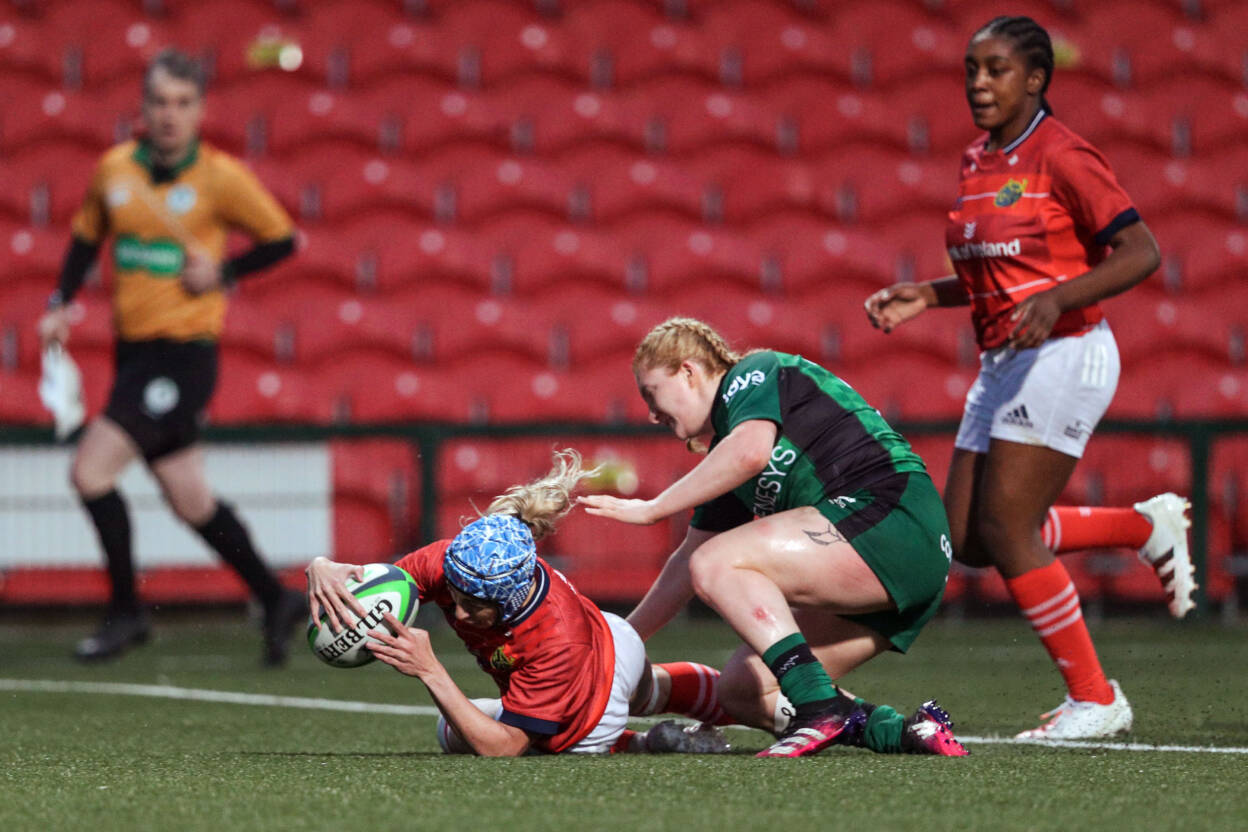 However, Cronin went too high when tackling Sammon just a few minutes later. The Connacht winger built up enough momentum from the edge of the Munster 22 to charge in behind the posts, Nicole Fowley levelling from the tee. 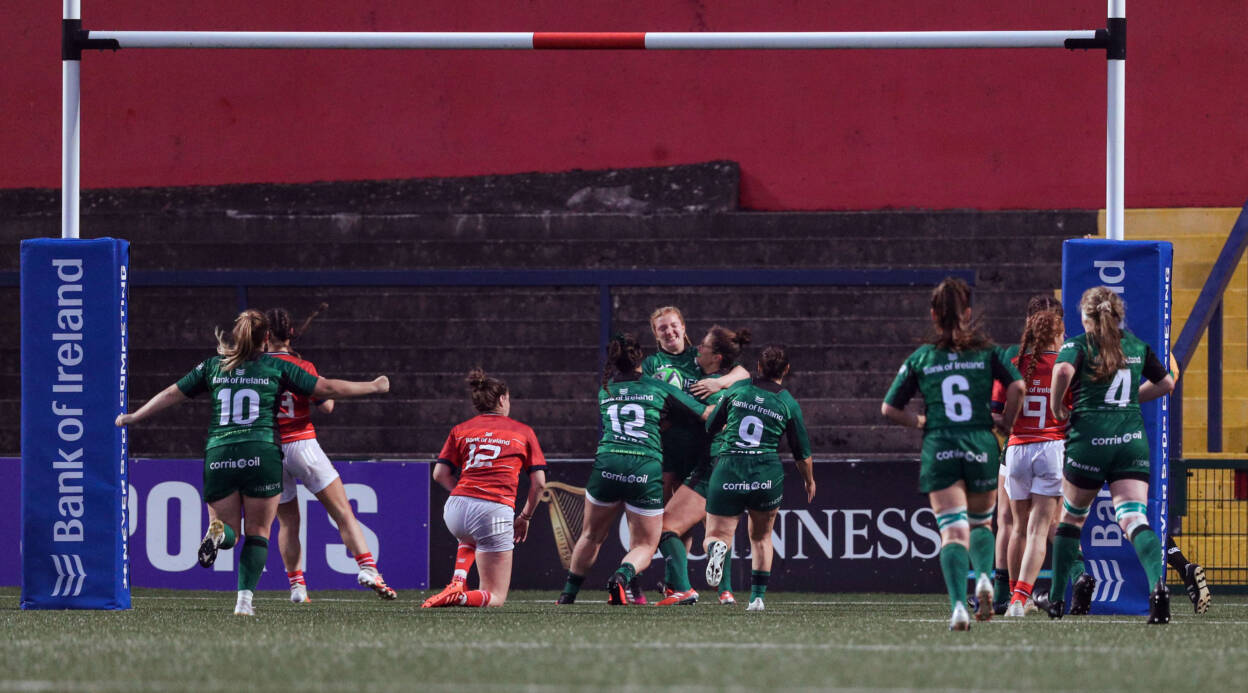 The game was quickly turning into a real dogfight, Munster defending well out wide before Maeve Óg O’Leary provided an attacking platform for the hosts via a well-won turnover penalty.

Connacht displayed superb defence of their own, twice holding up Munster attacks with forwards Meadbh Scally and Shannon Heapes doing the donkey work to force turnovers.

Ennis youngster Chisom Ugwueru recovered from giving away a penalty to catch Orla Dixon with a crucial tackle, as Connacht pressed for a try on the back of good work by Fowley and hooker Moya Griffin.

Cronin and Chloe Pearse, two key figures for Munster, both recovered from knocks, before Connacht number 8 Kate Feehan’s 32nd-minute sin-binning for a high tackle on O’Leary appeared to give the home side the edge. 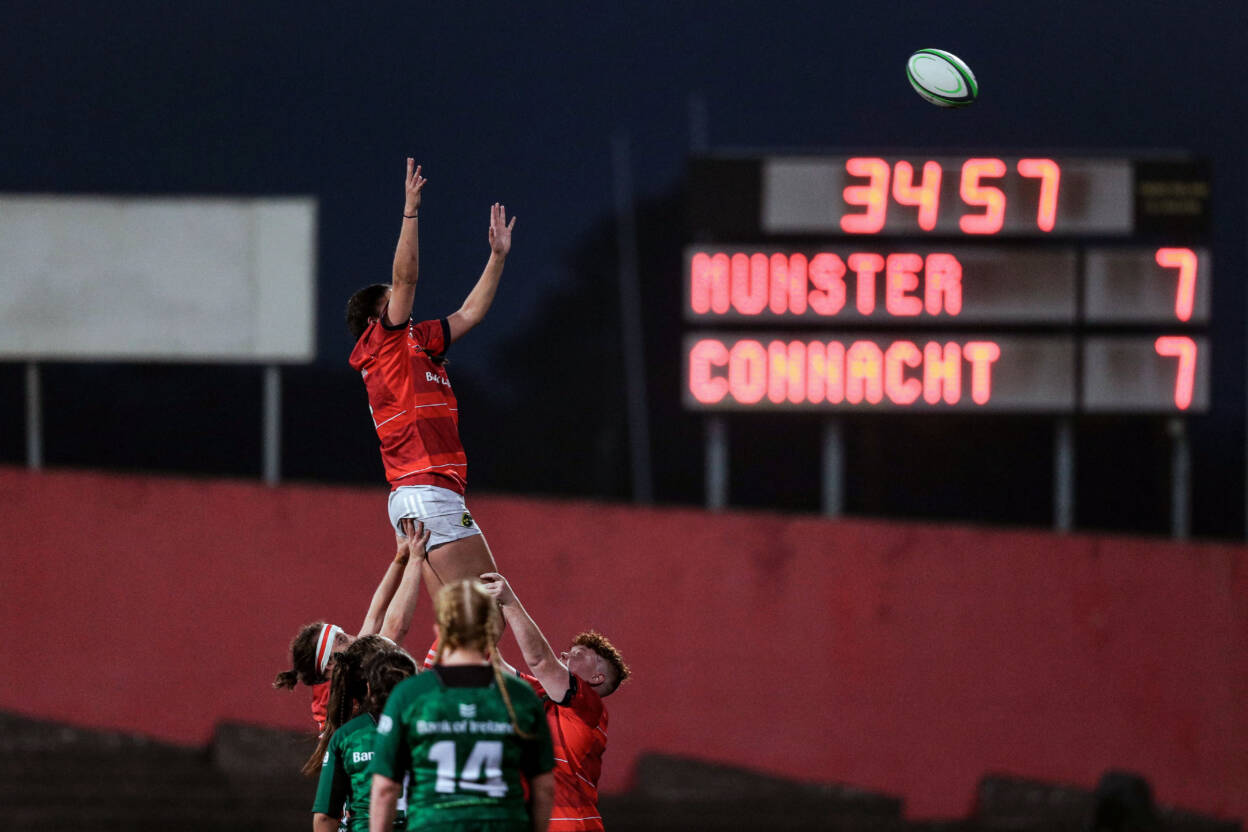 Turning around with the wind at their backs, Munster had to show patience as the conditions worsened at the start of the second period. The experienced Doyle and Anna Caplice were quickly involved, fresh from the bench.

Connacht survived some intense pressure near their own line, Quin going close for Munster before some crucial defensive reads from the returning Feehan and the visitors’ midfield axis.

It was around the hour mark that Munster made their move. The wily Cronin pinched possession from Connacht replacement Elizabeth McNicholas and scampered clear from halfway for a terrific solo try, which she converted herself.

Connacht were resilient as Munster came hunting for more. Siobhan McCarthy produced a barnstorming run, but Dixon responded with a try-saving tackle and Griffin won a turnover penalty.

Nonetheless, the space continued to open up and Munster had the pace to take advantage of it. Gathering O’Halloran’s bouncing pass, Nunan slipped past Sammon near the left touchline to make it 19-7. 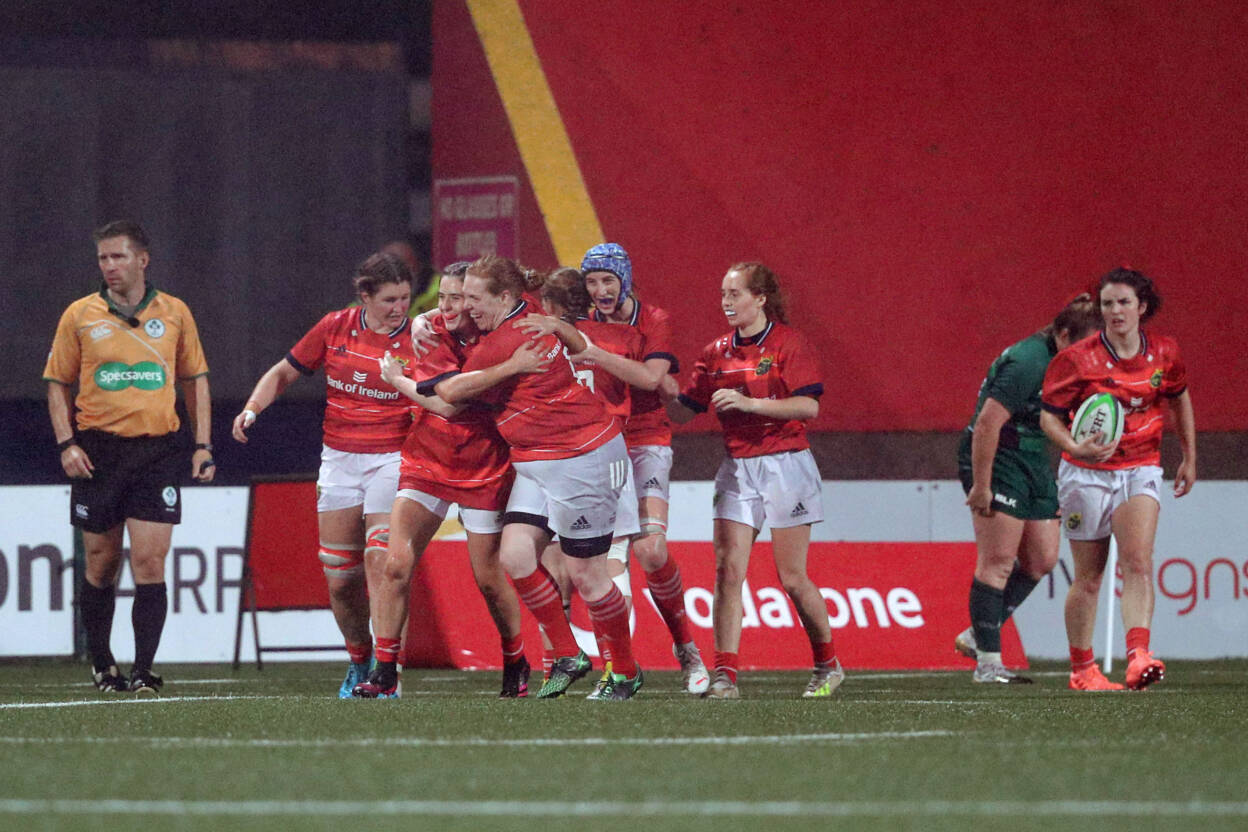 It got even better for the Reds when Nic a Bhaird showed her Sevens international class. Charging out of her own half, she sidestepped around Dixon and showed a clean pair of heels to Carroll, raiding in behind the posts for Cronin to convert.

Connacht had noticeably tired but battled on, and it was a cruel blow for them to concede a fifth try. Despite being off balance, Cronin slid a dangerous kick through and Doyle got the grounding, ahead of Megan Walsh.