The Connacht U-18 Clubs team survived some serious late pressure from Munster to win 13-10 and claim third place in the PwC Interprovincial Championship.

Round 3: Leinster Are Crowned U-18 Clubs Interpro Champions

The crucial score came from Corrib’s John Hughes, whose late try was converted by Ryan Roache. The teams had been level at three-all at half-time.

The early stages of the first half were dominated by Munster, who had suffered narrow defeats to Leinster and Ulster, but they could not make the breakthrough up to the water break.

Craig Riordan missed a penalty kick, while Conor Galvin’s Connacht side cleared their lines after Munster had pressed for a pushover score in the corner.

The hosts, who lost 24-17 to Leinster last week, were being penned back in their own half, but they held out until 29 minutes when Munster opened the scoring.

Goal-kicking winger Riordan was successful on this occasion with a well-struck penalty. Connacht rallied just before the interval and were rewarded on the scoreboard from the last kick of the half. 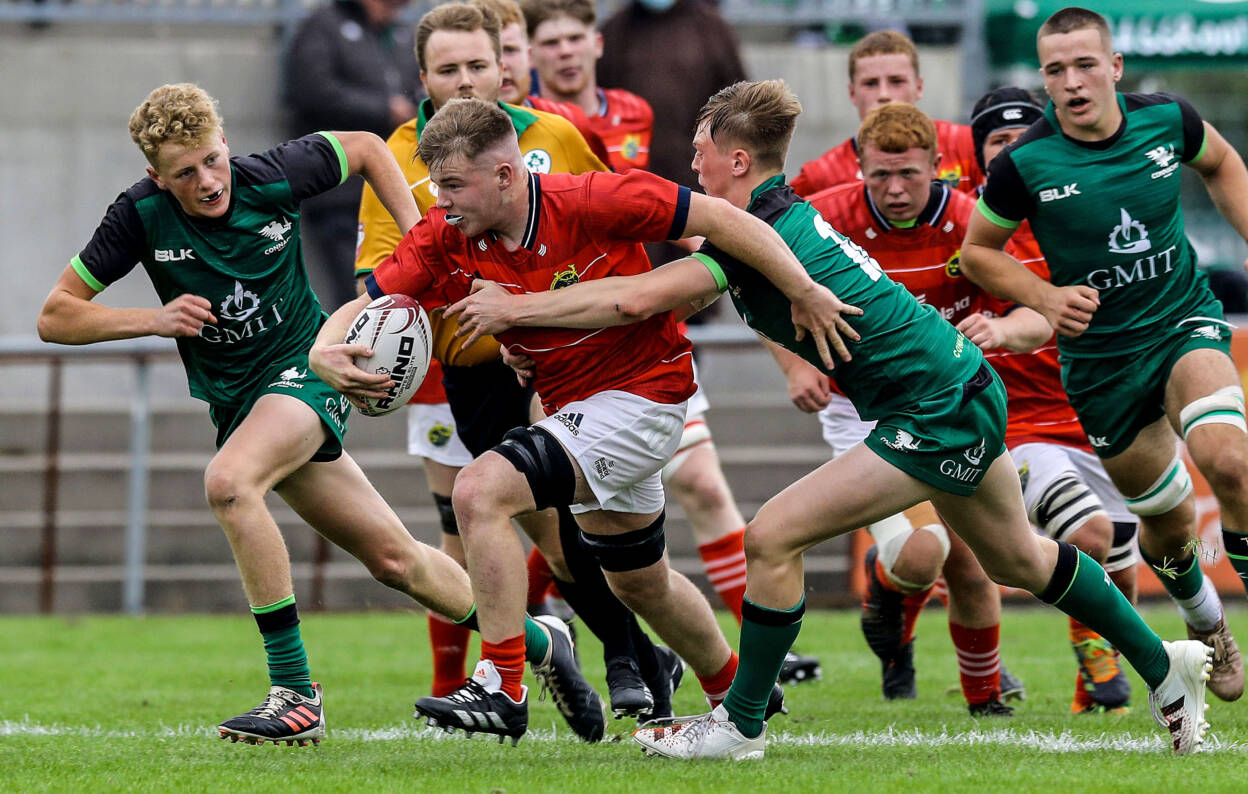 A lineout saw Connacht finally put Munster under pressure and the ball was worked out to the right. Munster were penalised and Galwegians’ Roache made no mistake as he slotted over from in front of the posts.

The half-time whistle sounded to see a low-scoring half end level, Munster with lots of possession but a gritty Connacht hanging on to head into the second period in good spirits.

The closing half resumed in similar fashion with the Noel O’Meara-coached Munster team on top, yet Connacht had an early chance to take the lead.

Flanker Max Flynn played a captain’s role as he went on a run deep into the opposition half – only to be halted before he could cross the whitewash. 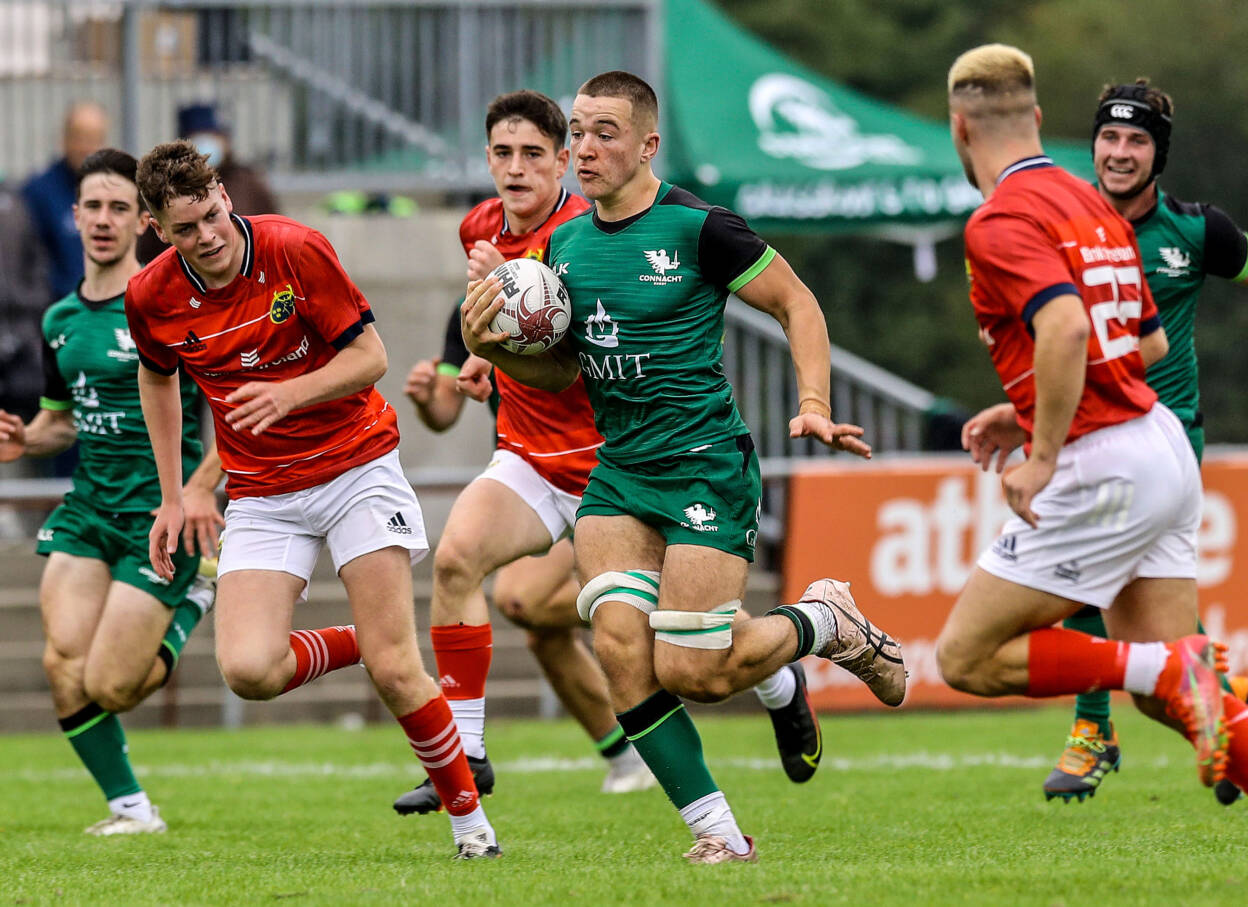 Connacht were certainly looking much improved, and they were rewarded with the lead score after 55 minutes. Roache, from in front of the posts, sent over a second successful penalty.

Their lead was short-lived, though, as Munster hit back just a minute later. A wayward pass was intercepted by Lukas Hagermark, and with Connacht suddenly exposed, the Cork Constitution youngster race clear to touch down.

Riordan added the extras, leaving Munster 10-6 ahead at the water break. However, there was a shock in store for the visitors as Connacht conjured up a decisive 69th-minute try.

The ball was worked along the line and replacement prop Hughes completed the move when scoring under the posts. Roache tagged on a straightforward conversion.

Munster then passed up two chances to level matters when close to the line. Penalties were awarded but they opted to go for the corner instead.

It was a ploy that failed to pay off as Munster could not drive over the line. When they were penalised, Roache kicked the ball dead to confirm a hard-fought maiden victory for Galvin’s side.