Four years on from having his tour cut short through injury, Robbie Henshaw is back to his best form this season to earn his first British & Irish Lions Test cap against South Africa.

ON GETTING HIS OPPORTUNITY IN THE FIRST TEST:

It feels great. I suppose I spoke (before) about the last Lions tour in 2017 being a massive learning for me personally, and I took a lot from it.

I’ve used it as a springboard to get it here, so yeah, it’s a great feeling being involved in the starting Test team.

It’s where you want to be as a player. Very exciting times for everyone. Obviously making the team is huge, but then you need to go out and back it up and perform.

There’s huge pressure and expectation on us to get the win. We’ve worked well during the week in training, we have the preparation done.

It’s about being mentally ready and emotionally ready for what’s to come. Everyone’s excited for the challenge ahead.

ON HIS EMOTIONS WHERE HEARING THAT HE WOULD START:

Obviously there’s nerves and then not knowing what was going to happen. Personally I wasn’t sure, with the quality of players here. Anyone could take the jersey.

It was a great feeling hearing my name. Just really looking forward to the challenge. It’s been a great tour to date. It’s building up nicely.

ON PLAYING IN THE CENTRE WITH ELLIOT DALY:

It’s a really exciting partnership with Elliot. His game knowledge and attacking skill-set are second to none in the game, he’s a top class player.

His defensive reads are also quality. I’ve only played with him probably twice or three times, throughout the last couple of tours.

It’s great to be partnered up with him. He’s a quality player. We roomed together in 2017 and played a bit together.

We do have a bit of craic together off the pitch and he’s a great lad. It’s building, it’s building nicely. 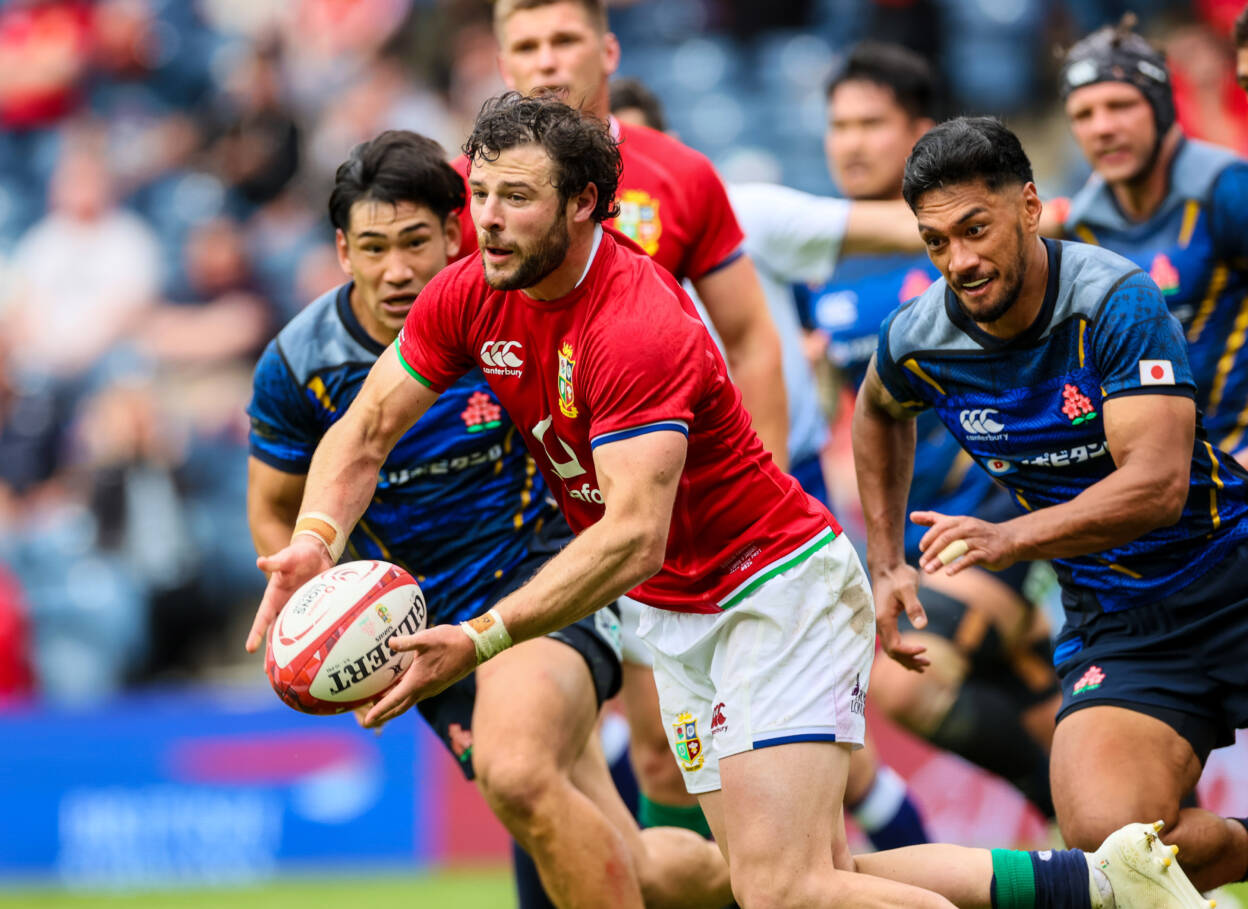 ON THE INTENSITY AND PHYSICALITY OF TRAINING:

We probably need that full buy-in from the full squad. It’s huge. To bring that intensity early on in the week, it really gets us ready for what’s to come on Saturday.

We did have a tough blowout on Monday and Tuesday, and hopefully that will have us primed and ready to rock on Saturday.

ON WHAT HE EXPECTS FROM THE SPRINGBOKS:

It’s going to be a huge test for us. I think they’re going to ramp up the intensity further.

They’ve got an extra game under their belts and they’ll probably be better again from what we saw when we played them a few weeks ago, the South Africa ‘A’ team.

They’ll be well up for it and there’ll be huge intensity to the game.

We’ve done a lot of contact work, we’ve had a lot of games down here against tough opposition and big men. There’ll be a big kicking battle as well, and big men running at us up front.

ON GETTING THE TEST SERIES UNDERWAY:

It feels great. It’s been a while, with Covid, etc. People not knowing what was on the horizon, whether it would happen or not.

It’s great to be finally here and to have everyone behind the scenes, management and people managing things just to get it over the line.

Everyone on tour and behind the scenes have put a lot of work to make this happen, so thank you to them.

ON GETTING BACK FIT AFTER HIS RECENT HAMSTRING INJURY:

I wasn’t too concerned. I knew from previous history with hamstrings that it wasn’t major. After a few days I was back up running and doing a lot of movement on it, so it was only very minor.

Thankfully that was okay. It was good to get the game in last week (against the Stormers) and to get a couple of weeks of training under the belt as well. So, all good.

ON PLAYING 12 OR 13 AGAINST SOUTH AFRICA:

I wouldn’t say there’s too much difference. It’s going to be a physical challenge wherever you play.
Both centres for the Springboks are very experienced and very physical.

So, I think we’ve a big challenge on our hands and one we’re really looking forward to. I’ve played Damian (de Allende) about five times already this year! Just within the PRO14.

It’s solely Lions versus South Africa tomorrow, it’s going to be a huge test. Obviously I’ll have a chat after with him as always – he’s a great player and a great guy.

ON GETTING TO THE STAGE OF WINNING A LIONS TEST CAP:

It’s huge for me, particularly following on from four years ago when my tour was ended prematurely (through injury).

It was definitely a big goal for me to try and achieve a starting spot. It’s great that the hard work put in on and off the pitch for the last four years has helped me get to this point.

I just need to go out and enjoy it, play my regular game, and hopefully be on the winning side. It’s a great moment for my family back home and all the messages of support have been great as well. 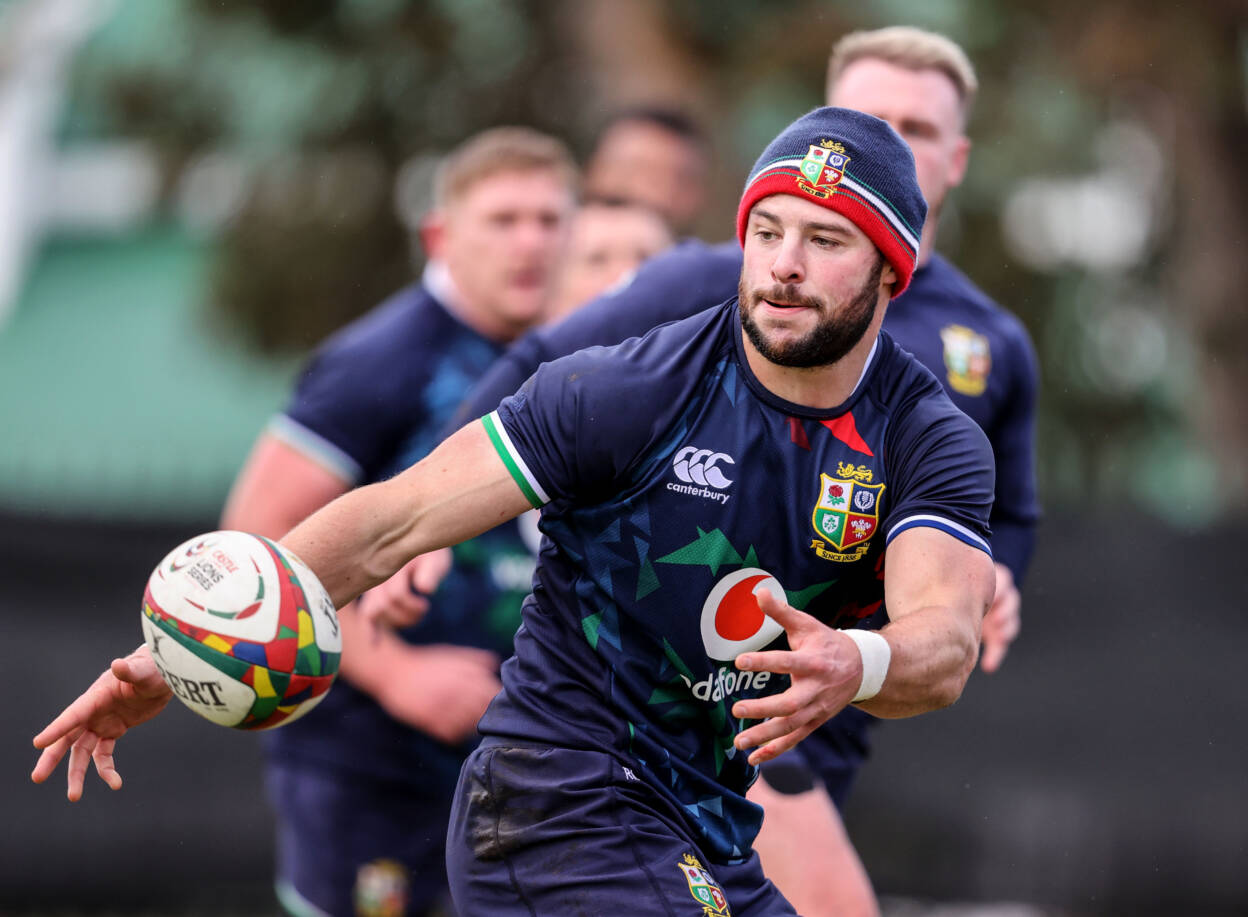 ON HIS IMPRESSIVE SEASON LEADING INTO THE LIONS TOUR:

It’s a great year, considering what’s went on. Coming in here, I just need to be myself and keep that momentum going.

I really enjoyed the Japan game, it was a real test. Then obviously a small bit of a setback (with the injury), but good to be back on my feet the last week, getting to play and get the minutes in.

Hopefully bounce into Saturday now. It’s going to be a tough battle up front, the battle of the gain-line will be huge as well.

We’ll have to dominate the gain-line in the centre and get good go-forward ball for the lads.

He’s been great. I’ve been asking him to give me a hand wherever he can, just in training. He trained the house down on Tuesday and was unbelievable.

Just bringing that physicality that we’re going to expect from the Springboks.

ON HIS FAMILY AND FRIENDS WATCHING ON FROM HOME:

I think there’s a gathering in Buccaneers Rugby Club. I think they have an outdoor set-up out the back.

There’s a good set-up there for all the (Lions) games, so everyone’s looking forward to that.