Tadhg Furlong made the number 3 jersey his own during the 2017 Test series. Now, facing the might of World champions South Africa, he remains a key cog for the British & Irish Lions.

The 28-year-old tighthead spoke to the media ahead of Saturday’s first Test in Cape Town.

ON THE BATTLE UP FRONT WITH SOUTH AFRICA:

It’s a huge challenge for us. It’s so ingrained in their DNA, that kind of scrum dominance, the maul dominance.

It’s a huge, huge challenge for the forward pack and the subs that get to play.

It’s one of the great things about playing a Test series in South Africa. The lads are hugely up for it. Who wouldn’t be?

He brings presence. He hasn’t spoken a massive amount, but he has played so many games of rugby, over 150 Test caps.

He’s been around the game a long time, it’s his fourth Lions tour. He knows what it’s about, and his presence around the place has been a huge lift.

It’s some story to be fair to him, to do what he’s after doing (coming back from a dislocated shoulder). Fair dinkum to him. 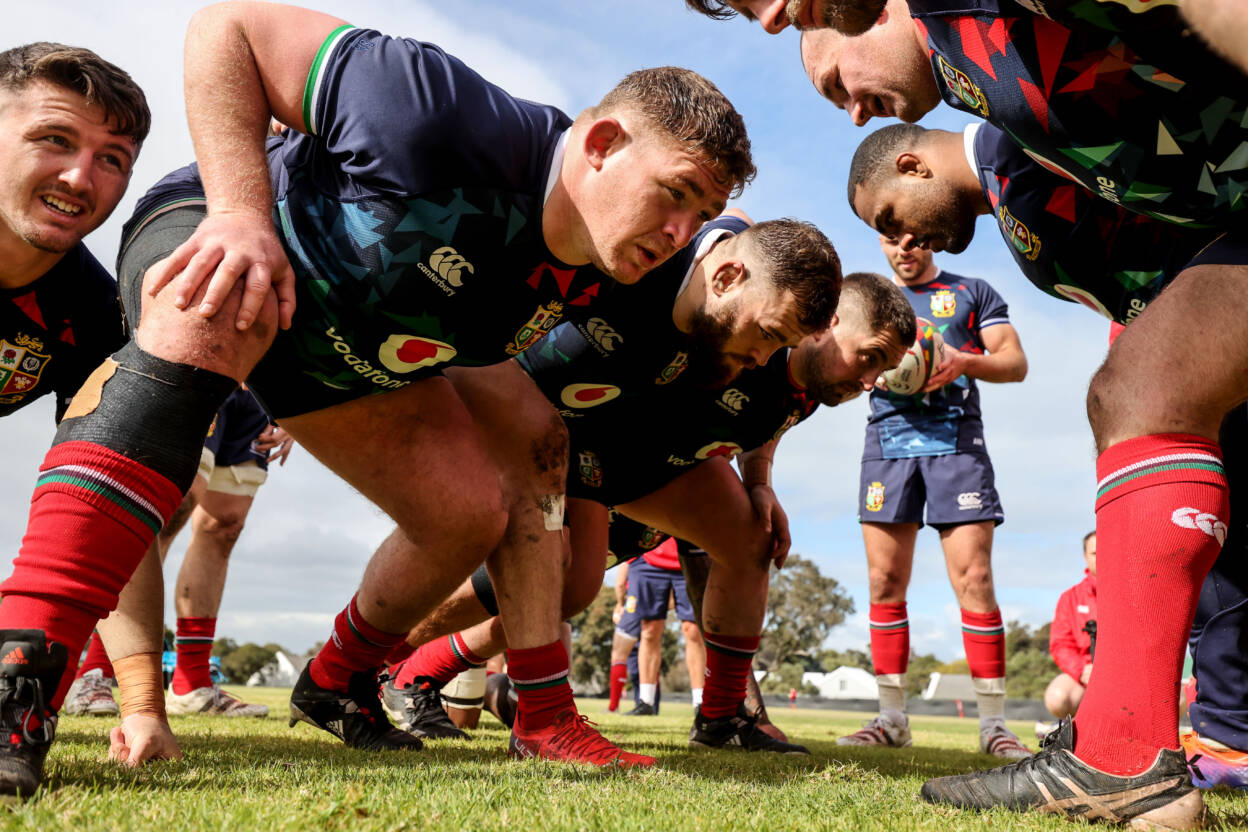 ON SCRUMMAGING SO FAR DURING THE TOUR:

You’re coming up against a passionate crew that take pride in their work and their art at scrum time.

Yes, we’re not playing the Springboks, we’re playing the provincial teams or franchises. But they still take massive pride in their scrum and they’re still big men.

As I said, it’s trying to get on the same page very, very quickly and getting the feel of the scrum right really, would be a big thing for me. Because it does take time to create a bit of partnership.

ON THE SPRINGBOKS’ FRONT ROW:

You look at their squad, I know they had a few issues with Covid or self-isolation there. But you have the bones of a World Cup-winning front row.

We all know what they did at the World Cup (in 2019). They’ve some players that haven’t played against us in the ‘A’ game that will be coming back in.

ON THE BUILD-UP TO THE FIRST TEST:

It’s a Test match, we’re back to a full week’s prep which feels a lot more normal to all the players here.

We’ve just gotten on with our work. When it was time to switch off and enjoy each other’s company, we’ve done that too.

It’s ‘big boy’ rugby (this week), it’s top-end rugby. As a front five, it’s a very good barometer of where we’re at.

It’s on a big stage and you can feel it around the place. You can feel that it’s a big week and it has a lot of importance on it.

I think as rugby players, people generally rise to those occasions. Just that internal ‘want’ to win and do well.

ON PARTS OF HIS GAME HE’S WORKED ON:

I remember during lockdown there, there were a lot of Lions games on (television) and a lot of 2017 stuff on.

You kind of look back and think, ‘I’m not doing a whole lot in the game’. Working hard, yes, you’re kick-chasing, and working hard on the inside in defence.

But there’s a not whole much more going on other than set piece and trying to hit rucks hard. I’d like to think I’ve added a bit more to my game there.

I’m certainly not where I can be with some aspects of my game. But that’s part of being a rugby player, you’re always trying to push it on, drive on and get that little bit better. 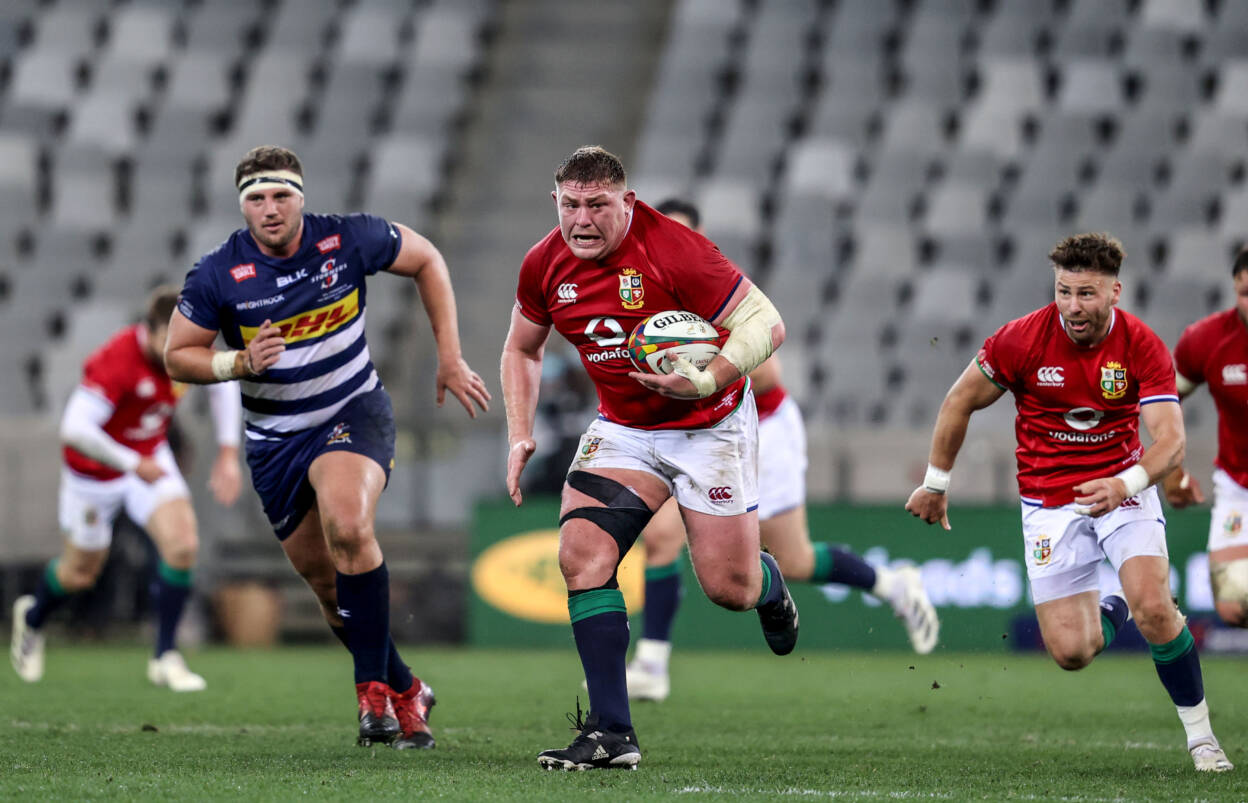 ON WHAT IT MEANS TO BE PLAYING IN THE FIRST TEST:

I’ve been through a rough enough year with injury. I suppose there’s always a light at the end of the tunnel.

Why are you doing it? You’re doing it to try go on a Lions tour and try to do something special as a group of players. That means a lot.

ON HIS IMPROVEMENTS SINCE HIS FIRST START FOR IRELAND AGAINST SOUTH AFRICA IN 2016:

At that point you’re probably a deer in the headlights a small bit, in terms of Test rugby and what it meant. I was probably fairly green.

I suppose you obviously mature a lot as well as a person since then. I’d like to think I’ve developed a good bit since then.

ON HIS ‘SCRUM & BASS’ DJ SIDELINE WITH TOM CURRY:

Tom Curry found decks. They brought a lot of stuff over here for us just to keep us entertained, obviously with the hotel and that.

So Tom found decks and decided he wanted to be a DJ. I was just like look, ‘let’s have a go’. Bit of craic, try to learn a new skill or what have you.

It went terribly! And then we found out Josh Navidi – or ‘Navicii’ as we’re calling him – he actually is a DJ. He does a bit of DJing in clubs.

So we tried to learn a little bit off him. We’ve done a coffee morning, heavily helped by ‘Navicii’. And that’s about it.

We’re terrible. I wouldn’t be trying to sell any tickets anytime soon!