Jack Conan will pack down at the base of the scrum for the British & Irish Lions’ first Test against South Africa on Saturday. We hear from the Wicklow man about what it means to wear the number 8 jersey for the Lions.

ON BEING NAMED IN THE TEAM:

It was absolutely fantastic to hear my name being called out. it’s one of those things, I think everyone just naturally doubts themselves.

It was an anxious time on Monday when he (Warren Gatland) was announcing the team, for everyone, and obviously myself included. Hearing my name being read out was surreal and something I’ll never forget.

ON THE PRESSURE TO HOLD ONTO THE STARTING JERSEY:

It’s all about just putting in the performance now – kind of backing up what I’ve done the last few weeks, and making the most of the opportunity that the coaches have given me.

That’s been my mindset since the outset of the tour, to just grab every chance I’ve been given. I’ve been very fortunate that they’ve given us a massive opportunity at the weekend.

ON COMING BACK FROM INJURY:

I’ve come back a different player the last few months, after that injury, after kind of a few injuries. When I got back in, I’ve just been kind of taking it day by day and game by game.

I’ve been enjoying it more and I think it’s paid dividends. It shows in my performances that I’ve been playing better than I ever have been before. I’m very fortunate to be in the position I’m in.

There’s been a lot of ups and downs (the last two years). The road to here hasn’t always been easy but it’s definitely been worth it.

Obviously I had a bad (fractured foot) injury in 2019 at the World Cup and didn’t get to lay down the marker that I would have liked to in that campaign.

I didn’t get the chance to play until late August 2020 because of the pandemic and everything else. It was a bit of a disrupted route back into the game, and even since then I’ve had a few knocks and niggles and setbacks.

Thankfully the last few months, and hopefully the next few weeks will go all injury free and will help me play some good rugby.

ON WHAT WARREN GATLAND EXPECTS OF HIM:

I had a quick word on Tuesday morning. He just said, ‘don’t go into yourself, keep on doing what you’ve been doing, enjoy it, stay calm, stay relaxed’. And that’s kind of been my mindset the last while, the last few months, every time I’ve gotten an opportunity to play.

Just kind of stay in the moment and stay calm. To back myself. And even if I do go out and make a mistake, that these things happen and it’s just about getting on with the game.

It was nice to have those words echoed by ‘Gats’ earlier on in the week. 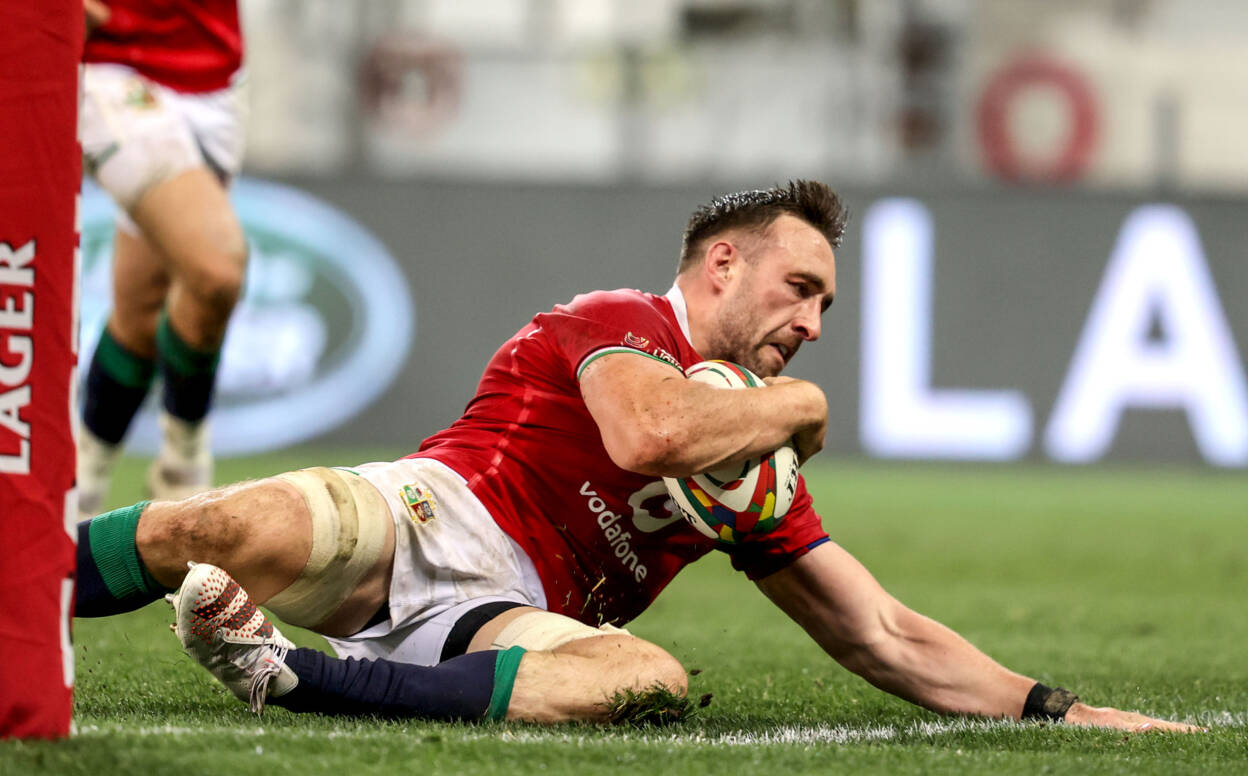 ON PLAYING WITH COURTNEY LAWES AND TOM CURRY IN THE BACK ROW:

We’ve bonded well as a back row. Not just myself and the two lads, but everyone who plays in a similar position. We’re out there helping each other every day to get better.

The South African lads have obviously played a good bit more together, but I don’t think that’s something that we’ll worry about or that it’s going to detract from our game.

Tom and Courtney have gone fantastically well in the few games that they’ve played. I’m excited to play with the two of them for the first time as a starting back row. We know what the two lads bring so it’s going to be very exciting.

ON PLAYING SOUTH AFRICA FOR THE FIRST TIME:

I don’t think we’re under any illusions about how difficult it’s going to be in the physicality that they bring. How much they pride themselves on their set piece, maul and scrum, the aerial battles.

It’s just about going toe-to-toe with them and taking that strength away from them. I look forward to it.

ON ALUN WYN JONES’ RECOVERY AND RETURN AS CAPTAIN:

It’s not bad for an old fella, to be fair to him! The way I recover from things, I’d still be in a sling! Fair play to him, it’s a testament to how professional he is and how well he looks after himself.

I think any doubts anyone would have had were quickly put to bed when he came off the bench the other day against the Stormers, and the physical impact that he had straight off the bat.

So there’s no doubt that he’s just going to bring that again on the weekend. He’s a man that leads from the front – both with his actions and his words – so I think everyone’s excited to see what he brings.

ON THE BELIEF WITHIN THE LIONS CAMP:

The belief is high, the mood is great. Everyone’s in great form and I think everyone’s massively enjoyed the last few weeks. Enjoyed the company that we bring to each other.

It’s obviously a strange old time, but to be fair to everyone, there hasn’t been a single person that’s moaned or complained about it. Everyone just gets on with their job.

I think everyone’s enjoying the environment and it’s brought the best out in people. And I think that’s going to come to fruition on Saturday.

ON THE SIMILARITIES BETWEEN SOUTH AFRICA AND MUNSTER UNDER RASSIE ERASMUS AND JACQUES NIENABER:

The pragmatic style of rugby that they play is echoed from Munster into South Africa. I think Rassie, and even Johann van Graan who is there (at Munster) at the moment, it’s not too dissimilar the style that they want to play.

Obviously speaking to Murr (Conor Murray) and Tadhg (Beirne) about that style and their mindset is about as good an insight into it all.

We know how important set piece and the aerial battle is going to be. I think that’s the same when you’re playing Munster as playing South Africa as well. 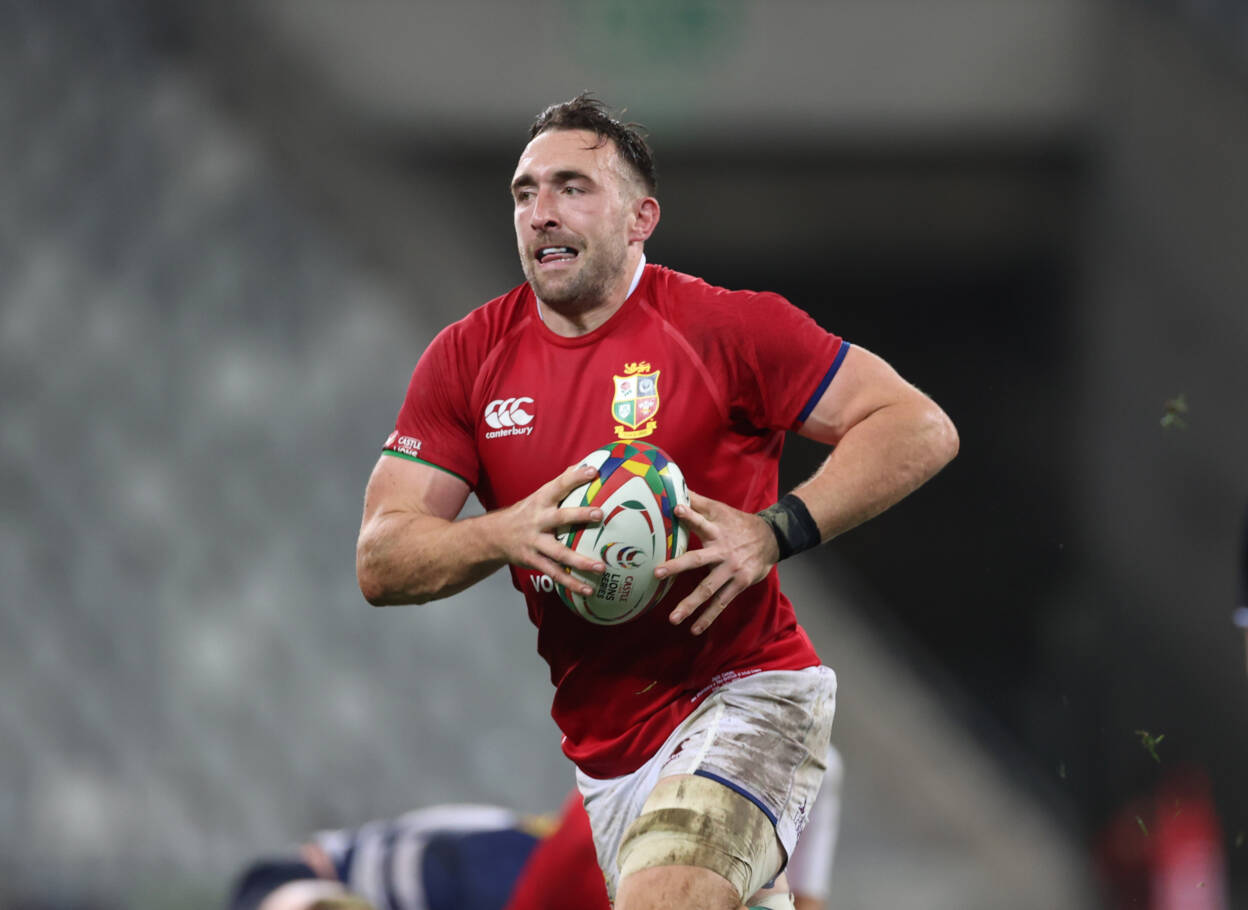 ON SUPPORT FROM FAMILY AND FRIENDS BACK HOME:

I’m actually housing James Lowe and his missus for a few days in my house while, I don’t know whether he’s got kicked out of his house or he’s sold it and waiting to move into his new one!

So he’s staying at my house back in Carrickmines. My missus is going to watch with him and his girlfriend.

And then there’ll be a bit of a party, I imagine, in Bray with my parents and the rest of the family.

By the sounds of it, they have a few people coming over – with Covid protocols and socially distanced!

ON WHO HAS HELPED GET HIM TO PLAYING ‘THE BIGGEST GAME OF HIS LIFE’:

That’s a long old list. Firstly, my missus. To be fair to her, she’s probably had to put up with me in dark times and a lot of low moments. She’s always there with positive attitude and a smiling face.

She’s stood by me in a lot of tough times over the last three or four years. Between her and my family, obviously my mates.

The physios and all the S&C staff in Leinster have put so much time into me. They’ve had to stay patient, along with myself, with all the setbacks.

They’re the people in my head that I owe the most to. It means a lot to be here now and to look back and see all the hard work that they’ve put in, and how much they’ve helped me and how much I owe it to them.