Commenting on the new-look Ireland squad, Mike Catt said that 'the connection amongst the players has been brilliant' ©INPHO/Ryan Byrne

Assistant coach Mike Catt has urged the Ireland players not to take ‘a backward step’ when the USA come calling to the Aviva Stadium on Saturday night (kick-off 7.15pm).

Following last week’s hard-earned 39-31 victory over Japan, Ireland are now on a winning run of four games since suffering back-to-back defeats to Wales and France in this year’s Guinness Six Nations.

With so many new players in the squad for this window – 11 of the current set-up remain uncapped – the former England international believes it is imperative to continue driving home some key messages between now and Saturday.

Speaking from the IRFU High Performance Centre, Catt said: “I think it is just building on what we did in those first 10 days as a squad. It’s making sure that we don’t take a backward step going into this last game of the season for some of the players.

“It’s making sure we keep building. Make sure that we keep getting the players to understand what international rugby is about. Especially the new faces.

“Let them get a real taste of what it takes to get here, but also stay here. I think that’s one of the crucial things, the lessons that are learnt.

“It’s fantastic to see so many new faces and guys that have deserved a shot throughout the season because they’ve played consistently well.

“From a coaching point of view, it has been great to have a load of new faces in there and get them to understand what it’s all about.”

Given it’s an entirely new environment for so many – and the game-plan implemented differs to what they are used to at their own provinces – the step-up to international rugby can prove to be a steep learning curve.

Nonetheless, Catt has been impressed by the application of the uncapped players in camp for the two-Test Vodafone Summer Series.

It’s not just the step between provincial and international, it’s about the way we want to play or the way we believe that international rugby should be played. Players have had to adapt.

“Especially the new guys that have come in, the younger ones. They’ve had to seriously think about what they need to do to make sure they maintain their ability to stay in this squad.

“I’ve been very, very impressed. Every single player that has come in has been very diligent. They’ve studied really well,  but also the connection amongst the players has been brilliant.

“So many young guys are helping each other. It has been great and there were glimpses of that on the weekend against Japan.

“There was some good stuff that we played. Again, let’s not take a backward step and make sure we’re moving forward as a squad.”

Despite being in the job since the winter of 2019, it was not until the last few weeks that Catt has been able to work closely with Munster out-half Joey Carbery.

This was due to the ankle and wrist injuries that kept Carbery sidelined for over 12 months, before his eventual return to provincial action in February of this year.

While there was an element of rustiness to his comeback international appearance against the Brave Blossoms, Catt is adamant the 25-year-old is on the right path to rediscovering his best form.

“It’s the first time I’ve worked with Joey obviously,” he acknowledged. “For 18 months he has been sitting there, twiddling his thumbs and not getting an opportunity. He has eased his way back in there.

“Like a few players who haven’t played internationally for a while, it does take a little bit of time. I thought him and Jamison Gibson-Park performed well (against Japan).

“They controlled the game quite nicely and again, it’s just the start of Joey’s recovery really in terms of where he’s at.

“We know what he’s capable of doing and it’s just how quickly we can get him up to that speed for him to really go and impress.” 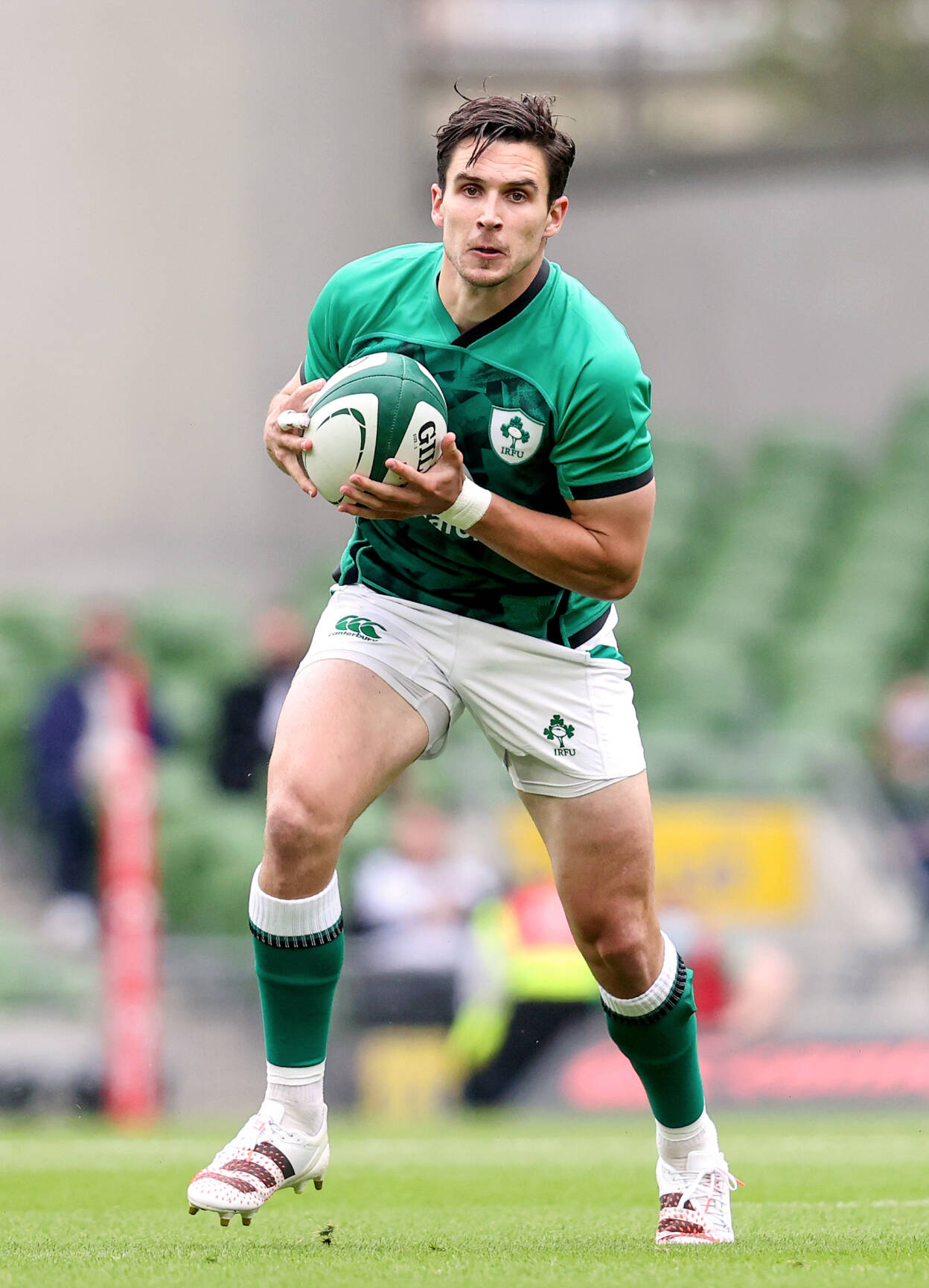 When Catt signed for London Irish as a player back in 2004, Gary Gold was head coach of the Exiles. Fast forward to 2021 and the South African is now in his fourth year at the helm of the USA.

Having played under Gold and kept track of his career since they first linked up, Catt is acutely aware of what to expect at the Aviva Stadium this weekend.

“Knowing Gary where he has come from, from South Africa, he’s always been very physically driven. He’s always had big men at his disposal and it’s no different to some of the Americans too.

“They’ve got some big ball carriers, some good footwork. Guys on the edges are very good with their feet and he’s got a smart 10 in (Luke) Carty.

“There’s a few combinations there that, when they gel, they’re hard to stop. It’s making sure we sort our defence out and stop it.”

The presence of Athlone-born youngster Carty is intriguing as he would have played alongside and against a number of players in this Ireland squad.

The younger brother of senior international Jack, Carty was called up to Ireland Under-20 camp for the latter stages of the 2017 World Rugby U-20 Championship campaign in Georgia. 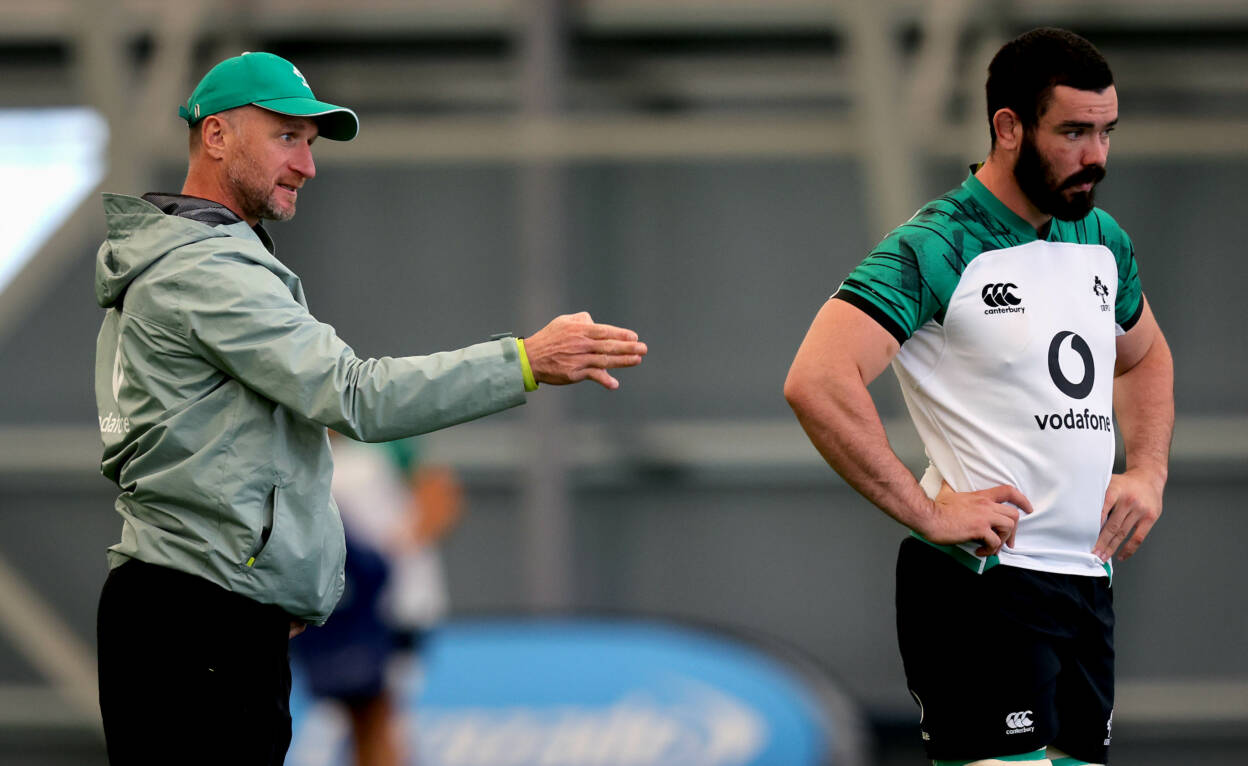 Included in that Ireland U-20 side were the likes of Caelan Doris, Gavin Coombes, Ronan Kelleher, Fineen Wycherley and Paul Boyle. Carty also made 10 appearances for his native Connacht from 2016 to 2018, contributing 22 points in total.

Now plying his trade at the LA Giltinis, the 23-year-old out-half qualifies to represent the US through his New York-born grandmother.

Although Catt has earmarked Carty as a player to watch, he also noted that an inward focus is the best way to counteract what Gold’s charges will offer in Dublin. He added:

The main thing again for us, because there has been limited time together, it’s making sure we’re on point in everything we do.