He may have only had a short run-out in the end, but Craig Casey was delighted to be back in front of a crowd for last week’s Vodafone Summer Series opener against Japan.

As part of a test pilot programme for the safe return of spectators to outdoor sporting events, 3,000 supporters were allowed to attend Ireland’s 39-31 victory over the Brave Blossoms.

Double that figure will pass through the turnstiles on Saturday night when Andy Farrell’s men take on the USA at the same venue in the concluding part of the summer series.

Some of Casey’s nearest and dearest were on hand to see him pick up his second senior cap for Ireland, making it an occasion to cherish.

Speaking today, the 22-year-old scrum half admitted: “It was great. I know there were only 3,000 people in there, but just the roar of a crowd again is so good.

“We were so happy to just have a crowd in again, 3,000 was great. Hopefully with the 6,000 this weekend, and playing in front of my parents (would be great).

“I actually had ten people there (for the Japan game). Somehow they managed to all get tickets. My two rugby-mad cousins, who are seven and five, were there.

“The seven-year-old knew every single player on the pitch on Saturday. So it was great to have him in as well. It’s class to play in front of family and I’m hoping to do so again this weekend.”

Whereas Jamison Gibson-Park was given the nod to start last Saturday, even if it is decided to rest the Leinster half-back for the clash with the Eagles, Casey will still have a fight on his hands for a starting berth.

Despite the absence of his Munster colleague and newly-appointed Lions tour captain Conor Murray, the Limerick youngster finds himself having to hold off the claims of an in-form Connacht star.

We’re obviously in competition with each other but it’s also about trying to push each other on and make each other better players and add to the team as well. He’s settled in well but hoping the competition stays the same as well.”

When it comes to leaving a lasting impression on Farrell and his coaching team, Casey is left in no doubt as to what he needs to do.

The way the Wigan native wants him to play chimes perfectly with the Shannon clubman’s own preferred style, and he hopes this can pay dividends during this international window and beyond.

“Obviously they want all of our scrum halves to be playing fast so that we can play to the space. I think that’s about it really.

“Obviously we’re all brought into camp for specific reasons, we all have our points of difference, but I think it’s about being yourself.

“The coaches are always on to us about just being ourselves, whether that is on the field or off the field. 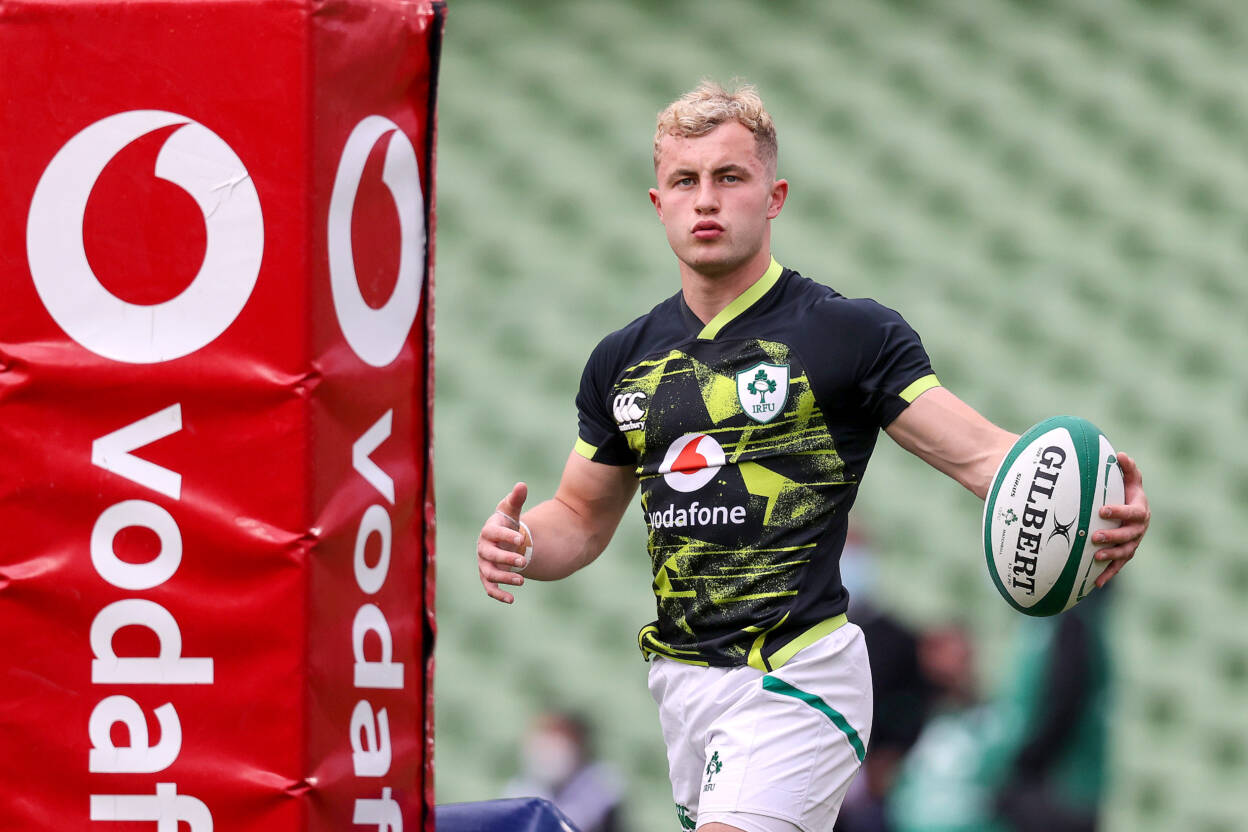 “Obviously being myself, I like to play quick, I like to string out passes, so I think that fits in well with what the coaches want here as well.

“They all want the nines to be playing quick, get our forwards on top of other teams, and play to the space early. So hopefully I can do that.”

Because of what Murray has achieved in his career to date and what he sees behind the scenes on a weekly basis, it is understandable that Casey holds the new Lions skipper in such high esteem.

Still, like most modern day players, he is not shy about looking beyond these shores for inspiration, adding:

There’s three (scrum halves) that I study quite a lot. Aaron Smith obviously is someone that I base my game off, while also bringing stuff that I have into it as well.

“(Antoine) Dupont is ripping up world rugby at the minute so I’ve studied him quite a lot, and then there’s Faf de Klerk.

“I’m a bit of a rugby nerd, so I’ve a few playlists on them. Watching their best clips and then I’d watch them in the week of a game just to get the best practice into my head. Get those things flowing in my head as well.”