Jacob Stockdale is pictured on the attack during Ireland's most recent outing at the Aviva Stadium, against England in March ©INPHO/James Crombie

Despite coming to the end of a mentally taxing season, the return of supporters to the Aviva Stadium is making Jacob Stockdale especially excited for Ireland’s match against Japan tomorrow.

For the first time since February 8 of last year – a second round Six Nations victory over Wales – spectators will pass through the Aviva turnstiles this weekend for the beginning of the two-game Vodafone Summer Series.

A crowd of 3,000 will be present at Irish Rugby HQ as Andy Farrell’s side take on the Japanese (kick-off 1pm), with double that number allowed in to watch the clash with the USA next week.

“I figured it out on the way down, I think it’s 480 days since there have been fans in the Aviva. I’m looking forward to that,” insisted Stockdale.

“It will be nice to be playing in front of fans and friends again. In the current climate, getting any fans in is obviously a massive bonus.

“When you’ve been playing in front of zero people for a year-and-a-half, 3,000 does seem like an awful lot. It’s not quite a packed-out Aviva, but it’s a good start and something that’s very exciting for us.”

Stockdale will line out on the left wing tomorrow for what will be his 35th Test appearance. He has scored 18 tries so far.

He featured in the same position a little under two years ago in Fukuroi where Ireland suffered a 19-12 pool defeat to Japan at the 2019 Rugby World Cup.

Even looking beyond that encounter, the Ulster star can see several reasons to be wary of the challenge that Jamie Joseph’s Brave Blossoms are going to pose.

You can see the strides forward they’re making. Even particularly between that Sunwolves game they played and the Lions game. They looked a lot better, a lot stronger.

“During the World Cup, that was a massively disappointing game for us, but it probably showed us how good Japan can be.

“Which means that going into this game, and obviously training over the last week or two, we’ve had to give them the respect that they rightfully have earned and deserve.” 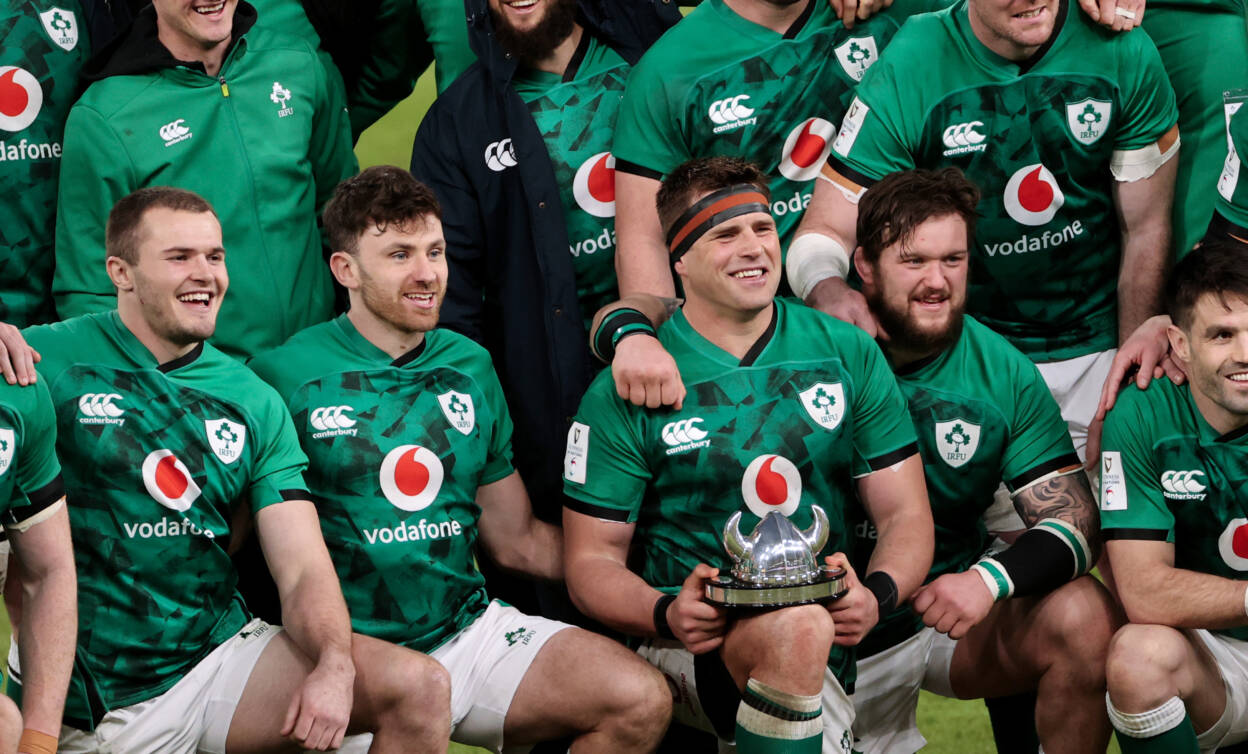 Whereas Stockdale’s debut came against the USA in June 2017, his former Ireland Under-20 team-mate, Hugo Keenan, was forced to wait a bit longer for his chance to impress.

A regular on the Sevens circuit until 2019, the Leinster ace subsequently switched his sole focus to the 15s game and made his bow under Farrell in last October’s rearranged Six Nations game against Italy.

Joining Stockdale and Jordan Larmour in the back-three to face Japan, Keenan will be picking up his 12th consecutive cap tomorrow as he continues to cement his place at full-back.

“Hugo has been brilliant since he came in. From playing Under-20s with him, I always knew how good a player he was,” the Lurgan clubman said of Keenan.

“Probably just hadn’t got the opportunities as early on as a few of us did coming out of that U-20 team. He’s shown his class since.

“His work-rate is first class and his thirst for getting better and being curious – as Faz puts it – has been brilliant. He’s a super player and it’s great to see him getting the opportunities to play, that he hadn’t had for a while.”

As Stockdale alluded to, a number of players from that Ireland U-20 team of 2016, which reached the World Rugby U-20 Championship final in Manchester, included several names that have since graduated to the senior international ranks.

Included amongst this group are James Ryan and Shane Daly, both of whom are listed in the matchday 23 for tomorrow’s series opener. 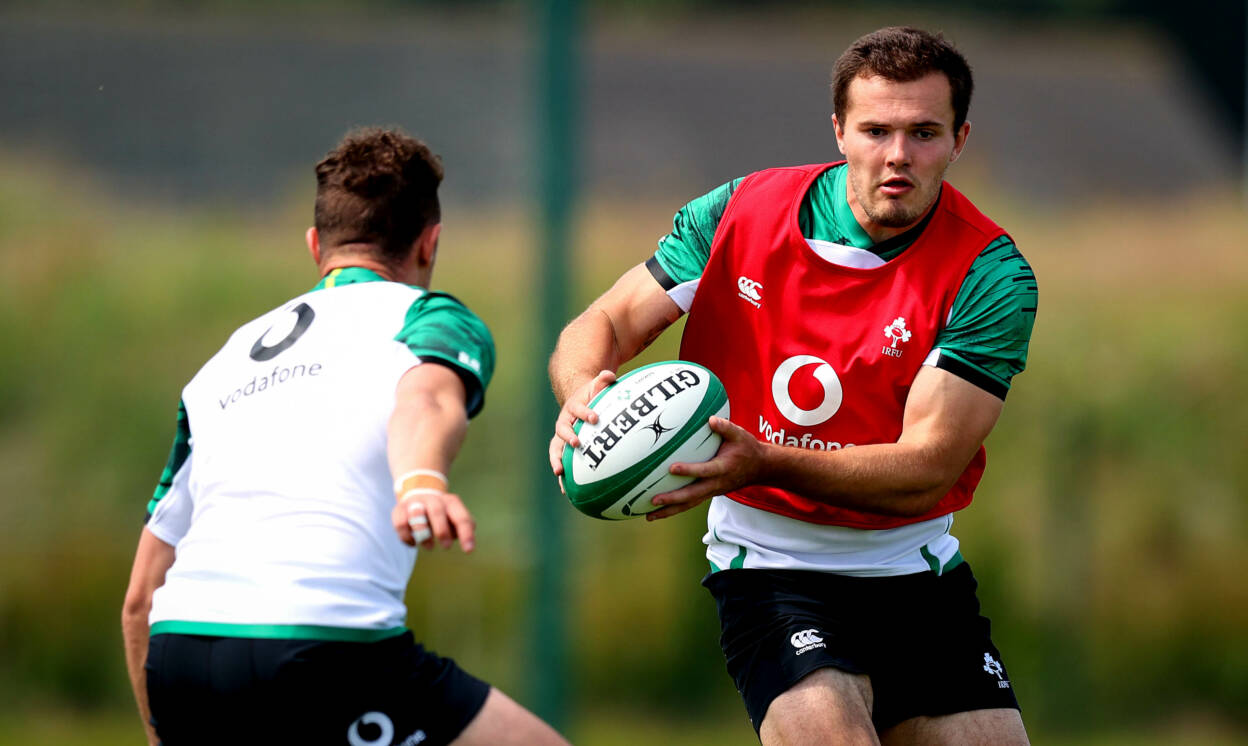 Andrew Porter is another well-established figure from that group and Will Connors, an Ireland senior debutant on the same day as Keenan, missed out on that aforementioned World Championship through injury.

Interestingly, the roles of Stockdale and Keenan were reversed at underage level with the former taking wearing the number 15 shirt and the Dubliner out on the wing. While it was impossible to tell at that point in their development, Stockdale is not surprised that Keenan has proven himself to be such an accomplished full-back.

“I could barely catch a rugby ball at that point! In fairness, a lot of the skills between wing and full-back are obviously very transferrable. Hugo has stepped into that 15 role brilliantly.

“He’s done really, really well. You can see how comfortable he looks at the back there. At U-20s it probably wasn’t something I was looking out for, to be honest.

“It’s obvious that he’s done very well and the skills that he had on the wing at Under-20 level have served him well at full-back.”

Stockdale is one of two Ulster players in the Ireland team to play Japan. Selected alongside his former provincial colleague Chris Farrell in midfield, Stuart McCloskey will make his fifth Test appearance.

The Bangor native is a veteran of 140 senior games with Ulster and Stockdale is thrilled to se him getting another chance to shine – just over seven months after his last appearance for Ireland. He added:

Stu is obviously a fantastic player and he’s in camp regularly. Frustratingly probably for him, tends to miss out with the quality centres that we have.

“Playing with him week in, week out with Ulster, he’s probably the calm head in that back-line. I was going to say old head, but he’s only 28, 29. I’m not sure I’m allowed to say that!

“He’s a super player defensively and he’s definitely a leader. In attack, I think everybody is well aware of the attributes that he has.

“To see him getting another opportunity in a green shirt is great. Hopefully he’ll move well at the weekend.”