Although he is one of 12 uncapped players in Andy Farrell’s squad for the Vodafone Summer Series, being in Ireland camp is not unfamiliar territory for Caolin Blade.

A native of Monivea in Co. Galway, the Connacht scrum half was included for the opening three rounds of the 2019 Guinness Six Nations – Ireland’s final Championship campaign under Joe Schmidt.

It may not have led to his first cap at the time, but Blade is hopeful that the experience will stand to him over the coming weeks.

“I was there for the first five weeks (in 2019). When Kieran Marmion came back fit, he came in and I went back (to Connacht). Looking back on that experience, I’ve had a good bit of time to reflect,” he explained, speaking today at the IRFU High Performance Centre.

“I was brought in because there was quite a few injuries. I was probably a little bit nervous and I don’t know was I as confident as I am now in my game and in my skills.

“Looking back on that and coming into this camp, I think I’m playing a little bit better and for myself, I feel like I deserve to be here. As I reflect back there, it has helped me be more comfortable coming into this environment.

“Instead of being a passenger, I’m trying to impact the squad. Trying to get my style and my personality across.”

Since first signing a full contract with Connacht in January 2015, Blade has made steady progress up the ladder at the Sportsground.

Marmion and previously John Cooney provided the Galwegian with ferocious competition for the number 9 spot out west, but Blade has persevered all the way along.

In the prolonged 2019/20 season, he made 20 appearances in total, including 14 starts. He once again reached that mark in the campaign just gone and also crossed the whitewash on five occasions to bring his provincial try tally up to 23. 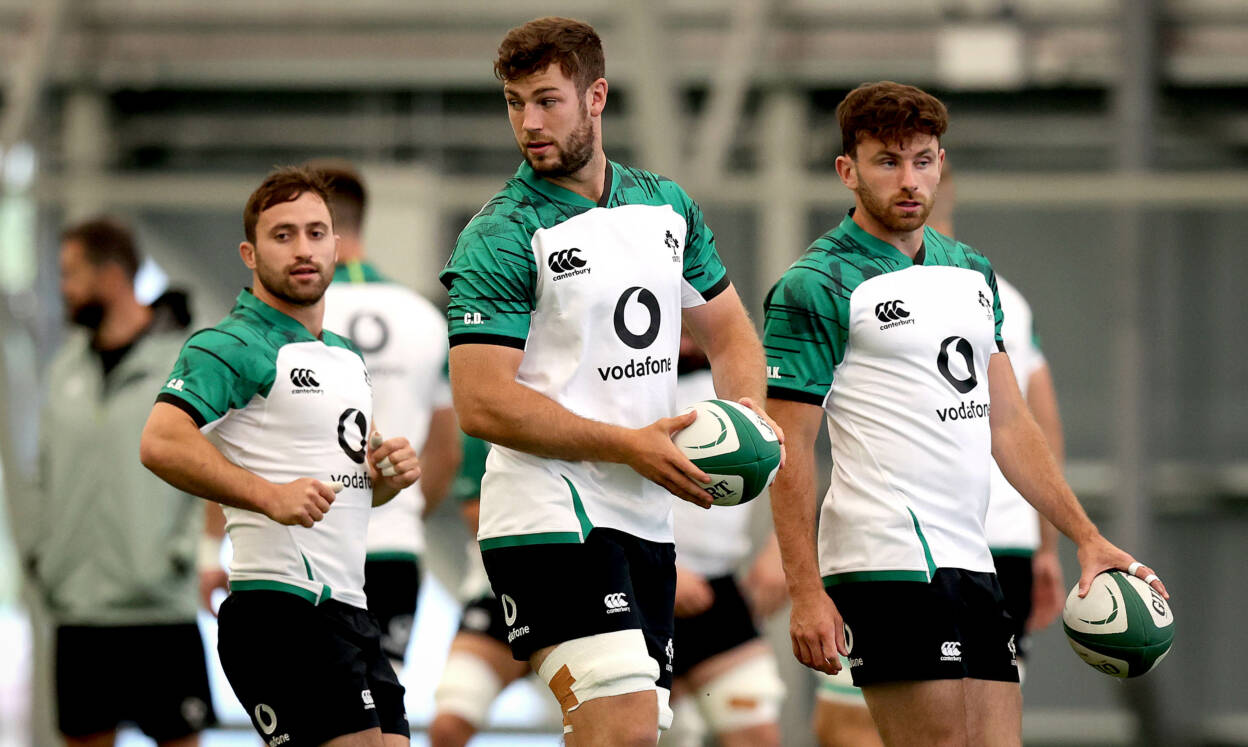 Blade feels his game has developed in the past couple of years, in particular, and is now ready for the step-up to senior international rugby.

I’m just getting minutes and my game is evolving. It has to because rugby is evolving every year. Putting a few games together, you kind of see where your strengths and weaknesses are.

“I’ve worked really hard over the last two to three years on my game and my whole game. Not just my basic skills, but my game management and my game understanding.

“I think I’m at a good place at the moment, but there’s still always room for improvement. Since Andy Friend has come in (to Connacht), he’s given an awful lot of lads confidence.

“Jimmy (Duffy) and Nigel (Carolan) did the same. I think with our game-plan, we clicked a little bit this year. We had highs and lows, but we’ve six lads up here (in the Ireland squad).

“It’s a big statement for a Connacht team. I’m happy with how it’s going and as I get in here to this set-up, I think my game has to evolve and step up that little bit more. The environment is really good. It’s really healthy, it’s really competitive. I’m looking forward to it.”

Like an increasing number of players within the Irish Rugby system, Blade has taken the road less travelled into the provincial and international game.

A keen Gaelic footballer and hurler in his youth – with Monivea-Abbey and Abbeyknockmoy respectively – he spent the early part of his adulthood playing at junior level for Monivea RFC before securing dual status with Galwegians.

While he is quick to play down his own journey into the professional game, Blade still hopes young players coming into the sport can see that there are any number of paths that can be taken towards the highest level of rugby.

“It doesn’t really matter what way you come through or where you come from. If you have the ability or you’re playing well, personally I don’t ever think of that,” acknowledged the 27-year-old.

“I just concentrate on how I can impact the squad. My role in the squad and my skills. If anything, I hope that it gives a lot of young people around Ireland (a realisation) that there are those structures there.

“I come from a junior rugby side (Monivea). If you work hard and stay working, there is that pathway all the way through.” 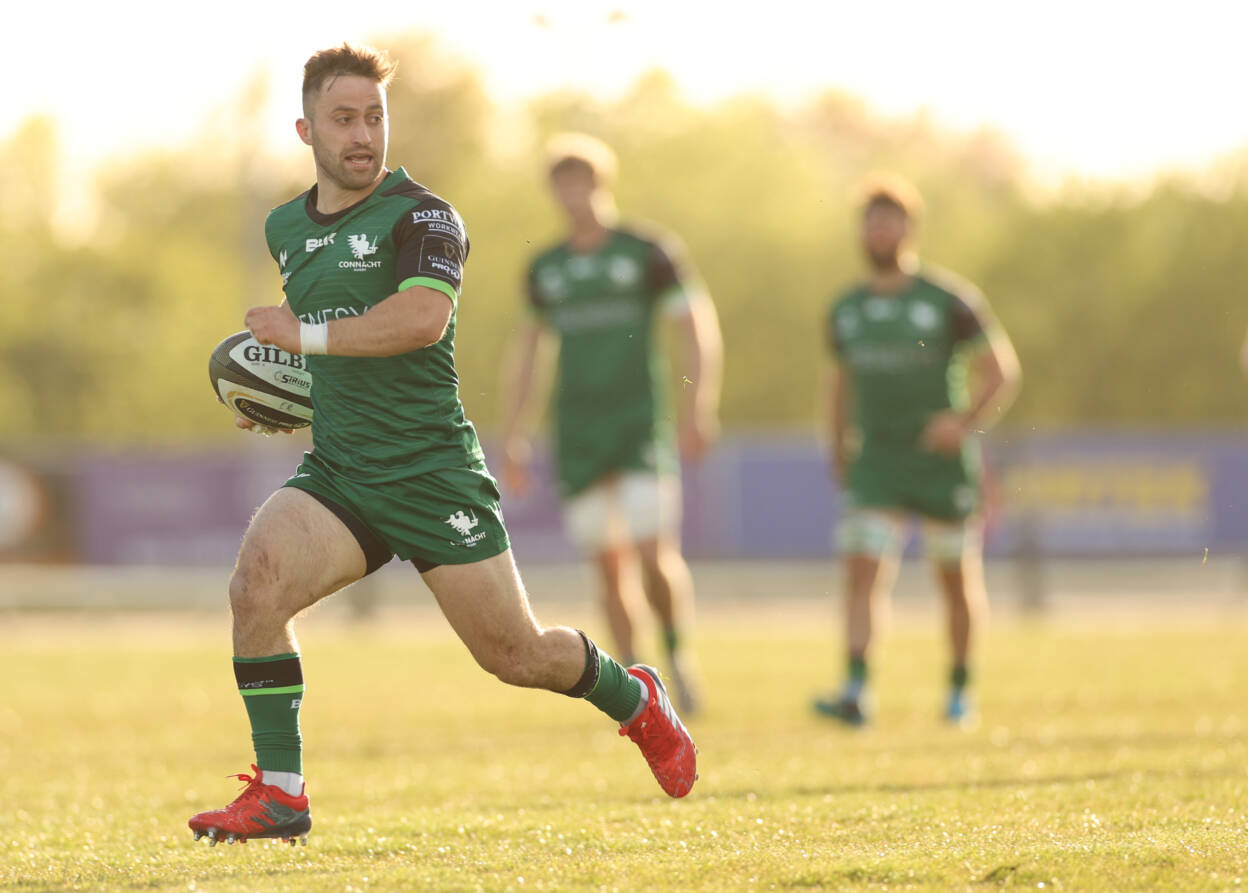 Although he did not feature for the Ireland Under-20s, Blade did spend a couple of years in the Under-18 and Under-19 international ranks.

One of his team-mates in that latter squad was fellow Galway native Sean O’Brien, who later joined him in the Connacht Academy and their senior squad.

O’Brien was unfortunately forced into retirement this week through injury, and Blade paid tribute to the back rower for the mental toughness he displayed throughout his time in the province.

“I actually lived with Sean for a few years back in Galway. I moved out only recently. I think he’s another guy that had to retire way too soon and had such ability.

“I think he’s had such a tough time with injury, but I think it just shows the resilience and the toughness of him that he stuck in there and actually got this far. It’s sad for him to retire.”

Having spent so long playing games behind closed doors, Blade and the rest of the Ireland squad are delighted by the prospect of playing in front of supporters once more for the Vodafone Summer Series.

3,000 spectators are permitted to attend the game against Japan at the Aviva Stadium on Saturday, July 3, while 6,000 will be allowed in to see Ireland face the USA a week later. Blade added:

I think there was a few of us watching the Euros last night and there was 60,000 in a stadium. We were just dreaming, saying we’d absolutely love to be playing in a full stadium.