Ireland will take on the US Eagles at the Allegiant Stadium in Las Vegas on Saturday 30th October 2021. The fixture is in addition to Ireland’s regular November Series of Test matches at the Aviva Stadium in November.

Tickets start from $70 + fees and taxes.

Tickets can be purchased here: https://www.ticketmaster.com/event/17005ACF1BD06533

“It’s thrilling to host an international rugby event of this calibre in Las Vegas, and we can’t wait to welcome the teams and their fans to the Sports Capital of the World,” said Steve Hill, LVCVA CEO and president. “Nothing can match the energy and excitement of game day in Las Vegas.

We’re confident the teams and their fans will find the only-in-Vegas experiences they’ve come to expect, from incredible entertainment and dining to outstanding attractions and outdoor adventure.”

“Following an eventful summer, this fixture is exactly the growth we’re excited to see for our Men’s Eagles, with meaningful test matches at home against top nations,” said Ross Young, CEO of USA Rugby. “Allegiant Stadium is a first-class fan experience, and we’re thrilled to partner on this venue’s first-ever rugby match.”

“Matching up with Ireland for a second time this year, particularly on home soil, gives us a lot to look forward to,” said Gary Gold, USA Men’s Head Coach. “Las Vegas has always put a spotlight on rugby, where we’re excited to follow our Rugby World Cup qualification fixtures on such a big stage.”

The game against the US Eagles on 30th October will be the first ever rugby international fixture to be held at the Allegiant Stadium which is the home of NFL franchise the Las Vegas Raiders.

Ireland have been regular visitors to the US in recent years with matches against the Eagles in 2013 and 2017 and two fixtures in Chicago against New Zealand (2016) and Italy (2017).

Andy Farrell, Ireland Head Coach, commented: “Over the past few years we have had some incredible experiences playing in the US.  We had two very memorable trips to Chicago which included beating the All Blacks at Soldier Field for the first time in our history and our last fixture against the Eagles in New Jersey was another fantastic rugby experience.  We are looking forward to the game in October and to reconnecting with Irish Rugby fans in the US.” 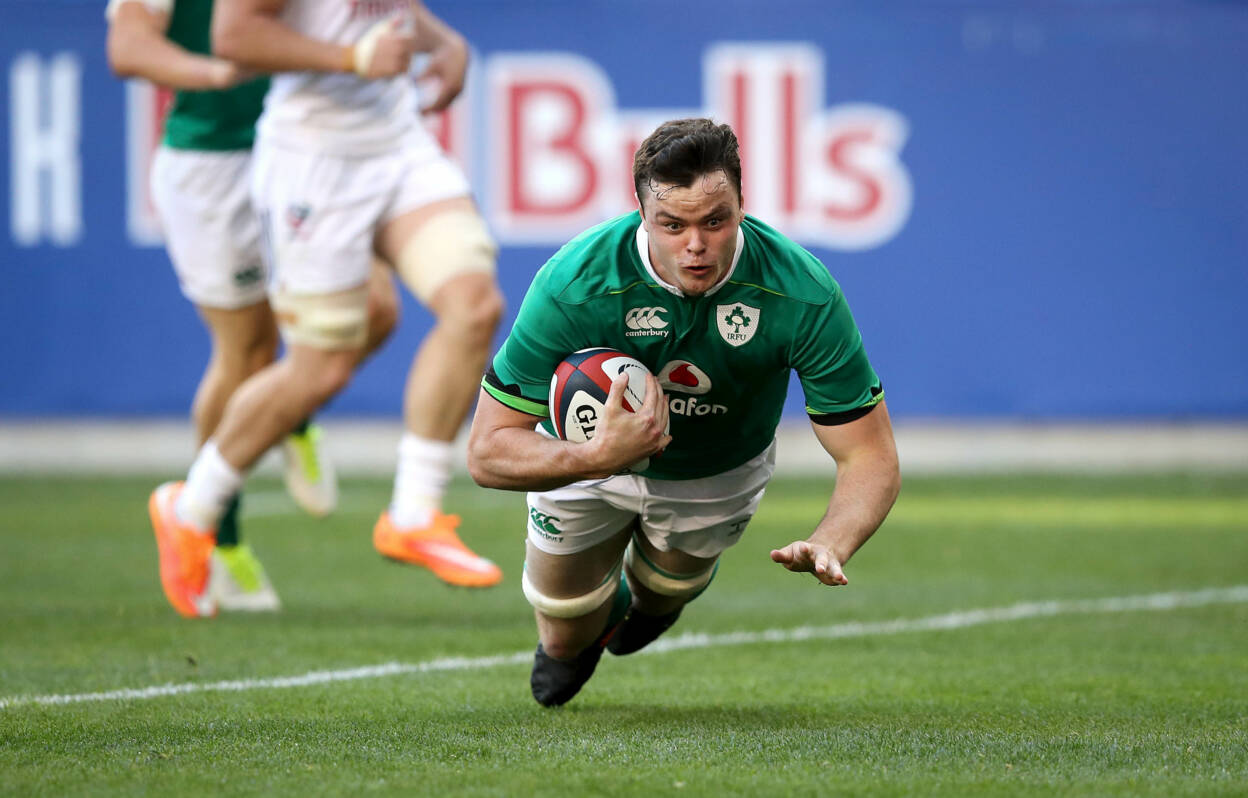 James Ryan, who made his international debut against the US Eagles in New Jersey in 2017 and is Ireland captain for the forthcoming July tests, said: “Anytime we have played in the US we have had tremendous support either travelling from Ireland or Irish Rugby fans based in America.

We have been lucky to experience some great cities and stadia on our recent trips across the Atlantic but Las Vegas will be special and to be the first rugby game to be played at the Allegiant Stadium will just make it an even bigger occasion for players and fans alike.”