It has been a whirlwind few months in the career of Cork man Alex Kendellen.

On March 12 of this year – just nine days after he turned 20 – the back row made his senior competitive debut for Munster in a Guinness PRO14 victory over the Scarlets at Thomond Park in Limerick. Replacing injured blindside flanker Fineen Wycherley with 28 minutes gone on the clock, Kendellen more than held his own – making 10 metres off eight carries as the hosts ultimately claimed a 28-10 triumph.

This was subsequently followed by a call-up to the Ireland Sevens squad for the International 7s tournament at St George’s Park in England last month. He was firmly in the frame for a spot in the Ireland U20s squad at this stage and in addition to being named in Richie Murphy’s 34-strong selection on Thursday, he was also named as captain for the forthcoming U20 Six Nations Championship to be held at Cardiff Arms Park.

Understandably, this is a dream come through for Kendellen, who has previous experience as a team leader from his time at Presentation Brothers College in Cork.

“It’s a huge honour, not just for myself but for my family and support network. My family, my friends. My coaches at home in Munster, my coaches in school. It’s a huge honour for them as well. I’m dying to get over there and just start playing now,” said Kendellen, speaking at a remote press conference yesterday.

Ireland have been preparing rigorously in advance of their competition opener against Scotland on Saturday week (Kick-off 2pm) at the IRFU High Performance Centre in Blanchardstown. Given the lack of competitive action for much of the squad over the past year – and the six-day turnarounds they will encounter for their remaining games in the Championship – it is important for Kendellen and his international compatriots to reach a sufficient level of sharpness ahead of the delayed return of underage fare.

“We just had an amazing hit-out there, training’s been at a very high quality. Everybody is putting their hand up for selection, we know there were only 34 places, which led into that selection. It’s been very intense. I think the best 34 are going over and we’re looking to win this competition,” Kendellen remarked.

“The six-day turnaround is something we’re not really used to so we are going to have to get into it straight away. For myself, I’ve played a similar enough format at 18s, same with a couple of the guys in camp at the moment. Recovery will be extremely key for everybody. It’s what we have to deal with in these situations with COVID and we are all looking forward to it.” 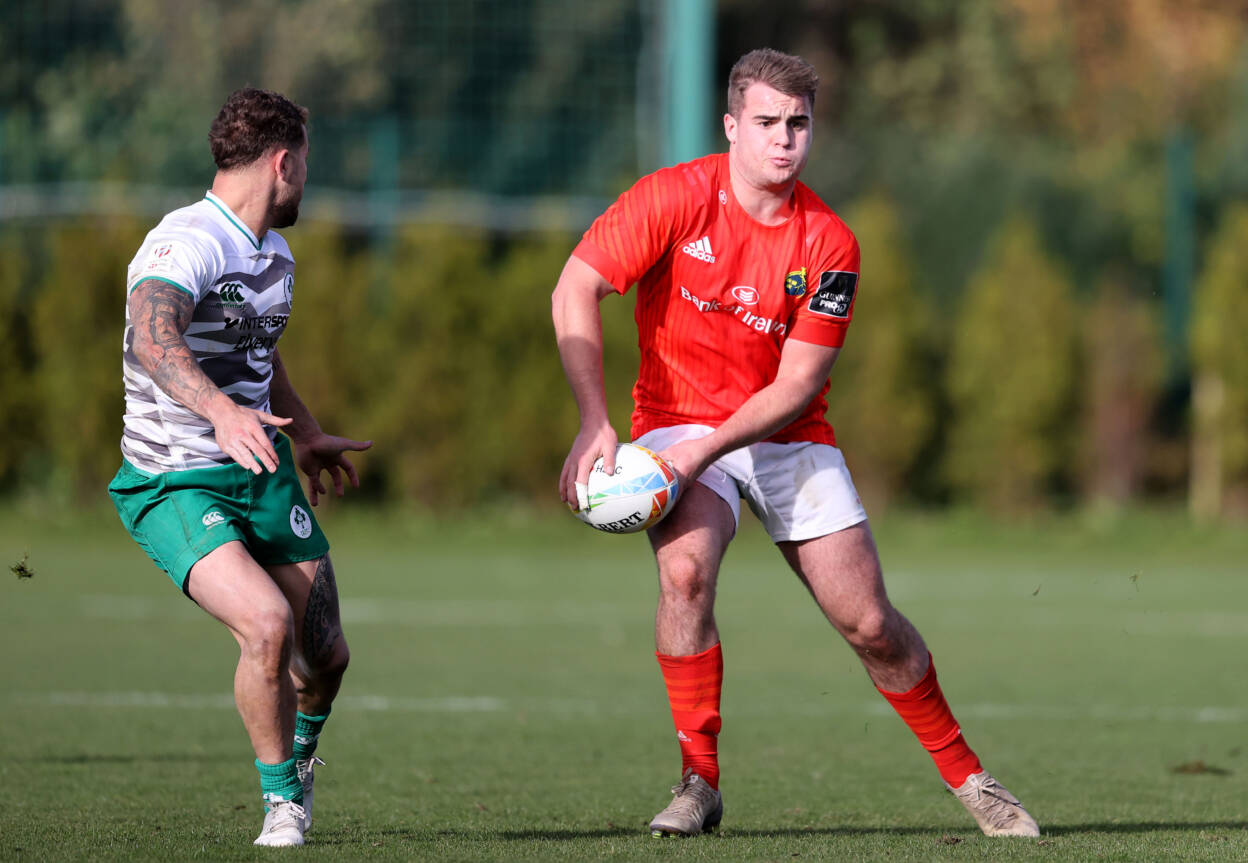 When you consider he was still playing schools rugby up until last year, it is quite impressive that Kendellen already has a professional appearance under his belt. Despite making his debut behind closed doors at Munster HQ, his first-team bow for the southern Province was an occasion to cherish.

When it comes to getting a grasp of what is expected of him in the higher grade, Kendellen has been able to lean on the wisdom of a plethora of stars within the Munster set-up. The soon-to-be retired Billy Holland is one player in particular who has been a guiding force since he first came into the provincial system.

“They’ve been very good to me. I’ve got tips off a few of them, telling me to be myself. As I said, lead by my actions and not so much my words. They’ve seen me growing up in Munster and they know what I can do on the pitch. I chatted to Billy Holland during the week.

“We all know he’s packing it in soon enough. He’s been very good to me and not just the last six weeks but back in Munster for the past year as well. He’s had an arm around me and brought me along,” Kendellen added.