The opening day of the inaugural HPC International 7s produced some thrilling Sevens action, as the Ireland Men’s and Women’s squads went head-to-head with Great Britain at the IRFU High Performance Centre in Dublin.

Following on from their recent contests at the International Rugby 7s tournament in England, Ireland and Great Britain once again exchanged blows over a series of 11 games in the Men’s and Women’s competition on Saturday, with no shortage of quality action, eye-catching tries and late drama produced by all seven sides involved.

With Ireland fielding two Men’s and two Women’s teams, 47 players from National Sevens programme featured across Day 1 on the Sport Ireland Campus, maximising the playing opportunities for all members of the squads following a Covid-disrupted 18 months.

Anthony Eddy’s Ireland Men (1), who are finalising their preparations for the World Rugby Sevens Repechage in Monaco later this month, impressed throughout Saturday, winning two of their three games as they continue to build important cohesion and match sharpness.

A 19-14 victory over GB Men (1) in their opening encounter was followed up by a clinical performance against GB Men (2), with Jordan Conroy crossing for four tries in a 29-0 win, while Terry Kennedy was also in red-hot scoring form.

Eddy’s charges were unable to complete an unbeaten day as they slipped to a last-gasp 17-14 defeat to GB Men (1) in their final outing on Saturday, with Kennedy and Aaron Sexton crossing for the hosts in another fiercely competitive clash between the sides. 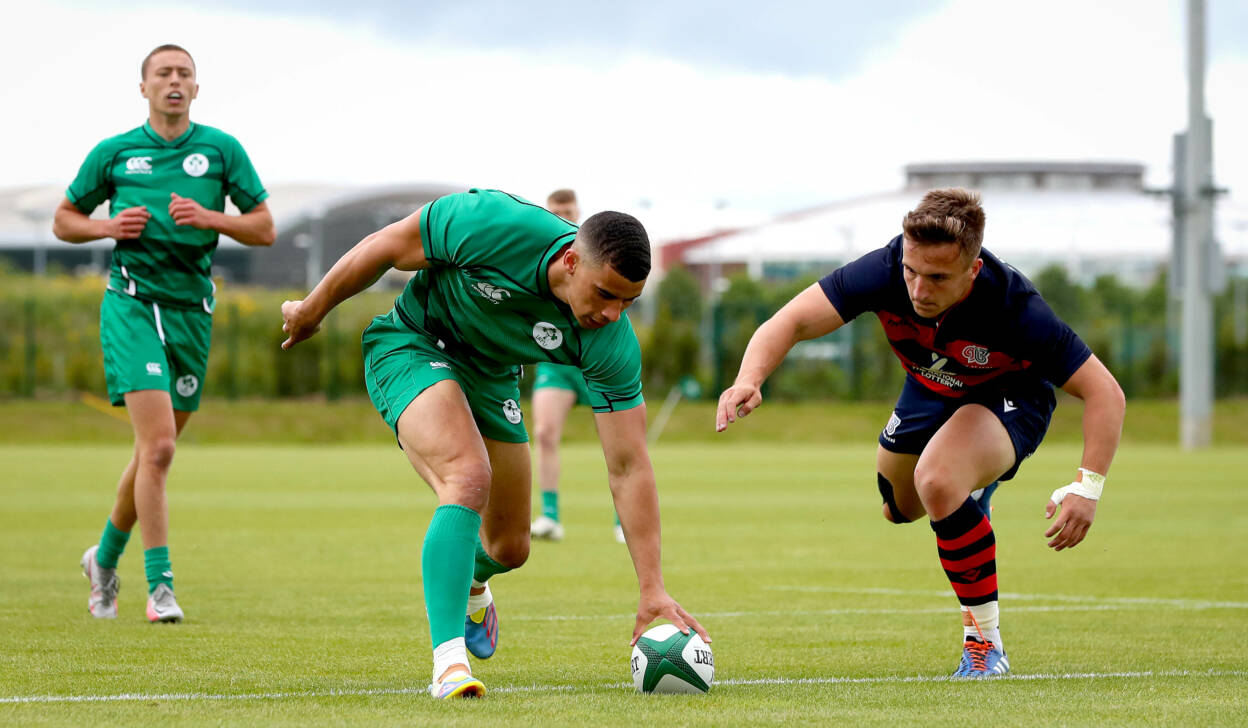 “It was a disappointing finish to the day but overall it has been a decent start for us,” Ireland Captain Billy Dardis said. “It’s great preparation for us. Coming up against a quality side like GB, who are preparing for the Olympics, is a brilliant challenge.”

Having defeated Ireland Women (2) 43-5, McNulty’s side – who were led superbly again by Captain Lucy Mulhall – were on course to make it three from three on Saturday, but a strong riposte from GB Women in the closing stages saw them clinch a 26-24 win.

Speaking afterwards, Ireland Women’s Head Coach McNulty said: “It was really positive day. We’ve spoken about going from good to great and we produced some really strong performances, mainly in defence. There is stuff we can get better at for sure, but we’re really excited about Day 2 and the opportunities that it’ll bring.”

The HPC International 7s continues on Sunday with another nine games across the day, starting with a showdown between Ireland Women and GB Women from 10am.